Well, it looks like LED-backlit TVs are here to stay. We took a peek at DisplaySearch's Quarterly Advanced Global TV Shipment and Forecast report recently, and here are a few nuggets for you to pour over. Outlook for LCD TV shipments are expected to increase to 188 million units this year, according to the market research firm, propelled in part by the rapid adoption of LED-backlit models. Interestingly, the report also mentioned that TV manufacturers and suppliers were keen to roll out more LED-backlit units in 2010 but were unfortunately hampered by a shortage of component supply. If DisplaySearch's projections are to be heard, LEDs will eventually culminate as the primary type of LCD TV backlights by 2012. They've also foretold that 9 out of 10 LED-backlit models shipped in 2010 will be fitted with edge-type backlights. To us, however, this projected trend simply means the inevitable dawn of more sleeker displays to come; not that we are complaining though. 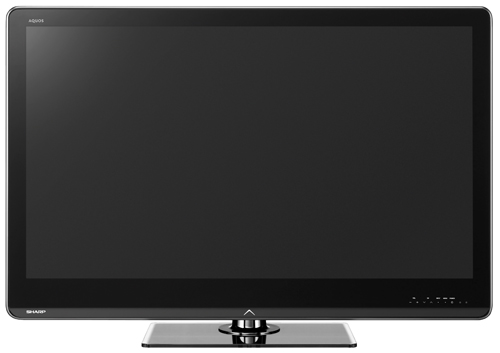 On that note, Sharp has not only waded into the popular edge-lit LED waters like the rest of big boys, but they've also added a fourth sub-pixel to their latest range of AQUOS HDTVs as well. We covered their launch event where they explained to the media of their rational for this new approach. Christened as "Quattron", Sharp's quad-color filter now embraces the yellow element on top of the standard RGB combination. Their aim? To recreate every possible color in the world on a TV, and to reproduce "difficult" hues such as brassy gold and emerald green as they were meant to be. However, the LE820M didn't attain its flagship crown solely because of its yellow addendum. There's more. Sharp's X-Gen panel is supposedly able to achieve a brighter luminance, kudos to its larger aperture which allows more light through its panels. And let's not forget about their UV2A photo-alignment technology which presumably reduces backlight leakage. Given all that jazz, it is understandable why we were eager to determine if this Full-HD entry is truly able to live up to its marketing hype. Sharp sent to our labs a colossal 52-inch representation of the AQUOS Quattron LE820M. Find out how it fares in our scrutiny over the next few pages.