Sharp has added a few image enhancements to the LE925M's advance configuration which the LE820M lacks. To name one, there's "AquoMotion" which combines backlight scanning and frame interpolation to attain its rapid 200/240Hz frame rates. Other notable qualities of the LE925M includes "Quad Pixel Plus", designed to "reproduce high-definition images with higher resolution" in Sharp's own words. And as noted in our LE820M review, there's the dynamic contrast sweetener disguised as "Active Contrast". Ironically though, we had the best experience with Blu-ray discs without relying excessively on the Quattron's picture boosters.

On Corpse Bride, and on its own, the LE925M was capable of producing lively visuals and depth. Still, we weren't satisfied with the relatively murky blacks and soft contrasts. Plus, the letter box bars were more dark gray than black at this point. Under our dimmed lab environment, we realized an optimum setting by enabling Active Contrast and further reducing the backlights' intensity to -3 and Gamma to -1. In an instant, detailing was improved. Also, note that we left the rest of the picture settings unchanged as per our calibrated figures. To add, enabling AquoMotion resulted in accelerated and somewhat unreal paces on moving subjects, albeit a more fluid motion was observed, like one particular scene where  Victor Van Dort was running over the bridge for instance. Quad Pixel Plus did little to improve the overall picture quality, on Corpse Bride at least. 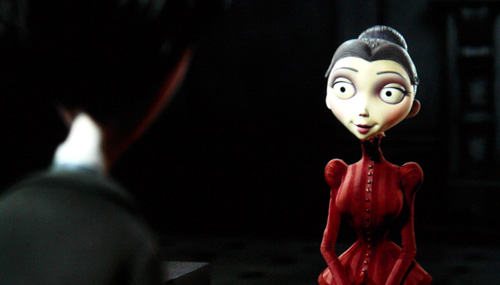 Similar results were gathered with Vantage Point. Skin tones and color accuracy were healthy, although further tweaks to the CMS palette (Color Management System) may be required to nail the best color settings according to your preference. Generally, the Movie preset yielded warmer hues and softer details on the LE925M. Conversely, the Dynamic preset was simply god-awful with its saturated and exaggerated levels. What about its 1080p24 cadence? Pacing on the telly's Film Mode Standard option was acceptable, although pushing it to Advanced (High) would result in unnatural and "tearing" artifacts. On the whole, we were pleased with the TV's black levels and depth. To enhance the TV's motion processing, Sharp has combined both backlight scanning and frame interpolation in AquoMotion. With the Scan (backlight strobing only) selection, movement was tolerably fluid, but not so much with the High preset which combines both features. In a nutshell, enable backlight scanning if you must, but we won't advise deploying the two of them in tandem. For a crisper picture quality, Active Contrast is desired.

We've said it before for the LE820M, and we'll say it again for the LE925M - this HDTV is a force to be reckoned with when souping up standard-def signals. Our DVD of choice is the X-Men "The Last Stand". Clamping the BD player to a 480p output, we found little to complain about on the Quattron's SD performance, apart from the inevitable aliasing and pixelation issues typical of DVD content.

Honestly, we braced ourselves for the possibility of crappy picture quality on the mammoth 60-inch display, since DVD sources don't show up very well on large screens. We were, instead, blown away by the way the video processor tackled the upscaling tasks and motion details on its native 1920 by 1080 display. Levels of noise grains persisted, but confident picture processing and convincing blacks definitely made up for the noisy blemishes. We cannot say for certain if the presence of the yellow sub-pixel is the cause behind the X-Men's richer colors, but hues are visibly a notch more saturated than other LED offerings on this DVD. 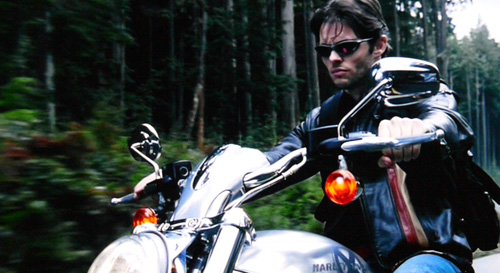