It is clear that Sharp has invested a tremendous amount of effort into their latest 3D offering to make themselves heard in a growing 3D display market. To round off its strengths, the 60-inch LE925M boasts of sleek looks and a substantial array of multimedia support. Not to mention a formidable screen which impressed us with its high luminance levels rather than the quad-pixel count. While it is true that the HDTV does not offer local dimming features, this Quattron has the right qualities such as brilliant clarity and vivid details to ensure an enjoyable HD ride. Some of its enhancements are visibly not up to speed, such as its noise reduction filters and motion enhancing features, but the final HD result is still as punchy without relying on the added perks. 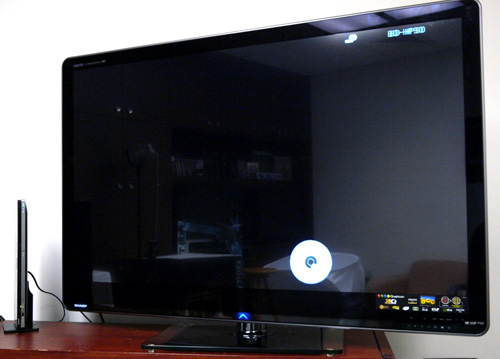 Sharp still has some kinks to iron out, such as refining its glasses' 3D to 2D conversion and TV's 2D to 3D process. When evaluated as it is, however, its 3D performance is by far more digestible than the Koreans (Samsung and LG), and a peg better than Sony's BRAVIA NX810 we've reviewed previously. Its tenacity for brighter levels also helps when watching 3D. To add, the panel's 3D to 2D impression wasn't too bad either. In a nutshell, we'll rank the LE925M as one of the more impressive 3D LCD TVs we've encountered although it still pales in comparison to the faster Panasonic VIERA VT20S (a plasma panel) with its rapid response and black levels. Final word is, would we pay ten grand for the expensive AQUOS Quattron 3D package? The answer's no. Would we recommend the versatile LE925M as a credible 3D LCD TV then? Hell yes. Now it's up to you to take it from here.