You might have spotted Sharp's "RGB+Y" advertisement on taxis, billboards and television commercials recently. In the midst of 2010, Sharp stormed the HDTV scene with its AQUOS Quattron  series, equipped with a 4-color X-Gen panel and high-contrast UV2A qualities. To recap, the edge-lit Quattrons supposedly offer a brighter luminance, faster response time, and more vivid picture quality than conventional LCD displays. As anticipated, the 3D Quattron edition followed soon after in December last year. Besides its quad-pixel display, the LE925M is perhaps more noteworthy for its dexterous 3D to 2D and 2D to 3D flair. The retail bundle will consist of the 60-inch LE925, a 3D Blu-ray player (BD-HP90D), and two pairs of active-shutter glasses (AN-3DG10-S). The entire shebang is yours if you have S$9,999 to spare. Unfortunately, Sharp is only retailing the 60-inch 3D behemoth for the near timeline. 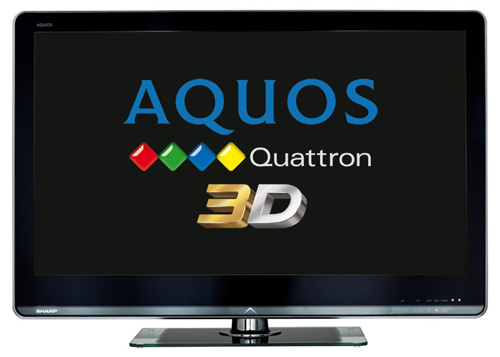 Apart from its 3D processing, you'd probably be asking - so what's new with the enhanced Quattron? Well, two key differentiators are used to boost its performance. One of them is FRED, which stands for Frame Rate Enhanced Driving. Simply put, FRED is essentially Sharp's high-speed LCD drive technology designed to improve light transmission and shave power consumption, credit to reduced wiring and components. In addition, a side-mounted LED unit is deployed with rapid strobing backlights, which works together with frame interpolation techniques to acquire a pseudo 200/240Hz frame rate. According to Sharp, these new additives were designed primarily to enhance the 3D experience, and more importantly, to reduce crosstalk.

We won't be touching upon the LE925M's design or features since they are comparable to the LE820M reviewed previously an we'll jump straight into testing the TV. Based on our 3D analysis thus far, Panasonic's VT20S plasma has trumped the LCD competition with its definitive contrasts and speedy motion resolution. Can Sharp's yellow-augmented Quattron do any better? It's time to find out as we put the TV through its paces in the following pages.