Note: This review was first published on 19 May 2020 and republished again as it's now on sale at Comex. 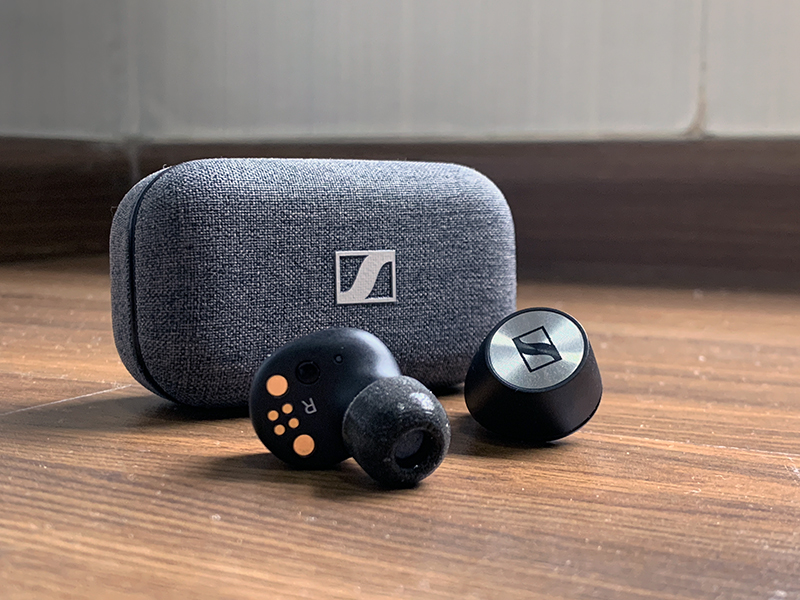 Some months back, we reviewed the first generation of Sennheiser’s Momentum True Wireless, the revered audio brand’s first entrant into the increasingly crowded true wireless earbuds segment. And while it was a very attractive and competent device, it was ultimately set back by flaws that marred the overall user experience too much for us to recommend it unreservedly.

This year, Sennheiser is back with the second iteration of the Momentum True Wireless, promising better battery life and new features like active noise cancellation. But did it inherit the flaws of its predecessor and has Sennheiser finally fixed our biggest complaints? 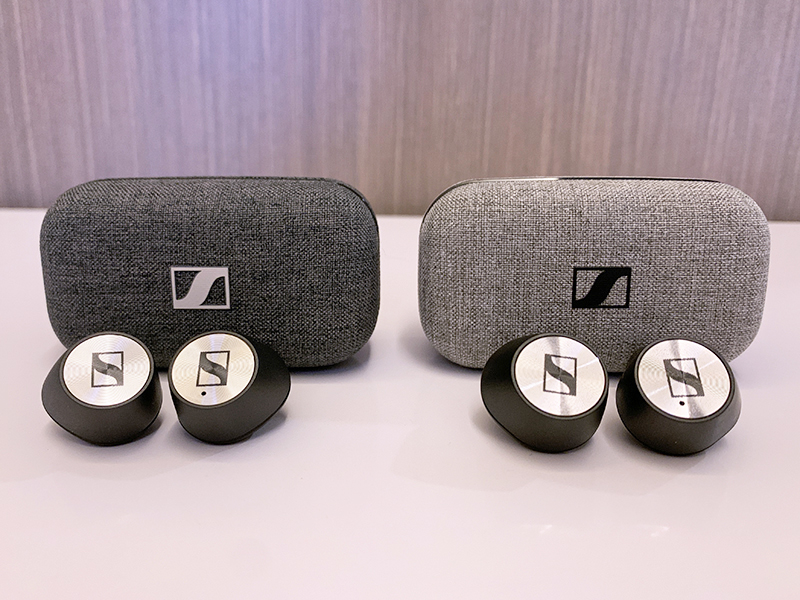 The dark grey variant is the more sophisticated looking of the bunch, sporting a sleek and understated silhouette. I have mixed feelings about the tan-and-white variant, though. While the white earbuds look striking, I expect the tan coloured case to demand only a love or hate relationship. I’m sure it will have its fans, but I just can’t get into it. Perhaps it will look better in real life once this colour variant ships later this year.

No matter if you choose grey or tan, you’ll find that the MTW2 is virtually identical to the MTW1 in other respects. The case is identical in size and is clad in the same fabric as before. The earbuds themselves appear to be slightly smaller, but still fit firmly in my ears with its twist-and-lock mechanism. The earbuds still sport the shiny metallic cap with a radiating design, and snap into the case with a satisfying thud.

Overall, this is not a bad thing. The form factor of the MTW1 was already one of the best in the market, so why fix the parts that aren’t broken?

What I was more interested to find out was whether Sennheiser fixed what was I thought were the two biggest flaws in the previous model: battery life and touch controls. 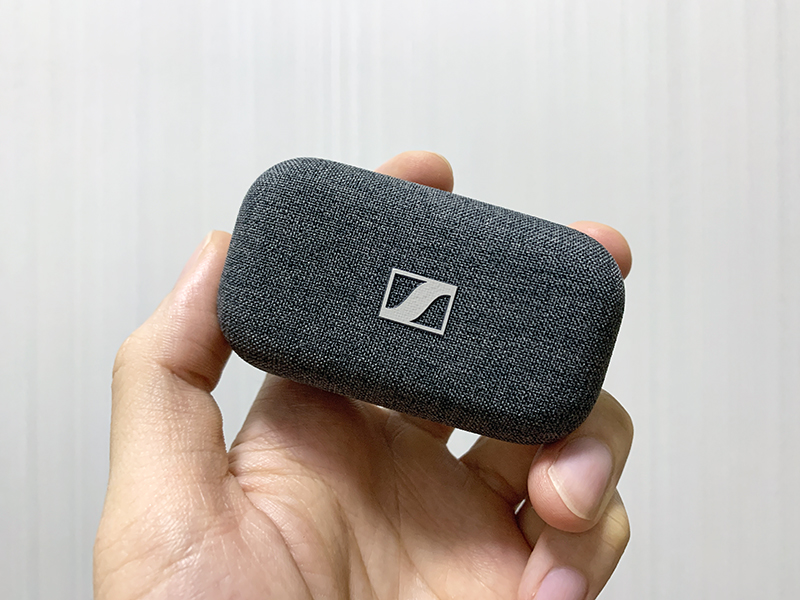 To cut a long story short: yes, these issues have been fixed in their own ways.

To recap, the MTW1 suffered from a severe battery drain issue that left your case dead after a few days of doing absolutely nothing. Sennheiser has acknowledged the issue and attributed it to how it implemented the model’s idle mode. Simply put, the MTW1 never truly switches off. Instead, it maintains a constant low-power connection to your phone so that it can quickly resume its connection and let you get back to your media in a split second. This also allows the MTW1 to automatically answer an incoming call from standby if you just extract the single right earbud from the case.

In the MTW2, Sennheiser tells me that this approach has not changed. The earbuds still maintain a low-power connection to your phone while idle so that it can deliver all the benefits listed above. However, it does so in a much more energy-efficient manner thanks to its new chipset based on the newer Bluetooth AptX 5.1.

To test this out, I charged both the new MTW2 and my own personal MTW1 to full capacity, and then just let them sit on my desk for a week. In less than a week, the battery on the MTW1 went completely dead as expected and had to be recharged from scratch.

The battery indicator light on the MTW2, on the other hand, continued to flash a reassuring green. The earbuds showed 100% battery life on my iPhone even as I continued to use them, which is a good sign that they’re continuously being charged. At the time of writing, I’m heading into my second week of using the MTW2 sporadically without charging the case, so all seems to bode well on this front.

To conduct a full battery rundown test, I kept Spotify playing on the MTW2 at max volume and with active noise-cancelling turned on. It lasted just under five hours which is not too far off from the seven hours promised by Sennheiser. Under normal usage with active noise-cancelling turned off, you should get a number that's much closer to seven hours.

Sennheiser has stuck to the same unintuitive touch controls found in the MTW1, which translates to a steeper learning curve for newcomers. Single, double, and even triple taps translate to a variety of input options on the earbuds, but dramatically increases complexity in operating the earbuds. 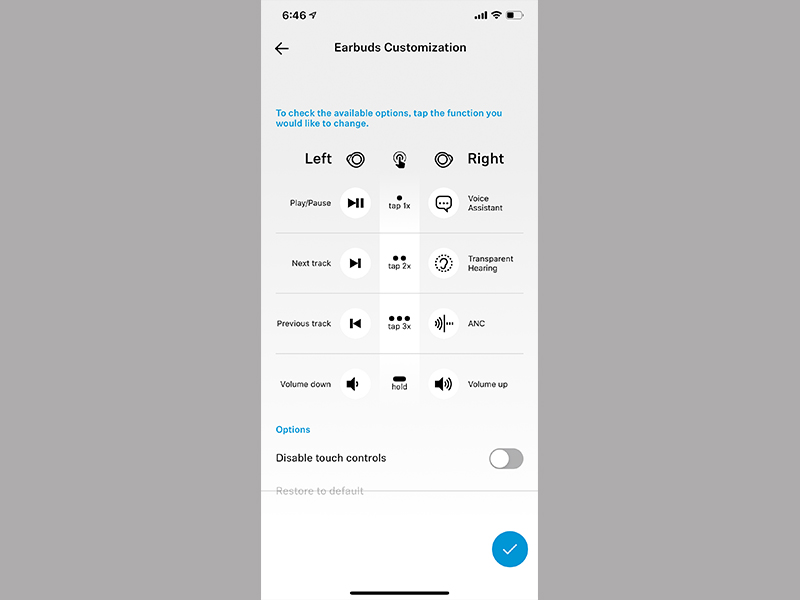 Overall, this approach is a good balance between ease of use and giving users advanced controls. You get to change the controls to something that actually makes sense to you personally, including the option of making them even more arcane if that strikes your fancy.

The same great sound quality found in the MTW1 has also made its way into the MTW2. Like the MTW1, the MTW2 features 7mm dynamic drivers and whether it was movies, music or games, I simply couldn’t find any fault with the earbuds. The sound was rich, crisp, and balanced, and detailed across the spectrum. And if you think something isn't quite to your liking, you can tweak it using the equaliser function in the app. Overall, my review of the MTW1 still applies to the MTW2 on this front. Sound is subjective but I think a lot of people will find the MTW2 to be a pleasant and satisfying listen.

I was especially keen to try out the new active noise-cancelling feature, but this proved to be pretty difficult in a time when everyone is encouraged to stay home. I resorted to blasting ambient noises from my home speakers as a workaround, of which there is a surprisingly wide variety on YouTube, from airplanes to trains and buses. 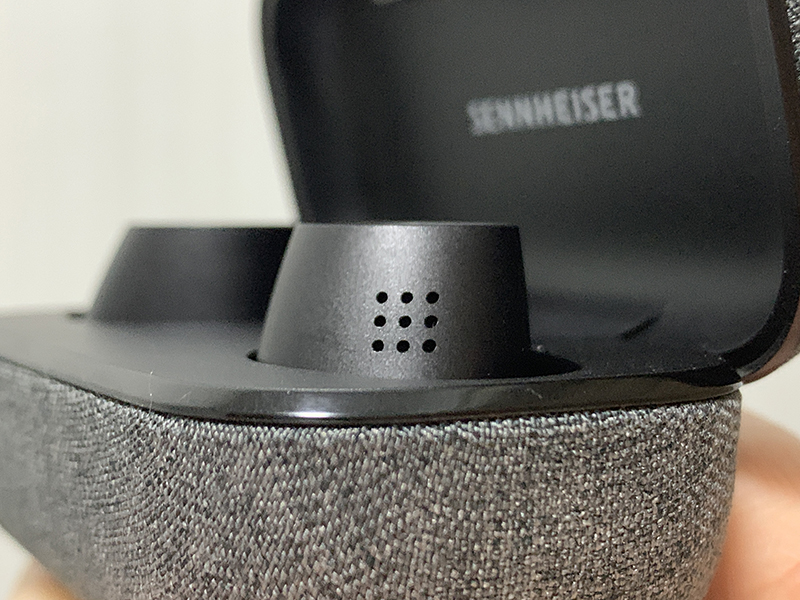 The MTW2’s active noise-cancelling worked well in cancelling out low rumbles but did not perform as admirably otherwise. It doesn’t quite create a vacuum in your head like Sony’s WF-1000XM3, and you will still be able to hear normal or higher pitch noises leaking through if your music is not loud enough. On the upside, however, it places little to no pressure on my ears so I didn’t find it too uncomfortable. In fact, I totally forgot that active noise-cancelling was turned on after a while.

What worked really well with the active noise-cancelling was the good seal created by the silicone eartips. On a whim, I went a step further and ordered some custom Comply tips made of memory foam, and the result was unbelievable. The seal was so good and worked so well with the active noise-cancelling that I couldn’t hear a single thing outside of my music.

That said, I highly recommend turning on the “transparent hearing” feature on the earbuds when you’re out and about so that you can hear traffic coming towards you. This is a feature carried over from the MTW1 that uses the mic to pick out your surrounding sounds and play them back to you in real-time. It works very well and will help you pay better attention to your environment. Naturally, this feature is mutually exclusive with the active noise-cancelling -- they can't both be used at the same time.

Call quality was also decent. As I’m working from home, I took a whole day of conference calls with the MTW2 and no one complained. The only feedback I received was that I sounded too far away at certain points during the call. It's not perfect, but it's not a dealbreaker either. 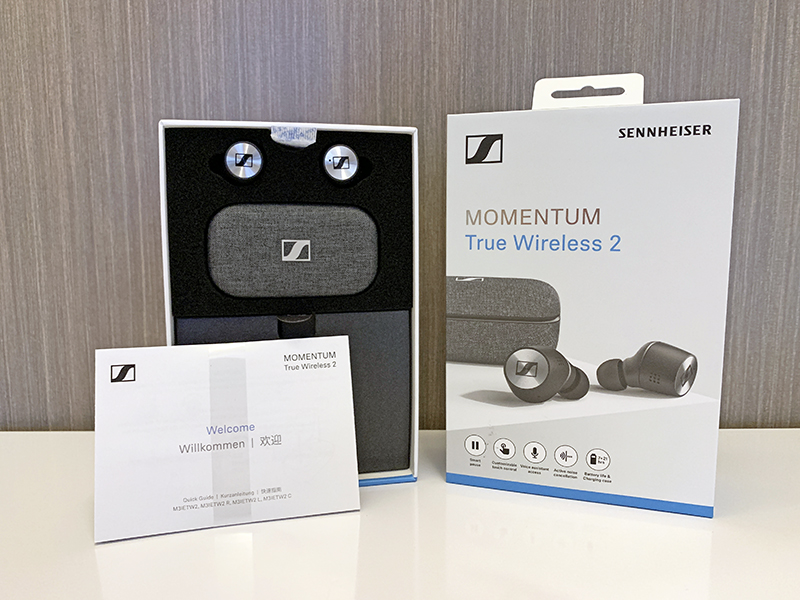 All the good stuff from the MTW1 made its way into the Momentum True Wireless 2 , and then some. It’s an outstanding pair of true wireless earphones with great sound and some neat features like active noise-cancellation and IPX4 water resistance. These are aspects that not all leading true wireless earbuds feature, so that's a definite plus. What's more, the battery drain issue has been fixed and workarounds provided to ease the learning curve for complicated touch controls. That said, there's room for improvement as it lacks some other features like wireless charging (that we were expecting at its price point).

Perhaps the biggest stumbling block is cost. At S$449, it may be slightly less expensive than the model replaces but it's still a pricey headphone. It’s even more expensive than the Apple AirPods Pro, for example, which retails for only S$379. Now, we can argue all day about the merits of Apple products, from technical capability to pricing, but there’s no denying that the AirPods Pro is a highly desirable product. It's also dearer than Sony's very capable WF-1000XM3.

On the other end of the spectrum, you have products that work just fine for their very affordable asking price, such as the Soundpeats TruEngine 2.

Ultimately, the Sennheiser Momentum True Wireless 2 is a very accomplished set of true wireless earbuds. What stands out the most for Sennheiser is the MTW2’s sound quality – something that is near impossible for any other brand to replicate with a very high level of fit and finish. With that as the anchor feature wrapped up in other nifty features, we have no reservations in recommending the Momentum True Wireless 2 as long as you can stomach the hefty price tag.

Note: You can buy the Sennheiser Momentum True Wireless on the official Sennheiser store via Lazada or at Sennheiser's own web store now.