From Over to On

As the colloquial name for supra-aural headphones suggests, they rest on the ears of the user. Compared to circumaural headphones, on-ear headphones provide better ventilation for the ears. Hence users do not have to worry as much about problems such as over-heating. For this reason, supra-aural headphones have found use in scenarios where constant headset use is required, for example, at call centers. Of course, on the flip side, because they press on the user's ears, some may find them to be more uncomfortable than over-ear designs. 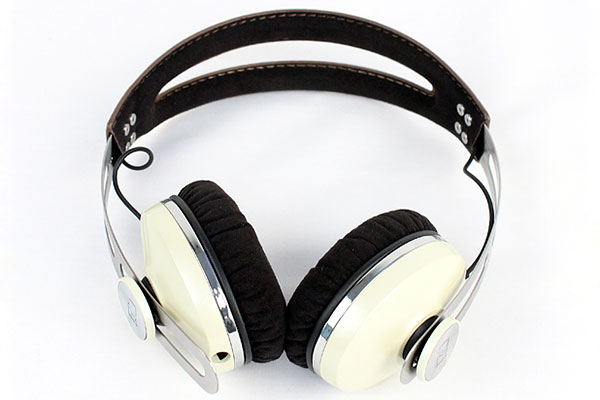 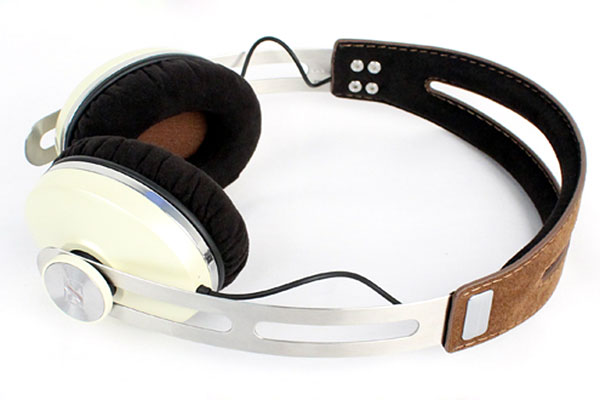 This ivory color is perfectly accented by the functional stainless steel that has been used to construct the slider headband. Sennheiser has also provided Alcantara trimming and cushioning, resulting in an extremely premium feel, especially the earpads. For those not in the know, Alcantara is a suede-like material made from 68% polyester and 32% polyurethane. The fabric is more commonly used in high end cars such as Porsches on the dashboards and even employed by Williams for the seat cover of its F1 car. On the whole, Sennheiser has done a commendable job in constructing a good looking pair of headphones with a premium, quality finish.

That said, if you don't like the ivory color, the Momentum On-Ear is also available in pink, green, and blue. 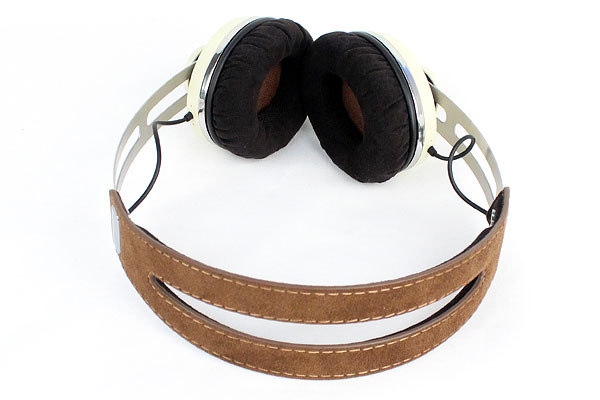 At its core, Sennheiser is an audio equipment manufacturer renowned for the high sound quality its products deliver. This performance is underpinned by top grade hardware. Besides its pretty looks, the Momentum On-Ear headphones have some very decent specs: an impedance of 18 ohms and a frequency response of 16Hz to 22,000Hzm both of which are identical to the Over-Ear version. This leads us to believe that there are many similarities between the two models when it comes to components used. 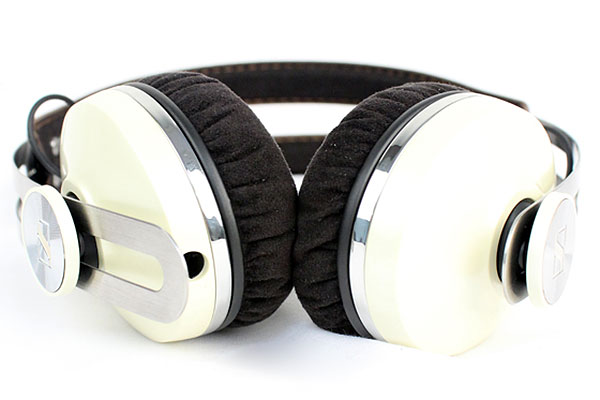 The Momentum On-Ear however does have a SPL (sound pressure level) of 112dB (over a 1kHz 1Vrms signal) versus the 110dB of the Momentum Over-Ear. What this means, in simple terms, is that the On-Ear version is a wee bit more sensitive, as less power is needed to get the same volume of sound. For what it's worth, THD (total harmonic distortion) for both versions is less than 0.5% (1kHz, 100dB SPL).

Keeping in line with the modern trend of using smartphones as portable music players, the Momentum On-Ear's cable (1.4m in length) comes with a three-button in-line control pod and microphone, which Sennheiser cheekily calls the iRemote. The regular options to control volume are available with this metal remote. A single-press of the center button plays or pauses tracks, a double-press plays the next track, and a triple-press puts the playlist one track back. A long press vocalizes the name of the track and the artist.

What's important to note here is that the control pod is optimized for “iDevices”. We had no problems using the controls with our 7th generation iPod Nano. However, when paired with an Android-running Samsung Galaxy Nexus, we were unable to access volume controls via the remote. On the PC, none of the features were available.