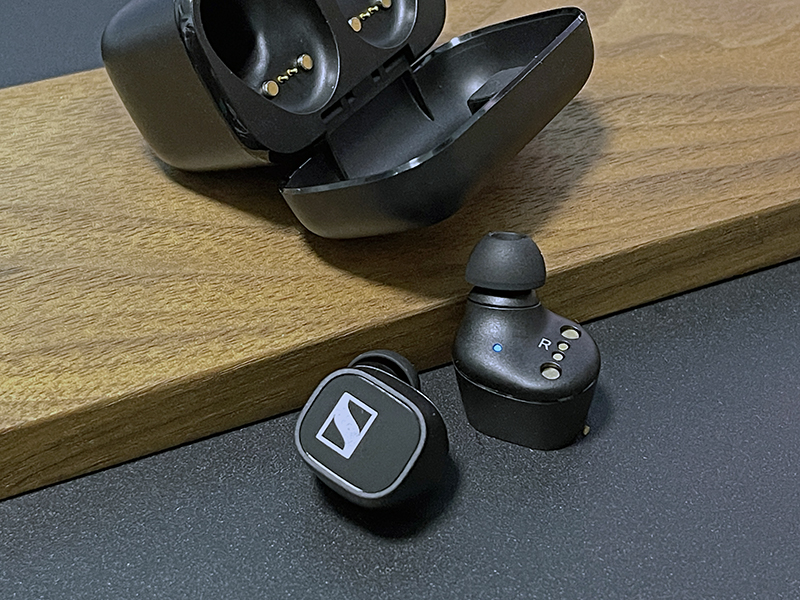 When we reviewed the Sennheiser Momentum True Wireless 2 (MTW2), we called it “almost perfect” due to its exceptional sound quality, design and build, and overall features. Points were docked for its less impressive active noise cancellation feature and its high price point.

With the CX 400BT, Sennheiser took direct aim at these complaints by… removing them entirely. The venerable audio brand’s first pair of mid-range true wireless earbuds come without active noise cancellation and drops several other features to achieve a more palatable price point of S$299.

To be fair, it's not exactly a price where one would do an impulse purchase so let's check it out in greater detail to see what it offers. 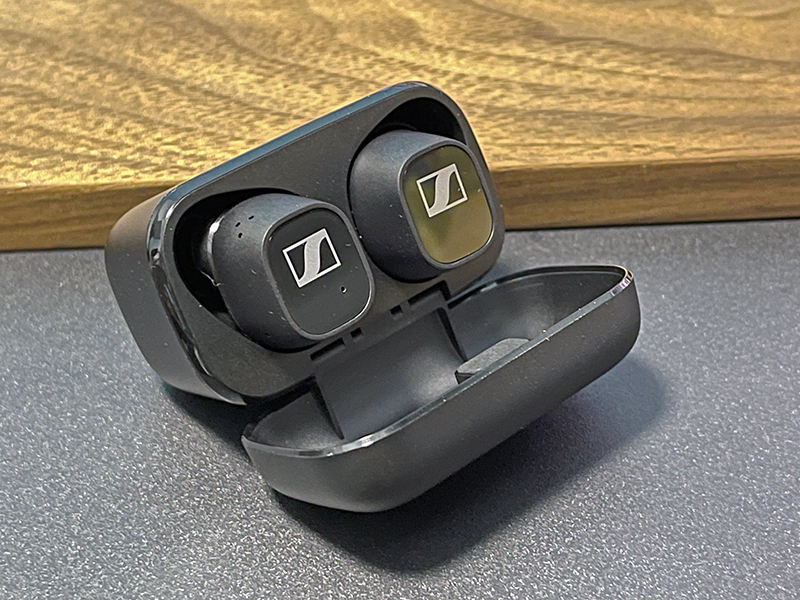 The CX 400BT looks nothing like its more expensive sister, from the charging case down to to individual earbuds.

Unlike the premium look and feel of the fabric clad MTW2, the CX 400BT sports a more vanilla plastic aesthetic that can easily be mistaken for any other generic true wireless earbuds if not for the clear Sennheiser logo stamped on each bud.

The case is made of matte plastic and feels slightly cheap to the touch. It also has kind of an odd trapezium shape to it that makes it look top heavy. But overall build quality is solid and you can tell that the little are things done right, from the strong hinge that swings open without a creak and the little magnets that secure the buds when they’re docked in. It doesn't support wireless charging and charges only via USB-C. 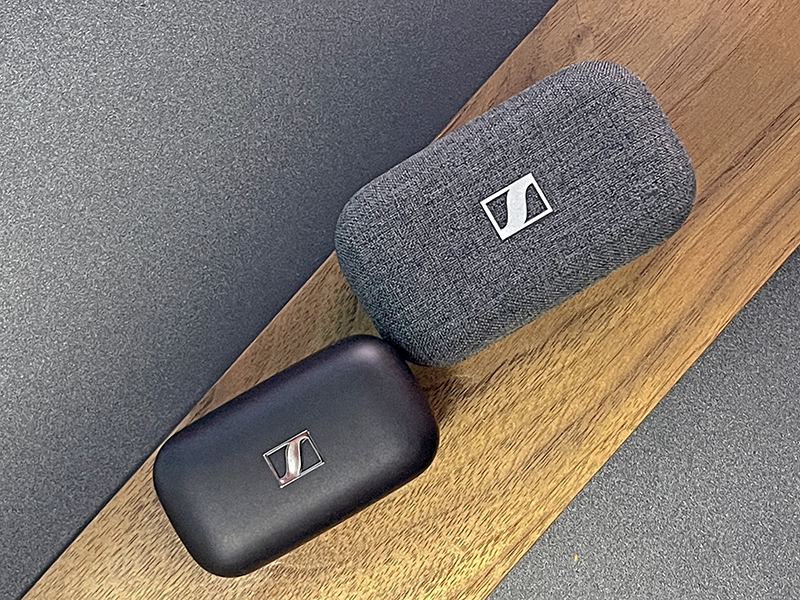 Unfortunately, the smaller case also translates to a shorter battery life compared to the MTW2. The CX 400BT is rated for seven hours of continuous listening, with an additional 13 hours in the case. This is not bad by any measurement, and it never bothered me. In fact, you’ll likely pop the earbuds back after just an hour or two under ordinary usage. I could go a whole week without charging the CX 400BT.

The CX 400BT earbuds discard that signature MTW2 metallic cap with glossy plastic and take on a more squarish look. There’s really no technical reason for this change, besides making it more obvious that this is the cheaper model.

As the glossy plastic doubles as touch controls, it will start to attract your finger’s oil and dirt almost immediately. Similar to the MTW2, Sennheiser also lets you customizer the touch controls on the CX 400BT through its companion mobile app, which is a great plus. This includes your usual play and pause, volume control, and summoning of voice assistants.

As mentioned earlier, you don’t get any form of active noise cancellation or transparent hearing with the CX 400BT. Admittedly, I didn’t miss these features that much. It turns out I don’t really use them on my MTW2 that much to begin with, and the lack of these features meant a fewer things for me to think about, leading to a simpler user experience. 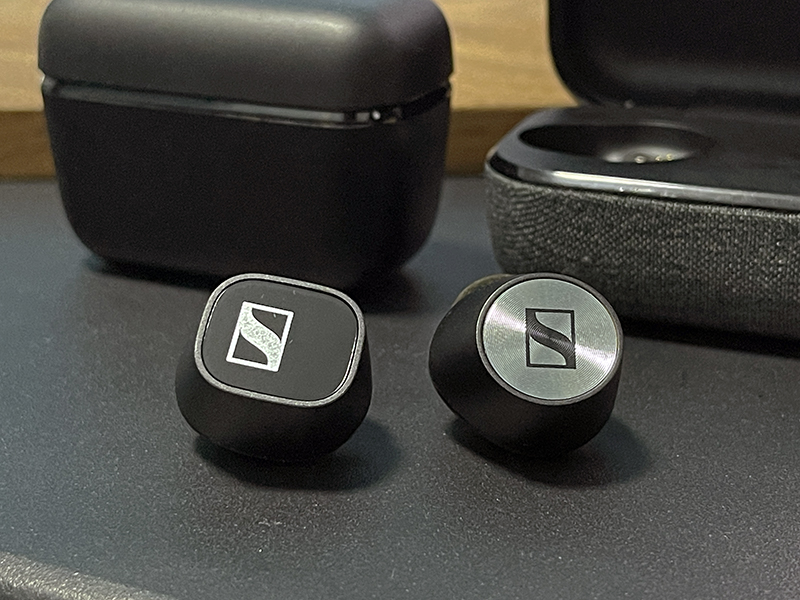 From the side, the earbuds of both models have almost exactly the same profile, which helps it fit in my ear just as well as the MTW2. Because of the plastic, they do feel lighter in the ear, but I didn’t feel like they were in danger of falling out.

Unfortunately, for the lower price, you also don’t get any sort of water resistance, making it unsuitable for those with more active lifestyles. But unless you sweat buckets with every activity, the CX 400BT should hold up in light workout scenarios in an air-conditioned gym.

So far so generic. Based on its feature set, the CX 400BT appears to be a mid-range pair of true wireless earbuds competing with an ocean of similar products. But what makes it truly stand out and potentially justifies its asking price is one small but important thing: sound quality.

With the CX 400BT, Sennheiser makes one simple but noteworthy promise: an identical acoustical system to the MTW2 using the same 7mm dynamic drivers. This means that you could effectively enjoy the same signature Sennheiser sound quality in a device that’s S$150 cheaper.

On its own, the CX 400BT sounds marvellous, with a level of balance and detail that meets my expectations of Sennheiser’s high-end earbuds. The sound was fluent and competent no matter the genre I threw at it.

It's also worth pointing out at this point that the CX 400BT supports all major wireless codecs including AAC, aptX, and good old SBC. This is important to mention because increasingly we are seeing manufacturers of wireless headphones drop support for aptX, which is weird because the majority of Android devices rely on aptX for high-quality wireless audio transmission. SBC is the default codec for all wireless audio devices but should be avoided for its low bit-rate and quality.

As usual, I tested the earbuds first with popular songs that most people will find themselves listening to, such as Spotify’s Top Hits Singapore playlist.

In your typical pop songs like Shawn Mendes’ Teach Me How To Love or BTS’ Life Goes On, you get crystal clear vocals, detailed mids, and just the right amount of punchy bass.

Unlike many other reviewers, I didn’t find the highs on the CX 400BT too hard to handle, with just the right amount of brightness. But I chalk that up to personal preference.

Despite its great sound, I wouldn’t go as far as to claim that the CX 400BT had the exact same sonic performance as the MTW2. In a side-by-side comparison, there are some slight discernable differences.

If I switch between both models in quick succession, I found that the highs are indeed harsher on the CX 400BT than the MTW2. The former also fails to produce as much detail than the latter, resulting in a comparatively muddier sound. This is evident when you put on more complex tracks like Muse’s Take a Bow.

But unless you enjoy switching back and forth between different earphones models on your daily commute, these differences hardly matter. The CX 400BT produces sound that’s among the best I’ve heard on true wireless earbuds, hands down. 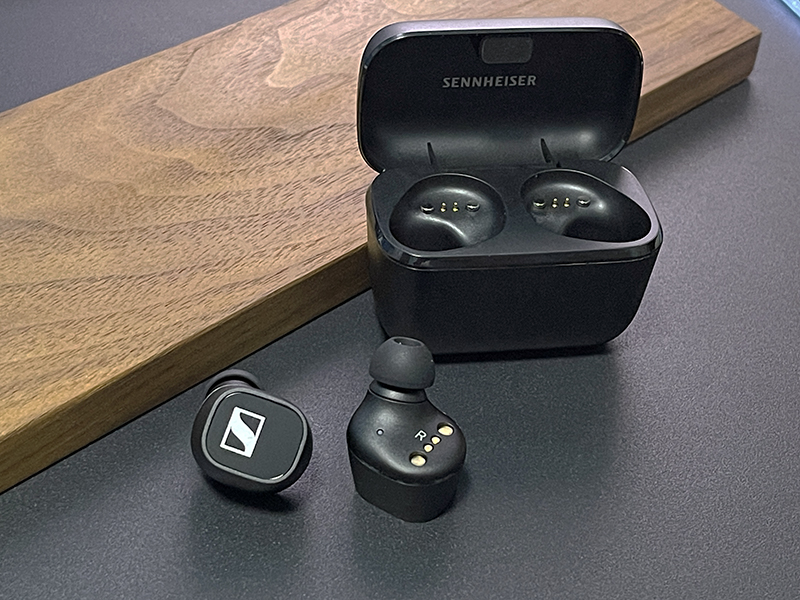 There’s just one sticking point: S$299 can’t really be considered “affordable”, despite what Sennheiser wants us to think.

You can get perfectly capable true wireless earbuds with great sound for even lower prices. The Jabra Elite 75t, for example, offers both active noise cancellation and excellent IP55-rate durability for just S$288, neither of which the CX 400BT has up its sleeves. However, the same can't be said of sound quality of the Jabra pair when compared to the Sennheiser set.

And if you don’t mid settling for lesser features for an even lower price, your options broaden to include the ever-popular Apple AirPods or Google’s own Pixel Buds, neither of which have active noise cancellation nor other fancy features, but are attractively priced at S$239 and S$269 respectively.

But none of these competing earbuds have that special sauce that makes the CX 400BT so compelling: that prized Sennheiser sound. Also, the CX 400BT is one of the few true wireless earbuds to support aptX. So if you are an Android user that's fussy about audio quality, that's something to consider.

Ultimately, you’ll have to decide if these features are worth paying a slight premium for. Also, if you're mulling over the lack of active noise cancellation and IP-rating protection, think of the Sennheiser CX 400BT as great sounding pair of earbuds for home use that also double up for occasional outdoor usage if you prize audio quality over all other needs without the ultra high price tag of the MTW2.

You can buy the Sennheiser CX 400BT on the official Sennheiser store via Lazada or at Sennheiser's own web store now.