Seagate Backup Plus 4TB HDD: Your digital library in a pocket

Seagate Backup Plus 4TB: Your digital library in a pocket

Your digital library in your pocket

As sure as the sun rises in the east, hard disk manufacturers are constantly pushing the envelope and giving us bigger than ever hard disk drives. The latest developments in the hard disk drive space now sees manufacturers capable of squeezing 4TB of capacity into a 2.5-inch form factor drive, albeit a fairly thick one. 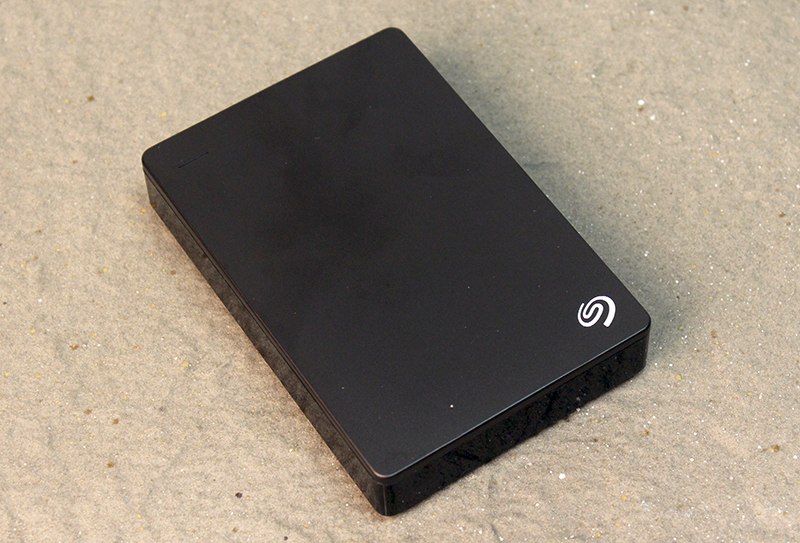 Though SSDs are steadily increasing in capacity, hard disk drives are still important devices for most users. With 4K being dubbed as the next big thing for displays, media is now being captured and shared in greater resolution than ever, and that means larger file sizes. Take the new iPhone 6s and 6s Plus, for example, they now record video in 4K. And according to Apple, a minute of 4K video recorded using the new iPhones will take up around 375MB. In comparison, a minute of video recorded at 1080p will take up about 130MB, or roughly a third of what a 4K video would. Hence, hard disk drives are still the best means of storing media like photos, music and videos, where performance isn’t as critical as the need for capacity at a reasonable cost.

And the latest high capacity portable external storage device to hit the stands is Seagate’s Backup Plus 4TB drive. 4TB portable external hard disk drives aren’t new, we already had them last year, so what’s new about this particular one?

The Seagate Backup Plus 4TB

The Seagate Backup Plus 4TB drive looks just like any other portable external hard disk drive. It's rectangular and only comes in black and is quite well sized despite the large capacity. It’s fairly thick, measuring at 20.5mm, but it’s overall footprint is slightly smaller than that of Seagate’s older Backup Plus drives. And at 246g, it is definitely light. So overall, the Backup Plus 4TB is certainly portable. The only thing of note is the small little LED indicator on the top left corner that shows you if the drive is working. 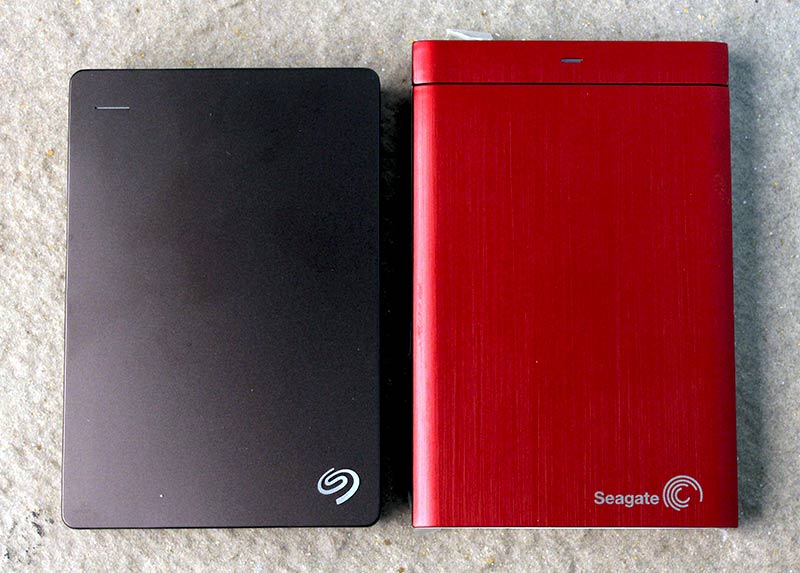 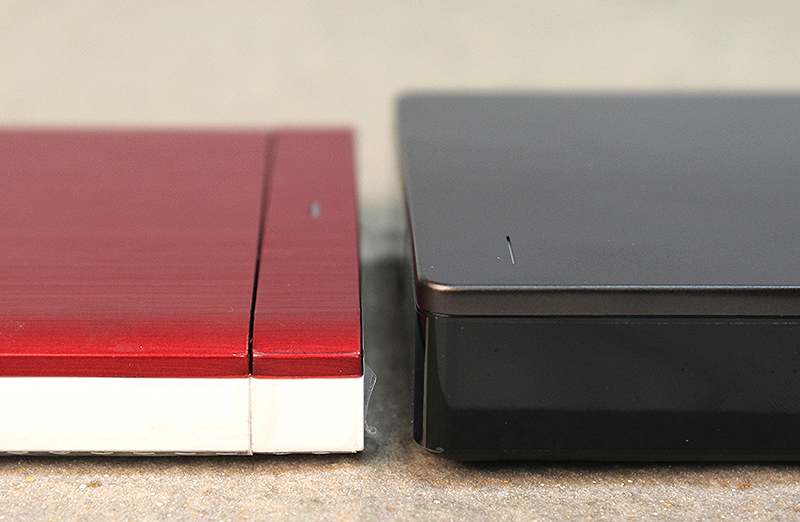 For those concerned with drive failure, the new Backup Plus is arguably the more reliable drive because it consists of just one drive. The older Backup Plus Fast was as we said made out of two drives configured in a RAID 0 configuration that cannot be altered. This meant that if one of the drive was to fail, you’d lose all your data. 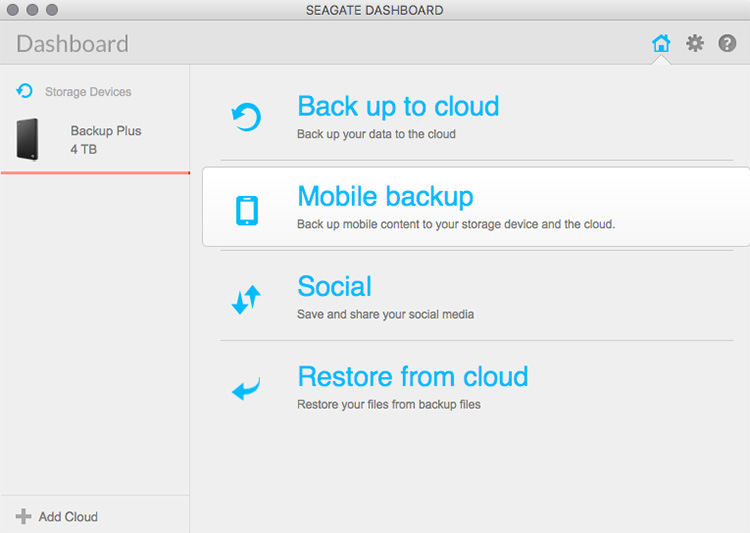 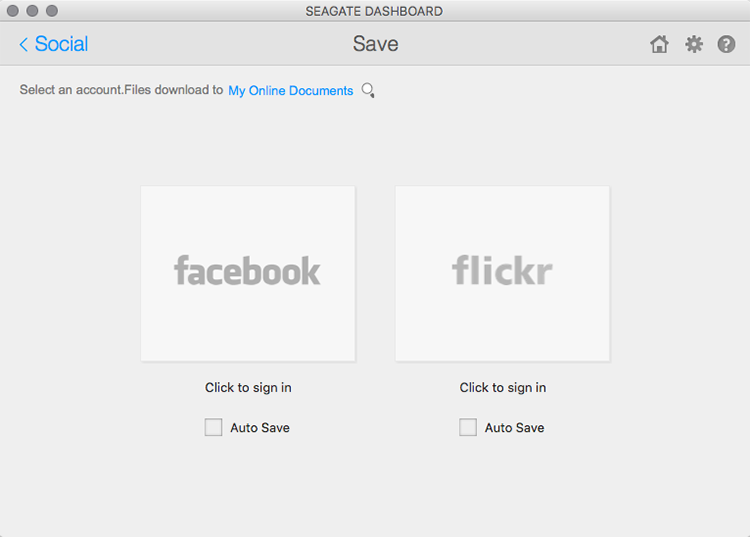 Moving on, we have to talk about setting up and Seagate’s Dashboard utility. The Backup Plus ships in NTFS format, but Mac users need not worry, the setup program that comes bundled with the drive will help you setup the appropriate NTFS drivers so that you can read and write to the drive, and also use it interchangeably with PCs.

The setup utility will also help you install the Seagate Dashboard utility, a nifty piece of software that helps you with your backups. The Seagate Dashboard can help you schedule backups to the Backup Plus drive or even to cloud storage service like Dropbox, Google Drive or OneDrive. Speaking of OneDrive, Backup Plus comes with a two-year plan of 200GB of OneDrive storage from Microsoft. This can be used for files that you need access to regardless of where you are.

Seagate’s Dashboard utility can also be used to backup your social media services. Right now it works with Facebook and Flickr, and automatically saves your photos and videos from these services into the Backup Plus drive. Additionally, the Backup Plus can also be used with your Android and iOS mobile devices. You’ll need to download the free accompanying Seagate Mobile Backup app on the App Store or Google Play for this and you will be able to backup your mobile devices through Wi-Fi.

CrystalDiskInfo reveals that inside the Backup Plus drive is a Seagate Momentus ST4000LM016 drive. It spins at 5400rpm and has a 16MB buffer. It also achieves its 4TB capacity by the way of five 800GB platters.

For comparisons, we will be comparing the the new 4TB model against an older Seagate Backup Plus 1TB model.

On AS SSD, the two drives were actually quite comparable overall. The new 4TB Backup Plus enjoyed higher sequential read speeds and was also surprisingly quick when it came to 4K writes. However, its performance dipped quite considerably on the more intensive 4K, 64 queue depth workloads. Here, its read and write speeds were only half of that of the 1TB Backup Plus. Nevertheless, it’s worth noting that most users won’t subject their portable external hard disk drives to such workloads since they will only be mostly used for copying large files or backups. In that respect, the new 4TB Backup Plus performs commendably.

For our timing tests, we recorded the time it took for us to copy a 15GB large folder containing movies, photos and music to the portable external hard disk drive. The new 4TB Backup Plus was about 10% faster, recording a time of 175 seconds.

Do you really need 4TB?

With performance of portable external hard disk drives generally being quite similar, the main concern for most users is price and here’s a table to summarize how the new 4TB Backup Plus drive stacks up against other drives in the Seagate family.

As you might have expected, as the only single drive 4TB portable external hard disk drive in the market, the 4TB Backup Plus commands a considerable premium. Looking at the table complied, we can see that from a cost per terabyte perspective, it is over 40% and 20% more pricey than the equivalent 2TB and 1TB Backup Plus Slim drives. The table also shows that for the best value, the 2TB Backup Plus Slim is hard to beat. 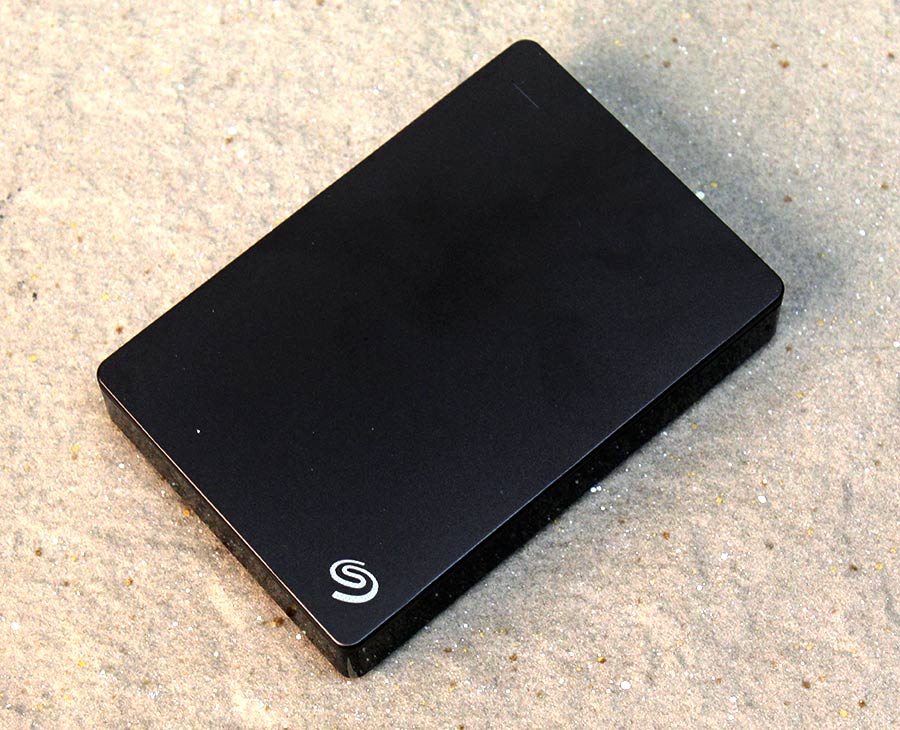 With performance between the two drives being quite similar, your purchasing decision would be heavily dependent on your own requirements and needs. The question to ask, therefore, would be if you really need 4TB of storage. And if the answer is yes, do you really need 4TB all in a single drive? Because at S$425, you can easily get two 2TB drives and a single 1TB drive and still have spare change. If the answer is still yes, then there are hardly other alternatives.

The other 4TB drive in the market, the Western Digital My Passport Pro is a whopping S$609 and it's Thunderbolt-only. But if you don’t mind a smaller capacity, Western Digital’s largest single drive portable external hard disk drive comes in at 3TB and retails for S$289.

All in all, the new 4TB Backup Plus from Seagate is a solid drive. It offers tons of storage and comes bundled with Seagate’s very excellent Dashboard utility software which makes backing up a breeze. It’s also very compact and portable. The only downer is its high price tag as with most new and exclusive tech products.

We have just been informed that the price of the Seagate Backup Plus 4TB is S$329. At this price, the drive is actually quite good value for money, because it's cost per gigabyte ratio is even lower than that of the 1TB variant of the Seagate Backup Plus. And at S$329, it's only about S$40 more than the 3TB Western Digital My Passport Ultra. We have also updated the drive's ratings and scores to reflect this.