Samurai Shodown starts off nice but quickly fizzles out

Things shouldn't be kept too simple 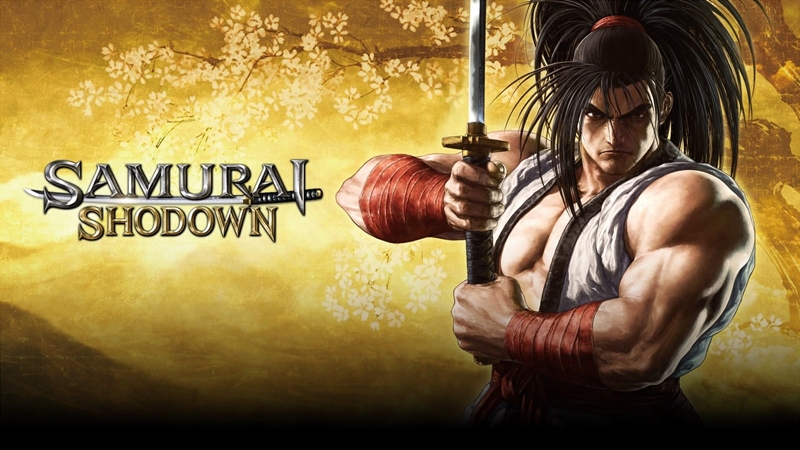 For those who like fighting games but just wish there'd be a few more pointy bits in them, then you might want to take a gander at SNK's Samurai Shodown. Instead of hurling energy blasts willy-nilly or turning into black-winged devils, Shodown keeps it relatively simple and embodies a "back-to-basics" approach to combat. Which is to say that there won't be any super-fancy 35-hit juggle combos and suchlike here - you'll still get to play the game even if your opponent catches you off guard with a well-timed punch.

But before we get into the punching, slapping, kicking and slashing, let's take a look at what's going on in Samurai Shodown first.

Once upon a generic storyline 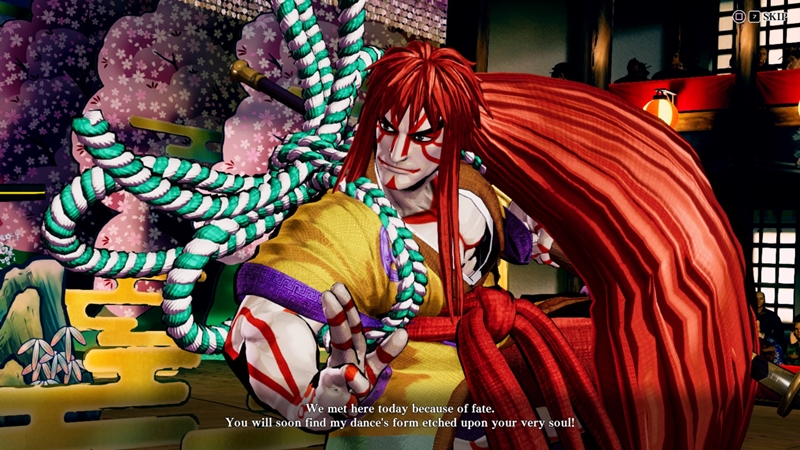 Of course, that's assuming there was much to be said actually. It's just your everyday arcade "campaign" - you've got a bunch of combat instances against various CPU opponents, culminating in a big boss fight at the tail end. After beating that, the curtains come down, you're tossed over to the credits screen, and that's a wrap for the story. Still, let's have a little run-through of the synopsis for the fun of it.

Samurai Shodown's narrative takes place sometime during Japan's Tenmei era (circa 1787), which places it between the events of the 1993 game and Samurai Shodown V. As such, it's often been referred to as a reboot of sorts for the series, although we've yet to see if SNK intends to build on this "clean slate" yet. 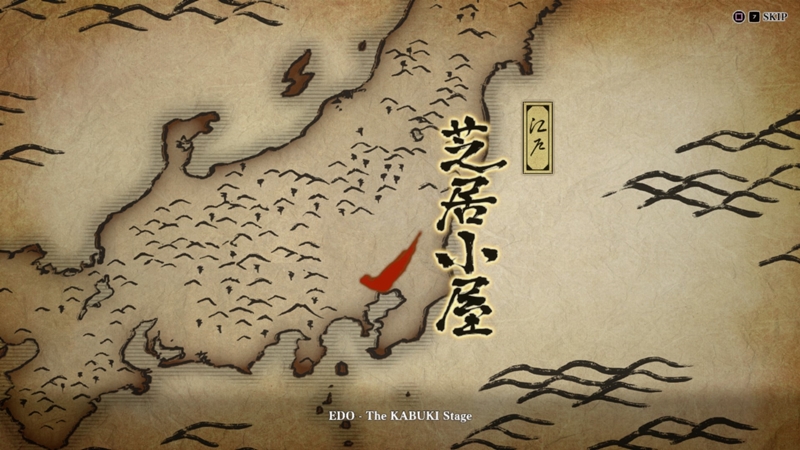 Anyway, here's where your typical "world on the brink of destruction" theme comes into play. With most of the land ravaged by fire, famine, and ruin, the situation in Japan is already dire enough at it is, but an even greater evil in the form of Shizuka Gozen, a deceased young lady whose spirit is trapped in Yomi (or Eternity, as the game calls it), looms on the horizon, threatening to destroy the world in its entirety. So, as the various characters make their way across the land fueled by their own curiosities and desires, they'll eventually come face to face with Shizuka herself, with the fate of the world resting in their hands.

Yes, the plot isn't the most genre-defining one to grace our screens. In fact, it's as cliche as they come. Which is why we won't dwell on it too much. On to the gameplay - it's time to slice some poor fellows up! 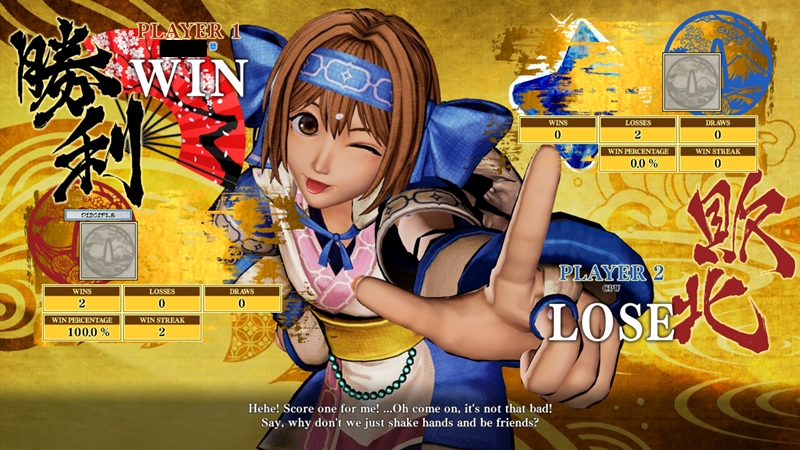 To tell you the truth, my initial impression of Shodown's combat was pretty good, and the underlying message that "I ended up disappointed" should be considerably obvious here as well. But let's not jump the gun; the game's combat aspect does nail several things down right, even if one of them happens to be a double-edged sword.

Aesthetically, there isn't much that ruffles my feathers - I found the visual package rather solid in general. Everything from the characters to the audio and even the weapon animations are satisfyingly rendered, and that's especially great for a fighting game. There's just enough "oomph" for you to get a kick out of your sword (or four, in Tokugawa's case) cutting into the enemy, or when your Rage-empowered kick chunks the opponent for a good portion of health and sends them flying. 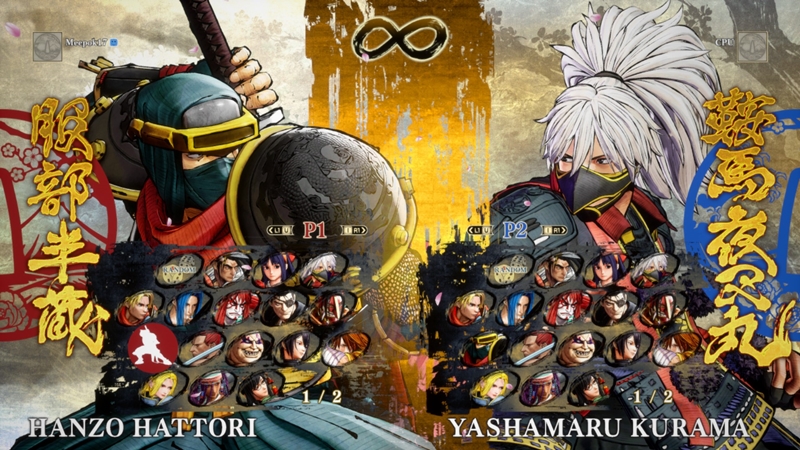 Of course, it does have a rather impressive roster of characters too, each with their own vibe and unique aesthetic style - I quite liked Yashamaru, Rimururu and Mina Majikina in particular, and as a bonus, the latter is voiced by Yui Ishikawa too, who you might remember as Mikasa from Attack on Titan. There are a bunch of other interesting names on the payroll as well, such as...oh, pardon me; it seems I let my inner otaku out for a bit too long. Get back in there, you.

The mechanics are also rather well-thought-out. For example, it's not often you see a fighting game where you're actually able to disarm your opponents, sidestep dangerous moves and even counter while you're doing so. I find it quite novel and interesting that SNK has accounted for both armed and unarmed combat, and the combination of all these, in tandem with the rather satisfying visuals, makes Shodown feel like it really rewards good technique and timing, rather than giving you the win because you know how to milk one or two powerful moves. 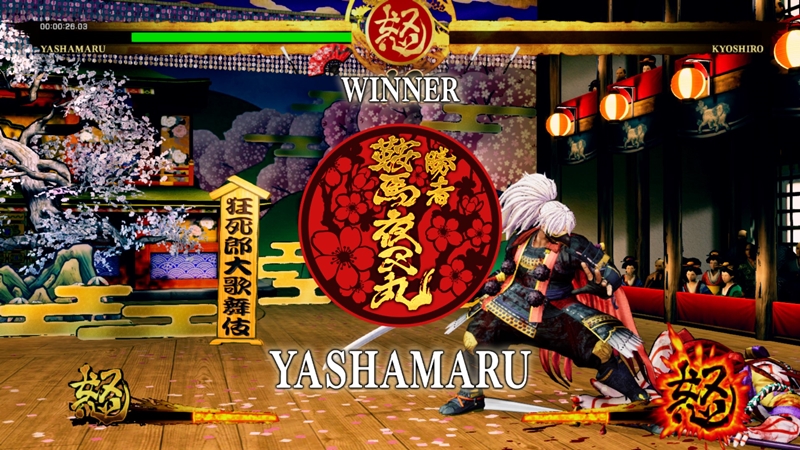 However, there isn't much of a point in rewarding mastery if you can't see it in action often. The combat system itself leaves much to be desired in several areas, and the complete inability to juggle opponents, or even combo moves in the first place, is one of them. I find it kind of takes away a fair amount of fluidity where combat is concerned, and it's like watching a Pokemon battle unfold - things happen one thing at a time.

Essentially, most of the game involves you hitting your opponent one or two times and knocking them down, then waiting for them to get up again so you can repeat the process. Yes, it does have the benefit of preventing unending aerial juggles and combo chains, but in exchange it makes the fighting feel just a bit too slow and static for my liking.

Now, to be fair this is quite subject to personal opinion, and those who really don't enjoy getting outright bullied into oblivion by unstoppable combos might find this a breath of fresh air. However, on my end, I do quite enjoy being able to at least hit the guy a few more times in midair as you do in Tekken (especially after putting in the hours to learn the move inputs), so I'll have to say I'm not a fan of Shodown's direction in this regard.

Speaking of which, it's worth noting that Shodown makes use of Street Fighter-style move inputs, which can be a little more challenging to master if you're already used to the Tekken format like I am. More specifically, the emphasis is placed on directional movement to initiate each character's signature moves, rather than a dedicated sequence of button inputs. Here's an example. 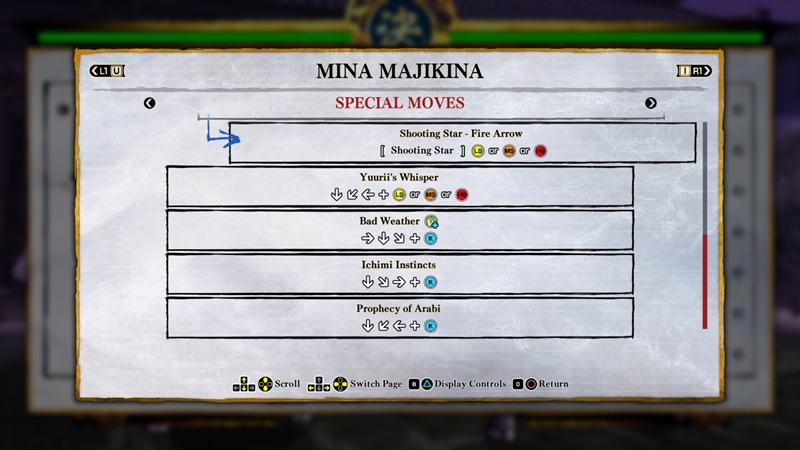 I personally find the button input-style easier to digest and remember, but once again, it all comes down to individual preference, so it's fine to take that with a pinch of salt. However, I do have a bone to pick with the variety of moves available to each character - the list is quite limited when compared to other modern fighting games, not to mention that most of the inputs are quite similar. Which is to say that once you've mastered one character, most of the others are going to be pretty much the same. Add that on to the fact that there's only about 10 or so different combinations you can do, and suddenly Shodown is bordering on the definition of a flash game in terms of moveset diversity.

Of samurai fights and skimming stones 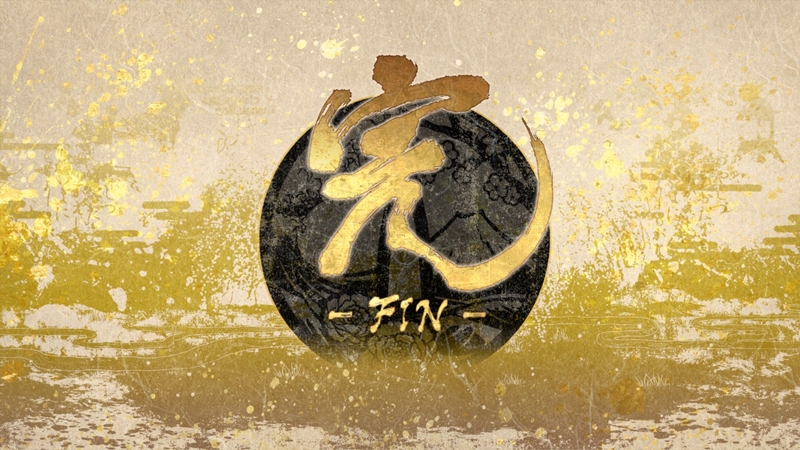 To be frank, it is this general lack in variety, both in terms of the combat dynamics and playable game modes as well that I find holds Samurai Shodown back from being a true top-tier fighting game. After all, apart from the Story, Practice, Online, and Offline battle - there isn't much that Shodown offers players. It just gives you the bare minimum for game modes that's expected of it and then calls it a day, which I think really hampers its long-term playability. In that sense, its simplicity is once again both its biggest plus and its biggest flaw.

So, for all of its good points when it comes to aesthetics and general vibe, I would say Samurai Shodown is like a stone that was poorly skimmed - it makes one or two big splashes across the pond, but then it sinks down to the bottom and is easily forgotten. Sure, it's definitely playable for the initial novelty, but bluntly speaking, that's all there is to it - a bunch of sparkles that keep you entertained for a bit, then fizzles out into nothing.