When it comes to televisions, LCD panels with LED lighting seems to be the choice of the masses. Offering a good balance of affordability and performance, LED lighting can be credited for making TV screens thinner and more prevalent. After having passed CRT televisions in terms of units sold for the first time in 2007, LED TVs have continued their unhindered ascent to the top of the pile and have never looked back.

For 2013, Sony, LG and Samsung’s television line-up is dominated by LED TV contenders ranging in size and functionality. From Samsung, the F8000 can be considered as the Korean manufacturer's premium 3D enabled smart TV. Some may argue that the pricier F8500 model might be a bit more high-end but the only difference between the F8500 and the F8000 is the fact that the former features a unique aluminum stand. Seeing that the difference is superficial, in our books this puts the F8000 on even footing with the F8500. 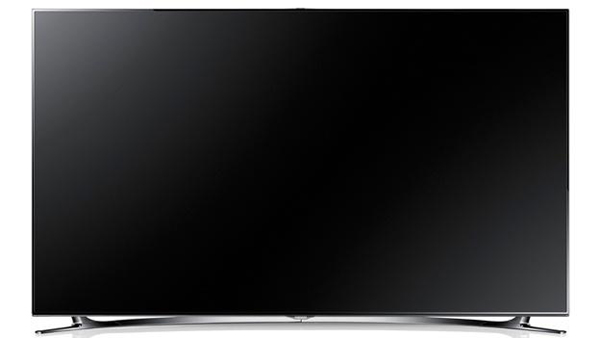 One thing Samsung has been getting right for the past couple of years is the aesthetics of their television products. Samsung TVs, especially the Series 8 range, have always looked gorgeous. The F8000 55-inch is no different. With a profile thickness of just 35mm, the panel is extremely thin. Samsung has also gone with their One Design philosophy and the F8000 has an almost border-less front face, with a bezel of just 5mm. 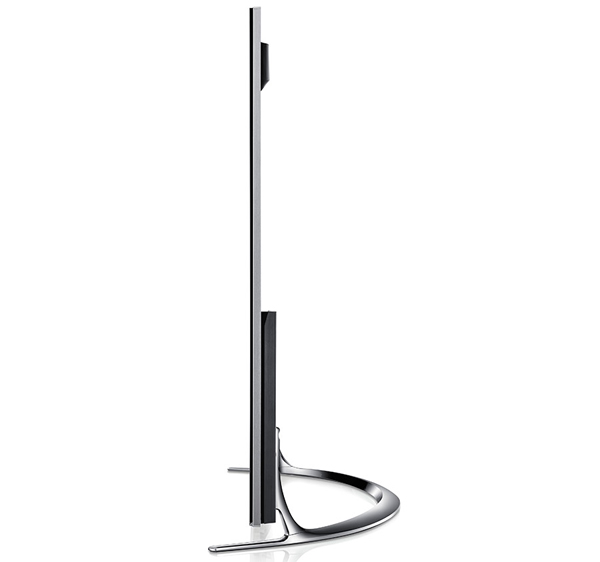 Major design changes come in the form of Samsung’s Metaform design drive, which is represented by the Arc Stand on the F8000. Finished in chrome, the curved stand is extremely stable and barely visible from the frontal view. Our only qualm with the Arc Stand is the fact that it takes up a lot of space on the resting surface and prevents the TV from being flush against the wall. 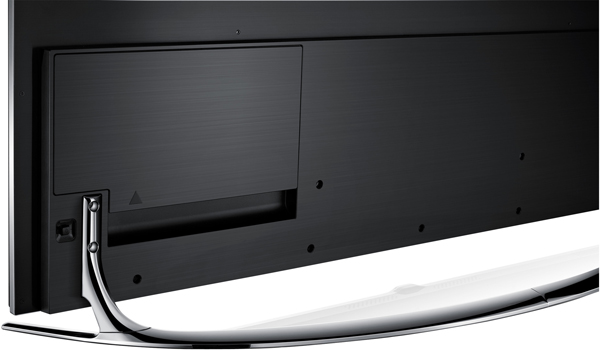 With "Clean Back" design, Samsung has also given attention to an oft neglected aspect of televisions, namely the rear surface. Sure it may not be visible, but that doesn’t mean it should be completely forgotten. The usual industrial look is replaced with a clean solid color with a slight brushed metal finish. The connectivity options are hidden away under a magnetic panel, which is a nice touch. The Samsung F8000 sports four HDMI ports, three USB ports, one Ethernet port, one Component, one Composite and one Digital Audio Out port. 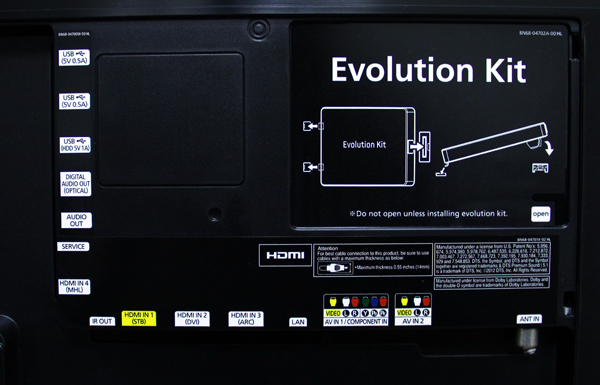