Note: This article was first published on 16th November 2016, and is now re-published as the product is now widely available at retailers.

The reign of Evo

Samsung’s consumer SSDs can be broadly divided into two categories: Pro and Evo. The Pro drives are for power-hungry enthusiasts, while the Evo drives are for mainstream users seeking something faster than your traditional mechanical hard disk drives. That said, the Samsung’s Evo series of drives doesn’t scrimp on performance either, despite what their entry-level positioning might lead you to think. 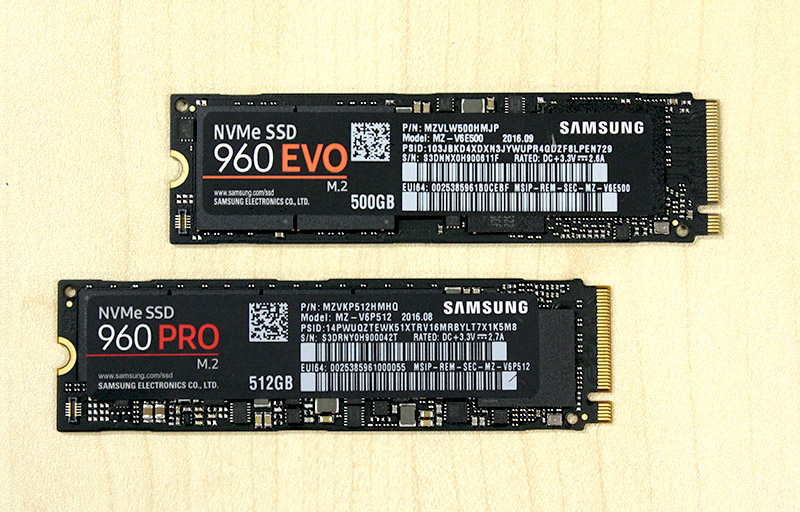 The old SSD 850 Evo and the even older SSD 840 Evo are fine examples. Even though both drives used more affordable TLC NAND, they offered very decent performance and were attractively priced. This combination of competitive performance and affordability would become a hallmark of Samsung’s Evo SSD series.

Samsung is keen to uphold this fine tradition and alongside the SSD 960 Pro, they also announced the new SSD 960 Evo. So how does this drive differ from the SSD 960 Pro and how does it perform? Read on to find out.

Like the SSD 960 Pro, the SSD 960 Evo is presently only offered in the M.2 2280 form factor. Samsung also said that there are no plans for a PCIe add-in card version right now, but will certainly consider here’s demand for it. As such, the SSD 960 Evo is incredibly small and compact and can be used for notebook upgrades if your notebook using an M.2 SSD. The SSD 960 Evo will come in three capacities: 250GB, 500GB and 1TB.

The key difference between the SSD 960 Pro and SSD 960 Evo is the type of memory. The SSD 960 Pro uses MLC V-NAND, while the SSD 960 Evo uses TLC V-NAND, specifically Samsung’s latest 48-layer TLC V-NAND. If you are unaware of the differences between MLC and TLC NAND, the latter stores more data per cell and is less expensive because more dies can be harvested from a single wafer. And because it stores more data per cell, it is also slower than MLC NAND. To read more about the difference between MLC and TLC NAND, take a look at our review of the SSD 840 Evo, which was one of the earliest drives to use TLC NAND.

As for performance, Samsung is claiming sequential read and write speeds of around 3,200MB/s and 1,900MB/s respectively. Whereas random read and write performance is rated at above 300,000 IOPs. These numbers are even higher than the SSD 950 Pro! To give you a better idea of how fast the SSD 960 Evo is, take a look at the table below where we have summarized Samsung's published performance figures of their M.2 SSDs.

To overcome the performance disadvantage that is inherent in TLC NAND, the SSD 960 Evo features Samsung’s TurboWrite technology. TurboWrite is a caching technology that we have seen Samsung employ in their earlier TLC NAND SSDs, and in fact by many other SSD manufacturers with TLC NAND SSDs. What it does is it dedicates unused portions of its memory to function as an SLC write buffer to speed up write performance, which is typically the weakest performance aspect of TLC NAND SSDs.

Thanks to the new controller and NAND, endurance has also been improved across all capacities. The unit we have on hand is the 500GB variant, and compared to the 500GB SSD 850 Evo, rated endurance has been enhanced by about 33% - 200TBW vs. 150TBW.

Identical to the SSD 960 Pro, the SSD 960 Evo also supports hardware encryption in the form of 256-bit AES encryption and TCG Opal. The SSD 960 Evo also features Dynamic Thermal Guard protection, a technology that debuted on older Samsung drives and what it does is that it cuts back on performance to reduce power consumption and heat until the temperature of the drive falls back within safe confines. Essentially, this is thermal throttling and it is the same practice is used in CPUs and GPUs as well. 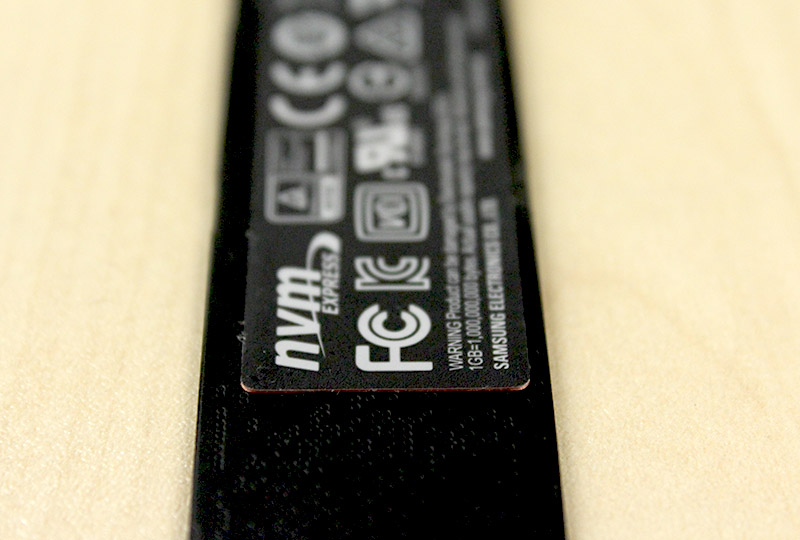 To reduce the occurrence of thermal throttling, Samsung has added an adhesive label to the back of the SSD 960 Evo. Within this label is a thin piece of copper, which Samsung says improves thermal efficiency by around 30%.

And finally, Samsung have also introduced a new version of Samsung Magician with the SSD 960 Evo, which will come with a redesigned interface and some new features. One of the new features that was revealed to us at the Global SSD Summit was secure file erase. Unfortunately, we didn't manage to get a copy of the new Magician software for this review.

Now let’s see what this drive is capable of and how it measures up against other high-end PCIe-based SSDs.