An elite drive for elite users

The new SSD 950 Pro Samsung’s latest flagship consumer SSD and it is absolutely cutting-edge in terms of the technology that’s on show and the features it offers. First and foremost, it uses Samsung’s new V-NAND technology which offers improved performance and endurance over existing 2D planar NAND. Secondly, it uses the very latest M.2 form factor and PCIe 3.0 x4 interface, which gives it maximum bandwidth to strut its stuff. And finally, it supports the latest NVMe protocol, which was developed specially for PCIe-based SSDs to reduce latency and improve performance.

Performance is, as you would expect, absolutely stunning when compared to SATA-based SSDs. Overall, in our tests, we found that the SSD 950 Pro was around 30% to 50% faster depending on the work load involved. And as we mentioned, it could probably have been faster if not for our motherboard’s limited M.2 bandwidth.

Speaking of which, this is a potential problem for users looking to upgrade to the SSD 950 Pro. Beware, nerd talk ahead. As we have detailed, the SSD 950 Pro supports up to PCIe 3.0 x4, whereas most Z97 motherboards today have M.2 slots that only support PCIe 2.0 x2. If you do the math, the difference in bandwidth is quite great. PCIe 3.0 x4 carries up to 8GT/s which translates to around 32Gbps or 4GB/s, whereas PCIe 2.0 x2 carries 5GT/s but because of less efficient coding, effective transfer rates are really in the region of around 8Gbps or 1GB/s. 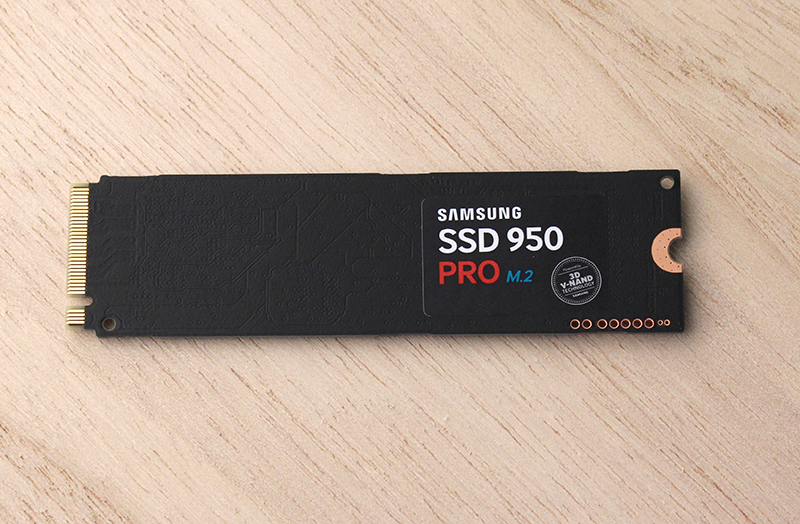 What this really means for users looking to upgrade to the SSD 950 Pro is that to maximize this uber SSD, you would either need one of the latest Z170 motherboards (check out our shootout here) or a Z97 motherboard that has M.2 slots that support PCIe 3.0 x4. The latter is really quite hard to find. To the best of our knowledge, only the ASRock Z97 Extreme6 and Extreme9 have M.2 slots that support PCIe 3.0 x4. There could be others, but prepared to spend lots of time eyeballing specifications to verify if they do. The last option is to get a PCIe 3.0 x4 to M.2 adapter, but we are guessing purists won't like the idea of an extra component acting as an intermediary.

Another potential issue is the lack of mature NVMe drivers. As we mentioned in our test setup, we opted to use Samsung’s NVMe drivers for the test because the native Windows 10 NVMe drivers weren’t quite up to the task - we consistently recorded write performance that were poorer than even SATA-based SSDs. And while Samsung’s driver’s did improve performance, there are issues that need to be ironed out, especially with regards to write performance at high queue depths where performance was much lower than expected.

One of the most curious aspect of the SSD 950 Pro is the shorter 5-year warranty. When quizzed, Samsung’s response was that the higher endurance ratings of the new SSD 950 Pro would make up for the shorter warranty periods. But if it’s has better rated endurance, why not just keep the warranty at 10-years then? We could speculate on the various reasons behind this move, but while the shortened warranty (as compared to the SSD 850 Pro) is surely disappointing, 5 years is still plenty - probably enough to last you until your next upgrade. Even so, it’s fair to say that most of us will feel shortchanged.

Finally, let’s talk about pricing. Samsung has been very aggressive with its pricing strategy and the 256GB variant of the SSD 950 Pro will have a recommended retail price of S$369. Should you require more storage, the 512GB variant is S$599. Looking at the cost per gigabyte figures, the larger 512GB drive is obviously more cost effective.

Obviously, this means that the SSD 950 Pro is much more expensive than the top SATA-based SSDs. Even prices of Samsung’s last flagship, the SSD 850 Pro, has come under the magic a dollar a gigabyte mark - the 256GB variant can be had for around S$217. Comparable drives like the Plextor M6 Pro and SanDisk Extreme Pro are all going for around the same amount too. This means that the SSD 950 Pro costs around S$150 or 70% more. That’s quite a huge premium. 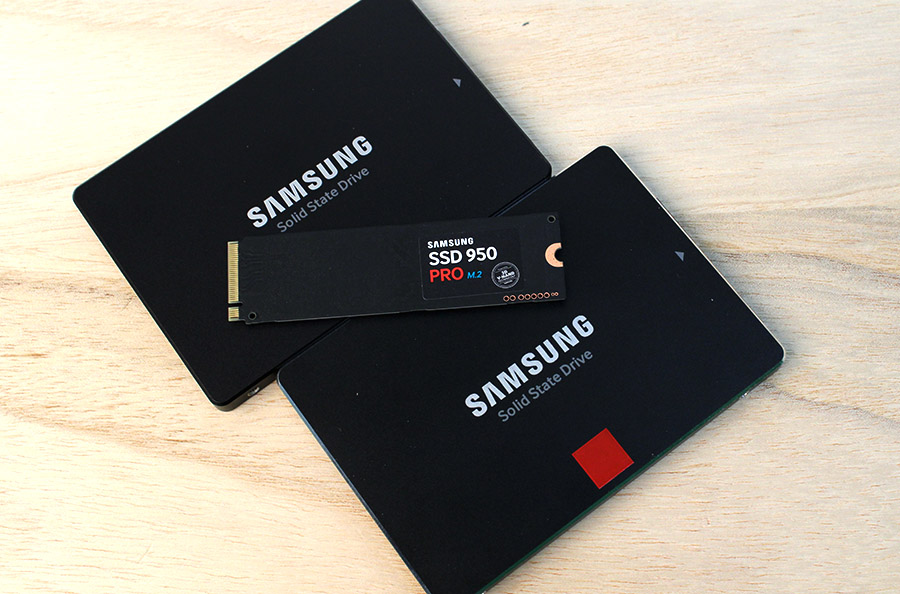 But look at it from another way. There’s a lack of PCIe-based M.2. drives at the moment, much less one that supports the new NVMe protocol, and the same goes for PCIe SSDs. And if you were to look at the prices of these drives, you would find that the Samsung SSD 950 Pro is actually competitively priced. The M.2 variant of the Plextor M6e, for instance, retails for around S$319 - S$50 less - but only supports PCIe 2.0 x2 and does not offer support for NVMe. The closest competitor is probably Intel's new SSD 750 Series, which supports PCIe 3.0 x4 and NVMe, but it's considerably pricier.  To sum up, the premium can be justified, but only if you have a rig with a M.2 slot that supports PCIe 3.0 x4 and NVMe or don't mind using a PCIe 3.0 x4 to M.2 adapter, which would then let you get the most out of your investment. If you are currently in the midst or planning to upgrade to a Skylake system, the SSD 950 Pro would be an ideal companion drive. Otherwise, Samsung's older SSD 850 Pro is definitely no slouch.

To sum up, the Samsung SSD 950 Pro is a cutting-edge drive that befits Samsung’s status as one of the leaders in the consumer SSD space. It’s blazing fast and comes with a good warranty package and high endurance rating. However, to get the most out of it would require users to have a highly spec'ed or very modern rig. Also, NVMe drivers today still need some work as performance is still not quite consistent. But if these minor issues do not bother you, then this is easily one of the best drives you can get.