For the past four years, Samsung has made important new SSD announcements at its annual SSD Global Summit. In 2012, it announced the SSD 840 and SSD 840 Pro. A year later it was the SSD 840 Evo. And last year, we saw the SSD 850 Pro - the world’s first consumer SSD to use 3D V-NAND. 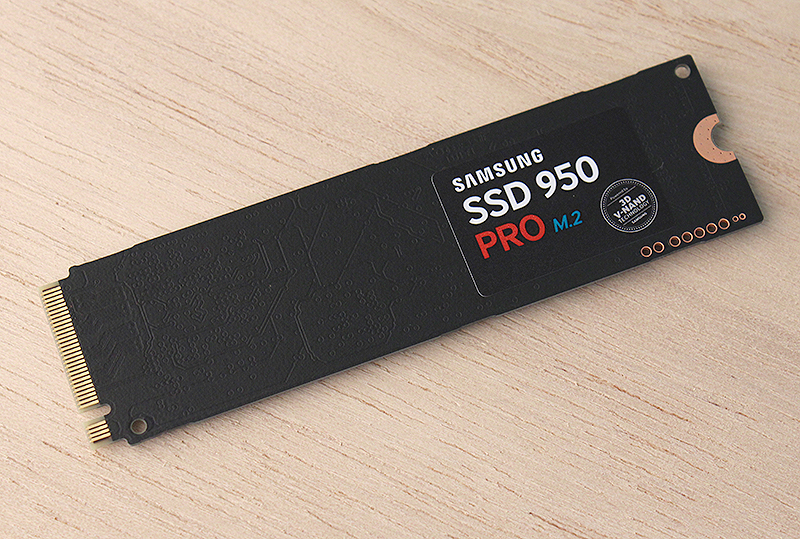 This was a big deal and if you are still unfamiliar with 3D V-NAND, we suggest you read this and this first (go ahead, we'll wait for you). Speaking of 3D V-NAND, Samsung is rebranding it to just simply V-NAND (Vertical NAND). It’s a small change, but one that we suspect will make more sense to consumers, or at least make it easier to understand. 3D V-NAND probably sounds a little intimidating to some.

This year, Samsung is building upon the momentum with the SSD 950 Pro - Samsung's new flagship consumer SSD and also their first M.2 SSD to use the PCIe interface and also support the new NVMe protocol. 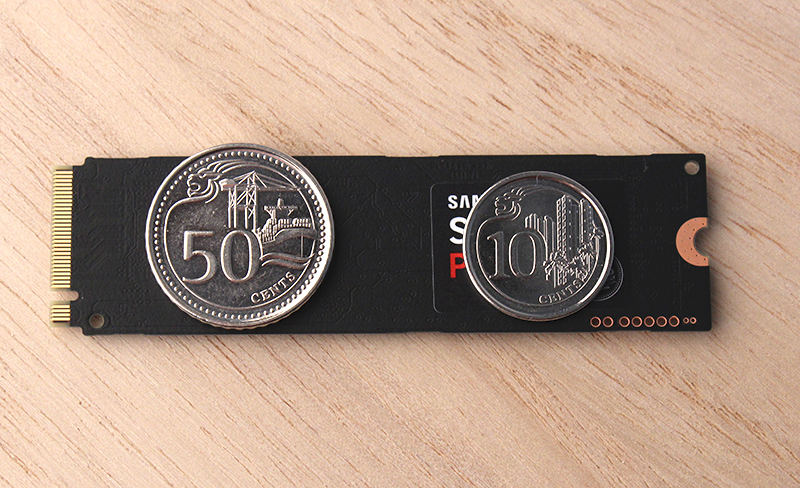 This year we expected something special, and we weren’t disappointed. For so long, SSDs have been hampered by the aging SATA interface and arcane AHCI protocol, and Samsung addressed these shortcomings in one fell sweep with the new SSD 950 Pro. It’s notable for a few reasons:

What this means is that the SSD 950 Pro will be able to offer sequential read and write speeds well in excess of 1GB/s - yes, 1000MB/s. The SSD 950 Pro will be offered only in 256GB and 512GB capacities for now, and the faster half-terabyte model can offer sequential read and write speeds of up to 2500MB/s and 1500MB/s respectively, while the slower 256GB model that we have here is rated at 2200MB/s read and 900MB/s write. That means it’s around two to three times faster than conventional SATA SSDs. But note that these speeds can only be achieved with the correct hardware. We'll address this in the conclusion of our review.

Like the Samsung SSD 850 Pro from last year, the SSD 950 Pro uses MLC V-NAND. There are still 32 stacked layers, but Samsung has managed to increase memory density to 128Gbit - crucial because there’s precious little real estate on an M.2 stick. Even so, the SSD 950 Pro currently tops out at 512GB, but there are plans to offer 1TB versions in the near future as V-NAND technology matures and memory density increases. Incidentally, it's worth noting at this point that the SSD 950 Pro uses the M.2 2280 form factor, meaning it's about 22mm wide and 80mm long.

The biggest highlight of the SSD 950 Pro is arguably its support the new NVMe protocol. NVMe or Non-Volatile Memory Express was developed expressly for PCIe-based SSDs, and supersedes the old AHCI protocol, with the goal to improve storage performance. In a nutshell, NVMe allows for more commands per queue and also more queues, to take advantage of the extremely low latency of flash-based storage.

And to support NVMe required a new controller, so you will find the UBX controller within the SSD 950 Pro. For those of you follow SSD developments closely, you’ll know that the UBX controller is not new and currently sees action in Samsung’s OEM-only SM951 SSD. The UBX controller features three cores running at around 500MHz and also communicates to the NAND packages through eight NAND channels. 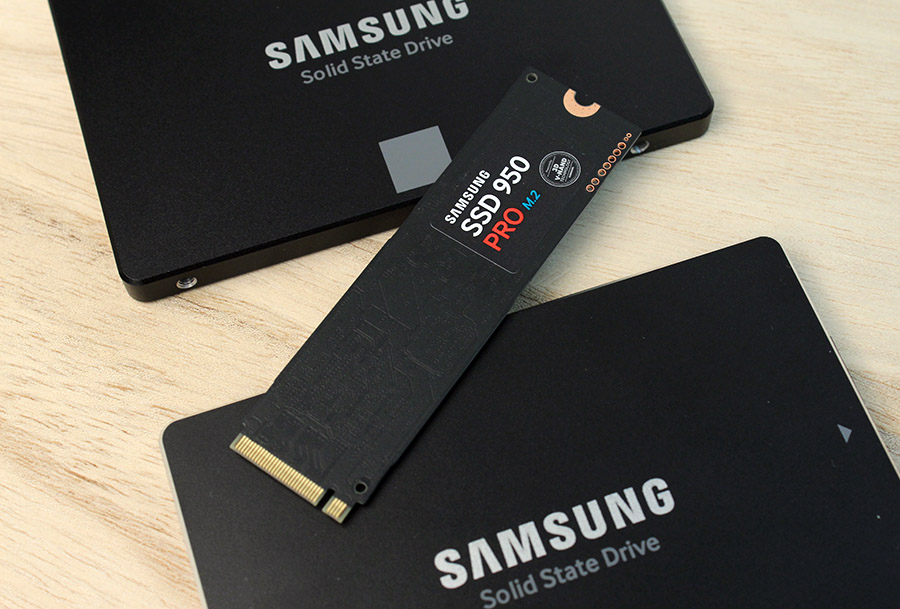 Endurance is a hallmark of V-NAND and the 256GB SSD 950 Pro is rated for up to 200TBW, while the 512GB variant is good for 400TBW. Compared to the SSD 850 Pro of similar capacities, this is over 100TB more. Yet despite the higher endurance, Samsung is cutting back warranty on the new SSD 950 Pro to 5 years. This is a bit of a disappointment because the SSD 850 Pro offered 10-year long warranties. We'll discuss this in greater depth in our conclusion.

The Samsung SSD 950 Pro will be tested on our brand new storage testbed which has the following specifications:

We have also revised our benchmarks with the latest software which includes PCMark 8. The list of benchmarks used are as follows:

Astute readers familiar with Z97 motherboards will probably notice that the Z97 motherboard that we are using only has a M.2 slot that supports up to PCIe 2.0 x2, in others words up to 10Gbps, which means it may not be maximizing the performance potential of the Samsung SSD 950 Pro, which actually uses the PCIe 3.0 x4 interface. However, considering the lack of Z97 motherboards that actually support PCIe 3.0 x4 over M.2, we feel that our setup is a good representation of the majority of users today and will be a good indication of what kind of performance you can get from Samsung's latest and greatest if you are using a typical Z97 setup.