The Benefits of Your Own Foundry

Vertical integration, that is the keyword today in the SSD business. In an increasingly competitive and crowded marketplace, it is important to be able to distinguish yourself from your competitors and being vertically integrated, meaning to have your own NAND foundry, memory controller and firmware, allows a brand to have control over prices, performance and reliability - three key factors that can make or break a drive.

Strictly speaking, the only true vertically integrated SSD manufacturers in the market today are Samsung and OCZ/Toshiba - Toshiba already has its own TC358790XBG controller, but with the acquisition of OCZ gains the latter’s excellent Indilinx Barefoot 3 controller. The other key players such as Crucial, Intel and SanDisk come close as they have their own NAND foundries, but they still rely on third-party memory controllers. Seagate could well be an important player in the future as they have acquired LSI's flash businesses from Avago, the people behind SandForce, but still lack the capability of producing their own NAND chips. 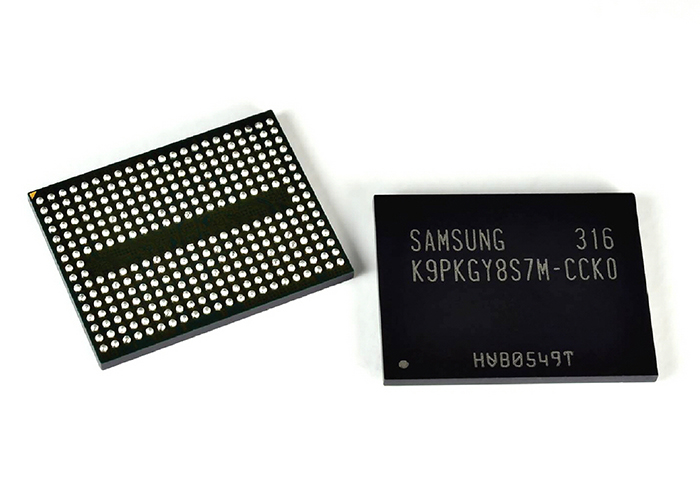 As a result of being vertically integrated, we were not surprised to hear that in the middle of last year, Samsung was embarking on brand new type of NAND memory called 3D Vertical NAND (3D V-NAND) to overcome the shortcomings of traditional MLC (2-bit per cell) and TLC (3-bit per cell) NAND. What are these shortcomings? We have written about it at length in our review of the Samsung SSD 840 EVO, but let us go through it again as it is important to our appreciation of 3D V-NAND.

In a bid to make SSDs more affordable and accessible, one of the important things for SSD manufacturers to do was to increase memory density. There are two ways to achieve this: use smaller manufacturing processes or increase the number of bits per cell. For Samsung, they chose the latter and are still the only SSD manufacturer to offer drives that use TLC NAND (Triple-Level-Cell). Data is stored in NAND by manipulating voltage stages and with TLC NAND, you get eight voltage stages per cell - four voltage stages in MLC NAND and just two in SLC NAND. What this means is that more dies can be harvested from a single wafer, thus reducing overall manufacturing costs.

However, there are two key downsides to this approach and they are performance and endurance. With eight voltage states to check, random reads will take more time - roughly twice as long as MLC NAND (theoretically speaking). Endurance is affected because having additional voltage stages reduces the margin between the individual stages, and this is crucial because as you write to the cell, the layer of silicon oxide that acts as an insulator gradually wears out. When it does, higher voltages will be needed to program the cell to one of its eight states, which further reduces the margin between them. Gradually, the margin will be so small that the cell can no longer be effectively used and has to be retired. Therefore, while MLC NAND SSDs are typically good for 3000 P/E (program-erase) cycles, expect TLC NAND SSDs to enjoy less, perhaps as little as 1000.

On the other hand, using small manufacturing processes has it own set of issues. To put it plainly, reducing the manufacturing process means squeezing more cells onto the die, which in turn means there is less space between each cell. And since each cell has to hold a charge, the interference from neighboring cells can sometimes disrupt or even inadvertently change the state of the cell that is next to it and cause the data to become corrupt. 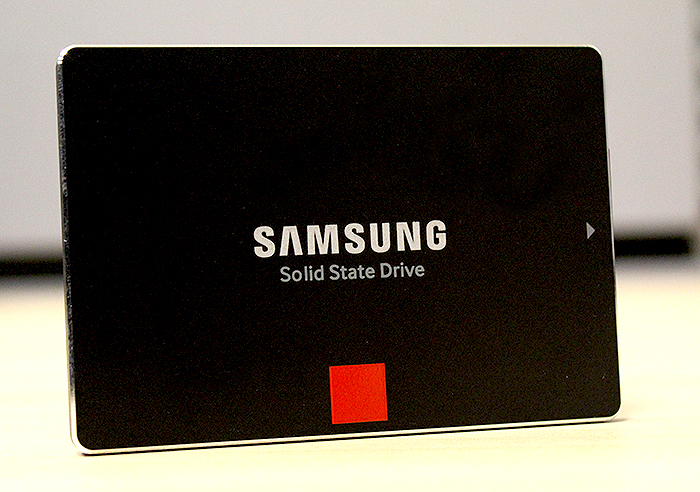 If you really think about, so far, the industry’s attitude towards increasing memory density has been to solve the problem on a two-dimensional plane - squeeze more cells into a fixed area or increase the number of bits per cell. While it has gotten us far, the fact is that we have reached a point where a radical shift in technology is required if NAND memory is to be a viable form of storage in the future.

Fortunately, Samsung has come up with an elegant solution to the industry’s current predicament and that is to stack the cells on top of each, hence the name 3D Vertical NAND. And because the cells are now stacked on top of each other, there is more 'space' so to speak and therefore there is no need for the cells to be cramped so closely together. As a result, Samsung can 'go back' to a more manageable process node of 40nm. This in turn helps improve performance and endurance. Apart from improved performance and endurance, Samsung also said that such NAND will also be easier to program and will therefore require simpler algorithms and firmware. This not only boosts performance further, but also means 3D V-NAND will be more power efficient (remember earlier that cells are programmed by changing their voltage states).

Apart from 3D V-NAND, very little else has actually changed in the new SSD 850 PRO. The drive does not feature a brand new controller and instead uses the same 3-core MEX controller that was also used in the SSD 840 EVO. It also uses the aging SATA 6Gbps interface. And like the rest of Samsung’s offerings, the SSD 850 PRO will offer full disk 256-bit AES encryption. However, Samsung’s very effective RAPID mode technology has been tweaked such that it can now use up to 2GB of system memory for its caching.