The next step for 3D V-NAND

2014 was an interesting year for SSDs. Adoption of SSDs has continue to rise thanks to falling prices; we also saw some players exit the market due to intensifying competition; and Samsung became the first to commercialize 3D V-NAND. 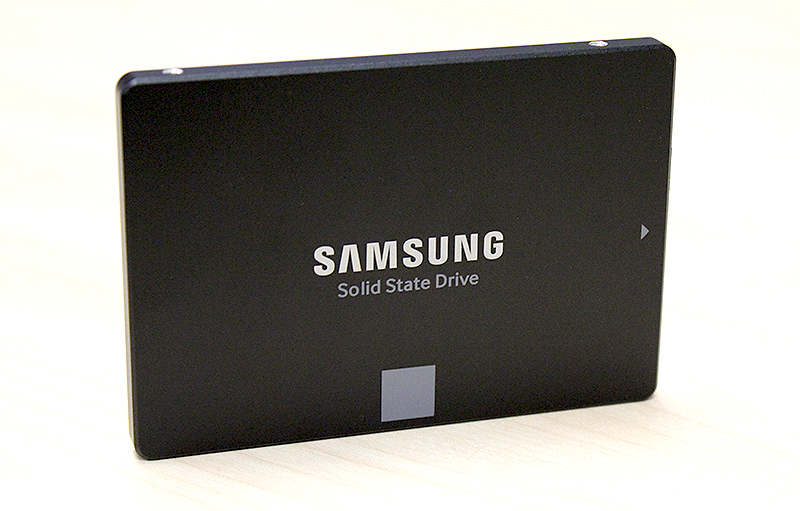 As detailed in our review of the Samsung SSD 850 Pro, 3D V-NAND is kind of a big deal as it addresses the shortcomings of current NAND lithography. We won’t go into detail here as we already discussed this quite extensively earlier, but to put it very briefly, 3D V-NAND stacks memory cells on top of each other in order to overcome the problem of squeezing cells closer and closer together. It’s an elegant and advantageous solution. Not only does this mean more cells can now be squeezed into a fixed area, stacking cells also improves performance, endurance and power efficiency. As a result, not only was the SSD 850 Pro the fastest drive we have ever tested, it was also one of the few drives to offer a whopping 10-year long warranty.

To begin, while the early SSD 850 Pro used 32-layer 3D MLC V-NAND, the new SSD 850 Evo uses Samsung’s newest 32-layer 3D TLC V-NAND. We wrote about TLC NAND in great detail during our review of the SSD 840 Evo, but again to be put it briefly, TLC NAND increases memory density but at the cost of performance and endurance. However, given the benefits of the 3D architecture of 3D V-NAND, it is possible that the disadvantages of TLC NAND could be nullified, resulting in a faster mainstream SSD. 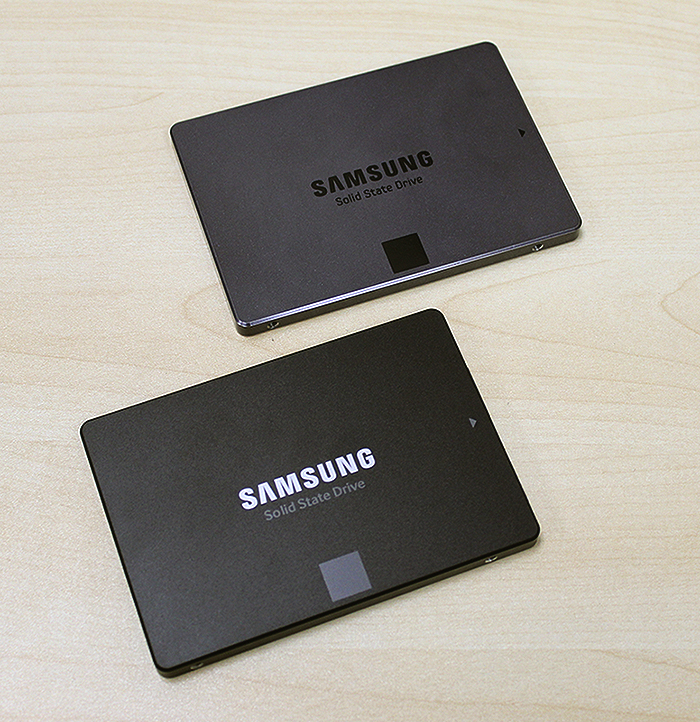 And thanks to this new 32-layer TLC 3D V-NAND, Samsung is also able to build higher capacity drives. And although we heard that a 2TB drive is actually possible, 1TB is unfortunately still the maximum that Samsung offers right now as Samsung believes that a 2TB drive would be priced much too high to be attractive to users.

Diving deeper, the density of this new TLC 3D V-NAND is 128Gbit, comparable to the latest MLC NAND from competitors such as Micron and also Samsung's old 19nm TLC NAND used in the SSD 840 Evo. In case you are wondering, the MLC 3D V-NAND used in the SSD 850 Pro has a memory density of 86Gbit. And because this new TLC 3D V-NAND is manufactured on a 40nm process node, Samsung has been able to increase the endurance of its new drive by a factor of about two. Typically speaking, TLC NAND drives enjoy roughly 1000 or so P/E cycles (program-erase), whereas Samsung's new TLC 3D V-NAND brings that figure to around 2000, which is comparable to most MLC NAND drives.

Similar to the old SSD 840 Evo, the SSD 850 Evo also features TurboWrite and RAPID mode technologies. TurboWrite dedicates a small portion of its TLC NAND to work as an SLC write buffer, which is similar to SanDisk’s nCache technology. This helps boost its write performance to make up for the shortcoming of TLC NAND, which typically suffers from inferior write performance. RAPID mode, on the other hand, is a caching technology that was introduced in the middle of last year to boost random I/O performance with smaller size data at low queue depths. Essentially, it makes use of unallocated system memory and spare CPU cycles to cache data and boost performance. We investigated Samsung's RAPID mode technology and found it to work very well. 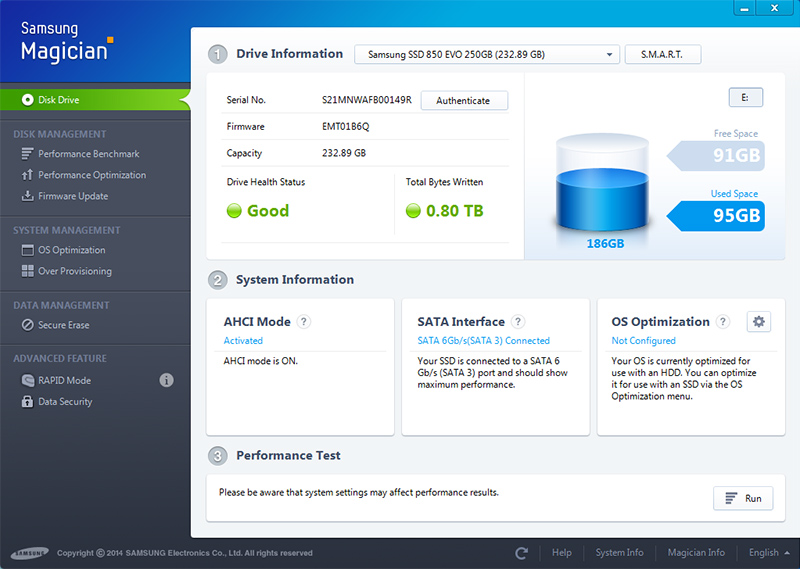 The Samsung SSD 850 Evo will be tested on our dedicated storage testbed:

Our revised benchmark ditches older benchmarks such as HD Tune and also includes an all new timing test to better evaluate the drive’s real world performance. The list of benchmarks used are as follows:

It will be interesting to see how the new SSD 850 Evo matches up against its predecessor, the SSD 840 Evo, and also Samsung’s flagship SSD 850 Pro. We also included results from comparable mainstream drives such as the Crucial MX100 and the Crucial M550.