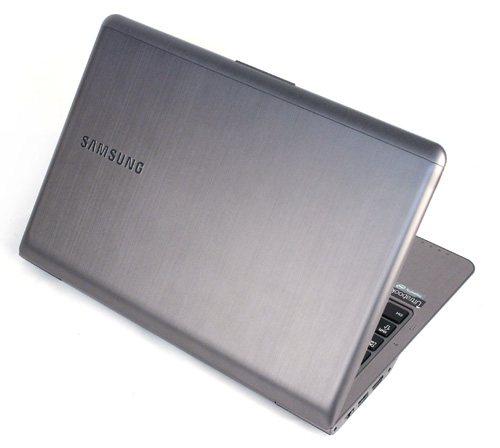 The 13.3-inch Samsung Series 5 Ultra Touch is the first Ultrabook to be released with a multi-touch-enabled screen and Windows 8 Pro operating system pre-installed. Essentially an upgraded version of the Series 5 Ultra released earlier this year, the matte screen has been replaced with a glossy, 10-point multi-touch display. Other changes include a slightly darker grey finish, a brushed aluminum wristpad and the removal of the plastic bezel around the screen in favor of an edge-to-edge display. The Ultra Touch is also quite a bit heavier, weighing in at 1.73kg compared to the original’s 1.47kg, and is also about 2mm thicker, both mainly due to the touchscreen. Unfortunately, at that weight, it's not much of an "Ultrabook" for its form factor. 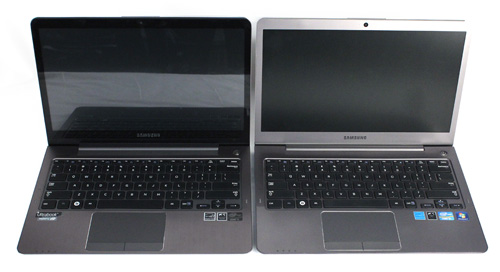 The Core i5 model we'll be reviewing today will be available on the same day as the Windows 8 launch (26th October) and will retail for S$1549 - about S$261 more than the first generation Series 5 Ultra. A Core i3 model has also been seen, but there are no details on availability or pricing yet.

The overall design is adequate, but not all that interesting or unique. The slightly darker finish does look a bit more premium than the previous Series 5 Ultra, and the brushed finish wristpad is a big step up from the plain grey plastic of the first generation model.

The original Series 5 Ultra featured a matte display (one of the few Ultrabooks available with such a screen), but the Ultra Touch has swapped that in for an extra glossy touchscreen panel. The screen itself is bright enough, but viewing angles could be a little better. As mentioned, the display is ultra glossy - in fact, it's one of the worst we've seen in terms of reflections. It's also a fingerprint magnet which isn't the best quality for a touchscreen display. 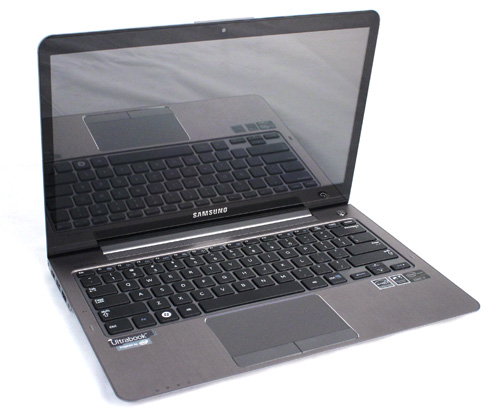 We loved the keyboard on the original Series 5 Ultra, and the Ultra Touch keyboard is just as good. Samsung has really nailed the balance between feel and travel distance, with the keys being both firm and deep, and yet not too stiff or tall. 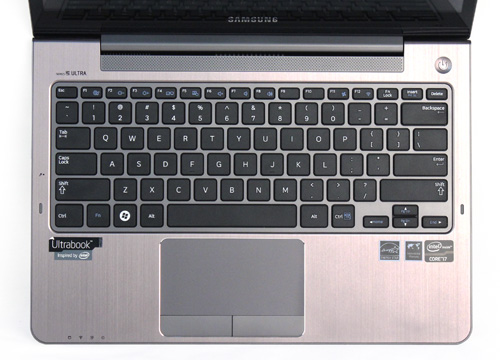 We were disappointed to see that Samsung did not take the opportunity to upgrade the trackpad to a clickpad on the Ultra Touch, sticking with the non-clickable model found on the previous Series 5. While the trackpad itself is fairly large, and handles multi-touch gestures quite well, most Ultrabooks these days come armed with clickpads, and it would have made navigating Windows 8 with the trackpad a bit more convenient. 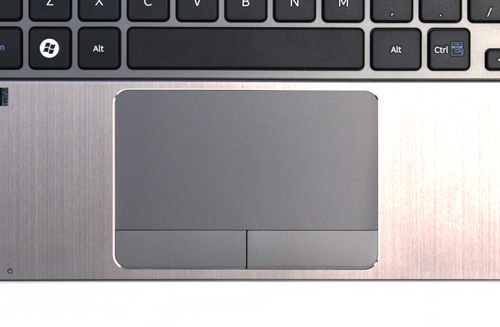 Write a Review
Compare This | Specifications
Great battery life
Touchscreen
Good keyboard
Heavier than most 13.3-inch Ultrabooks
Touchscreen not ideal with clamshell form factor
No clickpad
Our articles may contain affiliate links. If you buy through these links, we may earn a small commission.
Sponsored Links