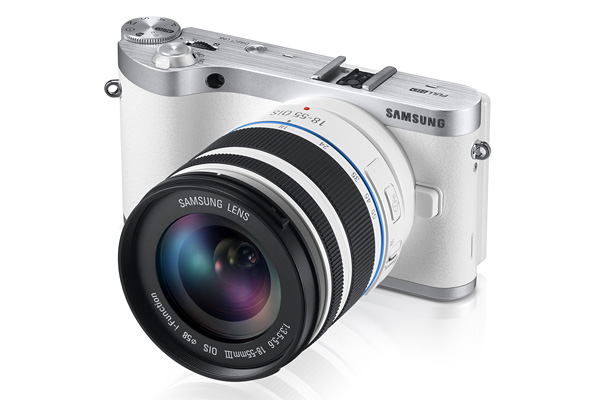 As the successor to the NX200 and NX210, the NX300 represents the mid-range of Samsung’s mirrorless system cameras. In some ways, it’s even better than the flagship NX20, which was released in the middle of 2012.

The NX300, like the NX20, is built around a 20MP sensor, but the NX20 has a more advanced Hybrid AF (auto-focus) system, which combines both phase and contrast detection. The NX300 comes with a slightly larger OLED screen with more pixels which is touch-sensitive. The NX300 can shoot faster at a maximum of nine frames per second (fps) and 1080p resolutions at 50fps. While we had a chance to toy with it as early as January at the CES 2013 tech show, it was only made available recently on our sunny shores. So read on as we help you uncover more about this mirrorless system camera.

Samsung is still obsessed with razor-sharp edges on the top plate of the camera, and the strap lugs get in the way of your shooting finger. If you’re an enthusiast who frequently shoots in manual, the single control dial is awkwardly positioned behind the shutter release. The NX300 doesn’t have a scroll wheel, so you’ll have to hold down the exposure compensation button to switch between aperture and shutter speed control. 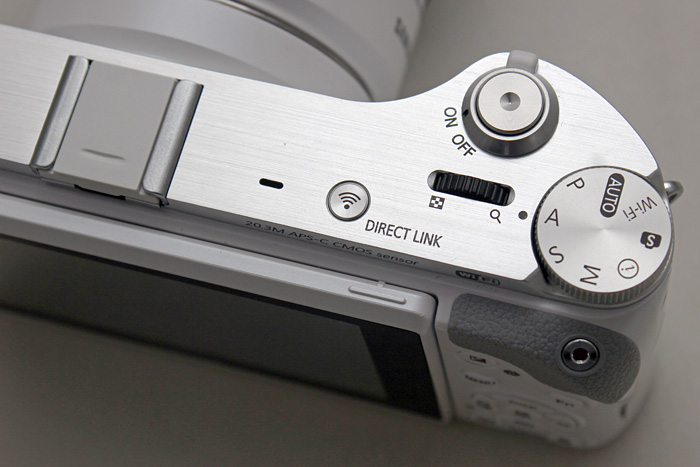 But other than that, the NX300 offers a fair bit of control. The Fn (Function) button on the back jumps you into a one-stop quick menu with essential settings, and dedicated buttons for settings like ISO and AF modes can do the same. A Custom button (which is also the Trash button) can be set to one of five presets, but we would have preferred more. 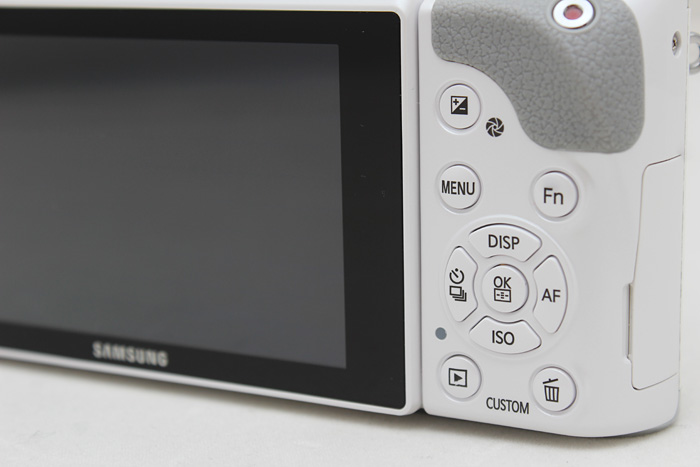 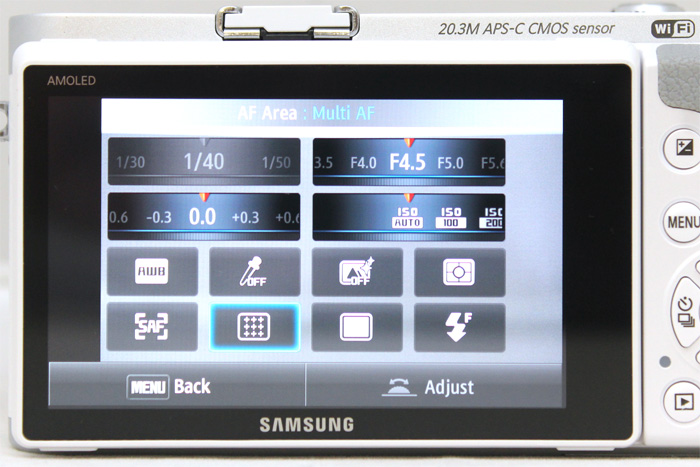 The tilting AMOLED screen is touch-sensitive, and provides good viewing angles. Irritatingly, the on-screen touch Menu and Function buttons never go away, even when you change the info display options, so they’ll always block your view of the scene. A graphic which tells you what a mode does when you switch to it also never goes away, so you’ll always face a frustrating delay whenever you switch modes. 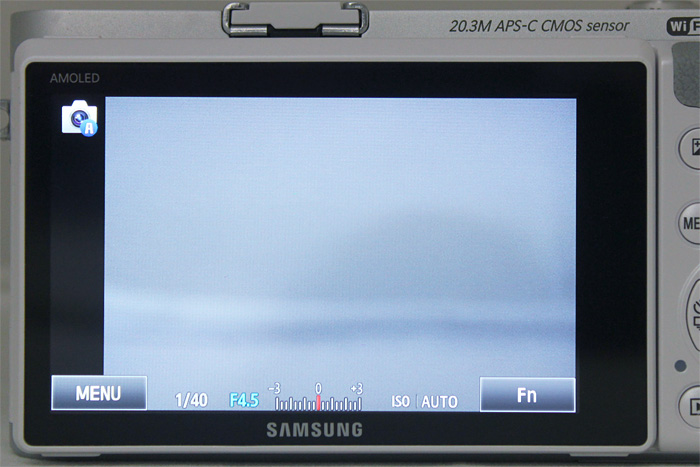 The NX300 has built-in Wi-Fi and has two ways to access it. A dedicated Direct Link button turns on AutoShare, which automatically sends pictures taken over to your mobile device via the Samsung Smart Camera app. It works, but the app will need to be always-on in iOS, the moment you get out of the bare-bones app the connection is lost.

A Wi-Fi mode has more features, like the ability to select images for transfer to and from your mobile device, using a smartphone as a remote shutter and using Auto Backup to send photos and videos over to a PC. On our iPhone 5, the Smart Camera app crashed repeatedly, failing to transfer saved images over to the phone. The remote shutter feature is stark; the camera won’t focus until you press the shutter release on the app (even when you half-press the shutter release on the camera). However, we saw the image transfer work on a Samsung Galaxy S4; in this case, it might be the failure of the iOS app and not the camera.