A Camcorder Appealing to Beginners 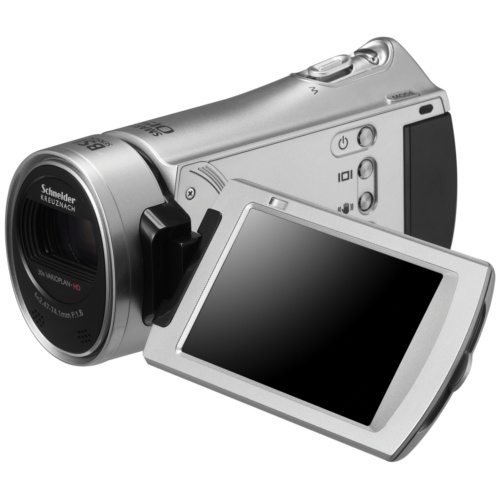 The new Samsung HMX-H304 is a handy, little camcorder for recording full HD video (1920 x 1080 pixels resolution). It improves upon its predecessor the HMX-H200 in many ways, but also falls short in others.

Before we continue, you should know that the Samsung HMX-H300 and the H304 are identical camcorders, except where the H300 needs to record to a memory card, the H304 comes with 16GB of built-in memory in addition to the memory card slot.

The first thing you’ll notice about the H304 is its manual lens cover. You’ll need to manually open and close the lens, which becomes a hassle when you forget to do the former before shooting, and becomes a risk when you forget to do the latter before chucking the H304 into a bag with your keys. Manual lens covers aren’t uncommon on budget camcorders, but it would be nice to have an auto one anyway.

The H304 is comfortable to hold, sitting nice and light in your hands. Handling is mostly a breeze if you prefer to set the H304 to automatic. There are limited manual options but they’re not as easy to get to. For example, shutter and aperture priority modes exist, but to change either setting is at least a five-tap process. To get a better idea of overall handling and interface design, HardwareZone's older review of the HMX-Q10 will provide you more insights.

Settings are accessed via the touch Menu on the large 3-inch screen (which has been enlarged from the H200’s 2.7-inch screen), and is as responsive as capacitive screens go. The screen's 230,000 pixels don’t always form a clear enough picture for you to check if you have an accurate focus lock so that's something to take that what you see on the screen isn't exactly what you'll get when you do output to a display device. The H304 comes with a welcomed 30x optical zoom, but a further zoom means more chance of camera shake. Here’s where the optical image stabilization of the H304 kicks in, and it works quite well at correcting camera shake and making your footage steadier.

Video footage in good light is acceptable, if not exceptional, lacking a certain sharpness and vibrancy. Some corner softness can be seen in some shots. The real test of a camera is in low light, and the H304 falters at it. Video in low light is riddled with image noise, as are photos taken in low light. Sound recording is a little tinny and none too bright.

Motion is recorded clearly, but there are limited frame-rates available, 1080/50i for PAL shooters is the only Full HD option, while you can shoot 50p at a lower resolution of 1280 x 720 pixels. One saving grace is that the video is recorded in .MOV files, which are easier to copy and view than videos shot in the popular AVCHD format which records to a complicated folder directory structure.

Another aspect of the H304 video camcorder is its long battery life - internal storage gave out first after recording 135 minutes of footage with the battery stamina still reporting three over four bars. You can only record up to 15 minutes per clip at full resolution though, so no long movies (the H304 will automatically continue recording to a next clip).

While the Samsung HMX-H304 wins points for its affordability, ease of use, excellent image stabilization and impressively long zoom, it loses points for its soft images and poor performance in low-light - the most important points needed for an all-round practical camcorder at its price range. 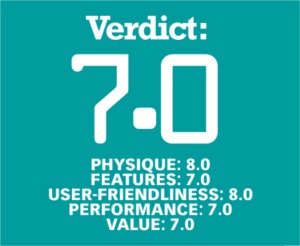