Do we really need a wider display for our smartphones? It appears that Samsung believes so, seeing how they’ve launched the Samsung Galaxy Z Fold2, refreshing what their original Galaxy Fold was. Pedantic naming aside, the Z Fold2 is the second generation of Samsung’s book-style foldable smartphone, which packs an up-to-date flagship-tier processor, Qualcomm Snapdragon 865 Plus (the same mobile processor powering the ASUS ROG Phone 3 gaming phone).

Let’s be upfront about the device’s viability. In a market where premium flagship devices are anywhere between S$1,000 - S$1,999 (with a few exceptions hovering above S$2,000), the Samsung Galaxy Z Fold2 at S$2,888 isn’t a device for people focussed only on the best performance money can buy. The premium you pay for the Galaxy Z Fold2 goes into a few things, starting with the foldable display itself, the mechanical design aspects that allow it to fold, right down to the software optimisations that make it usable.

In addition to a top-end mobile processor, there's a whole suite of enhancements to justify the S$2,888 street price, which if you've been following the scene, you will realize Samsung has actually lowered its price from the original Galaxy Fold's $3,088 price tag. Depending on which end you’re staring at, the Galaxy Z Fold2 is now 0.2mm to 2.1mm thinner than before. Samsung also improved the hinge mechanism by using what worked on the Galaxy Z Flip - there’s a sweeper design within that helps to keep dust and grime out, on top of an updated CAM mechanism allows the Z Fold2 to be used when half-folded at 75- to 115-degrees. Other software enhancements, like App Continuity, App Pair, Multi-Active Window, will be touched on further in the review below too. Here's a detailed video walkthrough when we first laid our hands on this foldable smartphone:-

As a device, the Samsung Galaxy Z Fold2 sports a 6.2-inch Super AMOLED Infinity-O Cover Screen. Unfold, and you’ll meet the squarish 7.6-inch Dynamic AMOLED 2X Infinity Flex display called the Main Screen. The Main Screen has an adaptive 120Hz refresh rate that changes based on the type of content you’re viewing. Powering all this is a 4,500mAh battery, which is a touch larger than its predecessor. The phone is also 5G-ready, making it a suitable device for the 5G trial networks (M1, Singtel and StarHub) available in Singapore, too.

So, does the Galaxy Z Fold2’s display justify the price tag? Is the nearly doubled display real estate really that much of a game-changer? Has Samsung moved the bar further after a year since the original Galaxy Fold?

For reference, we’ll talk about the Galaxy Z Fold2 as the third Fold device they’ve made. That’s because the very first version - the one where some folks got to try in April 2019 - wasn’t commercially available (or viable). Samsung only put out the predecessor in September 2019, after they made massive reliability improvements to the device. 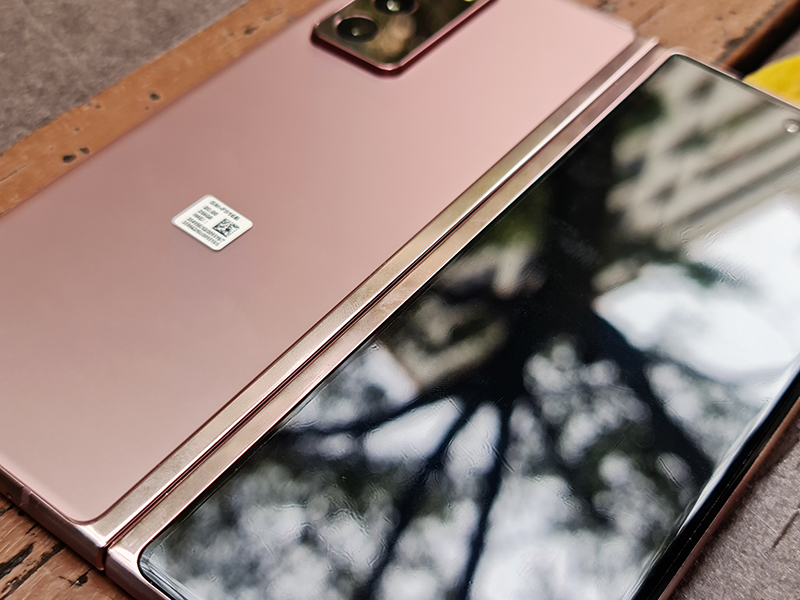 Let’s start by talking about what went well for the Z Fold2. It shares a similar appearance with the Galaxy Note20 Ultra - a diffused metallic rear framed in aluminium. The hinge’s housing has a polished gloss, which contributes to the overall ‘sleek’ appearance Samsung was gunning for in the Galaxy Z Fold2.

The Z Fold2 gets a thin, 30μm Gorilla Glass Victus layer and a plastic sheathe on top of its Cover Screen. The plastic rear is protected by Gorilla Glass 6. The glass upgrades are significant when compared to the previous Fold, which merely had a plastic screen. 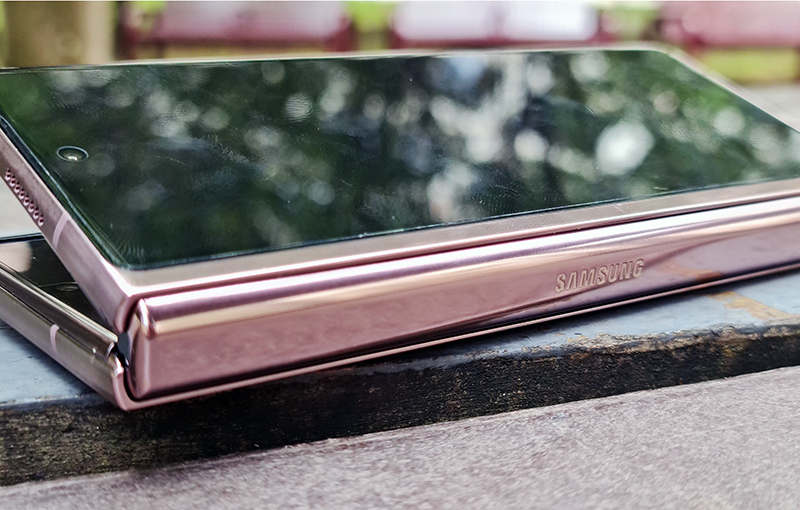 The hinge mechanism that holds both halves of the device is borrowed from the Galaxy Z Flip. For example, it gets a similar sweeper mechanism, where the hinge uses nylon fibres to keep dust and dirt out. CAM technology in the hinge also allows the Z Fold2 to ‘stand’ upright with the other half folded between 75- to 115-degrees. It’s certainly more durable than the previous iteration of the Fold. 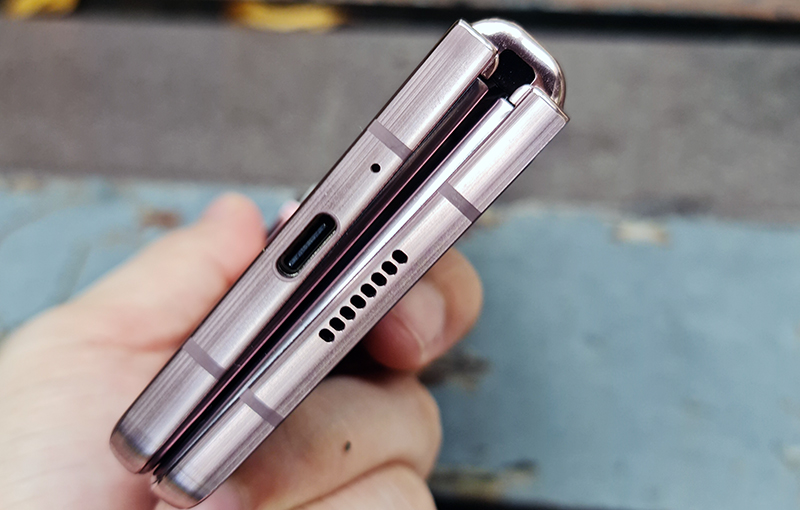 It’s also slimmer by 0.2mm when compared to the previous device. Realistically, it doesn’t offer much in ease of use, but every millimetre the Z Fold2 can shed helps in reducing its overall thickness.

Another visible upgrade is the disappearance of the bar-shaped ‘notch’ that ate into the Main Screen. In its place is a pinhole-sized, front-facing camera. It’s not a huge difference in terms of hardware, but it’s a significant leap in build quality and aesthetics when the new design offers a full, uninterrupted square panel.

When folded, the slim Cover Screen is operational with one hand, mostly because of the 68mm width it has compared to a regular flagship smartphone displays (which are typically 3-10mm wider). Folding and unfolding the device felt reassuring - there’s no clicking into place, and it snaps neatly into place when fully opened. When open, the phone never fails to greet you with its full Main Screen in all its glory. This part (the reveal) never gets old, and it’s what Samsung does best with the Z Fold2.

Of course, a unique design like the Z Fold2 wouldn’t be perfect on the second try. For one, this is a flagship tier device that’s not water and dust resistant rated. Also, the screens do not have in-display biometric sensors - the fingerprint sensor is on the power/lock button instead. While critiquing a phone for lacking IP-rated waterproofing and in-display fingerprint readers seems harsh, we’re reminded that it costs S$2,888. Hence, niceties that we've taken for granted on most non-foldable flagship phones, technical limitations for a foldable phone have held Samsung back from following through with these two features on its premium offering.

Other design weaknesses are inherent to foldable technology itself. The Galaxy Z Fold2 is naturally bulkier than many normal phones, even with the size reduction made by Samsung. The inner display still has a visible crease down the middle, which can be annoying when the light hits your phone just right.

Write a Review
Compare This | Specifications
Improved durability of folding mechanism
Amazing displays with great app compatibility
Top-tier processor performance
Expensive, even for flagship
No IP-rated water resistance
No expandable storage
Foldable display crease still visible at certain angles
Our articles may contain affiliate links. If you buy through these links, we may earn a small commission.
Sponsored Links