The Galaxy Tab S4 is powered by a Qualcomm Snapdragon 835 processor. I’m not sure why Samsung decided that its flagship tablet gets last year’s flagship processor, but it’s something Samsung has done before with the Galaxy Tab S3, which had a Snapdragon 820. Overall, not much of an improvement over its predecessor. It is however significantly less powerful than its closest competitor, the iPad Pro 10.5-inch.

I also ran benchmark tests in both tablet mode and DeX mode, to see if overall performance will be impacted when switching to DeX. The result? Yes, but only by a tiny margin.

In absolute terms, amazing, thanks to the Tab S4’s massive 7,300mAh battery. For our battery test, we played a 720p video on repeat with screen brightness and volume turned up 100%, with Wi-Fi and Bluetooth turned on, and some emails being refreshed in the background. Once again, we did the battery test both in tablet and DeX mode, to see if battery consumption increases in DeX mode. The result? Not by much. Without DeX, Tab S4 lasted 9 hours 49 min, while on DeX, it lasted 9 hours 29 min. This is far longer than its competitor, the iPad Pro 10.5-inch.

However, it’s not that much different from the Tab S3, which has a much smaller 6,000mAh battery but still lasted 8 hours 59 min. Moreover, the Tab S3 tested was my personal device that is over a year old, with the battery having sustained quite a modest amount of charge cycles. 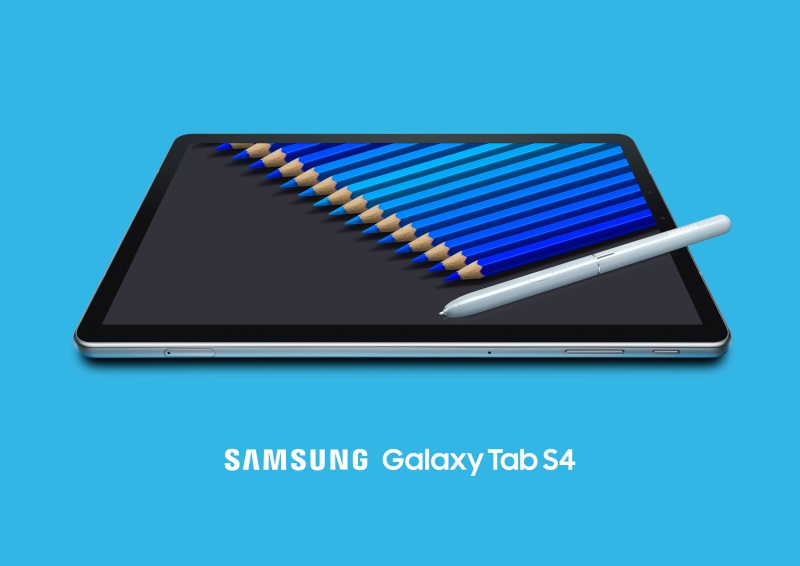 Samsung got it almost right by positioning the Galaxy Tab S3 as a flagship portable entertainment and reading tablet. For the Tab S4, it was eager to position the tablet as a laptop replacement – a tad too eager – and in the process of doing so, it compromised on the portability of the device by adding weight and thickness to it (especially when factoring in the optional Book Cover Keyboard).

The design of the Tab S4’s keyboard accessory is also confounding, given that Samsung could get the design of its Windows accessories right, such as the Galaxy Book, yet it was not able to transfer that design knowledge to the Tab S4 Book Cover Keyboard, opting for a much heavier, bulkier, and less classy design – and still getting the ergonomics wrong.

All may be forgiven, had Samsung priced its products fairly. However, at a recommended retail price of S$998 for the 64GB/Wi-Fi variant and S$1,198 for 256GB/Wi-Fi variant, and a hefty price of S$228 for the Book Cover Keyboard accessory, this means a total of $1,226 for a basic mobile productivity setup. Such pricing is justified only if the Tab S4 had been released early last year. Anyone who buys such a setup at this price would be spending nearly as much as an iPad Pro/Smart Keyboard/Apple Pencil setup, or more than a Surface Go/Type Cover Keyboard/Surface Pen setup with a relatively poor productivity apps ecosystem and a bulky keyboard. In light of these two strong competing products, this pricing is difficult to stomach.

Even if the competition is ignored, it is only a matter of time before the very notion of Android on tablets is rendered completely obsolete. When Google released their one and only Google-branded tablet, the Pixel C, in 2015, only to quietly stop selling them late last year, it is very telling that even Google has given up its ambition of having Android on tablets. In developer guides, it has since slowly shifted away from encouraging developers to target tablet compatibility in favor of just focusing on mobile form – another sign of the times. The death knell came when Google announced Pixel Slate, a Chrome OS-based tablet, and leading to that was the successful emulation of Android apps on Chrome OS.

Samsung did try to make Tab S4 a mobile productivity machine. In fact, it is the best Android tablet out there now. Sadly, this statement rings hollow, as there are no other premium Android tablets other than the Huawei Mediapad. Outside the Android ecosystem, the competition is strong, and with Chrome OS/Pixel Slate looming, it is only a matter of time before the Tab S4 becomes obsolete.

The one area that the Galaxy Tab S4 really stands out consistently is its long battery life, a great screen, and excellent speakers. This makes it an ideal road trip companion for movie marathons on a portable device, anywhere you need it. However, that makes it a really expensive portable entertainment device when it's actually built as a  mobile productivity machine, which unfortunately isn't its strong suit as we've summed above.

As such, we find it hard to recommend this tablet purely from the high cost and ecosystem readiness for true productivity. No doubt the launch promotions were interesting, but unless you can still get similar offers or better, it's probably time to reconsider your tablet buying plans. Planning to upgrade from Tab S3? Just buy the new S-Pen as there isn't a whole lot that has improved other than Dex and a new form factor. Need a recommendation for buying a new tablet? Get an iPad Pro. Want a to-go mobile productivity suite? How about a Surface Go? Die-hard Android fan? Maybe, but it’s time for even an Android fan to question whether he or she should loyally stick to Android even for tablets, or evolve to Chrome OS. Perhaps you're a digital artist? Get a Tab S3 + Tab S4’s S-Pen, it’s lighter on hand and has a more suitable aspect ratio for drawing.