Note: This article was first published on 30th October 2018. 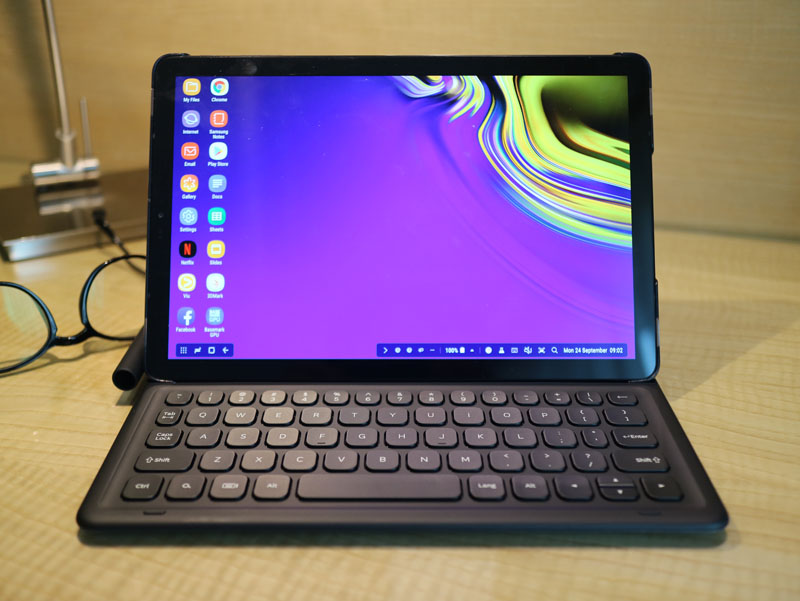 Five years ago, most of the major smartphone brands also produced tablets, but these days the growing number of smartphones with large displays and slim phone bodies have made tablets mostly redundant. Currently, among the major brands in the phone industry (relevant to the Singapore market), only Samsung and Apple are releasing new tablet models each year.

Samsung’s flagship tablet series, the Tab S, is now in its fourth iteration with an improved design, a larger display, and a new productivity feature: DeX on tablet. Just how good is DeX mode on the Tab S4, is it any different from the Tab S3 from 2017 and are these expensive tablets still relevant? Let's find out, but first, here's the complete Tab S4 range:- 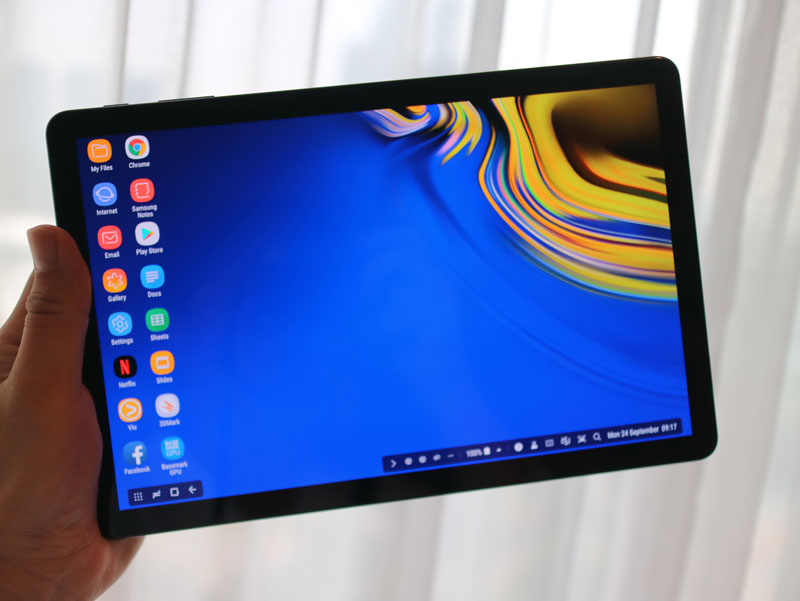 The first big difference you’ll notice with the Tab S4 is that Samsung has removed the physical home button and navigation keys. Without them, the tablet looks more symmetrical, the bezels are slightly thinner, and the tablet can be used in any orientation without feeling awkward.

Alongside the removal of the front buttons is a change in screen size and aspect ratio. The Tab S3 was positioned as a lightweight reading and note-taking device with a 9.7-inch, 4:3 “book-ish” aspect ratio screen. For the Tab S4, Samsung is using a larger 10.5-inch, 16:10 screen aspect ratio display with a 2,560 x 1,600 pixels resolution (~287ppi). The screen itself is still the same Super AMOLED panel used in the Tab S3, providing the same brilliant screen experience.

The Tab S4 is also 53g heavier than its predecessor, weighing in at 482g. The tablet is also 1.1mm thicker than the Tab S3. The larger size, heavier weight, and longer aspect ratio also makes the Tab S4 less comfortable to hold when reading e-books.

The Tab S4 uses the same quad-speaker setup as the Tab S3. The speaker setup is tuned by AKG, with one speaker at each corner of the tablet, providing a good aural experience when listening to music or watching movies. If you've not heard it in action, we would highly recommend testing it out at your favorite electronics store; it can really fill your immediate area with clear, enveloping audio - good enough for watching a movie or your favorite soap opera in a small group.

With the increase in screen size, as well as its aspect ratio change, it is obvious that Samsung is positioning the Tab S4 as more of a productivity and entertainment device than for easy reading and holding.

Iris and Face Unlock only? 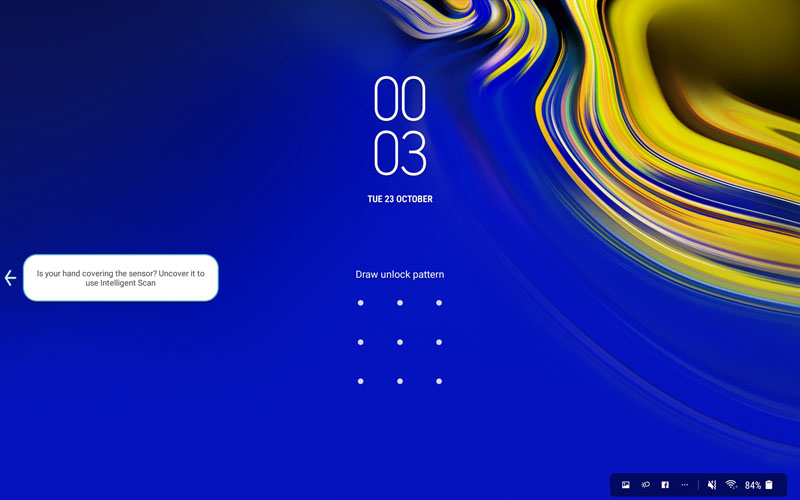 With the home button removed, fingerprint unlock is no longer an option for the Tab S4. Instead, it utilizes iris and facial recognition, which is the same technology you’ll find in Samsung’s Galaxy S and Note series of smartphones. Unlocking the tablet using iris and face unlock is fast and works even with glasses on. It is generally seamless, except for when you accidentally block the iris scanner when reaching to turn the tablet on. 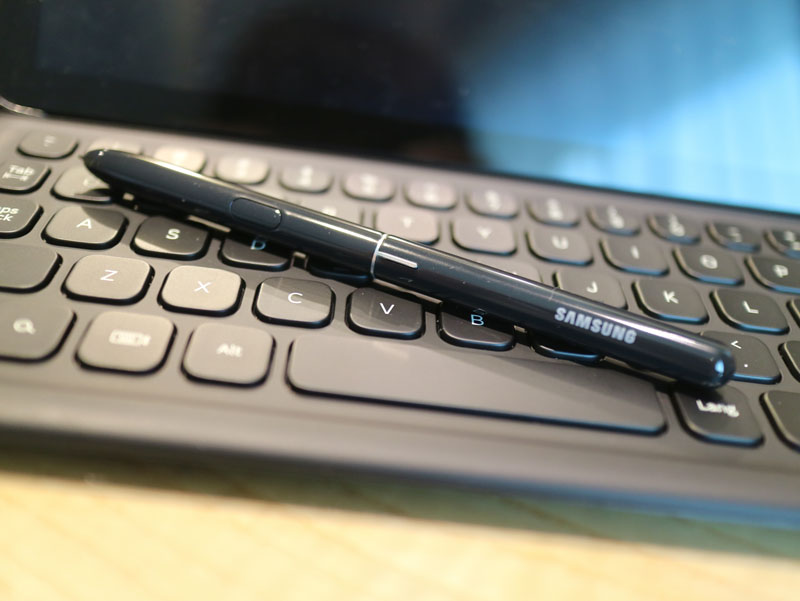 The Tab S4 comes with an improved S-Pen, both in terms of aesthetics and ergonomics. The Tab S3 came with a rather simple S-Pen that looked less like a pen, and more like a cheap felt-tip marker. The Tab S4’s S-Pen actually looks like a real pen and is quite classy when clipped onto the pocket of a shirt. With the ergonomics of an actual pen, taking notes or drawing on the Tab S4 feels more natural than on the Tab S3. In case you are wondering and have the older Tab S3 (like myself), the new S-Pen is also compatible with the Tab S3.

Functionality wise, there’s no difference between the Tab S4 and Tab S3’s S-Pen capability. Both can sense 4,096 levels of pressure and both have a 0.7 mm rubberized stylus nib. The rubber nib provides some friction while writing, which makes it feel like you're writing with a pen on actual paper. 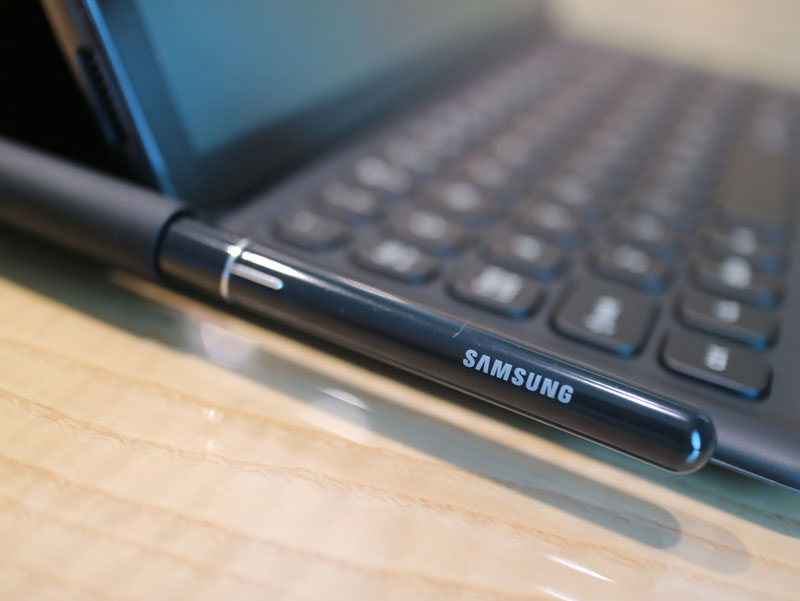 Unlike the Galaxy Note series smartphone, their tablets are still missing a slot to hold the S-Pen and with a larger S-Pen on the Tab S4, that option is totally not feasible. To address this, the Book Cover Keyboard (which will be cover in more detail on the next page) comes with an S-Pen holder. However, I’ve found that the holder is incapable of holding the S-Pen for long. Over the course of reviewing the Tab S4, the S-Pen fell out of its holder four times. One way to mitigate this is to put the pen in the holder with the tip exposed, but this increases the risk of damage to the S-Pen’s tip.