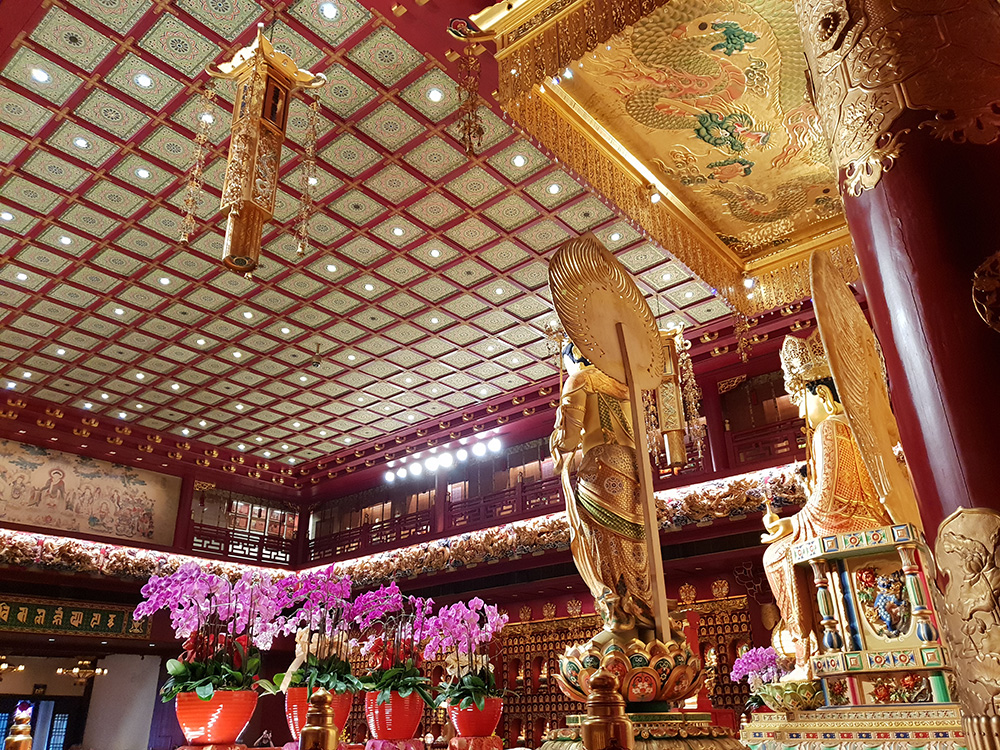 Edited 13/3/18: Changed the words ‘variable aperture’ to ‘dual aperture’ instead, which is more accurate. Added a mention about the S8 series and Note8’s f/1.7 apertures. Added a short comparison between super slow-motion resolutions.

The headline feature for the S9 and S9+ camera is its lens, which switches between f/1.5 and f/2.4. The S9 and S9+ share the same wide-angle main camera, which is the one with the dual apertures. This main camera captures 12MP images using a 1/2.55-inch sensor, with a pixel size of 1.4 microns. The S9 comes with this main camera only, but the S9+ also comes with a second camera for zoom.

The S9+ is Samsung’s first ‘S’ series smartphone with a dual camera system, but it’s not the company’s first. That would be last year’s Note8. The S9+’s zoom, or telephoto, camera also captures 12MP photos. But it has a smaller sensor that measures 1/3.4“, with a pixel size of 1 micron. Its lens has a fixed aperture of f/2.4. The sensor and pixel sizes for both cameras are similar to the Galaxy S8 and Note8 cameras.

Samsung steps forward with computational photography on the S9 and S9+

But beyond dual apertures, the S9 series’ images reveal how Samsung is taking steps forward on computational photography.

An integrated DRAM module on the new 12MP sensor provides extra processing power for the S9 cameras. This allows Samsung to combine up to 12 images per shot for a final composite, up from three images before. It’s an ambitious number — the Google Pixel 2 XL, likely the most computationally advanced smartphone so far, combines up to 10 images per shot. 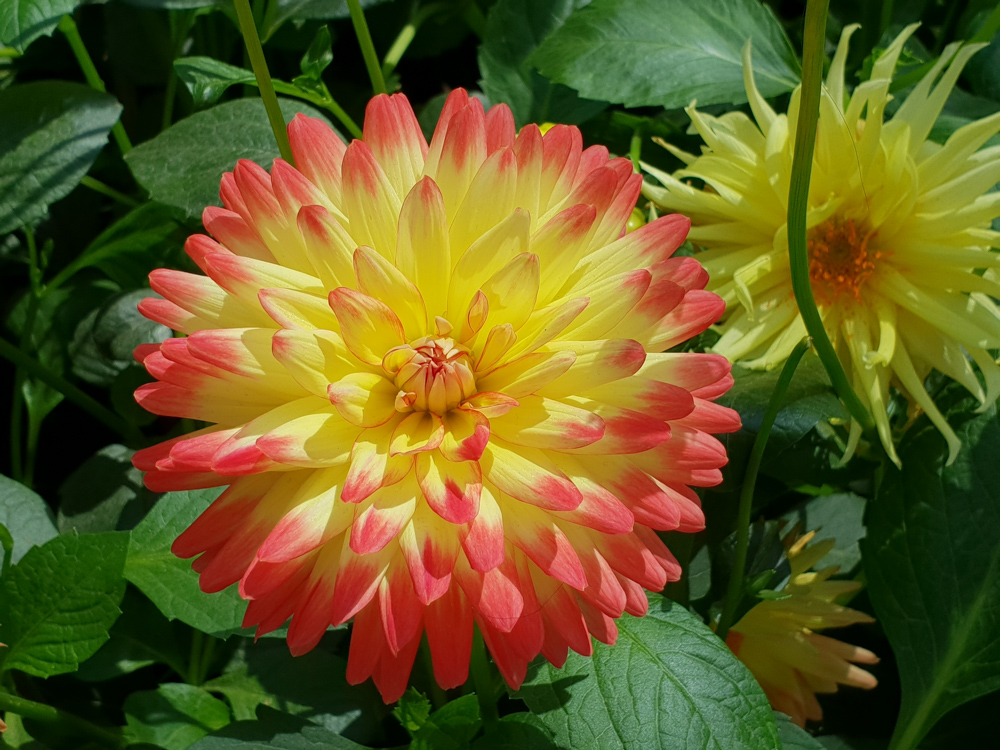 The processing is likely why the S9 produces JPEGs with an impressive dynamic range, more so than previous Samsung smartphones. It also shoots better HDR images, fixing a long-standing weakness for Samsung cameras. 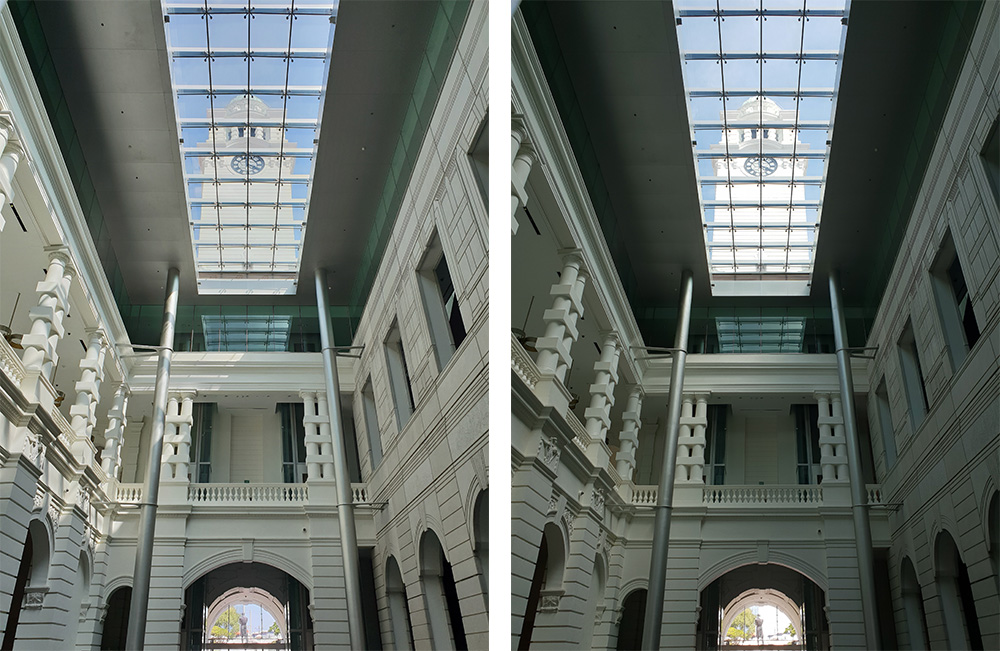 The amount of processing becomes evident when comparing raw and JPEGs. In Pro Mode, the S9 series can save in both raw and JPEG, but only for the main camera. Raw files, saved in DNG, are softer and noisier than their JPEG counterparts. This points to significant edge sharpening and noise reduction for the S9 series’ JPEGs. The raw files are also more exposed while the JPEGs are darker, likely because the S9 is taking a range of exposures and merging them into the final composite. 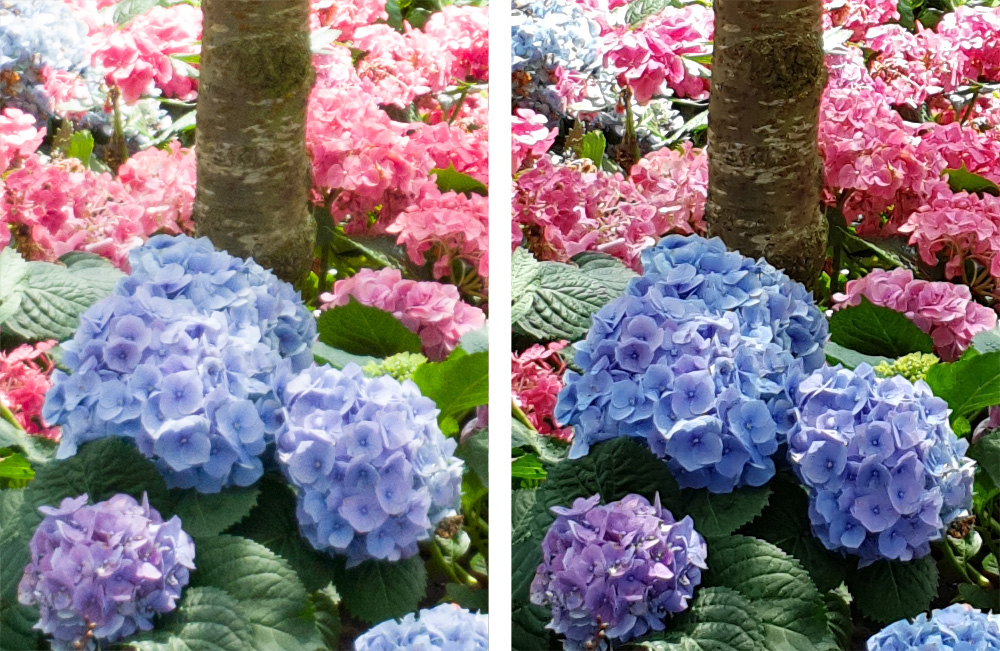 But the JPEGs’ liberal sharpening makes some details look unrealistic. The sharpening can also produce edge halos at times. You likely won’t see these effects, though, if you don’t zoom into your files on a PC or print them at large sizes. The S9’s generous sharpening makes these images pop on small screens and web resolutions, which is how most people view their photos these days. 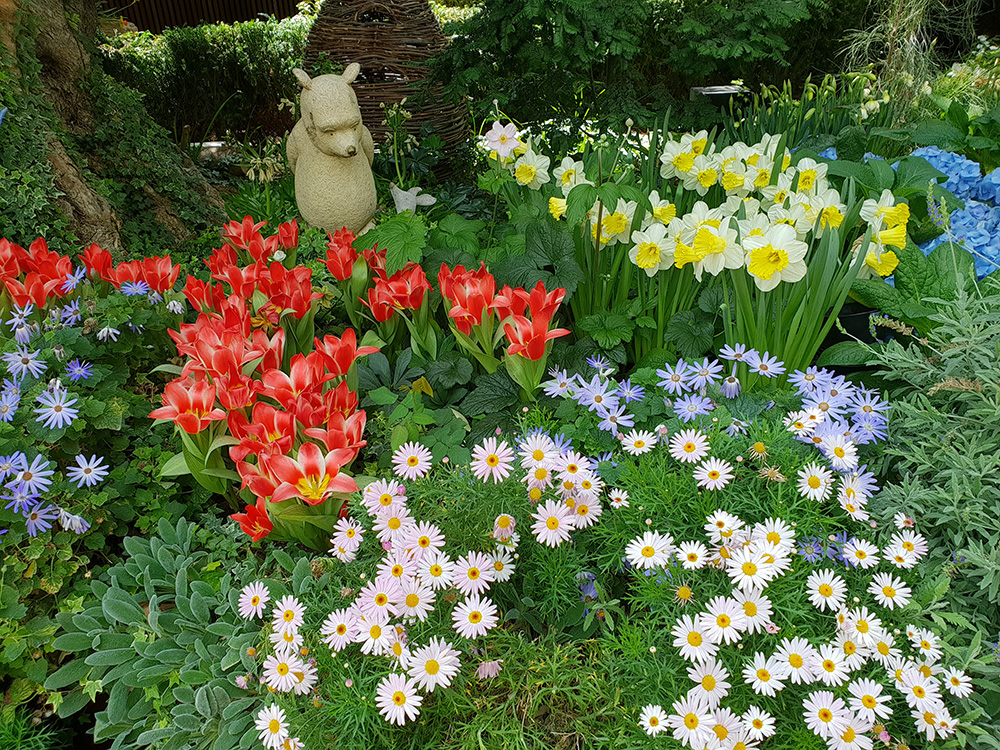 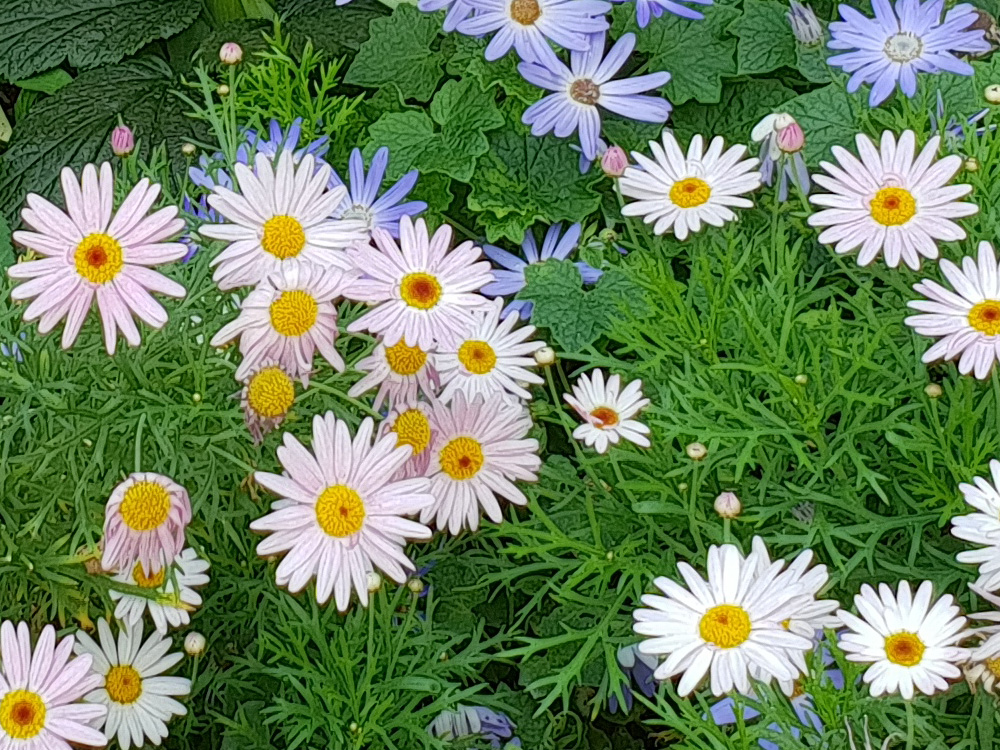 In Auto Mode, the main camera switches automatically between f/1.5 and f/2.4, depending on the amount of light. You can only toggle the aperture in Pro Mode. The lower a lens’ aperture value, the wider it can open, and the more light it lets in. f/1.5 is especially useful in low light, but it can be too much in bright daylight. That’s when the main camera will switch to f/2.4 to let less light in.

On cameras with bigger sensors, like a mirrorless or DSLR camera, a lens with a large aperture can create blurrier backgrounds. But on cameras with miniature sensors, like smartphones, the effect is negligible. You can use the S9+’s Live Focus Mode to simulate background blur, which works well most of the time.

It’s in low light that the S9’s f/1.5 lens shines. Because of its wide aperture, the S9 can capture more light in dark situations. It can also let you shoot at lower ISO, resulting in a cleaner photo with more detail. At f/1.5, the S9 has the fastest smartphone lens today. To be sure, it’s only marginally faster than the Huawei Mate Pro 10 and LGV30+, both of which have f/1.6 lenses, as well as the S8 series and Note8, which had f/1.7 lenses. 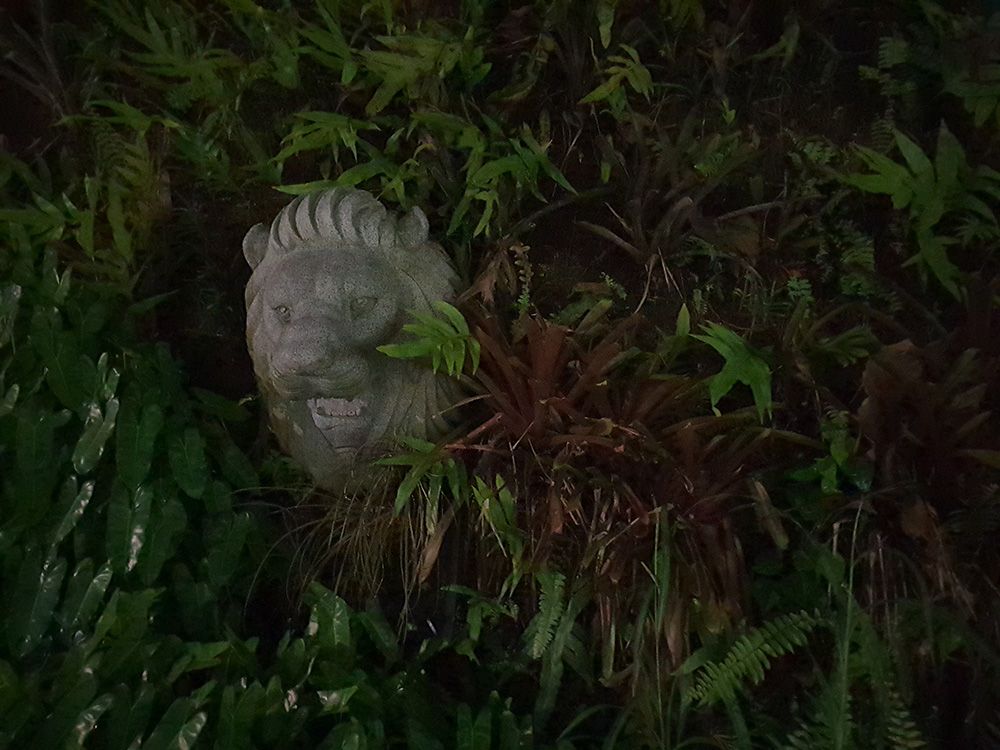 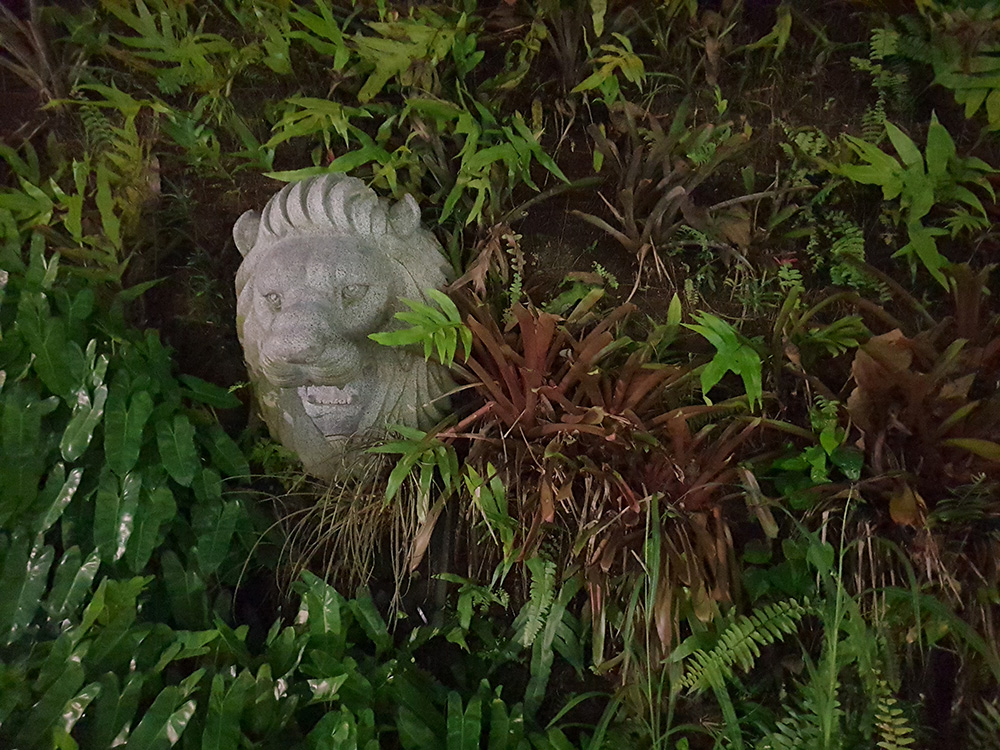 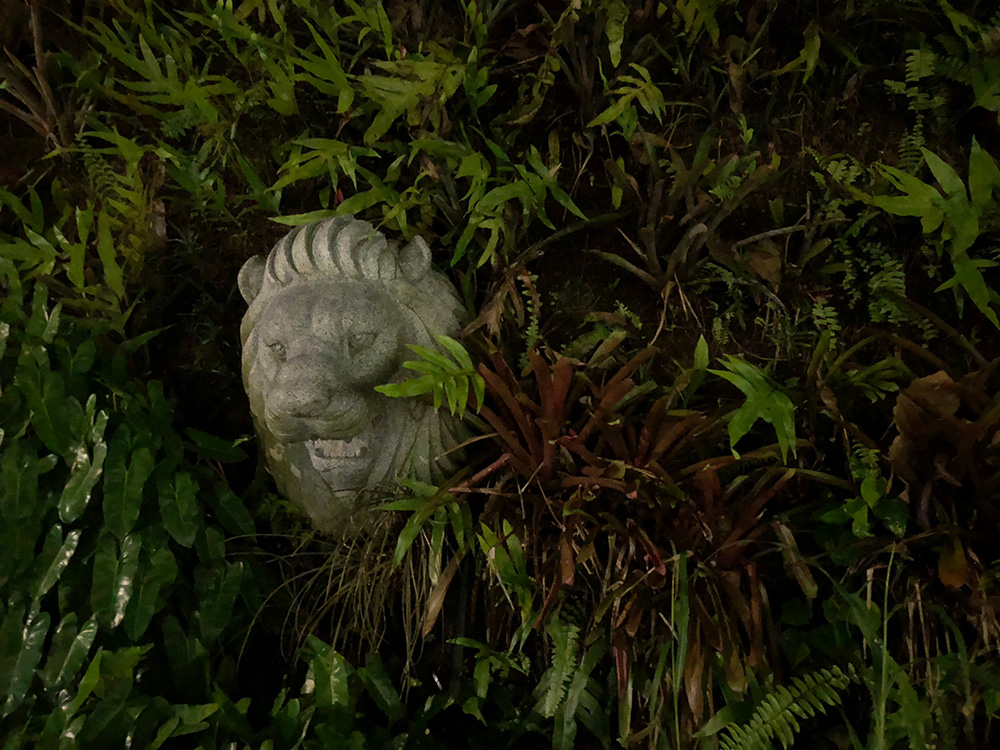 Low-light photography has always been Samsung’s strong point, and it gets even better with the S9’s main camera. Autofocus is excellent both in good light and in low light. However, the S9’s enthusiastic noise reduction also dampens color saturation in low light. With its slower lens and smaller sensor, the S9+’s secondary camera doesn’t do as well in low light. Its shots are noisier, with smudgy details.

Video quality is better than before

Video performance is the best I’ve seen so far from a Samsung smartphone, with some caveats. The optical image stabilization (OIS) on both the wide-angle and telephoto cameras is excellent. Rolling shutter occasionally surfaces but is mostly reduced.

But in videos with abundant detail, like shots of foliage, sharpening artifacts rear their head. Zooming transitions are jerky. OIS is not available for 4K video at 60 frames per second. The f/1.5 lens doesn’t help as much for videos in low light, as image noise is prevalent.

The pros, however, outweigh the cons. Solid OIS and minimal rolling shutter produce higher-quality videos than shaky footage with wobbly subjects. And to Samsung’s credit, the S9 and S9+ can save videos in the HEVC (High Efficiency Video Coding) format. Saving in HEVC can cut video file sizes by as much as half, which is a relief when you’re shooting 4K videos. But only the latest versions of macOS and Windows 10 support HEVC natively, so you’ll want to check your system before you enable this codec.

The DRAM processor also unlocks super slow-motion HD video at up to 960 frames per second for 0.2 seconds. That doesn’t sound like a lot. But 0.2 seconds capture at that frame-rate equals six seconds of playback at 30 frames per second. It captures this video at 720p, which matches the Sony Xperia XZ Premium’s super slow-motion capabilities. At the same time, the iPhone X can shoot slow-motion video at 1080/240fps, so it depends on how slow you want to go at what resolution.

My apologies to the Note8 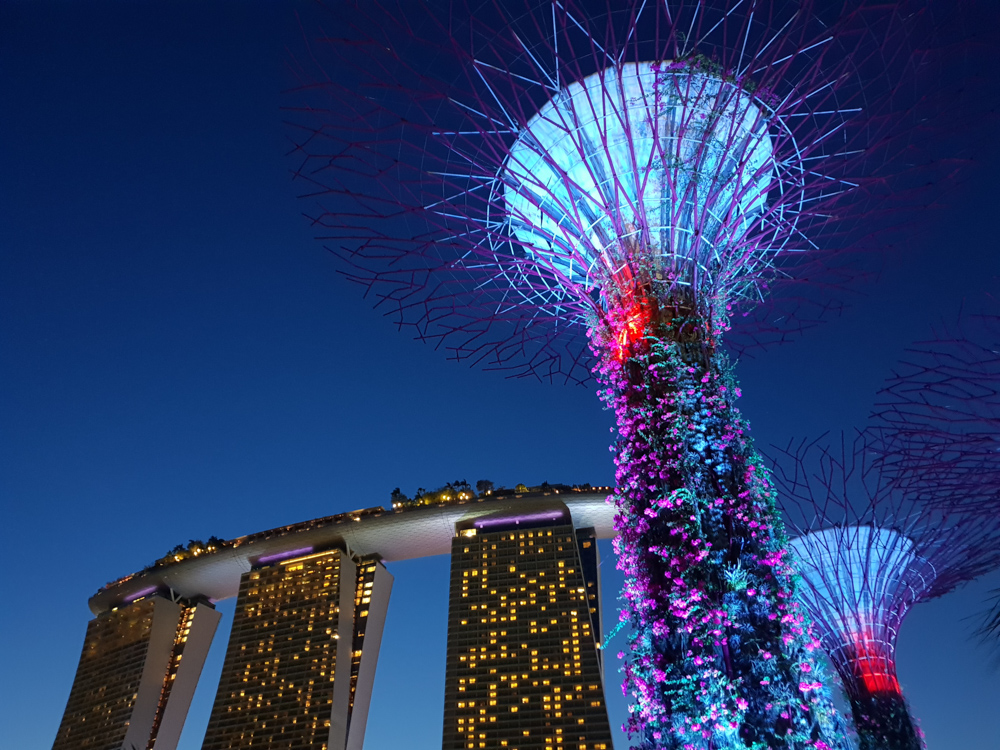 Samsung’s forays into computational photography have created a winner. The S9 series’ photos are richer and more vivid than previous Samsung cameras. HDR images are much improved. Low-light performance has always been Samsung’s strong suit, and the wider f/1.5 lens nets brighter photos in dim places.

It’s not perfect. Copious sharpening leads to unrealistic details in some images. It’s too bad that you can save raw files from the S9+’s main camera but not its secondary. And the UI needs polish. Bixby, for example, remains stubbornly engraved on the screen whether you use it or not. I would love to swap it out for a custom command, like a shortcut to trigger HDR.

Optical image stabilization for videography is far improved. Even the rolling shutter effect, which has long been Samsung’s bugbear, is greatly reduced. Once again, however, excessive sharpening leads to artifacts in shots with fine detail. It feels like someone’s taking needles to my eyes when I watch them on my Mac.

Somebody at Samsung needs to chill on the sharpening slider, for both photos and videos. But it appears to be necessary, as raw files reveal details that are noticeably softer. And to be honest, I suspect that people wouldn’t notice the zealous sharpening anyway. The effect has likely been tuned for how most people view their images these days — on small screens and at web resolutions. Whereas extreme sharpening looks garish on large screens and prints, it pops on small displays.

Last year’s Samsung Note8 cameras provided leading performance, enough to tie with the Apple iPhone X for our best smartphone camera of the year. The Galaxy S9 and S9+ elevate many of its strengths, as well as plow ahead with its habitual sins. These faults, however, are eclipsed by its strengths. The S9 and S9+ are better cameras than even the Note8, which is only six months old.