As usual there are two versions of the S8 and S8+, the US gets Qualcomm's Snapdragon 835 processor while the rest of the world uses Samsung's own Exynos 8895 SoC. In the past, Samsung's chips have outperformed Qualcomm's, so I'm perfectly fine with this. The new 8895 is built around a cutting-edge 10nm process and features four of Samsung's Mongoose M2 cores running at 2.3GHz and four ARM Cortex A53 cores running at 1.7GHz. It also sports ARM's new Mali G71 GPU clocked at 550MHz. Let's get down to comparing how it ranks in some of the core benchmarks.

The S8 and S8+ were both slightly faster than last year's models, and much faster than the Qualcomm Snapdragon 821-powered OnePlus 3T. Having said that, Apple is still unbeaten in this benchmark. Quadrant is an Android benchmark that evaluates a device's CPU, memory, I/O and 3D graphics performances. We didn't see that much of an improvement here, although that's just a testament to how good last year's Exynos processors were. It's also worth noting that the S8 scored slightly higher than the S8+, just like the S7 did compared to the S7 Edge.

This is the benchmark where we saw the biggest gains, with both devices recording monster scores. Last year, only Apple's A10 Fusion chip scored anywhere close to 3000 and now both the S8 and S8+ have easily surpassed it.

Specs-wise, Samsung hasn't changed much with the S8's rear camera, which seems to use the same 12-megapixel f/1.7 shooter as last year's S7. According to Samsung, the software processing has been improved to provide better images in low light, but I didn't notice much difference in image quality between the S8 and S7.

That's not necessarily a bad thing, the S7 had one of the better cameras of 2016, even if Samsung did pass on the whole dual-lens fad (Huawei's P10 sports this, so does LG G6, iPhone 7, the upcoming ASUS ZenFone Zoom S and more). To quick launch the camera you can now double press the power button (a feature that's actually been around since Android 6.0 but only now available on Samsung phones). Samsung's default camera app is easy to use, and if you want manual controls, Samsung's Pro mode offers a DSLR-like experience with options to manually set ISO, shutter speed, focus, white balance and exposure. There's also a Selective Focus mode that mimics bokeh background blurring, and lets you adjust the focal point after you've taken the picture but, as is normally the case with this kind of software processing, it's a bit hit-or-miss.

The front camera has been improved, and is now a higher-resolution 8-megapixel shooter with autofocus, which is apparently something that front-facing cameras have never had before. The autofocus works pretty well, and means you don't have to tap the screen to focus on your face. 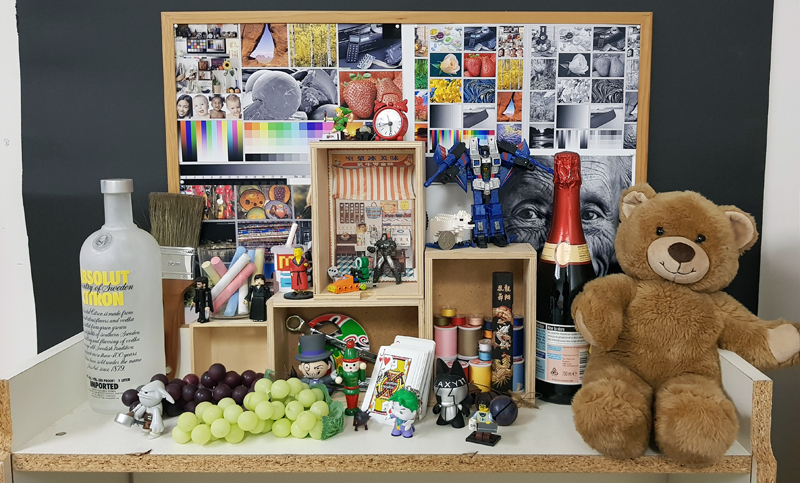 Samsung has understandably been a little conservative with the batteries inside the S8 and S8+, with a 3,000mAh battery on the S8 (the same size as the S7) and a 3,500mAh battery on the S8+ (slightly smaller than the S7 Edge's 3,600mAh battery). Recently, Samsung has been trying to allay fears of the S8 suffering the same fiery fate as the Note7 by publicizing its new eight-point safety check, but honestly, we won't know how safe the S8 is until after the phone is released and has been in public hands for a while. Personally, I'd be very surprised if the S8 shared the same fate as the Note7 just because of what it would mean to Samsung if it did explode. The company has put a lot of time and effort into making sure the S8 is safe to use, so a repeat performance immediately after the Note7 would pretty much be the end for Samsung.

In our video looping battery benchmark, the S8 lasted just short of twelve hours and the S8+ lasted thirteen and a half, both of which are actually slightly shorter than last year's S7 and S7 Edge. Nevertheless, that's still above average compared to many other smartphones, and in day-to-day usage, I had more than enough battery life remaining at the end of the day. Samsung has redesigned the wireless charging on the S8 and it now charges much faster. Unfortunately I wasn't able to test it for this review but it should now be pretty close to wired charging with Samsung's adaptive fast charger (which takes about 90 minutes to fully charge from empty). The much longer charging time was the one drawback to wireless charging in the past, so this is a very welcome upgrade.