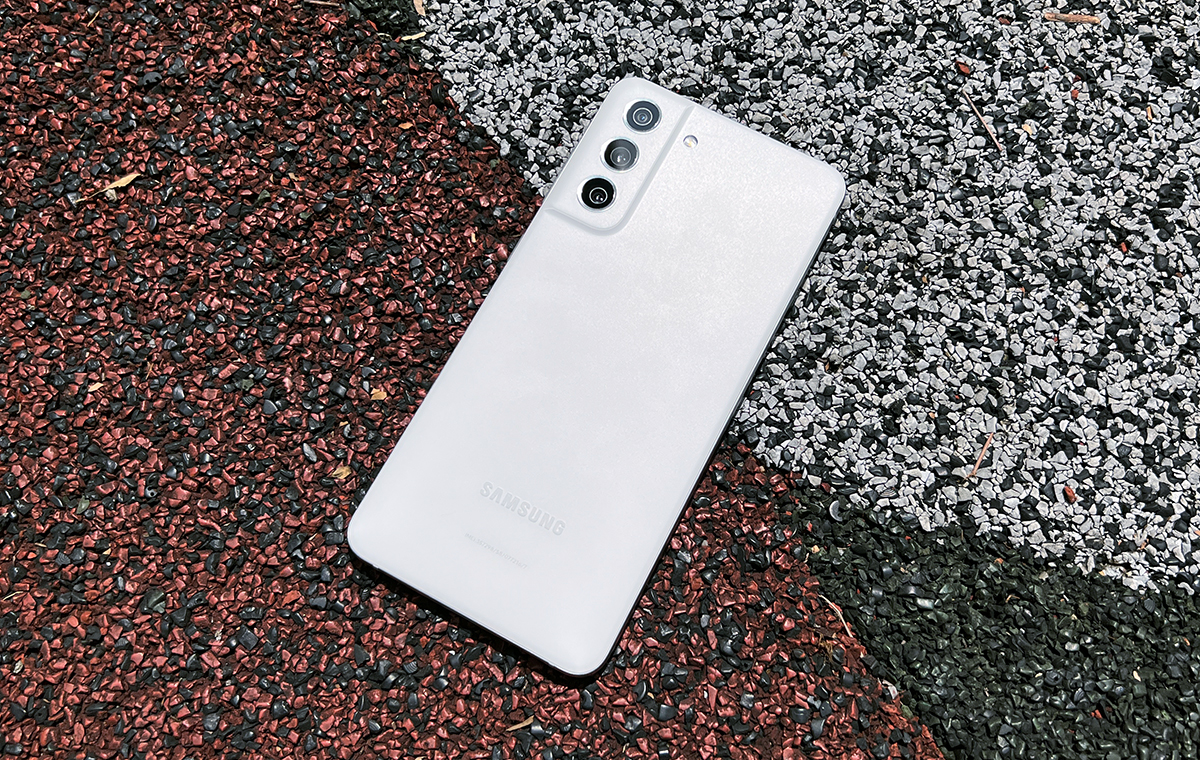 The success of the Samsung Galaxy S20 FE saw fans and non-fans of Samsung phones wanting a piece of that budget flagship goodness. What’s not to like about an affordable phone with great components and software at a reasonable price?

Samsung now piggybacks that success by following the same formula through the Samsung Galaxy S21 FE. It’s the Fan Edition of the premium flagship Galaxy S21 series with the same software optimisations. This time around, Samsung made the FE more similar by using an Exynos 2100 processor for the local units of Galaxy S21 FE, forgoing the previous choice in bringing the Snapdragon variant to Singapore instead.

To consumers here, that means that the Galaxy S21 FE’s components are quite a bit similar to last year's Galaxy S20 FE. It still sports a different processor choice, a mildly different display type (more explained below), and a negligibly smaller body and panel size.

Part of the reason why the previous Galaxy S20 FE was so well received was also because of its wide colour variety and that it used a more powerful Snapdragon flagship processor, both of which are missing on this year's Galaxy S21 FE model (more on this later).

Fortunately, the starting price now at S$978 for the 128GB Galaxy S21 FE (and S$1,048 for 256GB) is S$100+ lower than the Galaxy S20 FE’s debut RRP. That said, it officially hit retail just before the next Samsung Unpacked event, which makes this debut even more confusing at this juncture.

So, was it a good idea for Samsung to replicate the Fan Edition formula through the Galaxy S21 FE? Is the lower starting price bad news for other competing S$1,000 Android phones? And how does it stack up against Galaxy S20 FE or the original Galaxy S21 series? Let’s find out. 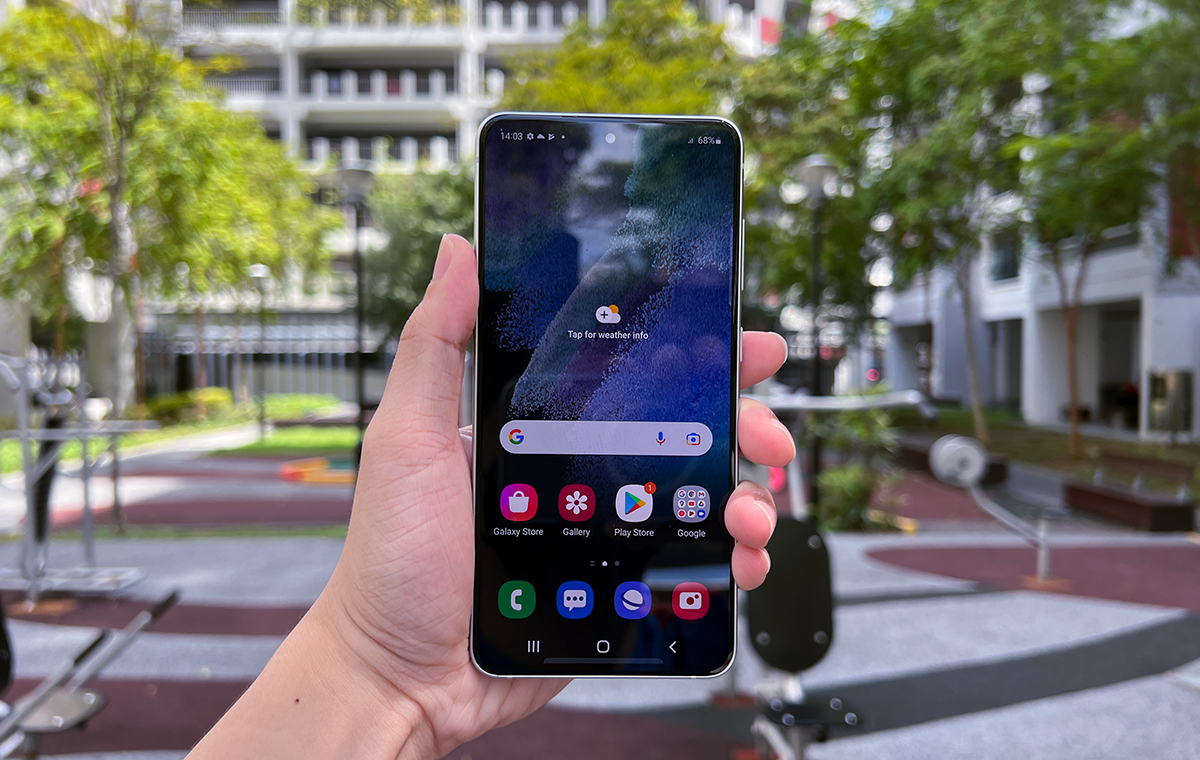 Galaxy S21 FE’s appearance is largely inspired by the original Galaxy S21 series design language. Familiar cues are its rear camera hump, which adopts the S21 series' Contour Cut chamfered plateau that ensures its lenses lay flushed with its body. A key difference lies in its finish, where Galaxy S21 FE drops the two-toned look in favour of a uniform, single-colour back. Also, the rear’s made of plastic, with no glass coverage (at least, going by touch). 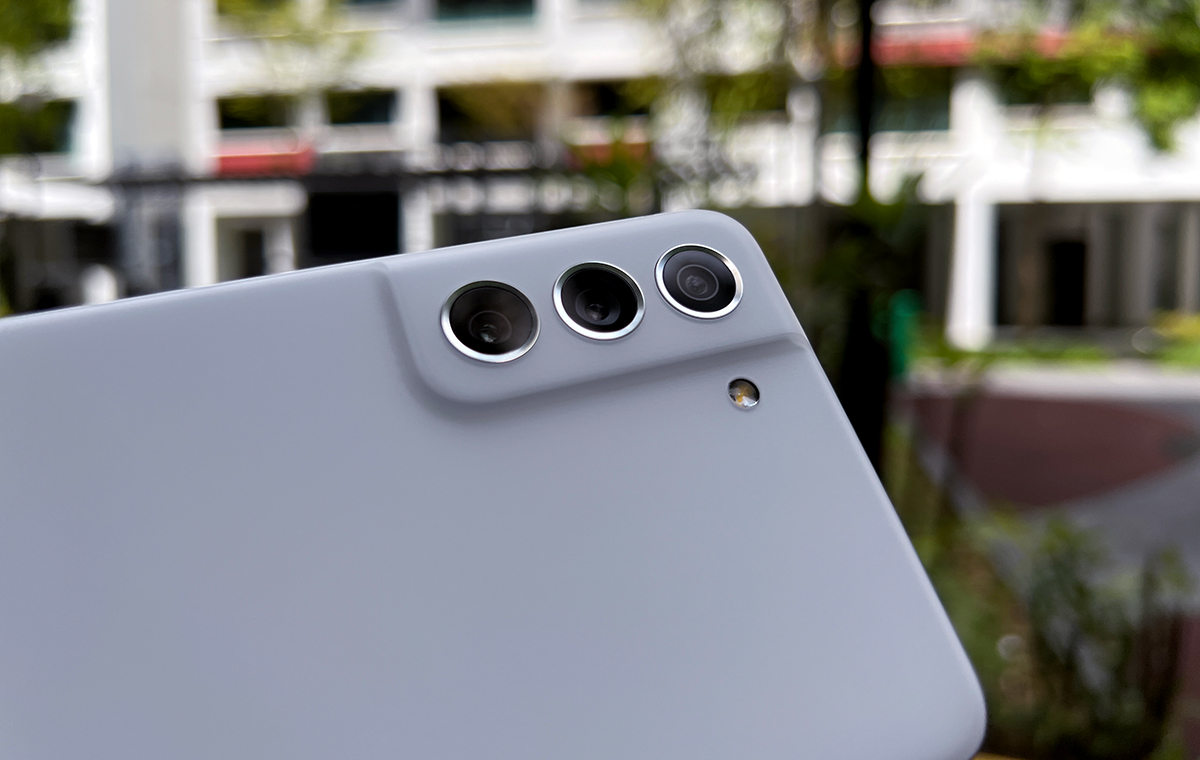 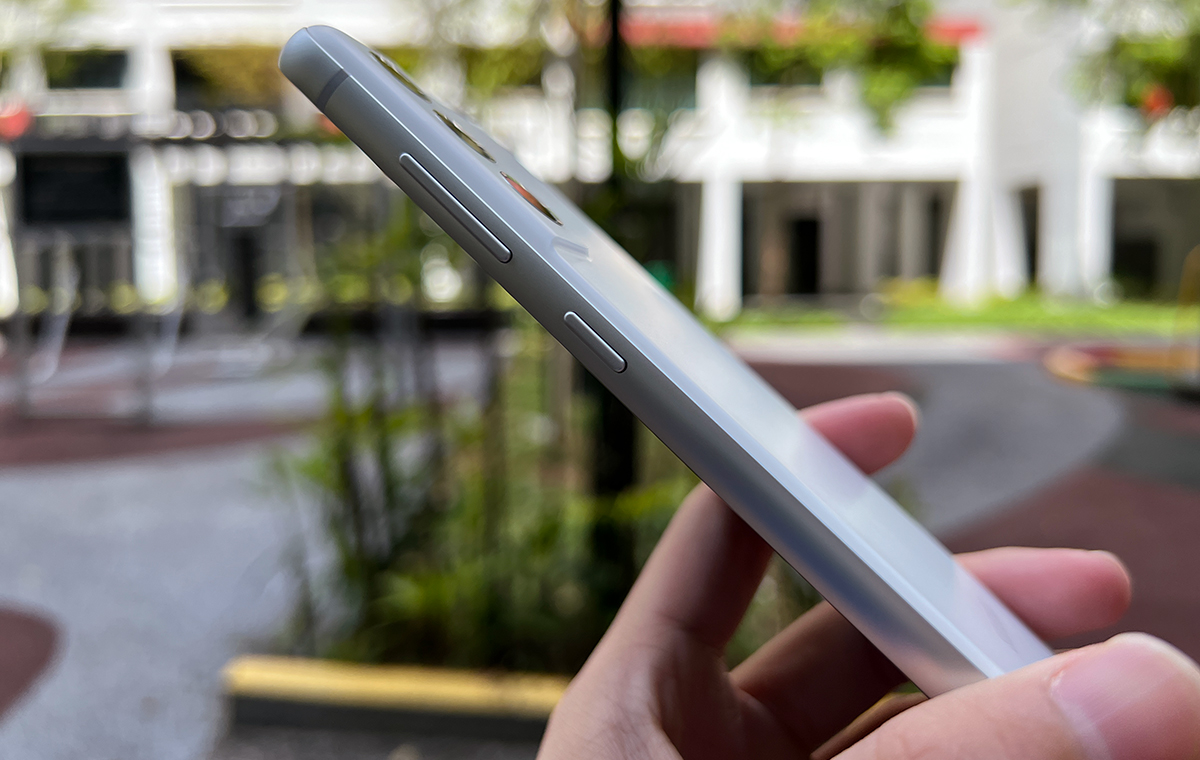 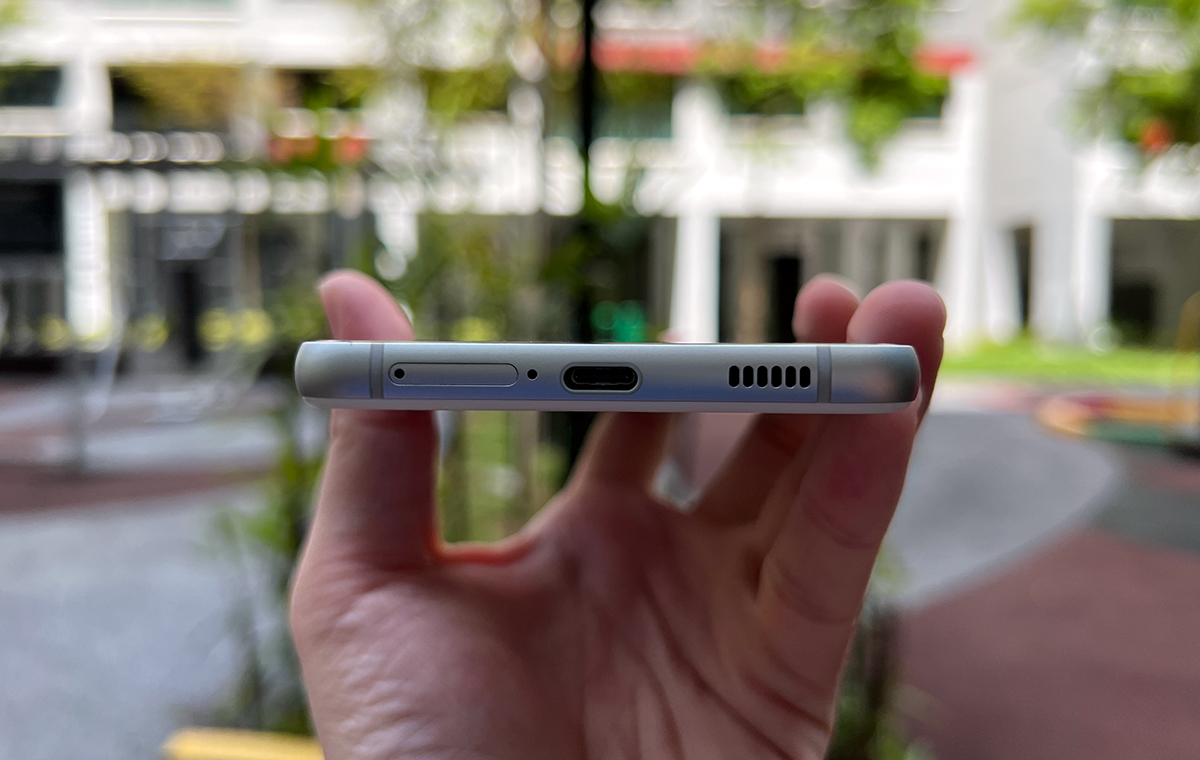 Considering how the S21 phones were already comfortable in hand and how S21 FE is meant to be a fan tribute to the series, there really isn’t much more about the phone’s design to flesh out here. If anything, we liked the attention paid to its display bezels, where it’s evenly distributed on all sides. 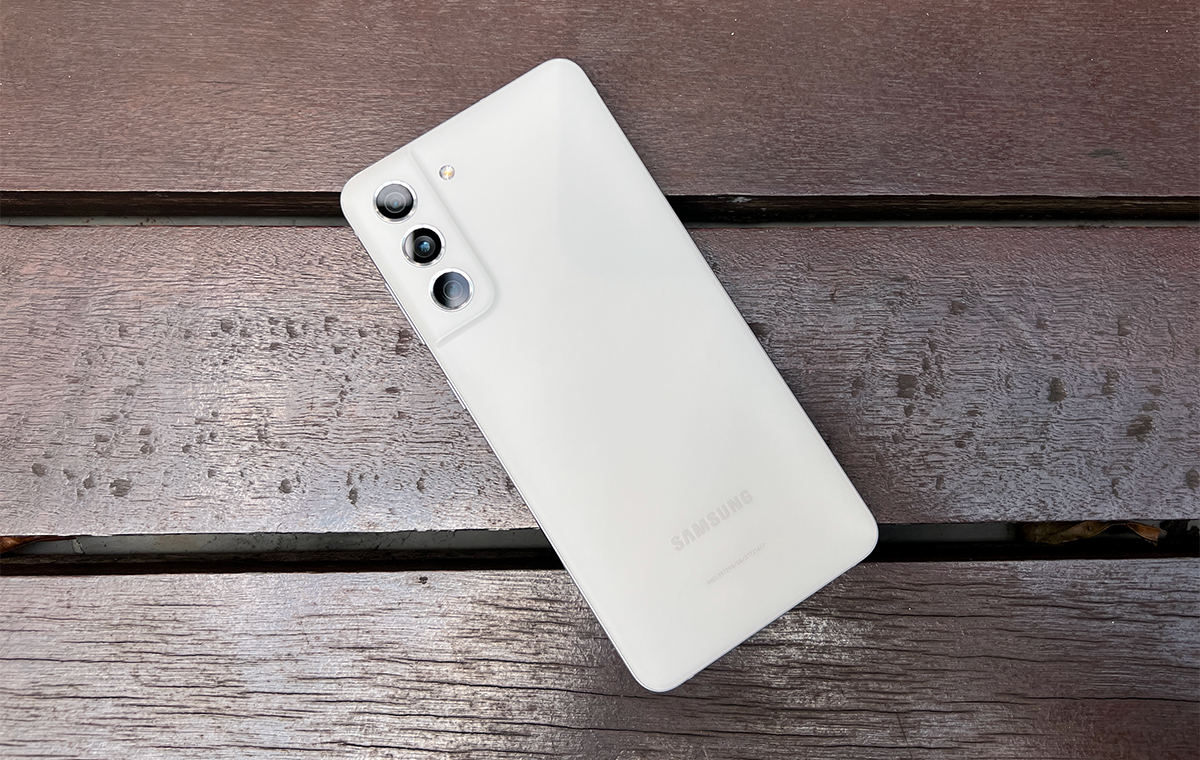 We rarely (if ever) consider phone colour options as a contentious point in our reviews, but we felt that Samsung’s strange regression into the mundane colour choices needs to be brought up for the S21 FE.

At launch, the phone has only four muted pastel colourways. S21 FE’s lack of colour tone and options at launch makes it less exciting - the four you choose from look similar no matter which you pick (which points to the colour palette choice), and they look depressing next to the fun looking S20 FE choices. It’s also partly why we chose to review the phone in white since it’s the cheeriest looker of the bunch.

The preceding S20 FE started out with six bold colours (with options atypical of Samsung’s practice, like Cloud Red and Cloud Orange), which we felt was a great way to introduce frivolity into Samsung’s typically corporate-friendly design language at the appropriate budget flagship categorisation and target demographics. Hopefully, Samsung will consider reintroducing its wider palette in a future make - for the time being, just pick a favourable phone casing and roll with it. 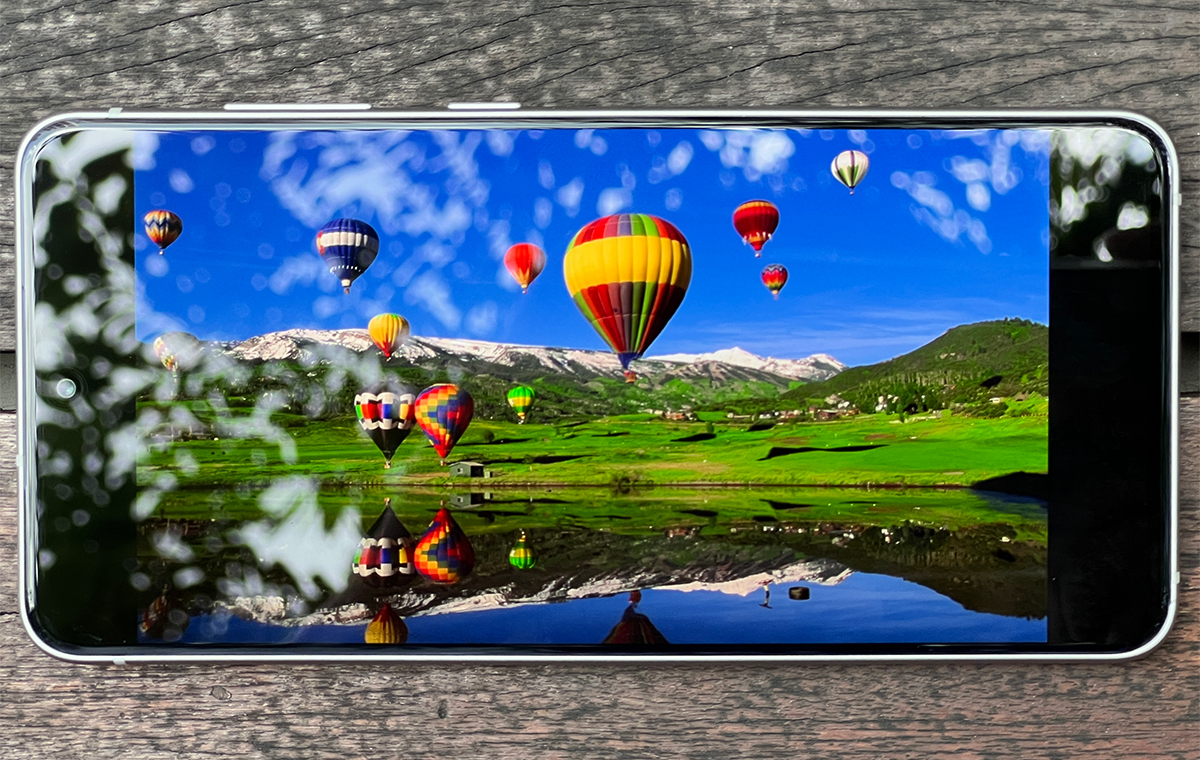 A key difference in S21 FE’s display (when compared to S20 FE) is the update to Samsung’s Dynamic AMOLED 2X display (up from the previous Super AMOLED variant). That means the S21 FE now supports HDR10+, while the older model doesn’t. The S21 FE’s display also has a higher touch sampling rate of 240Hz. 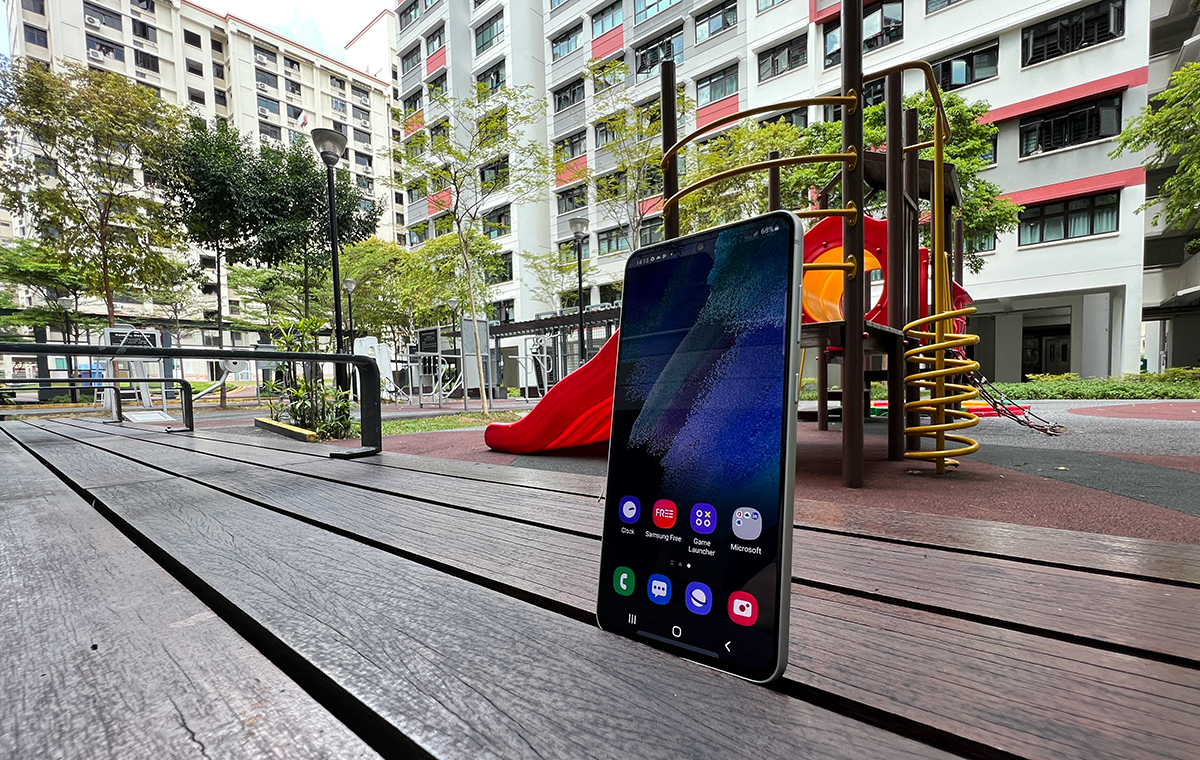 Beyond that, the S21 FE’s FHD+ resolution display stands at 6.4 inches across. This is 0.1-inch smaller than the S20 FE, but it still sits between the Galaxy S21 and S21+’s respective 6.2 and 6.7-inch display size. Colour reproduction is expectedly vibrant, fairly accurate, while details still look sharp. 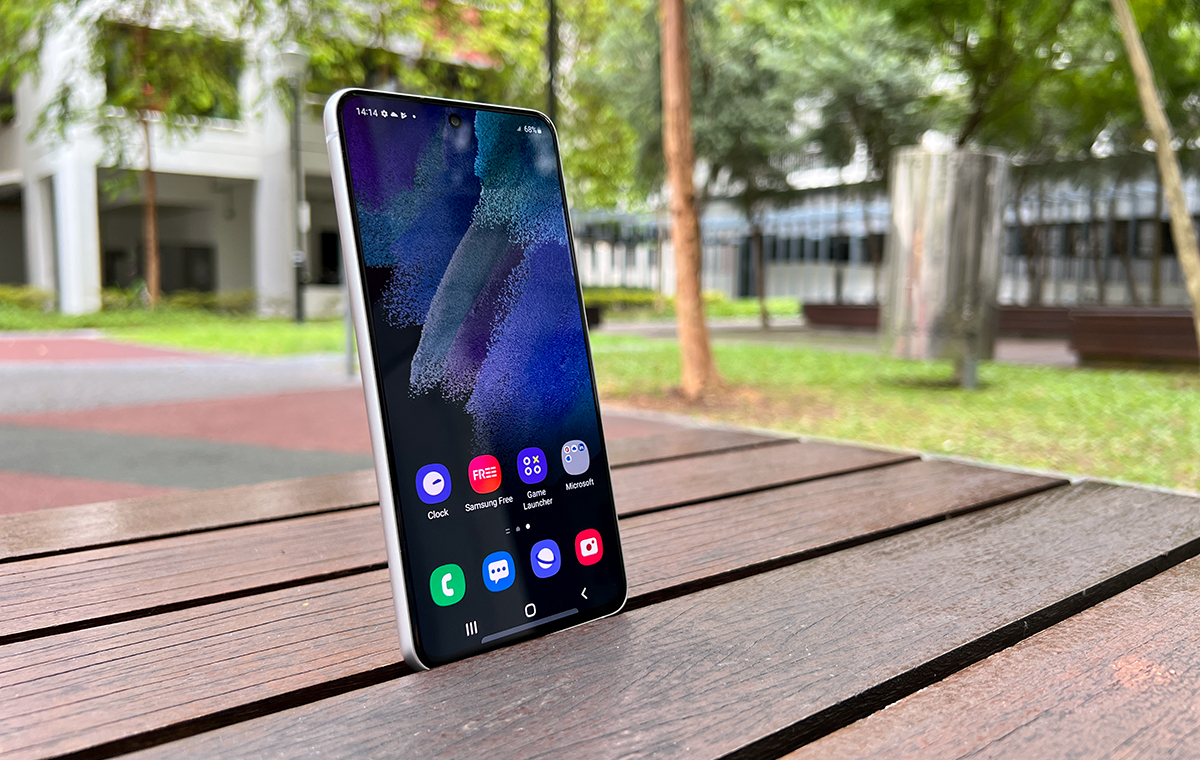 We did notice minor issues with the built-in motion smoothness algorithm when playing back some YouTube videos that support 60FPS – it compensates for the sync and timing, but you’d notice jumps between cuts. This is likely not a persistent problem, since it could be fixed with a firmware update.

There’s no difference in the S21 FE’s speaker layout and audio signature. Just like the S20 FE, it borrows the call speaker to create stereo sound with its additional bottom-firing grilles. The sound is still mid-heavy with biases in percussion and vocals. 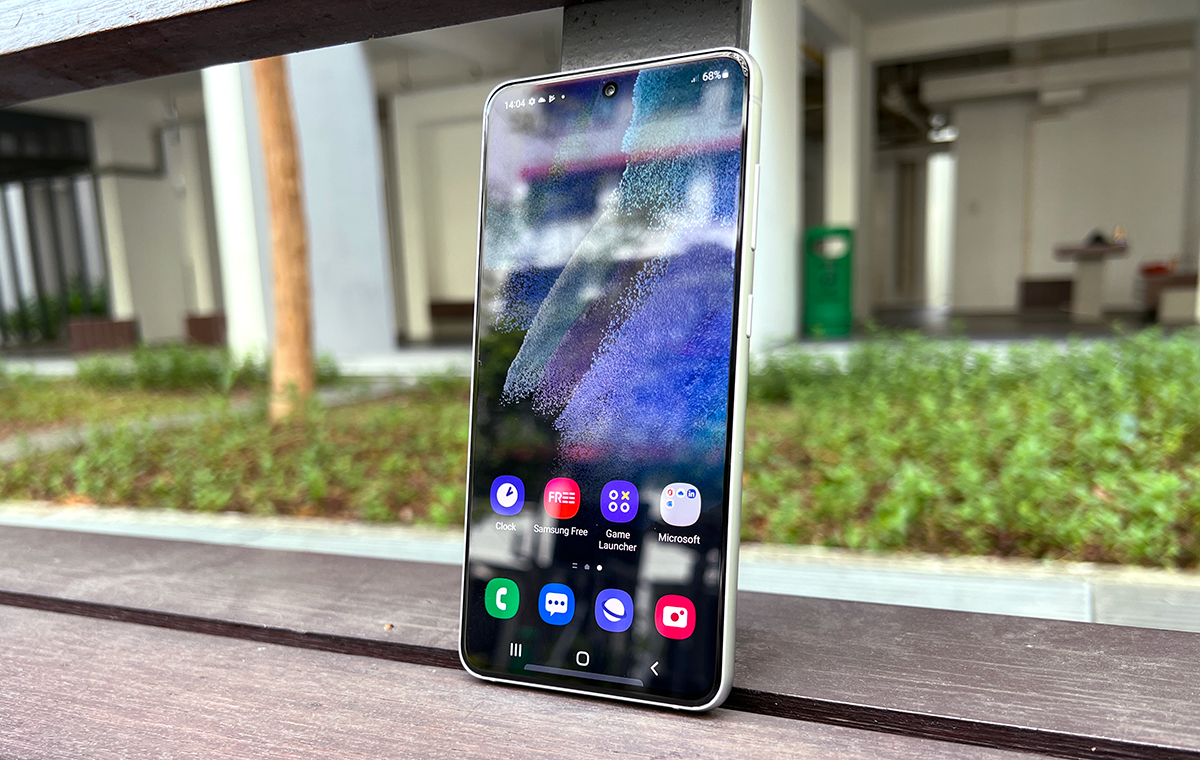 Samsung Galaxy S21 FE’s One UI 4 interface is based on Android 12 out of the box, so you’re getting the same Android optimisations made to its base operating system. Its design and user interface, however, sticks to Samsung’s tried-and-tested look, save for some minor tweaks like the shape of notifications in the pull-down menu and Settings app.

Given that it’s functionally similar to the Galaxy S20 FE, we’ve tested the device on its hygiene factors - the fingerprint sensor unlocks without a hitch, and so does facial recognition unlocking. NFC works just like any other high-end phone, so we've no qualms in this department. One thing we’ve not deliberately tested is its IP68 water resistance, but know that the flagship-tier waterproofing isn’t an invitation to dunk it in water - it’s there to protect itself from being rained or splashed on. 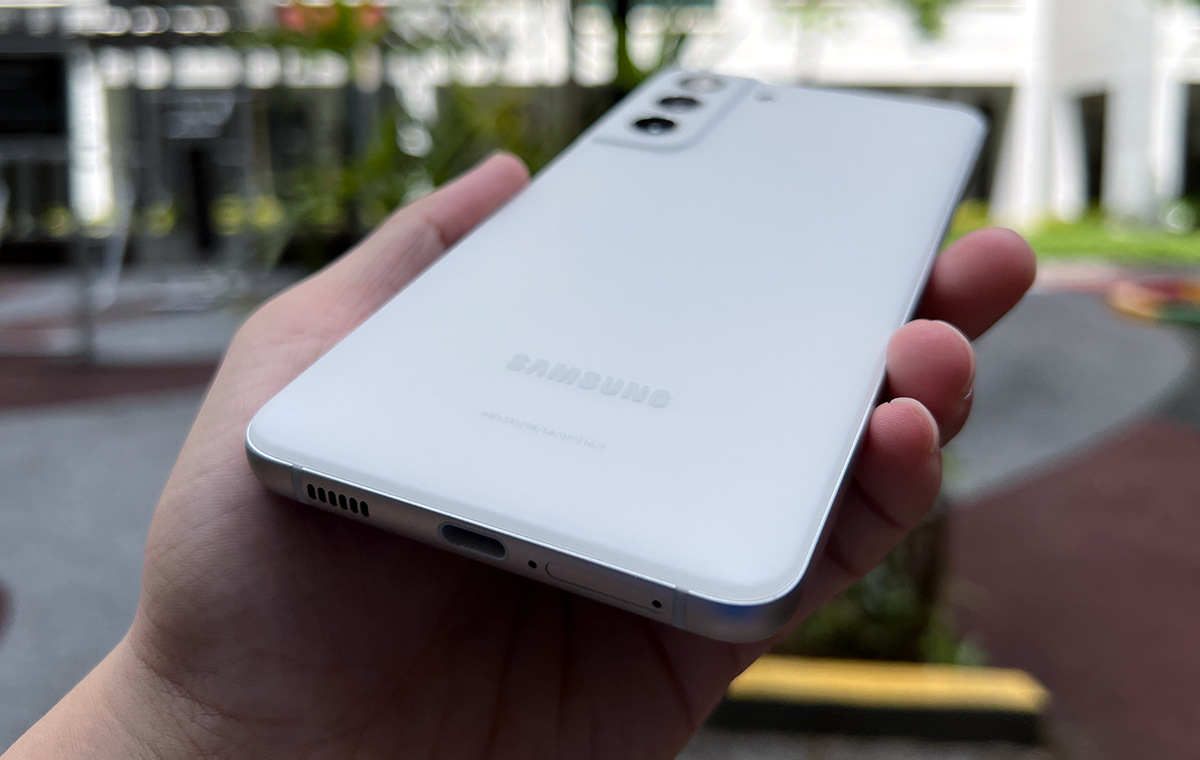 The only thing that didn't make it to the S21 FE? A microSD card slot. Together with the use of Samsung's own processor, that probably explains how the S21 FE is cheaper than the S20 FE.

With its overall interface, features, and appearance, the Galaxy S21 FE’s similarities with the S20 FE and Galaxy S21 series plays into its intended design - if you want a reliable, up-to-date Samsung handset that comes just under a four-figure price tag and offers flagship-tier performance without losing out on the basics, the Galaxy S21 FE is there to serve. But if you want to be swept off your feet with stars in your eyes, you might have to look elsewhere.

Galaxy S20 FE owners might wonder what tangible benefits are there should they choose to upgrade to this phone. We can say that Samsung’s commitment to three generations of Android updates may be compelling enough to make that purchase, but there’s also the option of letting your S20 FE get even older before you make the switch. 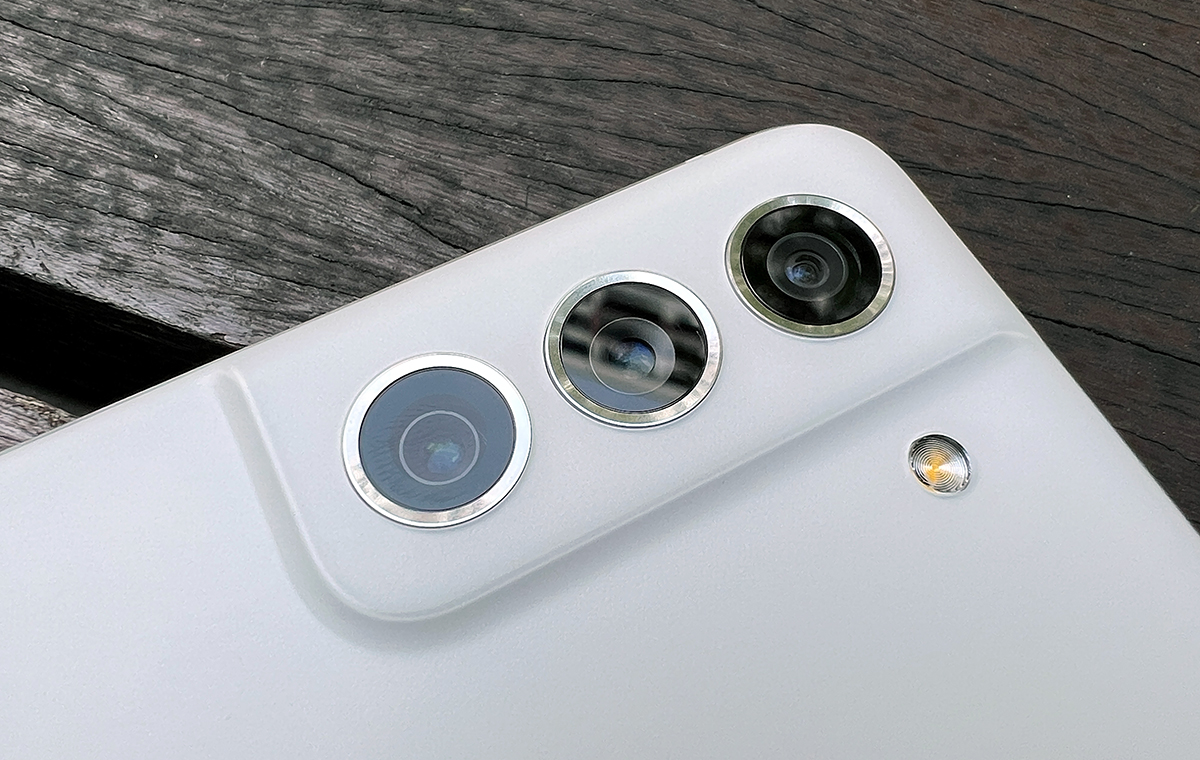 Together, these cameras offer 4K60FPS video recording, Slow Motion (HD at 960FPS, FHD at 240FPS), and 30x Space Zoom. These specs are identical to the Galaxy S20 FE’s imaging capabilities. We can’t complain since an FE product is generally based on an existing model, so there are no further expectations. Not that we've had anything to complain about in the imaging department for most high-end Samsung phones, so here are some sample photos for comparison.

If you’re curious, the S21 FE also followed the same Fan Edition formula as before, where they replaced the S21 series’s 64MP telephoto lens with an 8MP one. 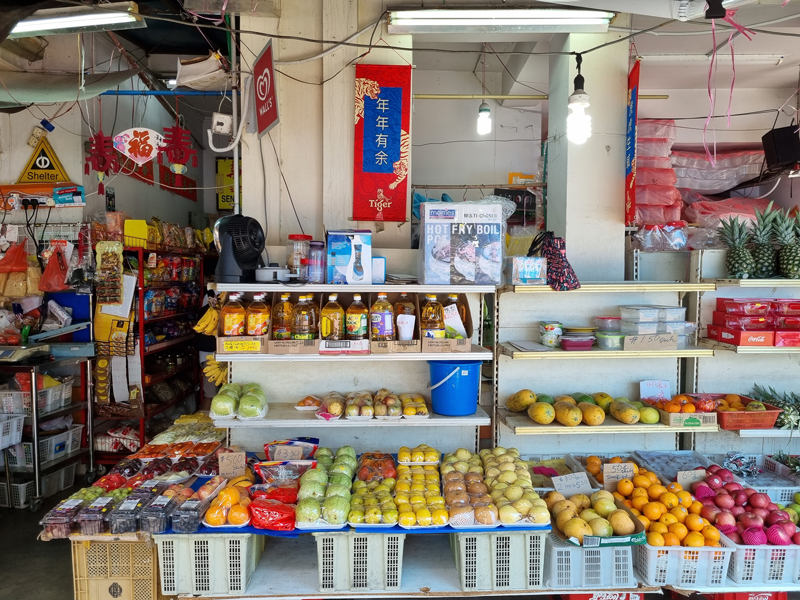 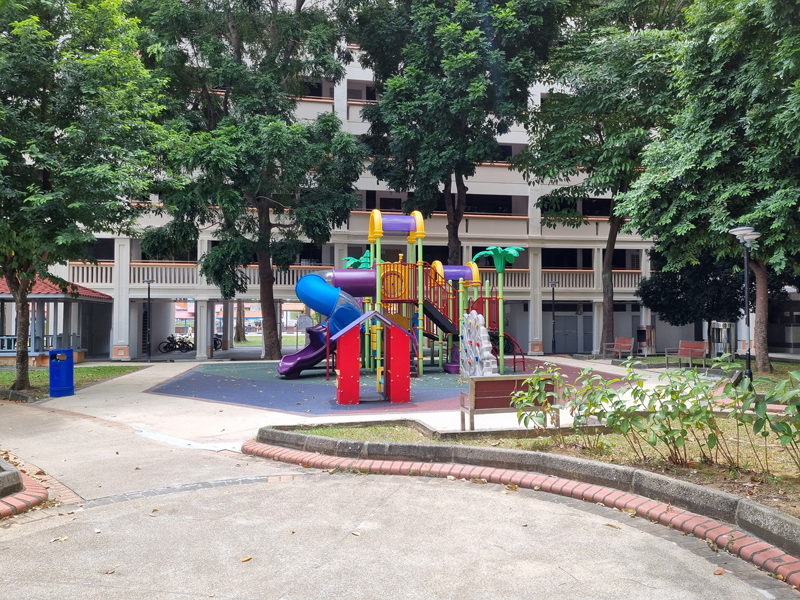 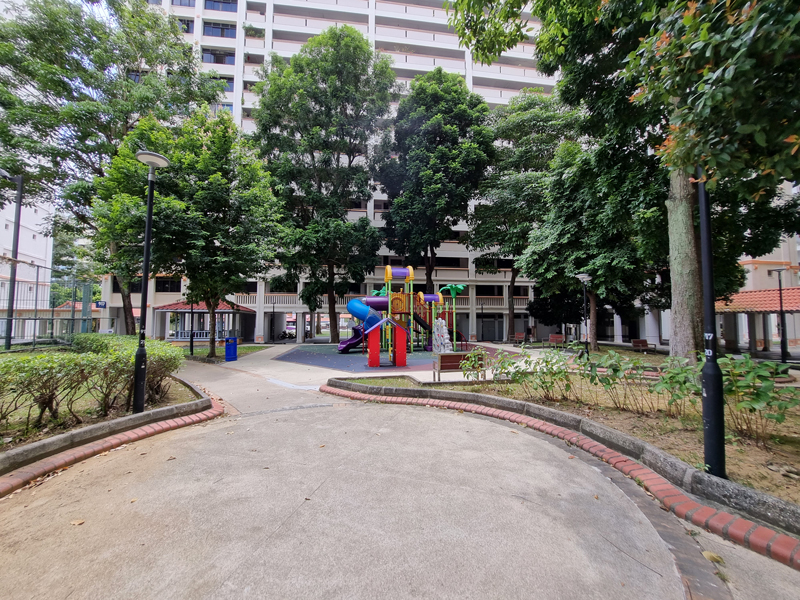 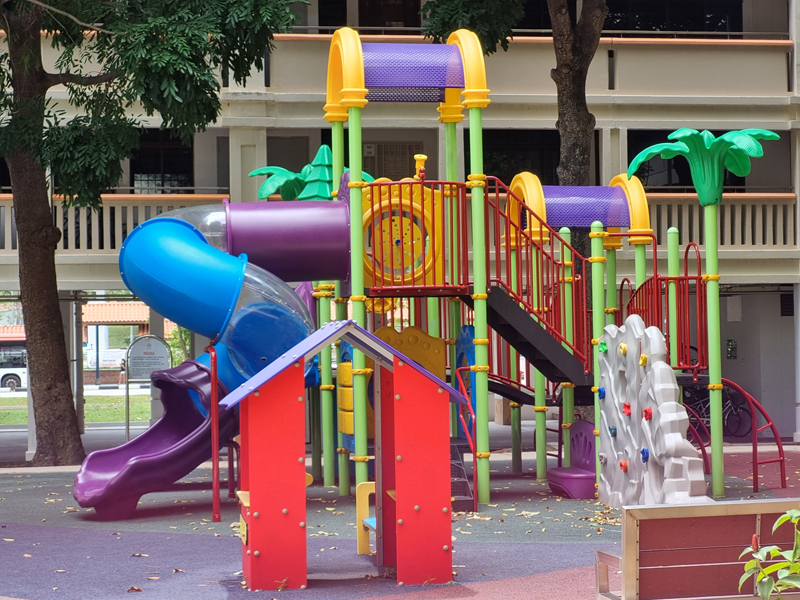 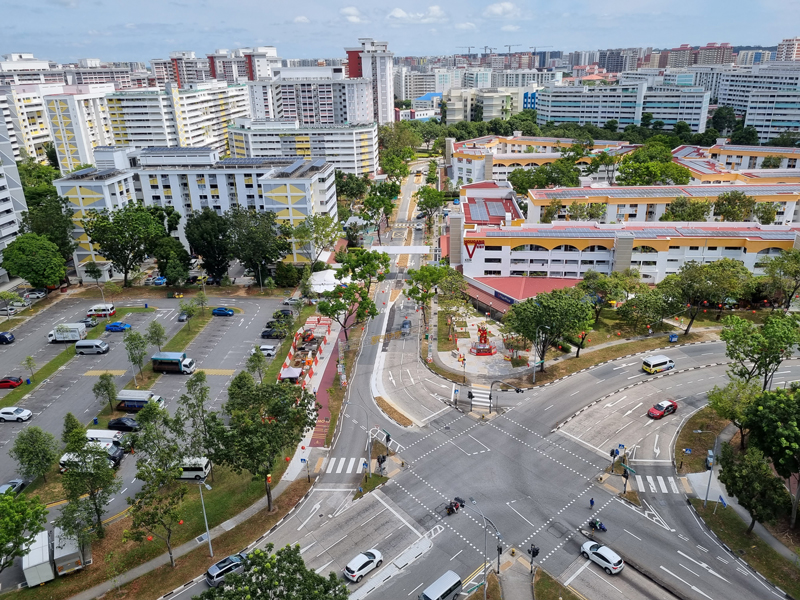 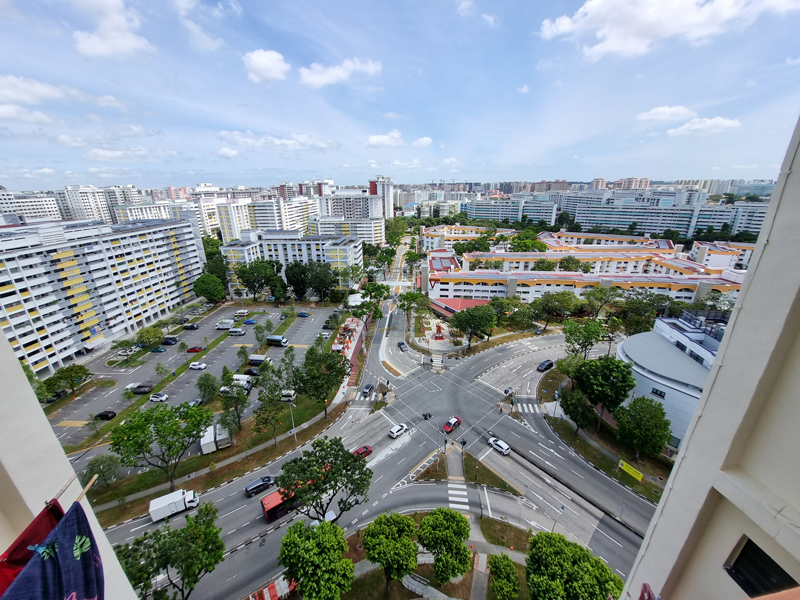 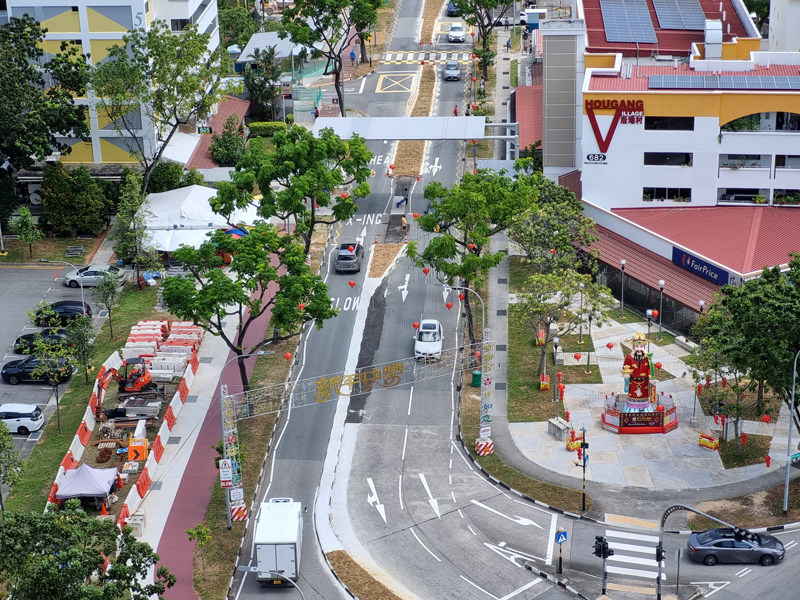 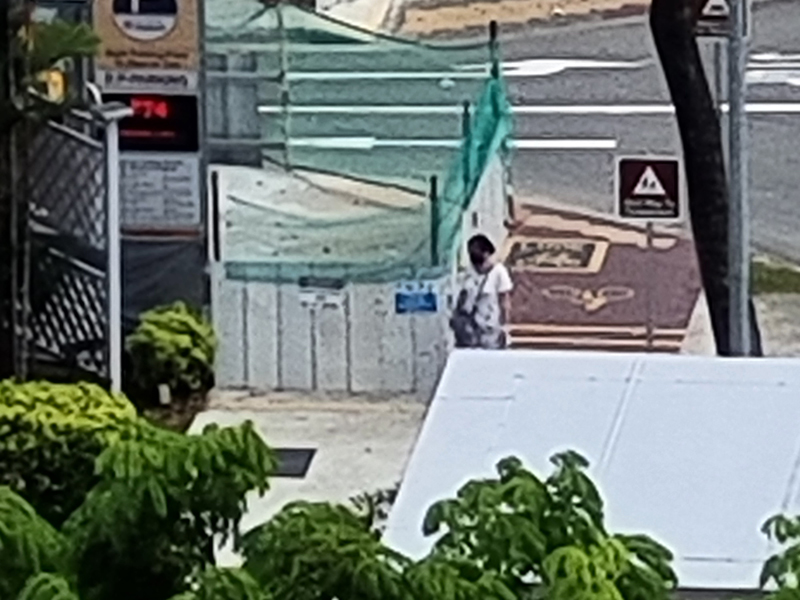 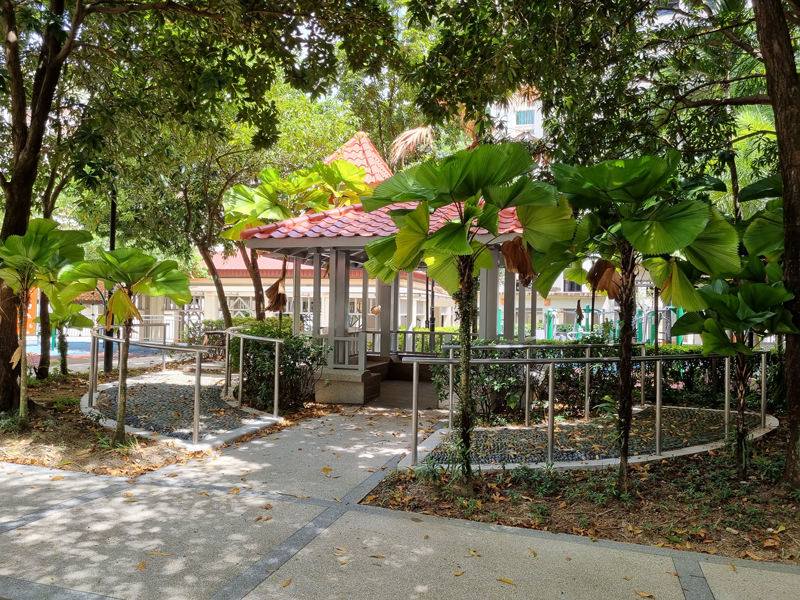 Write a Review
Compare This | Specifications
Lower-than-before starting price
Flagship performance
Retains almost everything S20 FE had
HDR10+ support
5G-ready
Average audio
No microSD expansion
Non-premium appearance with limited colours
No tangible difference from S20 FE
Late to the party (launched before Feb 2022 Unpacked)
Our articles may contain affiliate links. If you buy through these links, we may earn a small commission.
Sponsored Links