Samsung Galaxy S20 FE review: Is it only for Samsung fans?

The Samsung Galaxy S20 FE comes with a Qualcomm Snapdragon 865 chipset. That’s one of the most up-to-date flagship-tier processors you can get (aside from the Snapdragon 865+ that resides in Samsung’s luxury-flagship tier Z Fold2). This puts the Galaxy S20 FE on par with other SD865-powered flagship smartphones in our market, like the OnePlus 8, Huawei P40 Pro, Oppo Find X2 Pro. The Galaxy S20 FE also lets us glimpse into the difference between Exynos- and Qualcomm-powered Samsung flagship, so we’re including the regular Galaxy S20 for comparison.

Note: The review unit we’ve received came with 6GB of RAM. Retail-ready units of the S20 FE come with more - at 8GB. 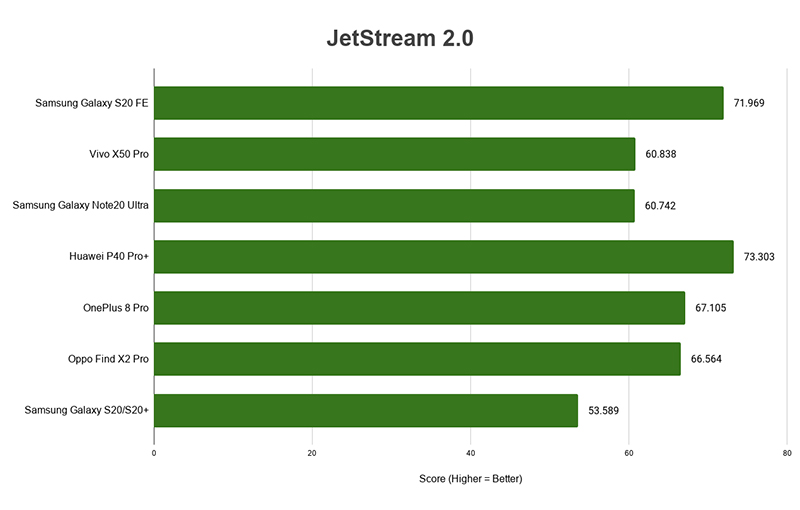 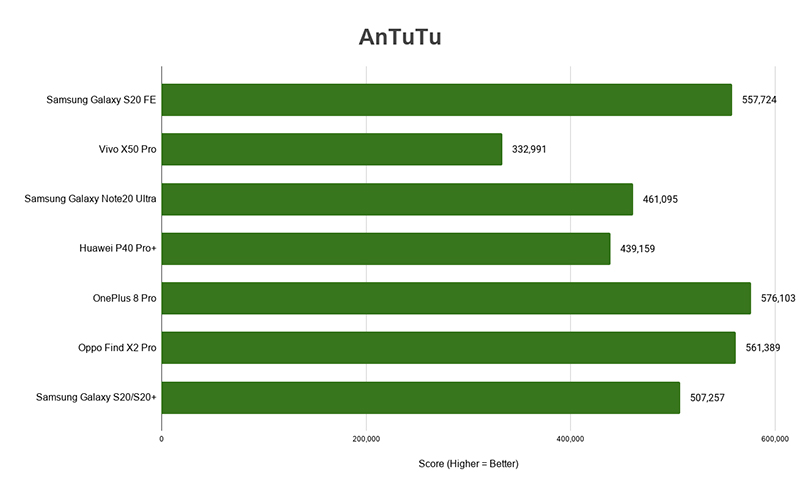 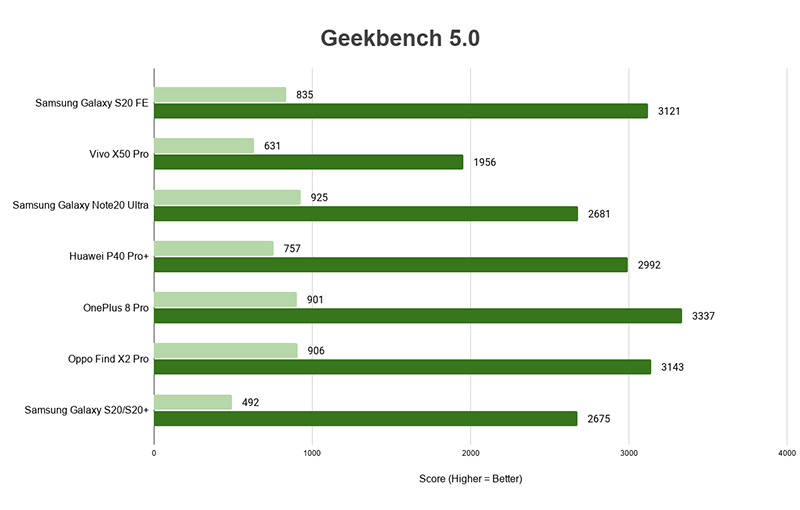 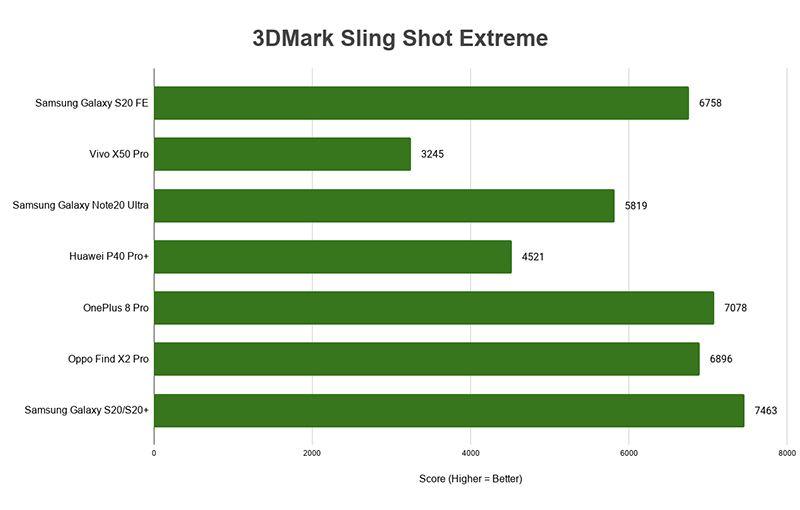 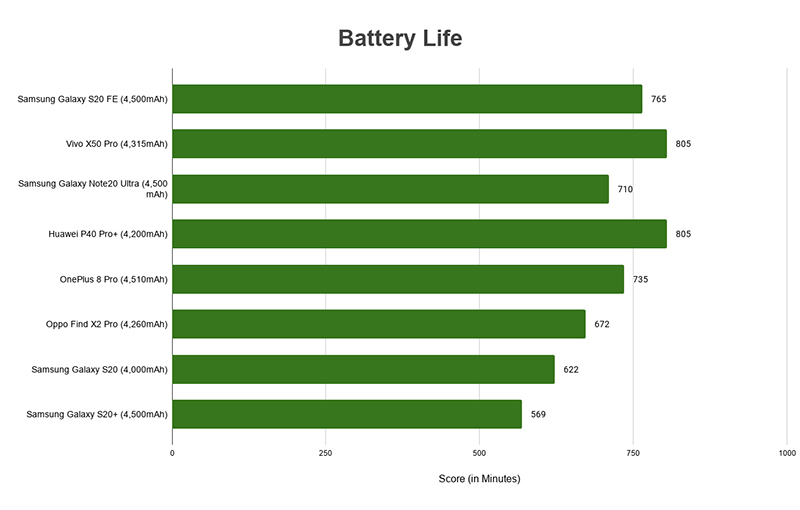 At 4,500mAh, the Galaxy S20 FE is more generous than S20’s 4,000mAh capacity, while being on par with the S20+’s. Battery life performance is anything but identical. The S20 FE clocks in at least a hundred minutes more than either model.

We can chalk it up to a few factors - the better battery life could be credited to the lack of 1440p resolution on S20 FE, or the fact that the Snapdragon chipset is simply more efficient than the Exynos equivalent of the SD865. The other SD865 phones in the list tell us as much, too.

The battery on the S20 FE offers 25W Super Fast Charging while wired, and 15W Wireless Fast Charging. That’s the same wireless charging profile on the Galaxy Note20 Ultra. The S20 FE even comes with Wireless PowerShare where it can reverse-charge another device wirelessly. We were expecting another corner to be cut here, so it’s really heartening to see wireless charging available in this 'budget' flagship device.

It took 31 minutes to charge from 0% to 50%, and a total of 96 minutes to reach 100% while wired. The device starts off with fast-charging before tapering off to regular charging speeds as it approaches maximum capacity (likely due to safety protocols built into the battery). 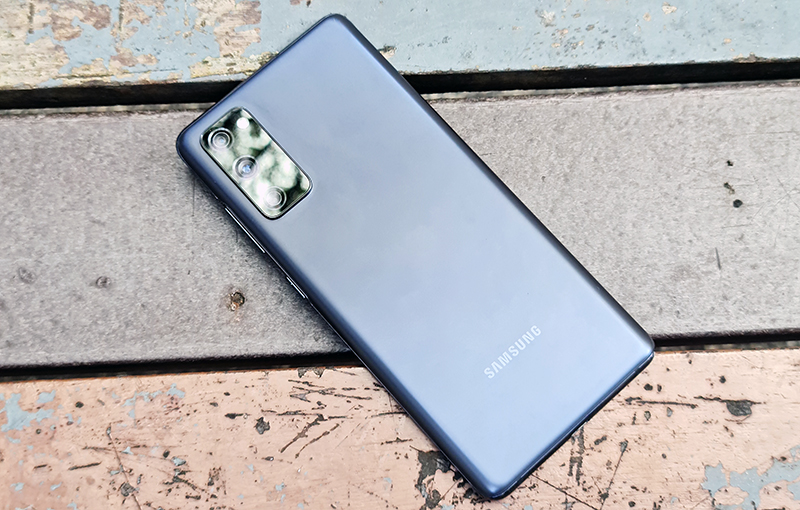 Frankly, when Samsung first announced it was doing a Fan Edition of anything, my first thought was how the device is going to be a pale imitation of whatever flagship model it’s meant to emulate. Partly to blame is the incessant marketing from Android phone makers when they say they bring ‘flagship-tier features’ to lower-tier devices, and also because brands expect diehard fans to be willing to part with more for less - doing otherwise wouldn’t make them true fans, after all.

The Samsung Galaxy S20 FE defies both expectations. Firstly, the top-tier performance outclasses even their regular S20 models,  thanks to the Qualcomm Snapdragon 865 chipset they’ve chosen. Secondly, it’s S$100 cheaper than the most affordable Samsung Galaxy S20 variant (at official retail pricing) and also includes a 5G modem to support our local telco's latest 5G connectivity offering. It also competes well against OnePlus 8 Pro and Vivo X50 Pro, dethroning these devices from their budget flagship mantle - both in features and price. It’s really hard to compete against Samsung’s full suite of software enhancements, polish, at the budget flagship price point. 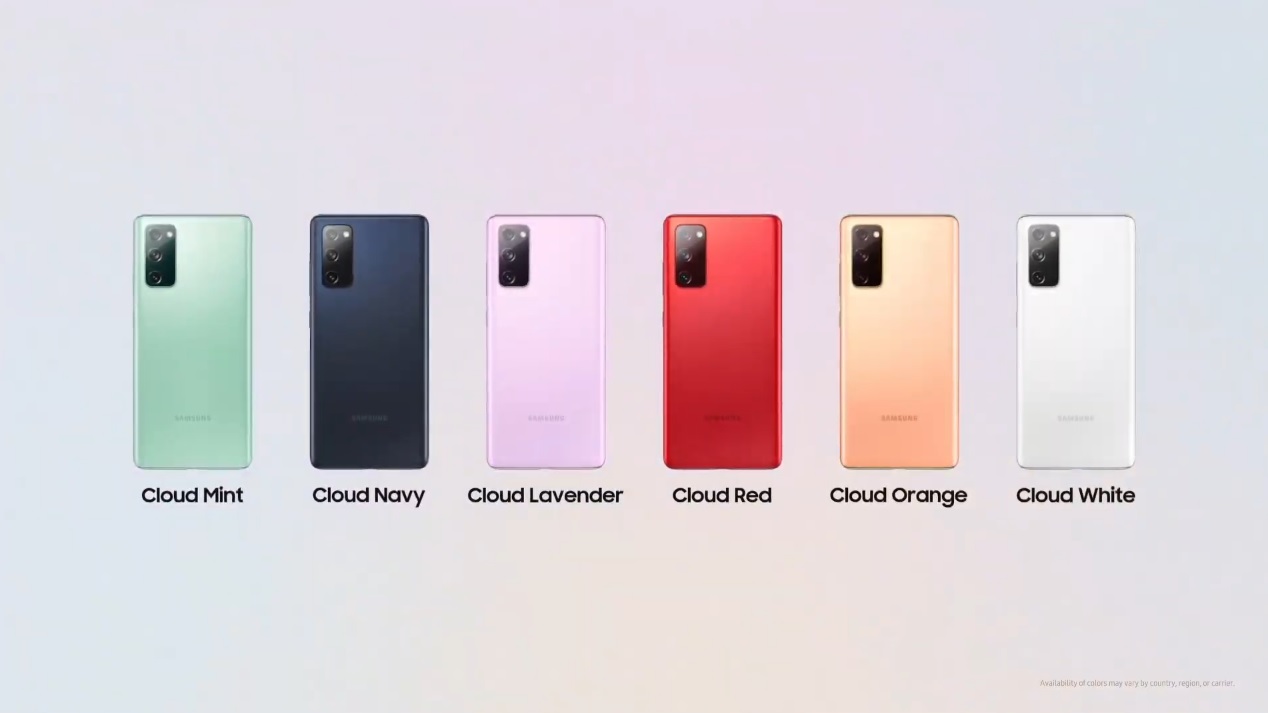 We expected several corners to be cut when it came to the S20 FE’s overall offering. At S$1,068 and S$1,168 for the respective 128GB and 256GB models, something’s gotta give. I’m glad to say Samsung chose the right corners to cut. The plastic rear feels less premium, but it’s no less attractive. The curved sides on the regular models are sophisticated, but the S20 FE’s flat display is still a functional, fluid panel without the superfluous curvature. They’ve knocked down the telephoto lens quality, yet they left the main camera unspoiled. It doesn’t have 8K recording, but it still offers 4K recording at 60 FPS, which is more than enough for everyday use. There’s no 1440p resolution or HDR support, but 1080p isn’t too bad given its AMOLED display quality, and it can run at 120Hz refresh rate without a hitch. When you look at the other alternatives in the market, you really only have the OnePlus 8 Pro, and maybe the Vivo X50 Pro to think about - making Samsung a really easy choice out of the rest. 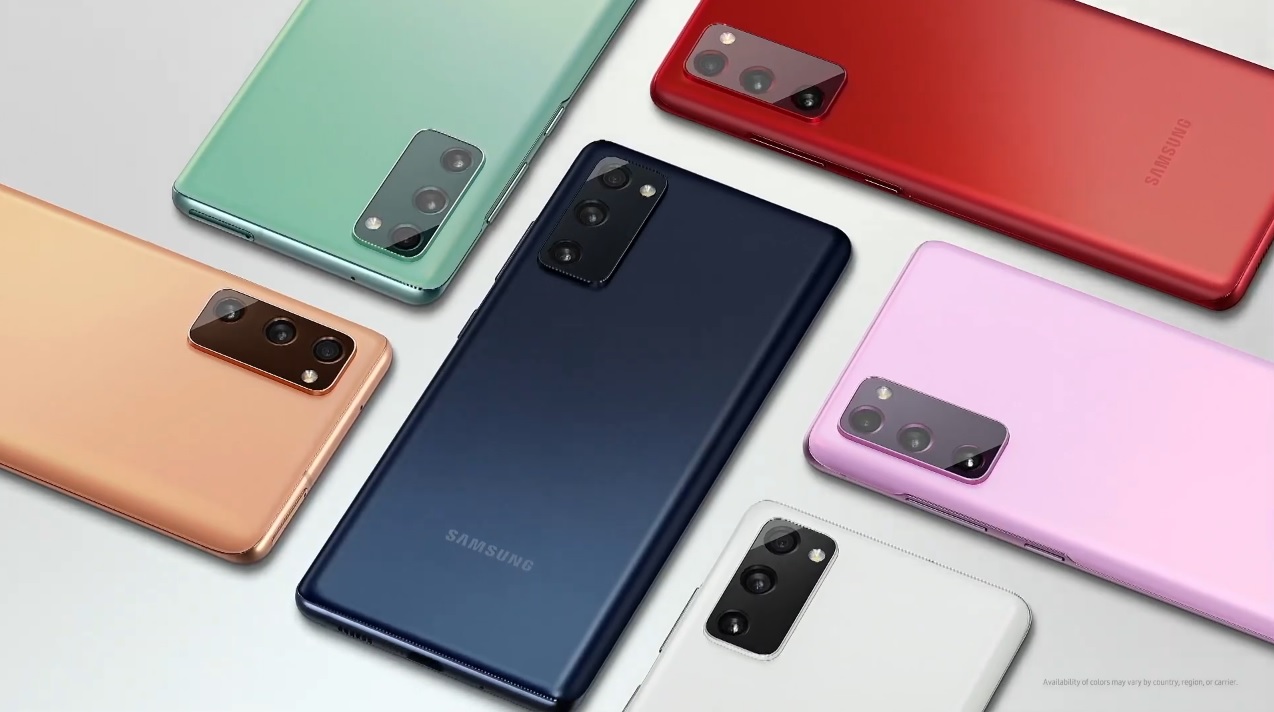 Of course, this device isn’t for everyone - especially if you value premium materials for the finish, or higher display resolutions, or if you want 8K recording or want the best imaging performance a smartphone can deliver. Which is why the S20 FE being ‘Fan Edition’ isn’t a bad name after all - this is what affordable, top-tier performance on a Samsung-backed phone looks like, so this is what you’ll get. If you’re a fan of anything else, you might have to look elsewhere.

In the budget flagship category, the Galaxy S20 FE is the 2020 phone to beat - from its usage experience, to its customisation, its performance, and price point. Because Samsung chose to cut the right corners, it’s going to be really tough for others who want to make their budget flagship shine. For this reason, we are bestowing the Editor's Choice accolade to the Samsung Galaxy S20 FE.

The phone doesn't yet hit retail until 16th October 2020, but meanwhile don’t forget to check out the Galaxy S20 FE pre-order details in our earlier article here to enjoy the pre-order specials.