As usual, there are two processor variants for the S10 and S10+ depending on your region. In the US/China both phones are using Qualcomm's Snapdragon 855 processor, while the rest of the world gets Samsung's new 9820 processor.

Samsung phones always perform well on this benchmark and the S10 and S10+ are no different, losing only to Apple's iPhone XS Max. However, in actual browsing performance, the S10 feels just as fast and responsive as the XS Max.

The Exynos 9820 was excellent on this benchmark, and was only slightly behind Apple's A12 Bionic.

The Exynos 9820 again performed really well in this benchmark, and was only slightly behind the A12 Bionic. 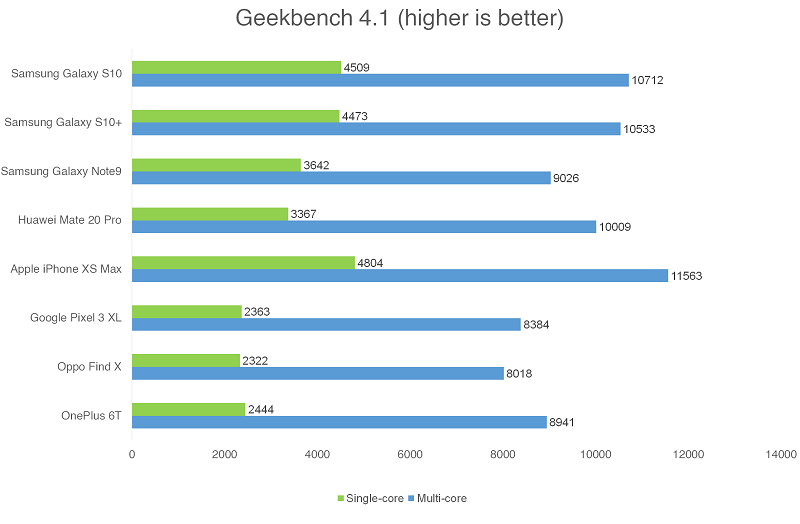 Unfortunately this is one benchmark where the Exynos 9820 is still behind the curve. Both phones underperformed here, and that gap is only going to grow bigger when the benchmarks for Qualcomm's Snapdragon 855 start arriving.

It's worth noting that benchmark performance doesn't always reflect real world experience. I tried out a few games of Asphalt 9: Legends and Shadowgun Legends on the S10+ and both ran perfectly. 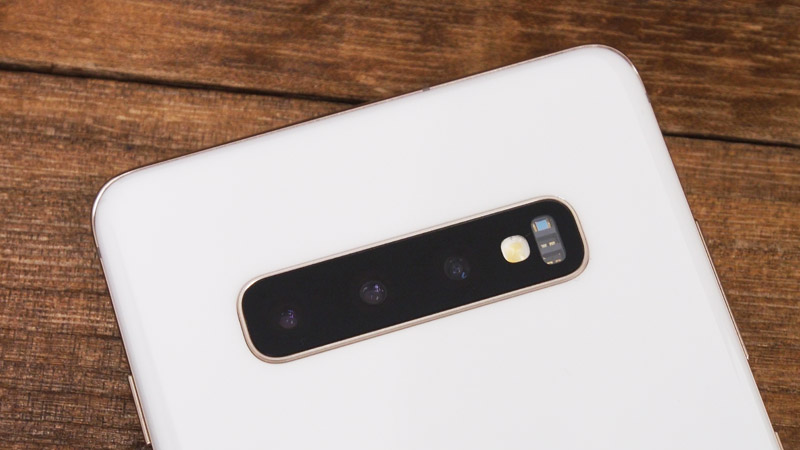 The ultrawide lens offers a 123 degree field of view, equivalent to a focal length of 12mm in 35mm film terms, which is extremely wide. In comparison, Huawei's Mate 20 Pro has a 16mm equivalent lens. While the wide and telephoto lenses both have OIS, the ultrawide does not, and it also lacks autofocus. This is readily apparent if you use the default camera app to zoom out too much. While the depth of field is quite generous, it's something to bear in mind if you're shooting a group of people as the only way to keep them in perfect focus is to move your feet.

You can seamlessly switch between all three camera views by pinching to zoom in and out. Alternatively, you can swap between them by tapping the appropriate icon: 3 trees for ultra wide-angle cam, 2 trees for wide-angle, and 1 tree for telephoto. 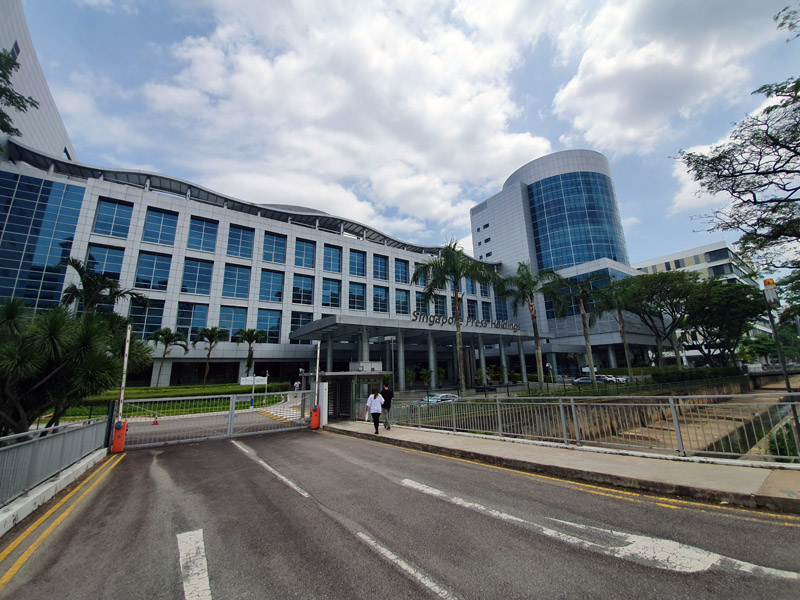 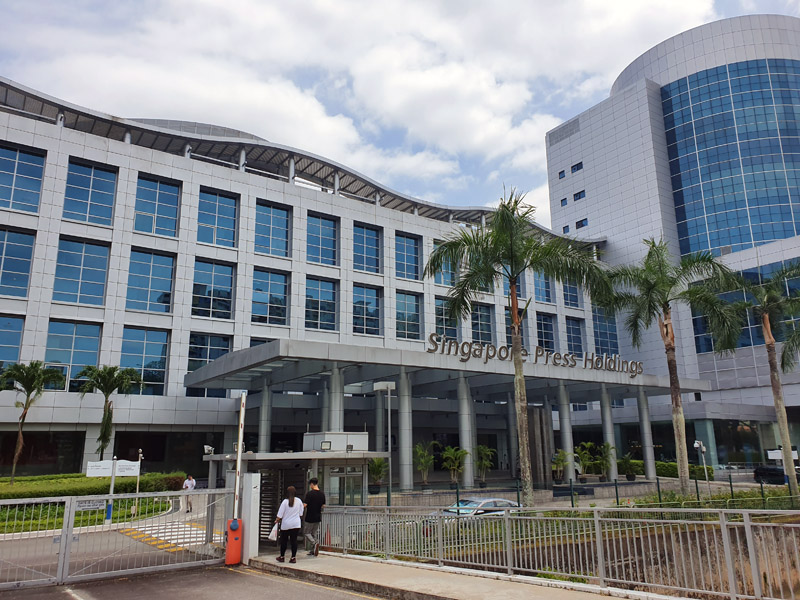 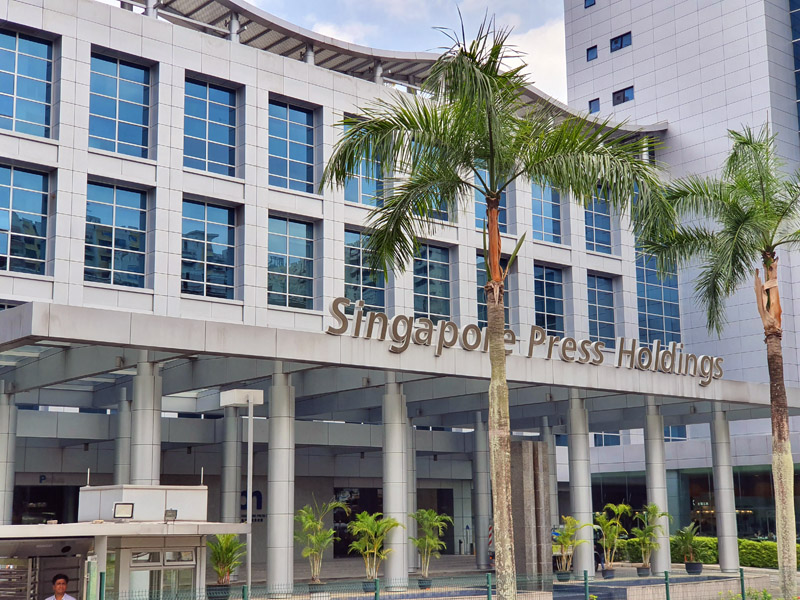 Samsung has made some improvements on the software side of things too. The AI-powered scene optimizer will now recognize 30 different scenes, and there's now a Bright Night mode that will boost low light performance (although I still found Huawei's Night Mode to be superior).

There's also a new Shot suggestions feature, which will offer advice on how to frame your shots better. We've seen similar features on LG and Huawei's AI camera apps, and for the most part, they're not that helpful unless this is literally your first time ever taking a photo or you've never given thought to frame your shots. Useful for novice shooters, but for the rest of us, you can choose to disable the option.

Image quality from the wide and telephoto lens is excellent with great detail retention, sharp focus, natural colors, and no noticeable artifacts or graininess. Even at 100% crop, details remain fairly sharp and there's no over-aggressive processing or smoothing typical of most smartphone cameras. 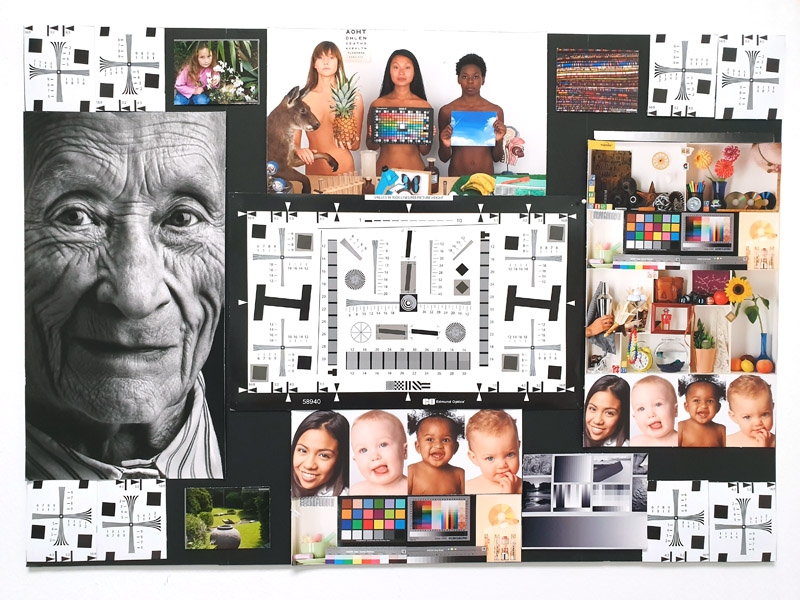 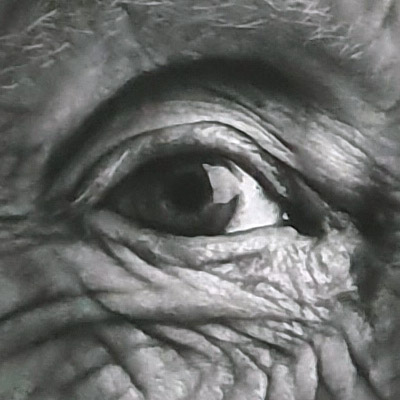 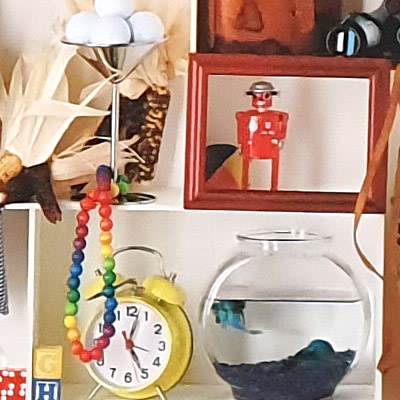 Despite being higher resolution, the ultrawide lens isn't quite as good, and there's also some noticeable barrel distortion. The lack of autofocus also means you have to be careful with your focal distance, especially if you're taking pictures of buildings or anything else with sharp lines. There is an option in the settings menu to auto-correct distortion taken with the ultrawide lens (which is off by default for some reason) but it doesn't fix the problem entirely.

On the front, the S10 has a single 10-megapixel selfie camera, while the S10+ adds a second depth-sensing camera. The secondary camera lets you take Live Focus (Portrait Mode) selfies with artfully blurred backgrounds, but that's about it. There's actually a Live Focus mode on the regular S10 too, but the background blur is software-rendered and doesn't look as good. 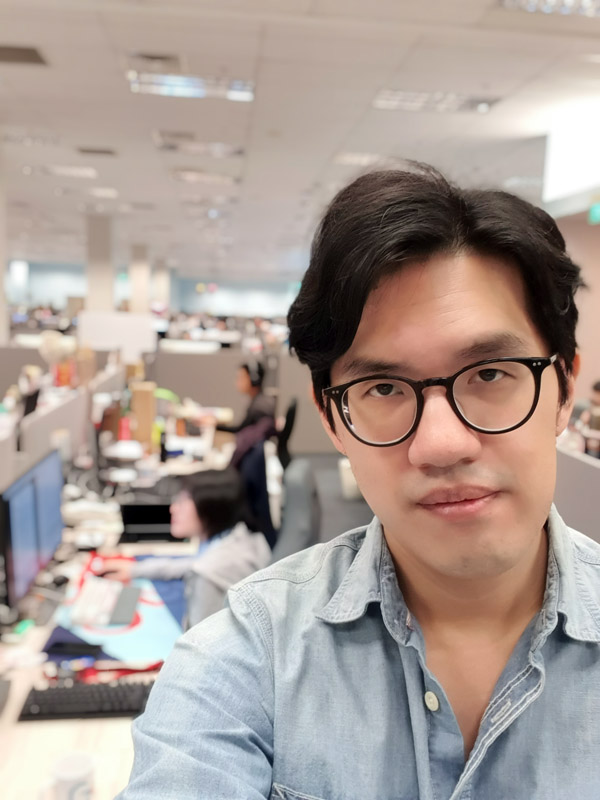 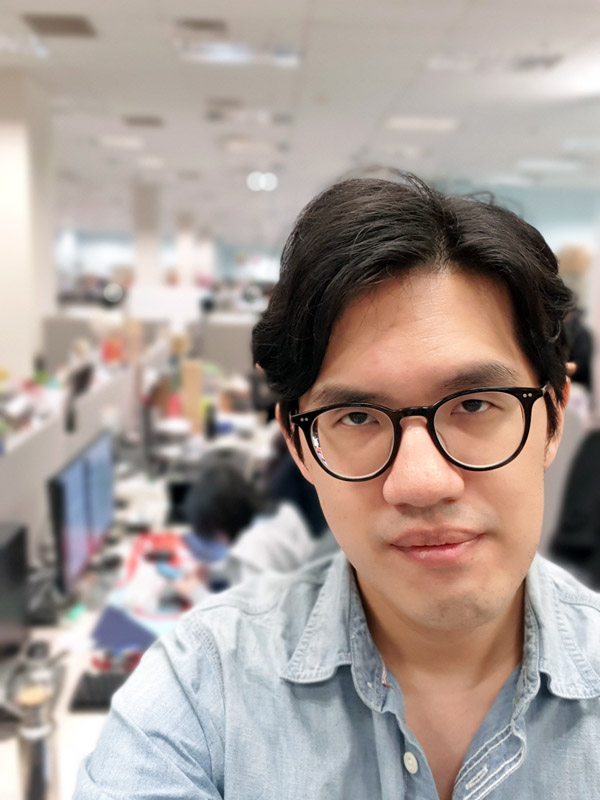 Like the rear camera, the front camera offers different fields of view indicated by different icons: one person (for standard selfies) and two people (a wider angle for group selfies) which makes it seem like the two different cameras have different focal lengths. However, upon closer inspection, the zoomed in selfie shot is actually just a digitally cropped version, producing 6.5-megapixel pictures, while the group selfie view uses the full sensor and outputs 10-megapixel pictures. The difference in the field of view between the two modes isn't even that big. You could achieve the same thing by just using the group mode all the time, and cropping the photo later. 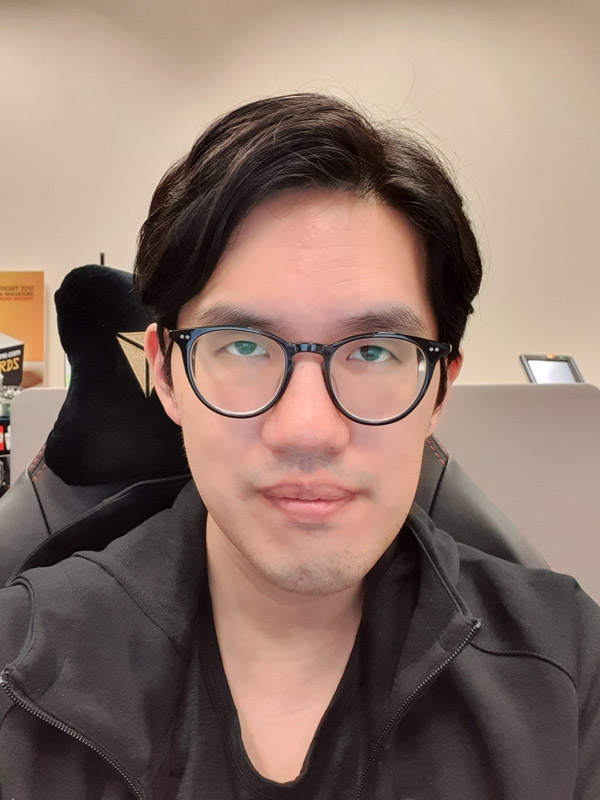 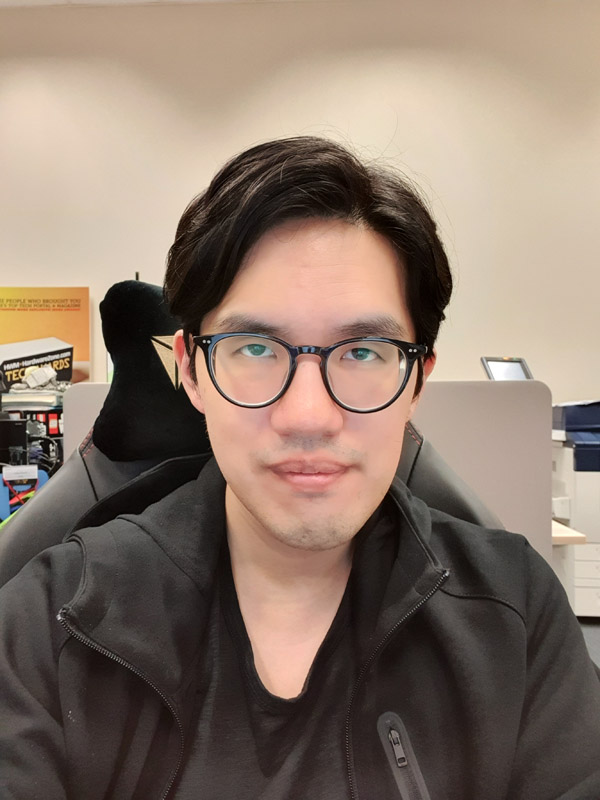 With this in mind, I actually wish there was an option for an S10+ without the secondary depth sensor. I don't think it adds enough, and the larger pill-shaped cutout is objectively uglier and more noticeable than the smaller, circular cutout on the S10.

Battery life was excellent on both phones, with the S10 lasting just under 13 hours, and the S10+ lasting almost 14 hours. The S10+ is our new battery life champion, narrowly beating the Huawei Mate 20 Pro by three minutes.

The S10 and S10+ use Samsung's Adaptive Fast Charging technology that's starting to look a little dated now. It will support up to 15W charging, which will charge the S10 from zero to full in about one and a half hours, and the S10+ in just under two. In comparison, the Mate 20 Pro will go 0 to 100 in 46 minutes.

Both phones also support fast wireless charging through the Qi 2.0 standard, which will give you 15W of charging.

Finally, both phones also offer reverse wireless charging, something we first saw on the Huawei Mate 20 Pro. This is a little gimmicky, but it does mean you can wirelessly charge your Galaxy Buds at the same time as you charge your phone. I could also see it being useful if you're on holiday and you want to charge a second phone with wireless charging without having to bring extra cables and adaptors with you - simply charge the S10 and put the second phone on top of it. 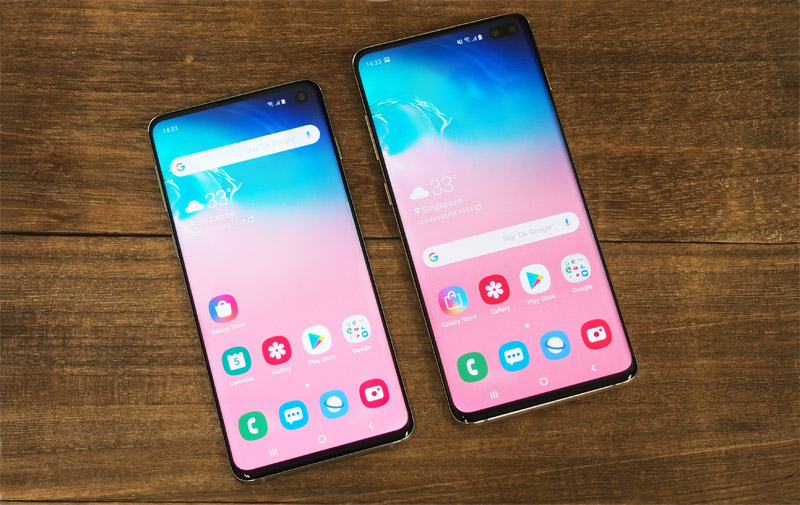 In many ways, the Galaxy S10 and S10+ are just refinements of previous Galaxy phones, but honestly, I'm okay with that. It's obvious that Samsung put most of its R&D efforts into the flashier Galaxy Fold, and it has the hefty price tag to match that. That doesn't mean that the S10 and S10+ aren't worthwhile upgrades by themselves. Samsung has replaced the worst parts of previous Galaxy phones, like the wonky fingerprint scanner placement, and upgraded the best parts, like the gorgeous AMOLED display, which is now better than ever.

The Infinity-O display is the most full-screen experience you can get (without resorting to gimmicky slider mechanisms) and the tiny hole punch cutout is much easier to live with than a huge notch. This year's Exynos processor is better than ever, and battery life is once again stellar. The addition of a third ultra wide-angle camera adds more versatility to an already excellent camera setup, and the new One UI is clean, user-friendly, and adds some nice extra functionality over stock Android too.

The S10 and S10+ aren't phones that are going to blow you away with new innovative features - we've seen hole punch displays, in-display fingerprint scanners, and penta-camera setups before - but Samsung offers a refined, premium experience that makes them the best choice for most Android users, especially if you're not sold on Huawei yet. If cost isn't a factor for you, by all means, wait for the Galaxy Fold, but for everyone else, these are the phones for you.

As for which phone to get, I would actually opt for the smaller S10. Its screen isn't that much smaller, but it's a lot cheaper, has a more manageable size, is much lighter, has better power button placement, and has a smaller hole punch cutout. The S10's software-applied background blurring does a reasonable job (and there are apps out there that are even better), so the only real reasons to get the S10+ are if you need more than 128GB internal storage, even more battery up-time or you really want one of those gorgeous ceramic finishes. Note that the ceramic finishes are only available with the 512GB and 1TB storage options, so those versions will cost you a pretty penny.

If you're all ready to get the Samsung Galaxy S10 or S10+, head over here to see which telco should you partner with if you're planning to get the phone at a discounted rate. Thinking of getting the phone without a contract using SIM-only plans? We've got you covered here.

Read next: Our Galaxy S10e review.