The S10 and S10+ are equipped with Samsung's first Dynamic AMOLED displays. These are essentially the same as the Super AMOLED displays of years past, but with a new emphasis on HDR. These displays are the first to support HDR10+ which basically means they can display a much higher dynamic range. One thing to note that is that, right now, there's very limited HDR10+ content out there. In fact, it's pretty much limited to only some content on Amazon Prime Video, although Netflix has said it's open to supporting HDR10+ in the future. 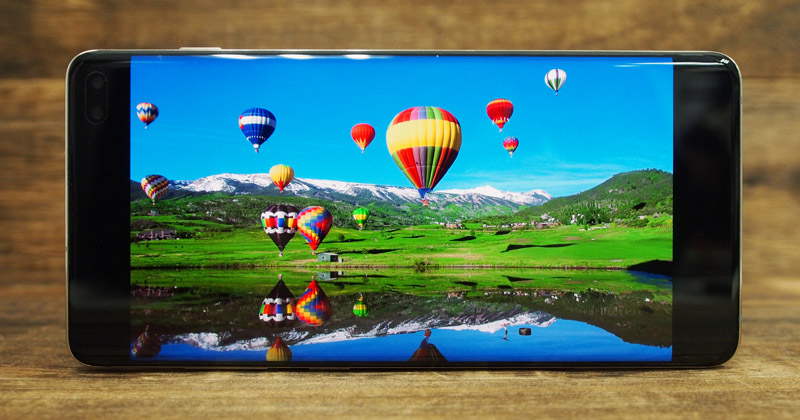 Both displays are sharp, with great contrast, natural colors and high maximum brightness. In fact, according to Samsung both panels can reach 1,200 nits, which is practically unheard of, especially for an OLED display - you'll have no problems seeing these displays, even under bright sunlight. By default, both displays are tuned for a realistic sRGB color profile, however if you prefer a more vivid display, there's a Vivid option in the settings menu that will make everything pop.

If you hate the hole punch cutout, there's an option to hide it which will add a black bar to the top of the display. Unlike notches, which I generally choose to hide, I feel like this option actually looks worse here, especially on the S10, which has such a small cutout anyway. 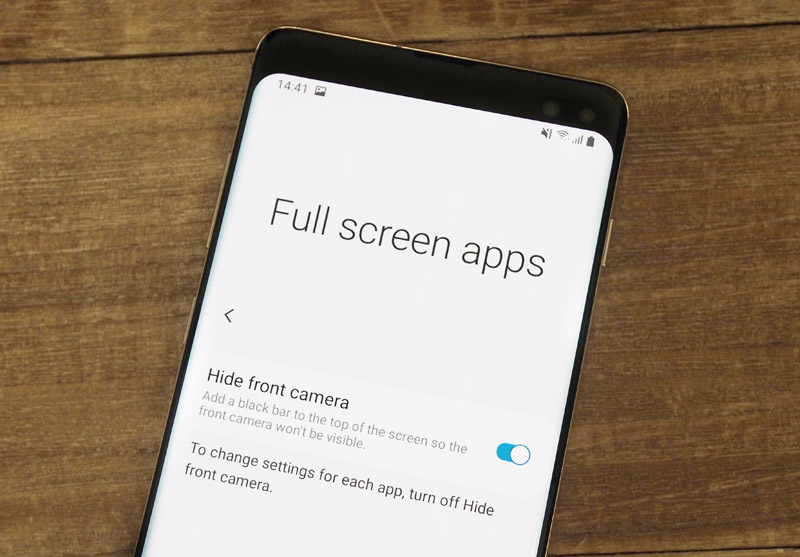 The S10 and S10+ have the same stereo speaker setup as last year's S9, using one speaker on the bottom of the phone, and the earpiece above the display doubling up as the second speaker. The speakers are tuned by AKG and are very loud, with a surprisingly decent amount of bass.

The S10 and S10+ are the first phones to use ultrasonic in-display fingerprint scanners. What makes them different from the in-display scanners you've seen on other phones like the Huawei Mate 20 Pro? Every other in-display scanner is optical in nature - essentially there's a tiny camera under the screen that takes an image of your finger which is then compared to the stored image. The S10's ultrasonic scanner, on the other hand, uses ultrasonic sound waves to build up a 3D image of your finger. This makes it more secure and gives it better accuracy even when your finger is wet or dirty - think of it like 3D face scanning for your finger.

In actual usage, the ultrasonic scanner operates exactly the same as other in-display scanners. There's a small area indicated by a fingerprint logo where you press your thumb, and it takes about half a second to unlock (check out the video on the earlier page at the 2:23 mark to see it in action). Generally speaking, the scanner works fine, although I've found that you need to press a bit harder than usual. On the plus side, it does indeed work even if your finger is wet or dirty.

There's also a Face Unlock mode, but this is far less secure, and simply uses the selfie camera to compare to the image you register. We don't recommend using this option. Unfortunately, Iris Scanning is no longer available as there's no room on the front for an IR emitter and an extra camera.

The S10 and S10+ are the first phones running on Android 9.0 Pie with Samsung's new One UI out of the box. The new UI is brighter and more colorful, with rounded menus and buttons, and an additional focus on one-handed usage without having to use a shrunken 'reachability' mode.

For any Galaxy app, content that you interact with is pushed to the lower half of the screen, all within easy reach. You can then tap on that content to expand it to full screen. One UI also introduces gesture controls to make navigation simpler: Swipe up from the center to go to the home screen, up from the right to go back, and up from the left to see your recent apps. Swipe up and hold to launch Google Assistant.

One UI also includes a dedicated Night Mode that you can toggle on through an option in the quick settings menu. I really like Night Mode, and the S10 and S10+ feel built for it with their OLED displays, turning the entire UI a gorgeous pitch black color.

There's also a new landscape homescreen mode, which you can turn on in the settings menu.