Conclusion: To Choose One or Three? 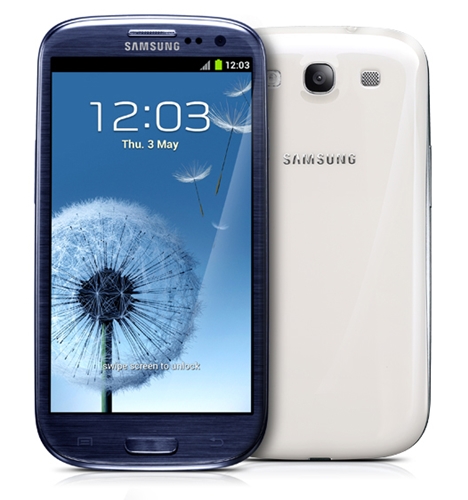 It has been an exhaustive ride to the end of this article. So what else have we got to say about the Samsung Galaxy S III? Only that it is probably the best Android smartphone out there you can get. Not the best-looking (well, that award goes to the HTC One X), but the best overall bot-flavored phone there is right now.

Not everyone would be a fan of its glossy plastic Hyperglazed coating; some might even go to the extent of saying that it looks cheap and tacky. However, it really isn't too bad in real life. Anyone who has a Galaxy Nexus can attest to that, given its close similarities in physique. Though it features somewhat of a rehashed design of the Nexus, we liked that its curved body made it comfortable to grip. Throw in the fact that Samsung has gone down the unconventional path of sticking to its guns (to be more accurate, buttons) and kept its Menu, Home, Back controls, which in this case, contributed to a rather intuitive experience, especially for those upgrading from older Android devices.

The advanced software additions are on the whole welcomed, with a few exceptions striking us as gimmicky (Pop-up Play, S Voice) and require more polish (S Voice once again). Otherwise, the TouchWiz UI and Android 4.04 OS worked in tandem here to provide an overall pleasant and smooth user experience. Factor in its powerful quad-core processor, 1GB of RAM and plenty of storage space (and expandability via microSD or Dropbox), you have in your hands a smartphone that runs as smooth as silk with a large reserve to store whatever multimedia files you need to tow along.

Of course, there's also its amazing 4.8-inch HD Super AMOLED screen to complement it further. It is probably one of the best in the market, exhibiting crisp details, true blacks and superb viewing angles under sunlight. Its 8-megaxpixel camera fares well too; the only dent in its "performance" probably lies in the fact that it does not come with a F2.0 lens like the HTC One X, which definitely comes handy in low-light situations. The icing on top of the cherry would be in its extended battery life of 9 hours 45 minutes, the best that we have seen thus far in our mobile battery tests. 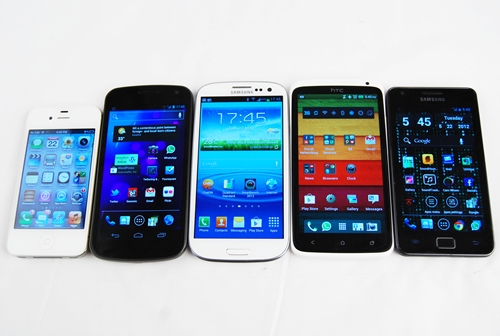 So among the top smartphone variants out in the market, which would be the phone for you? It's pretty much a matter of OS preferences and matching of needs between the iPhone 4S and the Android phones. Once you've swayed towards the Android camp, needless to say, the Galaxy Nexus is no match for the Galaxy S III as it's well outclassed. With the Galaxy S II now being replaced by the Galaxy S III, It's then safe to say that the closest rival for the top Android phone would be the HTC One X. Undeniably, it is a tough match between the 32GB HTC One X (S$898) and the 16GB Galaxy S III (S$998) and the question is this:- are you willing to fork out an extra S$100 for better battery life, superior processing performance, a bigger screen, and a microSD option? On the flipside:- would you prefer to save it for a better-looking phone with a sturdier chassis and a flashier HTC Sense 4.0? We will let you decide.

However, if you need our verdict, from our match-up of both the phones, we certainly feel the Samsung Galaxy S III has enough positive attributes to bring it ahead and thus is our choice of the top Android smartphone at this point of time. As iterated earlier, the HTC One X has its pros as well, but the overall proposition on the Samsung device is stronger and thus gets our nod of approval and our Editor's Choice Award.

The wait is not over yet but is slowly closing in as rumors pinpoint to it being available as early as next week in Singapore. With all three telcos, Singtel, M1 and StarHub, setting up shop with webpages for customers to register their interest for the device, it is highly likely that many happy consumers will be getting their hands on the Samsung Galaxy S III within the last three days of May.

With regards to the results obtained from benchmark results and battery tests ran on the actual retail product, they were identical to those which were found on the near-retail unit we reviewed earlier. As such, our review is accurate to what you can expect out of the retail units that are out now.