Samsung Galaxy S i9000 - Take Me To Your Leader

A Year in the Making

What a difference a year makes, eh? We've watched Android grow up into the new darling of the smartphone world. Many mobile phone manufacturers have realized that Google's mobile OS is currently their best weapon for doing battle against Apple's iPhone, and with Android 2.1 maturing into a robust base on which to build, quite a few "superphones" have arisen with the power to successfully strike right into opposing territory.

For one of the world's top phone makers, Samsung seems to have taken more hits than it should have during this time. Its only Android offering thus far to actually be sold on our shores is the Galaxy Spica i5700 - and that was a much lower-specced device, coming as it did with the outdated Android 1.5 Cupcake incarnation. Meanwhile, other top-tier manufacturers have played their royal flush: HTC with its Desire (and the Nexus One for Google itself), Sony Ericsson's XPERIA X10, and Motorola's Milestone. But the Korean giant has responded with one who would rule them all: the Samsung Galaxy S i9000, with its 4-inch Super AMOLED display and the range-topping homegrown 1GHz processor, instantly making it king of the smartphone hill, at least on paper. Could there possibly exist a chink in its armor? Let's turn the page to find out... 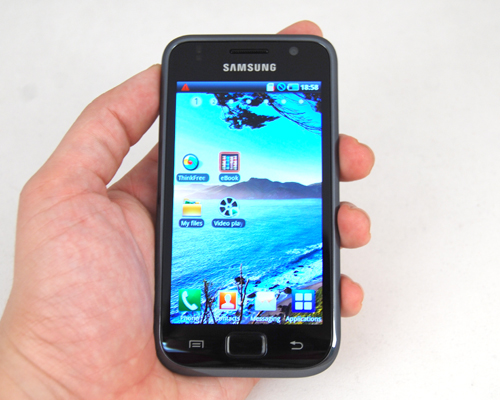