Note: This article was first published on 22 August 2019. 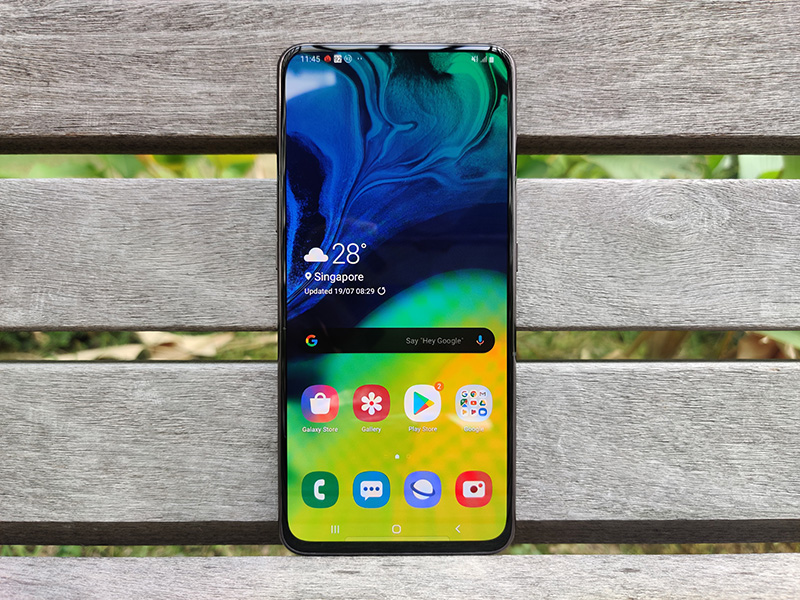 Recognising that not everyone has or wants to splash over a grand on a phone, the Galaxy A80 is Samsung's latest attempt at the rapidly growing mid-range market. It wades into battle sporting a large 6.7-inch Super AMOLED display, a Snapdragon 730 processor, and a swivelling triple-camera module.

But to be accurate and honest, the Galaxy A80 isn't the first rotating or swivelling camera on a phone. Samsung and various Japanese makers were already packing them in circa 2003. Of course, you remember Nokia and the N90, right? Meanwhile, the motorised rotator was first given unto us by Oppo with the N3 back in 2014. Even today, there's competition in the form of the ASUS Zenfone 6, whose camera flips up instead.

For sure, the Samsung Galaxy A80's motorised rotating camera is a showstopping feature in this segment where Chinese makers from Oppo to Xiaomi are now playing the pop-up cam game. But is it enough to turn the tables on the competition? 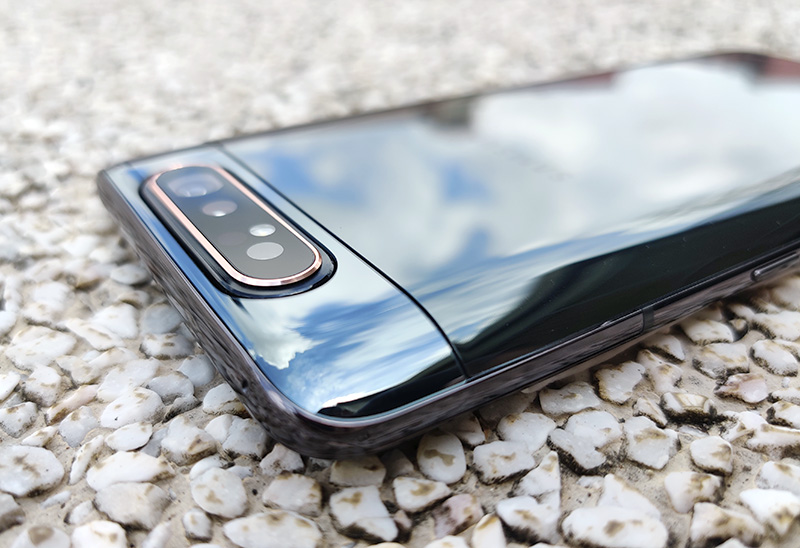 It's been ages since I've seen a phone as positively glossy as the A80. We received the Phantom Black colourway, whose mirror finish means it’s not exactly black nor phantom. If this shade isn't to your tastes, there's also Ghost White and Angel Gold — essentially white and rose gold. You can check here how those colours compare in our previous hands-on article.

The glossy finish is certainly pretty, if not eye-catching, but it’s a fingerprint and also provides little grip. Coupled with the fact that the A80 weighs a hefty 220g — That's heavier than a OnePlus 7 Pro, heavier than an Oppo Reno 10X Zoom Edition, and only beaten by the massive Huawei Mate 20X at 232g — it makes the A80 positively slippery. This problem can be easily alleviated with a phone case, which, thankfully, Samsung provides. It's nothing to shout about but at least it's color-matched and will tide you over until you find case that you really like such as one with higher drop protection standard. 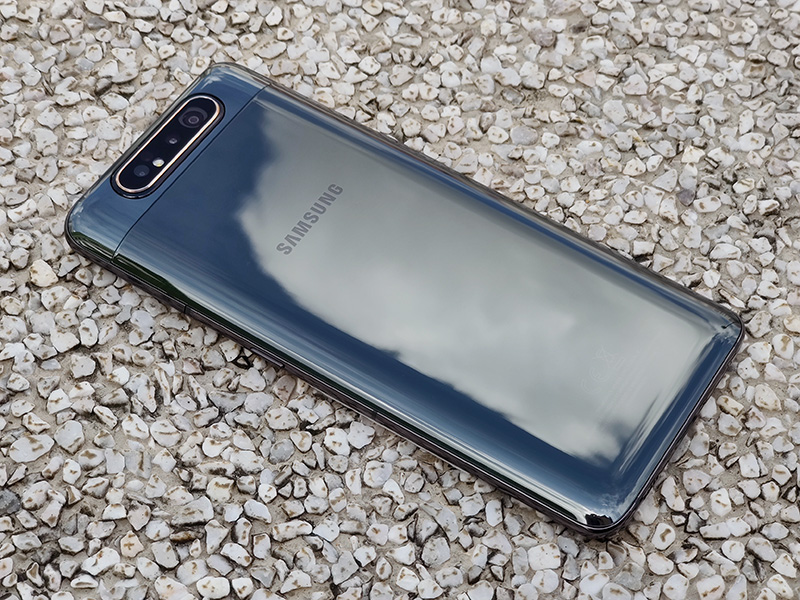 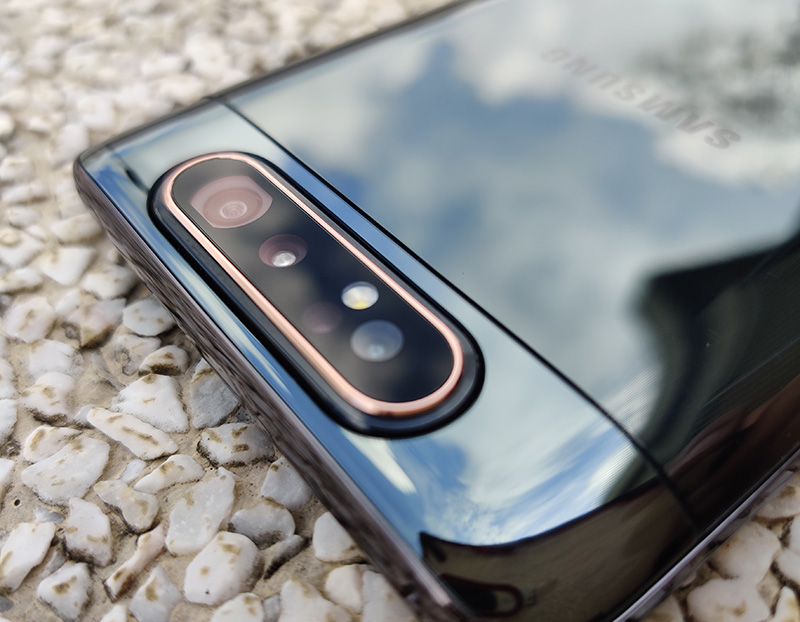 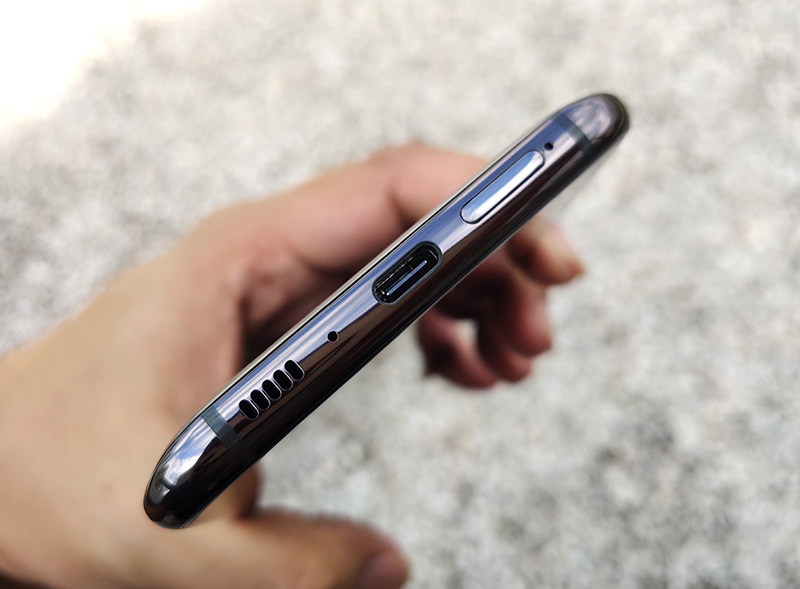 And now for the camera assembly: it doesn't just rotate, like on the Oppo N1. No, the entire top section lifts until the camera module is clear of the top front - and then it flips over. At least two motors are powering this operation, as the animated GIF below seems to show: the slider moves up first before the camera swivels.

It's pretty sweet to see it in action and to show off to your friends. However, long-term reliability is a bit of a concern. It also doesn't help that it doesn't have any form of fall protection unlike the Oppo Reno. And lastly, because of this swivelling mechanism, the Galaxy A80 has no dust and water resistance.

The Galaxy A80 has a triple camera setup. We'll talk about its imaging performance later but the three cameras are: 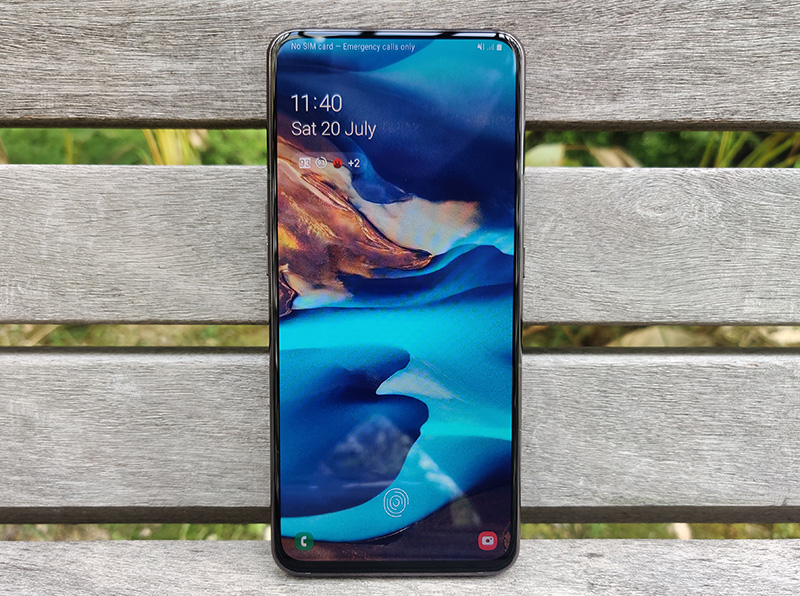 With no selfie camera in the way (and with an in-screen ear speaker), the A80's gorgeous 6.7-inch Super AMOLED panel takes pride of the full front face of the phone. It’s as vibrant as we’ve come to expect from Samsung’s AMOLED technology, and also has pretty good sunlight readability.

Some Chinese manufacturers would do well to take note of how Samsung rounded the corners of the display in lock-step with the corners of the phone. A small detail for some perhaps, but details matter at this price and when this segment of the market is so hotly contested.

However, in-display fingerprint sensor tech is one aspect of the new A-series that Samsung needs to work on. I have an A50 in my office that either refuses to unlock or takes ages to do so, and even though the A80 is faster, it's still not as fast as the leaders in this class of phones.

It also didn't like my (admittedly calloused) thumb, despite enrolling and removing it twice. If using your fingers to unlock the phone is important to you, make sure you try it out in stores first.

Speaking of unlocking the phone, there isn't any form of face unlock on the A80. Presumably this is to preserve the longevity of that swivelling camera mechanism. But it's worth noting that rivals with swivelling cameras, like the ASUS ZenFone 6, supports face unlocking. Not that it's a recommended method (it's more for convenience than for security), but just something you might want to note. So it's not much of a loss on the Galaxy A80.