The A8 has 4GB RAM, while the A8+ gets a slight upgrade to 6GB RAM. Both phones are using a Mali-G71 GPU, which is the same GPU found in the S8 and Note8.

Samsung's 7 series chips have disappointed in the past, so I'm hoping the addition of the Cortex-A73 cores will give a much-needed performance boost.

SunSpider JavaScript measures the browsing performance of a device when processing JavaScript. It not only takes into consideration the underlying hardware performance, but also assesses how optimized a particular platform is for delivering a high-speed web browsing experience.

Unfortunately, the A8 and A8+ aren't off to a great start, only beating last year's A7. Just for comparison, the S8, S8+, and Note8 hold the three fastest Android scores in this benchmark with sub-300ms times. 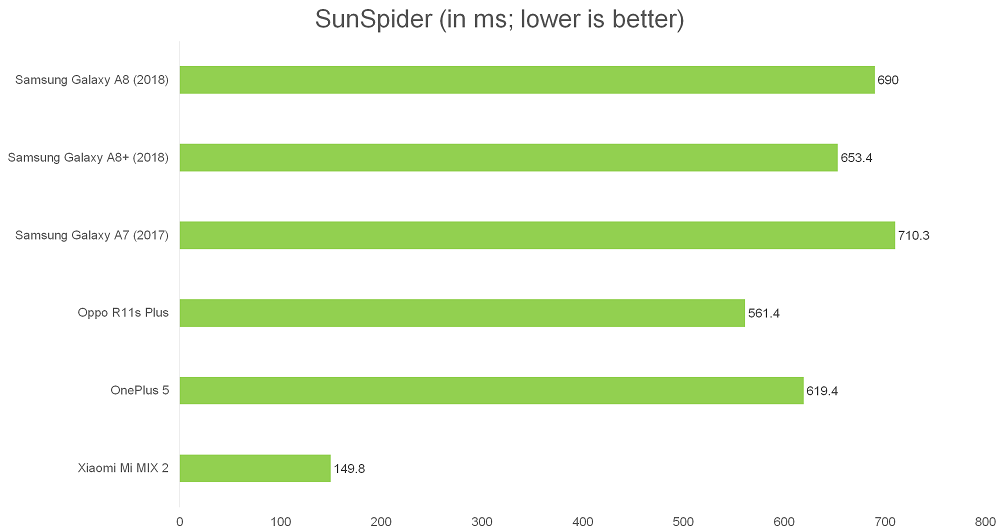 The A8 and A8+ didn't do much better in Basemark, with disappointing scores trailing way behind the Qualcomm Snapdragon 660-powered Oppo R11s Plus and even further behind the Snapdragon 835 OnePlus 5 and Xiaomi Mi MIX 2.

Despite using the same GPU as the S8 and S8+, the A8 and A8+ seem to be held back by the 7885's sluggish processor and were again the worst performers in this benchmark.

Both the A8 and A8+ are equipped with a single 16-megapixel rear camera with a f/1.7 aperture lens. It has phase detection autofocus but no optical image stabilization.

Samsung offers a 'Pro' shooting mode, but it's quite lacking compared to what you'll find on some other phones, like the LG V30+. You can adjust exposure, ISO and white balance presets, but there's no manual focus, shutter speed option or grid lines to help you compose your shot.

Image quality is quite good, with good detail retention, low noise and minimal signs of noise reduction. Colors are accurate and neutral.

HDR is available, but strangely enough, it's hidden inside the Settings menu. There's no option in either Auto or Pro mode to quickly toggle it on or off. HDR mode on the A8 isn't the best anyway, as it won't really do much to increase details in shadows, although it will prevent bright areas from being completely blown out. 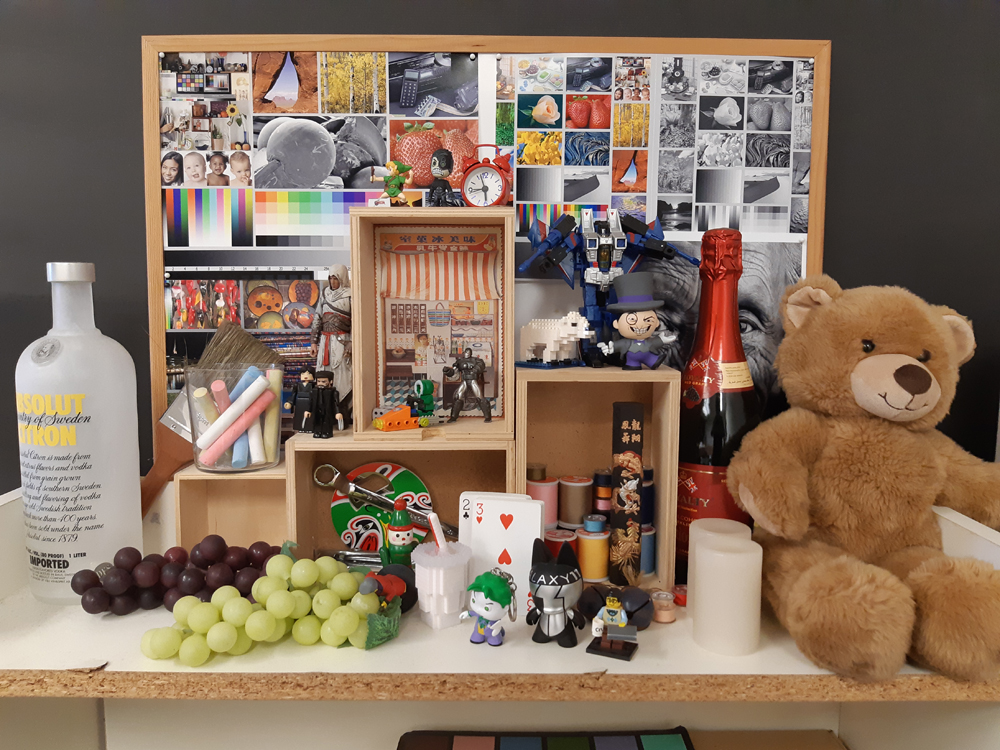 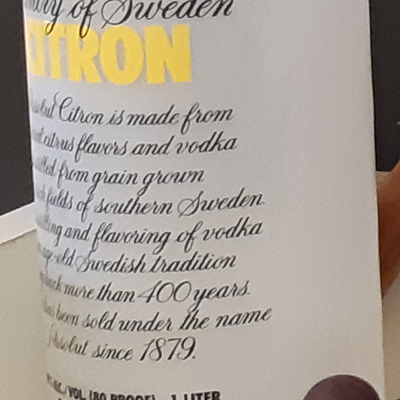 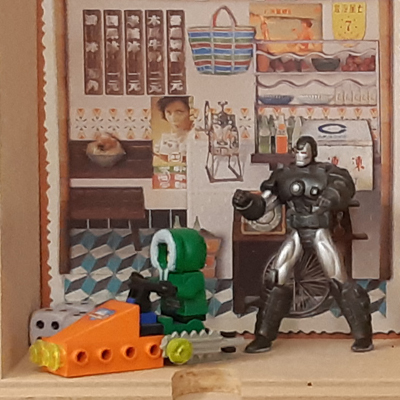 In a Samsung-first, the Galaxy A8 comes with a dual front-facing camera. It's a 16-megapixel 27mm lens + 8-megapixel 24mm lens pairing, each with a f/1.9 aperture. While the 8-megapixel lens has a wider 24mm focal length, it's not really wide enough for group selfies. There's actually a "Wide Selfie" mode for that, but it requires you to pan the camera (effectively taking a mini-panorama), which can be a little tricky depending on how you handle your phone.

The main reason for the dual camera setup is to let you take Live Focus selfies, which is a feature we first saw on the rear dual camera of the Samsung Galaxy Note8. Live Focus selfies on the A8 work the same way, with a slider that lets you adjust the level of bokeh. This slider is also available even after the photo has been taken.

Having said that, the effect isn't as good on the A8, and the background blurring tends to look a little hazy - even at max blurring, the background isn't as creamy and soft as you get on the Note8. 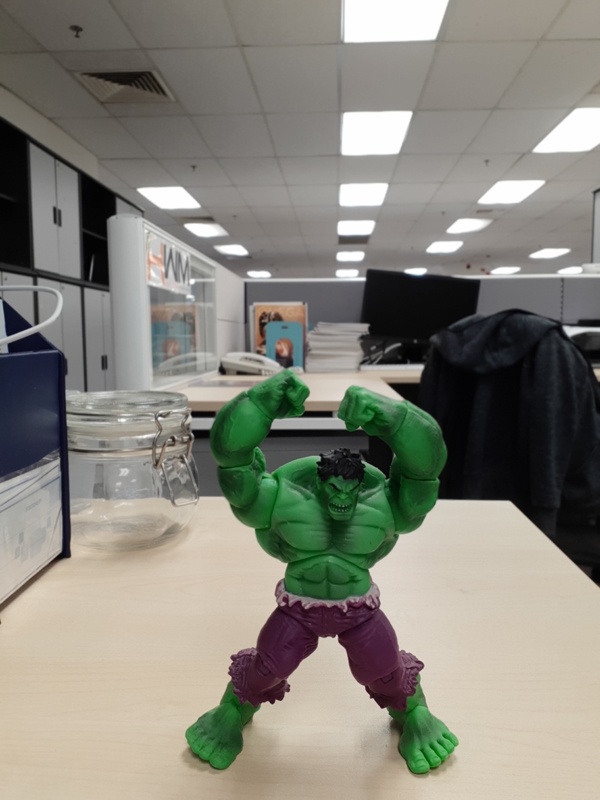 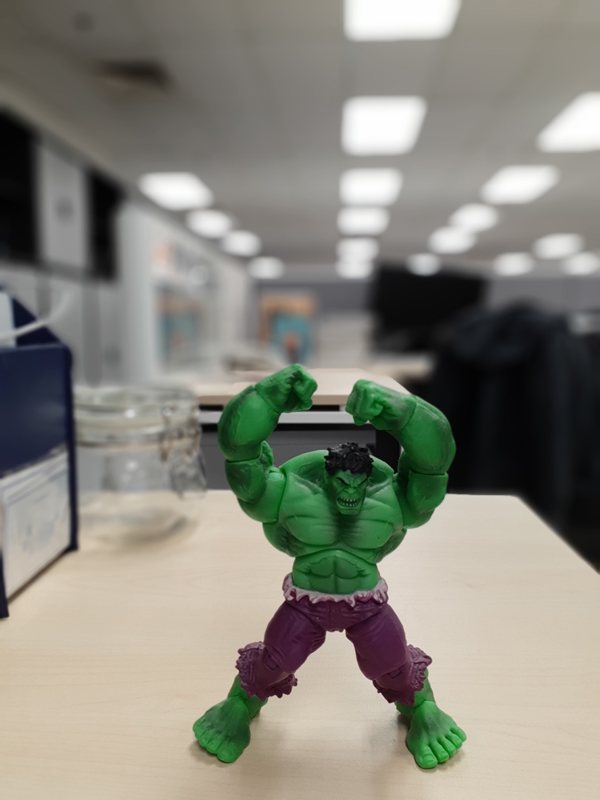 The A8 uses a 3,000mAh battery, while the A8+ has a 3,500mAh battery. Battery life on both models was fairly good, with the A8 lasting 12 and a half hours, and the A8+ lasting exactly 13 hours, although both lasted significantly shorter than last year's A7. 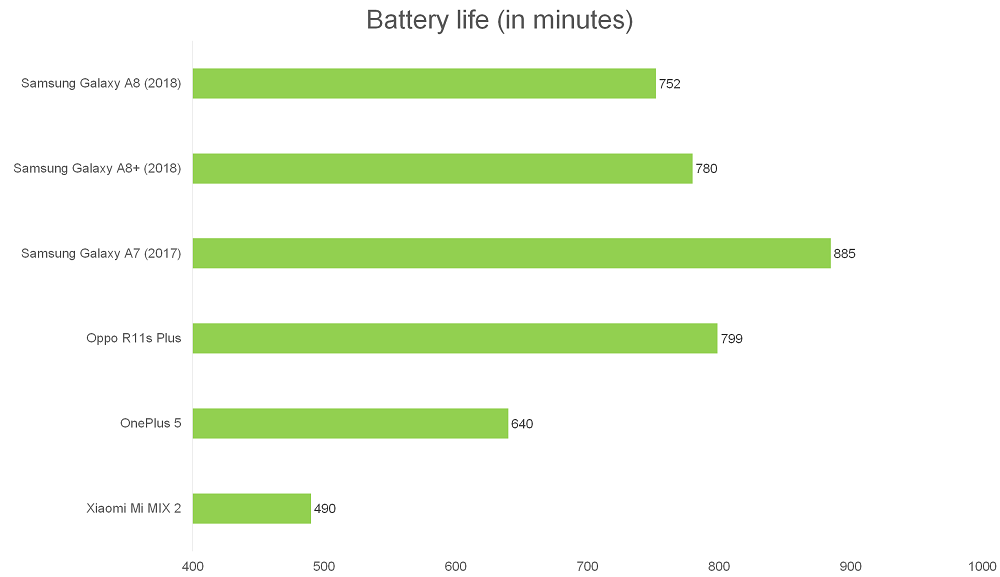 Despite having a glass back, the A8 doesn't support wireless charging. Quick Charging, however, is supported by means of Samsung Adaptive Fast Charging technology. On both phones it takes about 30 minutes to get 60 percent charge, then another 45 minutes or so for the remaining 40 percent. 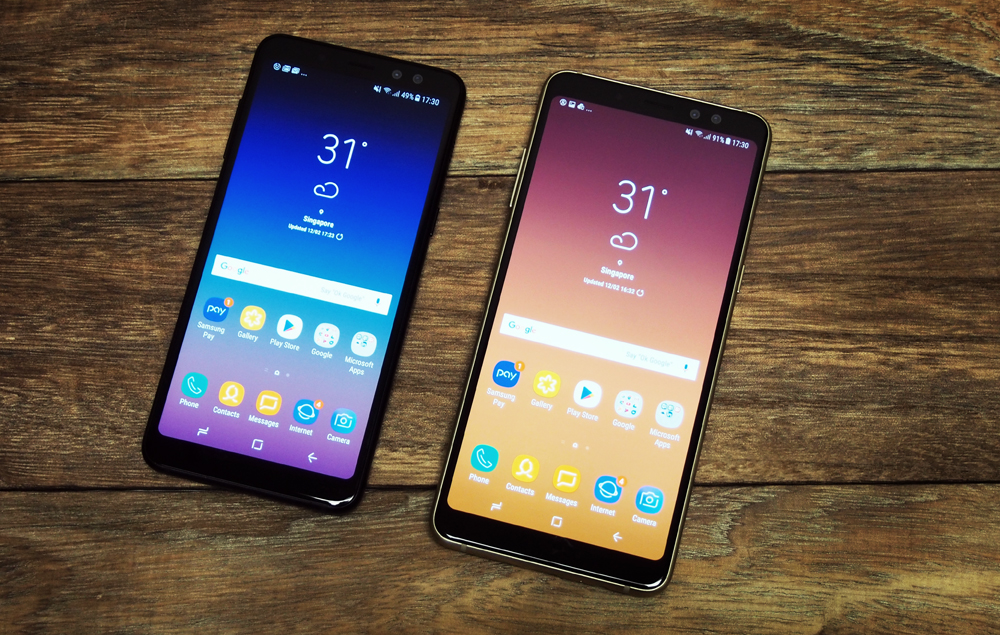 The Samsung A8 and A8+ are basically stripped down, 'lite' versions of the S8 and S8+ without all the bells and whistles you get when you buy a flagship phone. So while you still get a bezel-less, always-on AMOLED display and an IP68 build, you don't get the same futuristic dual-curved design. You're also missing perks like wireless charging and the S8's hidden pressure sensitive under the display home button. But these are things you can live without.

The actual display is just as good as the S8's, and the rear camera is pretty good too. The one area where the A8 and A8+ fall behind the competition is benchmark performance. Samsung has struggled in this area with its 7-series Exynos chips, and unfortunately, that continues with the A8 and A8+. To be fair, this won't affect most people, and the A8 is still powerful enough for everyday tasks like internet browsing, social media, and watching videos. It even runs most games just fine, although you may notice a bit of lag on newer, more graphically intensive games. Even so, at a fairly pricey S$648 for the A8, and S$798 for the A8+, I can understand if some people consider the poor benchmark performance a deal breaker.

Finally, while Samsung is basically unchallenged at the top-end of the Android market, the upper mid-range is far more competitive. For S$699, the Xiaomi Mi MIX 2 gives you a much better Qualcomm Snapdragon 835 processor, but at the expense of battery life. Alternatively, with the S9 about to be unveiled, you can actually buy a brand new S8 for as low as S$830 or an S8+ for just S$910.