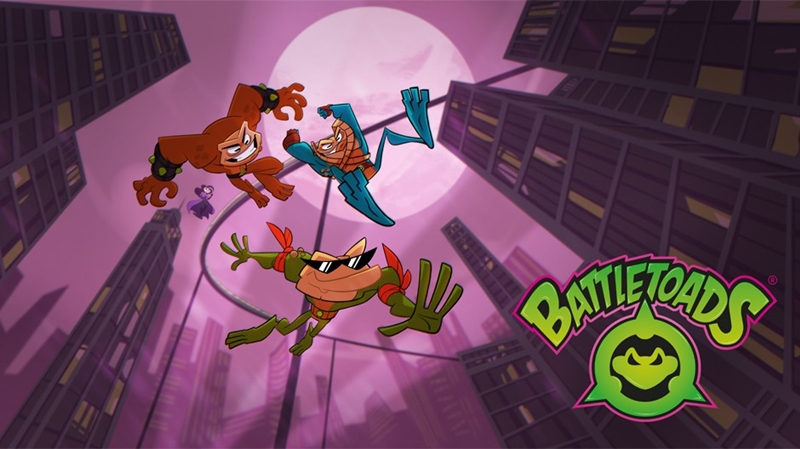 Mmm...it's been a while since I've had a nice beat 'em up title on my plate. No, wait. It’s also a puzzler, and a racing game, and a platformer. Ah, scratch that, now I’m halfway through a level that has me working as an alien masseuse.

It’s so daft. And confusing. And absurd. So why, or rather, how am I having so much fun?

Well, that’s Battletoads for you, and I’m just going to come out and say it right from the get-go. Developer Rare (and the folks at Xbox Game Studios, of course) have done a mighty fine job bringing back Rash, Zitz and Pimple after their three decades or so of retirement. The trio of crime-busting toads don't look too shabby, and the game plays out quite delightfully as well. Delightfully daft, that is. 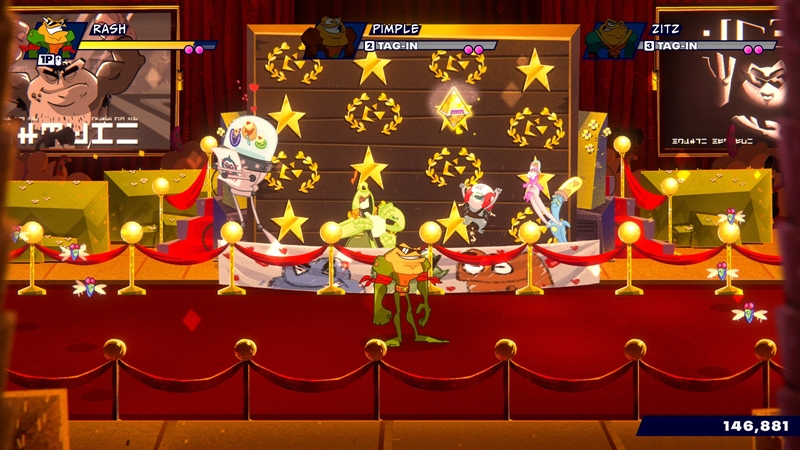 As the adage goes, appearances can be deceiving, and I’m unashamed to say I was hit with a metaphorical baseball bat to the face here. When I first booted up the game, I was expecting to trawl through a run-of-the-mill beat ‘em up that just happened to be done in a cartoon style. However, not even thirty minutes later I was giggling like a six-year-old watching Tom and Jerry on TV.

I mean, there’s one animation where Pimple’s face literally turns into a steam engine before pummelling his opponents, and that’s as old-school as slapstick comedy goes.

Indeed, Battletoads’ childlike appearance and cartoon aesthetics are but a façade for a surprisingly well-thought-out and enjoyable gaming experience, and (unfortunately) you only realise that once you start playing it. It certainly doesn’t seem like a big deal on the surface given it looks like a game adaptation of some Nickelodeon cartoon, but trust me, you’ll be well rewarded if you invest a little time.

It covers so many bases 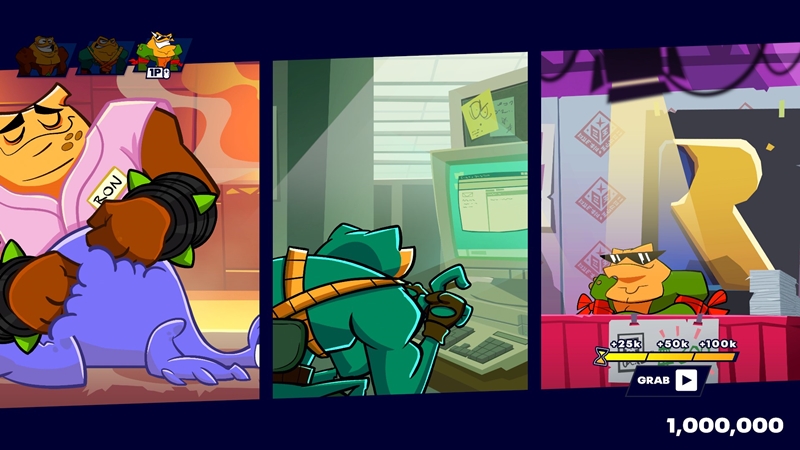 Ok, so it’s hilariously random in terms of gameplay, but what exactly do we mean by that?

Simply put, from cynical humour and fourth-wall-breaking to daft (but impressively fluid) combat and even sheer, unadulterated absurdity, Battletoads is a game that tries to wear multiple hats at once.

However, unlike most other games, which tend to fall apart under the stress of juggling everything simultaneously, Battletoads is actually able to thrive on it, and being able to do so affords the game a great deal of unpredictability. It is this element of “randomness” that really catapults the game into “outstanding” territory, and I’d even go so far as to say it’s one of the most enjoyable titles I’ve played this year. 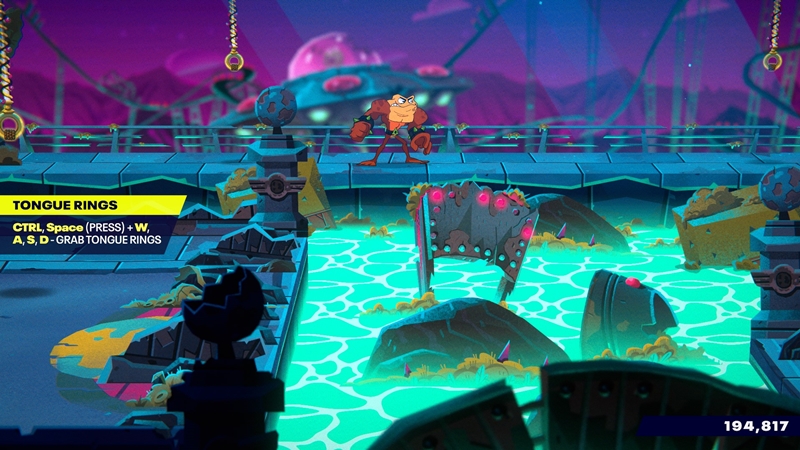 On top of that, I especially like how the developers have managed to ensure that each “genre” doesn’t occupy too much of the limelight. From cinematics to combat and puzzle-solving, each of those aspects stick to their own turf, so it doesn’t feel too linear or repetitive at any given point.

The combat experience also deserves its own space, because it’s actually more fluid and complex than you might expect. Not only are you able to pull off the fancy combo chains that are a staple of beat ‘em up games, but there are a surprising number of directions that Rare has taken it too. For example, there’s everything from guard-breaking, to evasion, to knock-ups and even mid-fight character swap-ins. Top all of that off with three different fighting styles (one for each toad), a medley of entertaining animations and poof – one gold-class, cartoon-style beat ‘em up, ready to go. 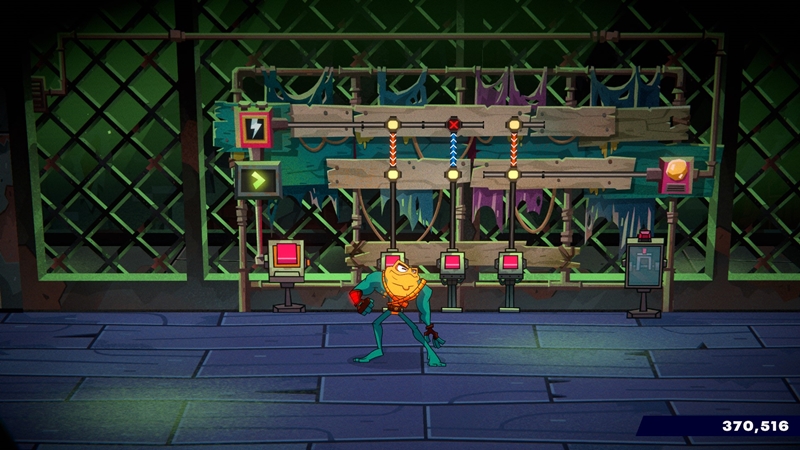 However, in spite of its merits, Battletoads does suffer from a singular flaw that I feel holds it back from becoming a full-blown, knock-you-out-of-the-park game, although it does depend on personal perspective to some extent.

Case in point, I might be on the side of the fence that enjoys the disordered jumble of gameplay styles in Battletoads, but I can’t say the same for everyone. There are two sides to every coin, after all, and by that token there will be players who find Battletoads a little too messy or eager to please its audiences, if you catch my drift.

Such viewpoints aren’t wrong at all, since having too many cooks tends to spoil the soup in the vast majority of cases. However, I personally feel that it’s something I can close an eye about, since Battletoads is essentially a cartoon game – there’s no reason to take it so seriously and put it on the scales against AAA titles like Horizon Zero Dawn and suchlike.

You play it for fun 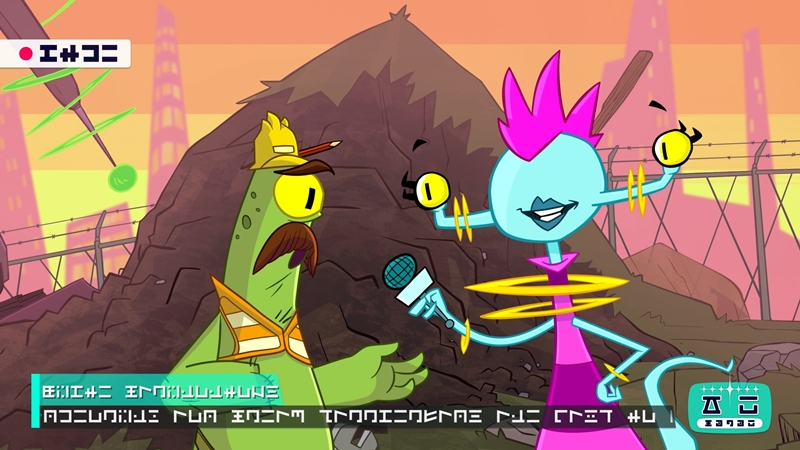 Because that's what it is. And I absolutely adore it, sheer stupidity and all.

When push comes to shove, Battletoads is to me an excellent title. It’s already hard enough for a game to squeeze in such a loaded cocktail of genres, and the fact that few contenders can pull it off so effectively only makes it more impressive. Sure, it isn't the most outstanding game of the decade with regard to expansiveness or aesthetics, but it definitely checks all the important boxes that it has to and then some.

Between its classic slapstick antics, fluid combat and an overall amazing experience in both co-op and solo, I’d say Rare really deserves a pat on the back for making all these seemingly random bits gel together into one gorgeous package.

In fact, I wouldn't even say this should be on your Keep-in-View list. Go give it a shot right now - it's included within your Xbox Game Pass subscription anyway!