Review: The ROG Phone 5 is still an overpowered gaming phone and that's a good thing (Part I) 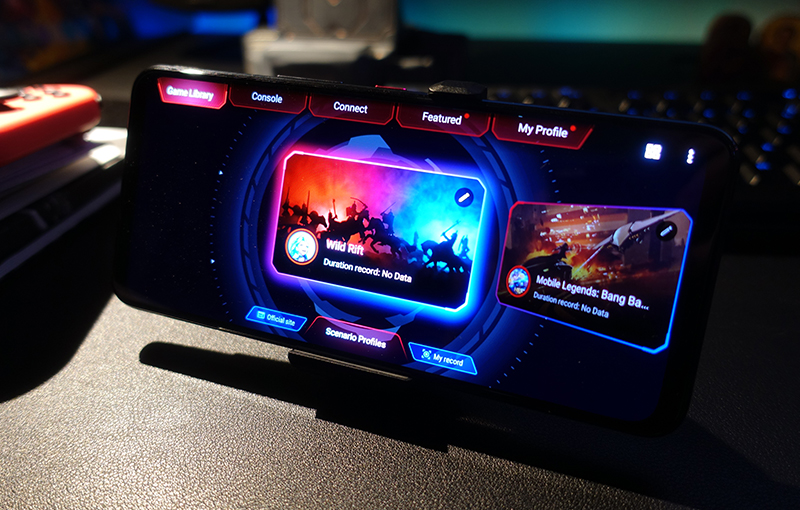 ASUS’ latest ROG Phone’s moniker is a bit misleading. You see, the ROG Phone 5 is really the fourth iteration in the company gaming’s line-up – not the fifth as you would think. ASUS’ reason for not going with “ROG Phone 4” stems from the simple fact that the Taiwan-based company is following a long-held Chinese superstition that the number “4” is the most inauspicious numeral, as it sounds terribly similar to ‘death’ in Mandarin and especially so in the Hokkien and Cantonese dialects. No company steeped in Chinese roots want their product to die this way.

Now that I’ve got that out of the way, the perennial question is back since the original ROG Phone’s launch back in 2018: why should you buy a gaming phone in 2021? After all, you can get flagship-level performance from most Android-based mid-range and even budget-level smart phones today. Well, just like a gaming PC, gaming smartphones also have better thermal management and unique hardware features that make them stand out from flagship phones. These includes high refresh rate screens, gaming-specific hardware features and software too.

No surprise then, that just like its previous three predecessors, the ROG Phone 5 encapsulates these qualities perfectly. For computing power, the gaming phone comes with the Snapdragon 888 along with a dazzling 144Hz/1ms AMOLED display to match it. And it wouldn’t be a gaming device if it does not come with the obligatory RGB lighting – featured prominently in the ROG logo at its back. Last but not least, and perhaps unquestionably the defining features of the ROG Phone series, the AirTrigger touch sensor buttons that can be set up for in-game actions, and a massive 6000mAh battery with 65W charging.

So, what new stuff can we expect from the ROG Phone 5? Let’s take a look. 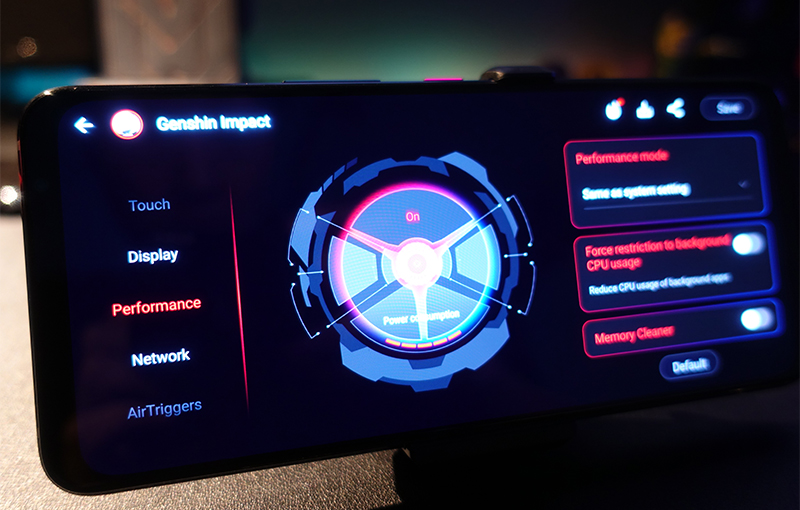 Specifications wise, the ROG Phone 5 is a pretty souped-up smart phone – gaming phone or not. But the line-up for 2021 is the most confusing one yet, as there are not two or three but five different ROG Phone 5 configurations. Apart from the base ROG Phone 5 (which itself comes in three confounding specs), ASUS has deemed it necessary to also release the ROG Phone 5 Pro and a limited-edition ROG Phone 5 Ultimate.

While the base specs for all five phones are similar – they share the same CPU, GPU, cameras, and display – there are key differences. The Pro and Ultimate versions, for instance, will have higher memory and storage capacities (16GB/512GB and 18GB/512GB respectively) and also two additional AirTrigger touch sensors on the back cover. The base ROG Phone 5 meanwhile, wow…have an A, B and C variants with each having different combinations of memory and storage – depending on the market they are released in. The ROG Phone 5 that I have on hand is the A version, which comes with 16GB of memory and 256GB. But there’s also another A version that comes with 12GB of memory and 256GB of storage. B versions come in 8GB/128GB, and also 12GB/256GB or 16GB/256GB. It’s all very confusing to say the least, and right now ASUS Singapore hasn’t confirmed which version our sunny island will be getting, and if the Pro and Ultimate editions will even be launched here at all.

Here's a breakdown of the specifications provided by ASUS: 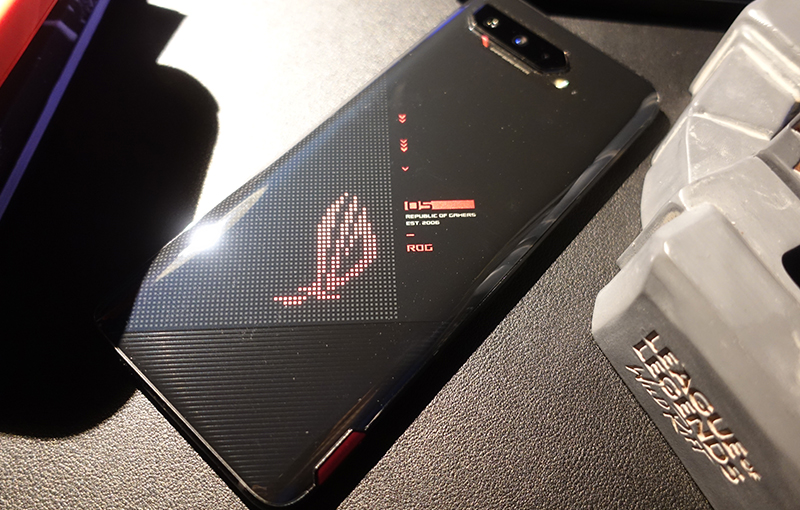 While ASUS have made consistent and incremental annual upgrades to the ROG Phone’s internal circuitry, the ROG Phone 5 by shape and design still looks uncannily alike to the past three ROG Phones. That makes the ROG Phone’s design four years old now, and personally, I thought a design overhaul is now long overdue. ROG has done some excellent designs with their gaming notebooks over the last couple of years, and while design can be a matter of taste, ROG gaming notebooks have always shown that the company’s design and engineering teams are willing to experiment and go edgy. So, it’s disappointing to see ROG opting for the safer option here, albeit with a tried and tested design.

That said, the ROG Phone 5 now comes available in two colours too – Phantom Black and Storm White. The latter looks utterly sexy, by the way. It also comes with a triple rear camera setup like the ROG Phone 3: a main 64-megapixel camera powered by a Sony IMX686 sensor, a 13-megapixel ultrawide-angle and a 5-megapixel macro camera. And for this year’s model, the ROG Phone 5’s Armoury Crate app can boost its processor and graphics speed, increase the screen’s refresh rate, and more on a per-game basis. 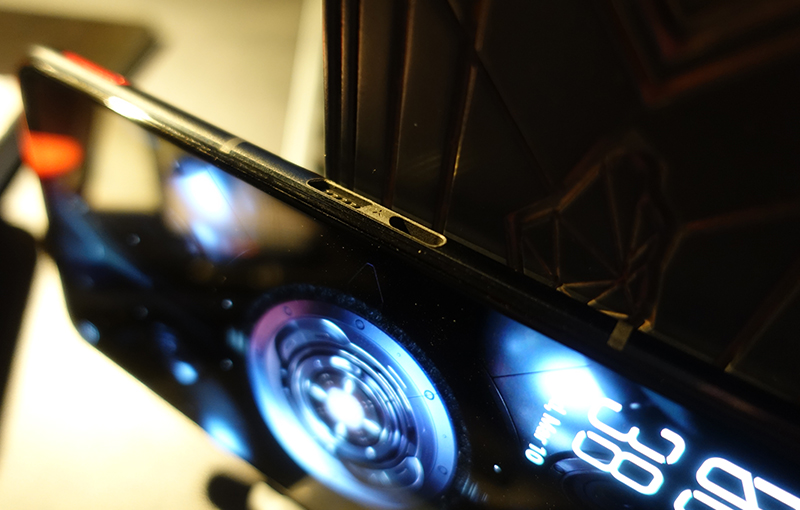 While I have my gripes with the ROG Phone 5’s (by now) uninspiring design, the phone truly excelled where it matters – at gaming or watching WandaVision on Disney+. Its 6.78-inch FHD+ (2448 x 1080) AMOLED screen is one of the best I’ve ever used, with colours, that while rich, are not overly saturated – common with Samsung smartphones. Touch latency has also improved at 24ms; according to ASUS, the ROG Phone 5 has an impressive 300Hz sampling rate. This means that it checks 300 times per second to see where you’ve touched it. In comparison, most of the latest Android smartphones have a 240Hz sampling rate at best.

While the specs and display in the ROG Phone 5 easily handled any games that I threw at it – Genshin Impact, League of Legend: Wild Rift and Mobile Legend: Bang Bang – it’s the other features on the ROG Phone 5 that elevates the experience further. The front-firing stereo audio speakers, for instance, are still the best of any mobile phones. The ROG Phone 5 can go really loud. And I’m also pleasantly surprised that ASUS has brought back the 3.5mm audio jack, which was missing from last year’s ROG Phone 3. But that’s not just it, as it now comes equipped with an ESS Sabre ES9280AC Pro with HyperStream II QUAD DAC technology and a built-in Class G ESS Sabre Headphone ampli-fier with up to 2Vrms output for headphones with higher impedance. I’ve already covered AirTriggers in my past ROG Phone coverages, which each newer phone getting noticeable improvements here. I mean, they still work the same on the ROG Phone 5 as it did on the ROG Phone 3. But ASUS has made even more progress with the new phone’s AirTrigger functions with what they call “AirTrigger 5” technology, which offers better sensitivity, better positioning (closer to the edges for smaller hands) and plenty of new motion control gestures. The AirTrigger 5 system can even be used outside of games to activate useful actions or apps with a simple squeeze motion while in portrait mode. 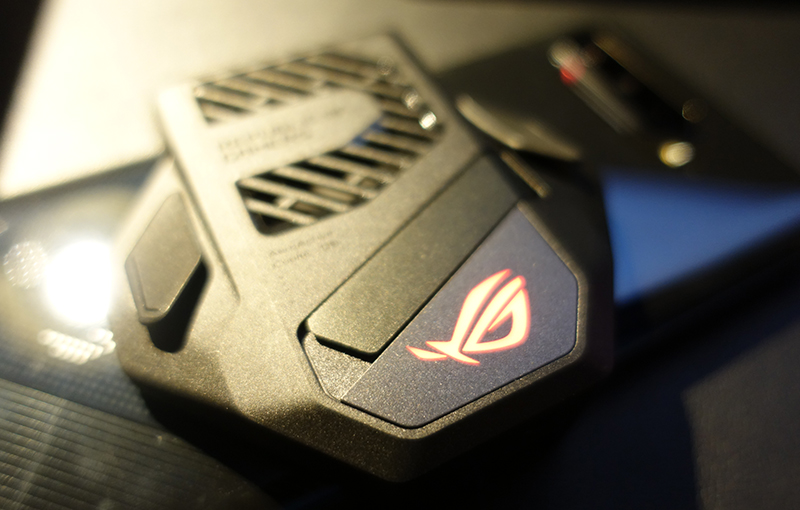 ASUS Singapore has yet to confirm the ROG Phone 5’s availability and pricing, much less which versions we will be getting. One thing is for sure though – it won’t be cheap. The ROG Phone 5 Ultimate has a retail price of US$1,580 in the US, and the vanilla ROG Phone 5 starts from US$950. ASUS isn’t shying away from the fact that the phone was built for a very specific reason and a very targeted demographic of mobile gamers, and while detractors will rightly point out that for that kind of money, you could buy a PlayStation 5 or an Xbox Series X along with a Nintendo Switch, I think they would have missed the point. 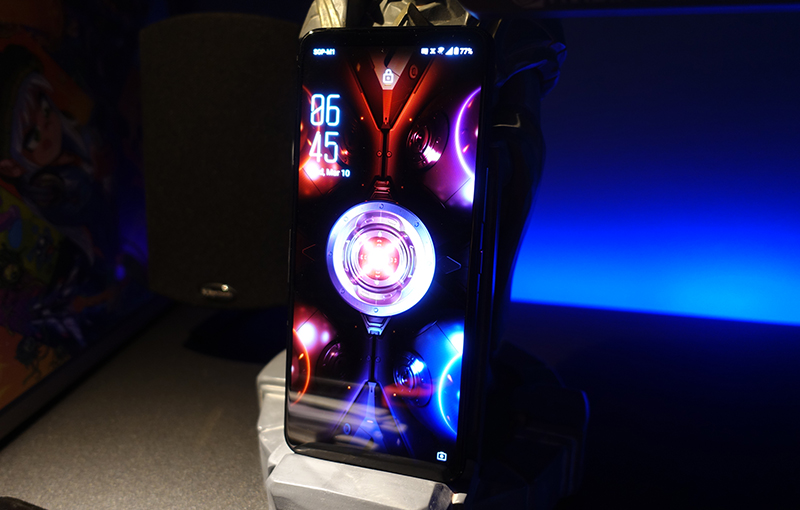 If you’re after the world’s most powerful gaming phone that also happens to function as a smartphone equivalent of a Swiss Army knife (take calls, snap photos, texting), and is a hardcore mobile gamer playing mobile games that do take advantage of the ROG Phone 5’s superiority (e.g., the games I mentioned earlier) to elevate your mobile gaming experience, then the question of pricing is moot. There's really just the ROG Phone 5, or perhaps the ROG Phone 3 (if the price drops as expected).

In the meantime, look forward to my final judgement of the ROG Phone 5 after ASUS announced the local pricing and when I’m done with further testing of the phone including battery life and camera performances.