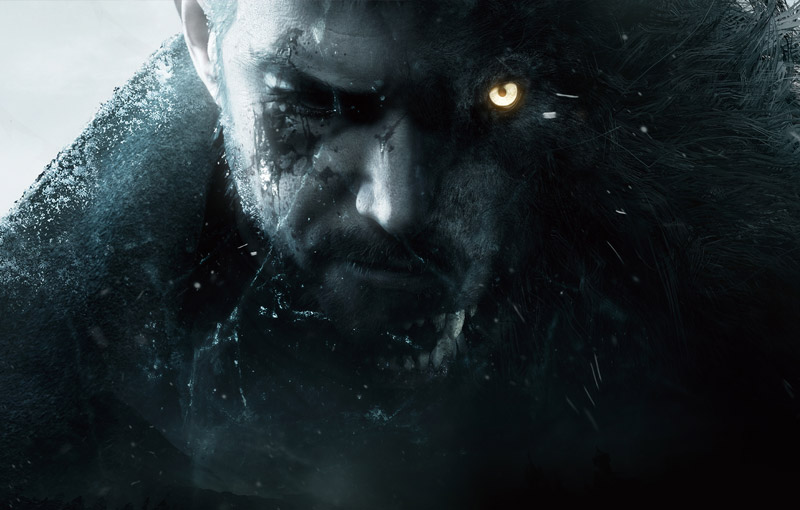 And I thought the scariest thing about this game would be the werewolves!

Resident Evil is a strange game franchise. Capcom have put their all into evolving the horror-survival series with the times and sometimes that’s paid off, and other times it's given us Resident Evil: Umbrella Corps. Resident Evil Village is their latest offering, doubling as both a nostalgic throwback and a bold step forward for the franchise at the same time. It’s the perfect successor to Resident Evil 7, whose first-person perspective and intimate blend of horror ushered in a new golden era for this beloved franchise.

I’m a huge Resident Evil fan, so I was already pumped to play through Ethan Winters’ next spooky adventure. What I didn’t anticipate was just how much I would end up loving Village. Whether I'm replaying the main story to unlock bonus weapons or trying to score SSS ranks in the arcade-y Mercenaries mode, I just can’t tear myself away from one of the most bombastic and beautiful Resident Evil games yet.

And they all lived happily ever after… for a while 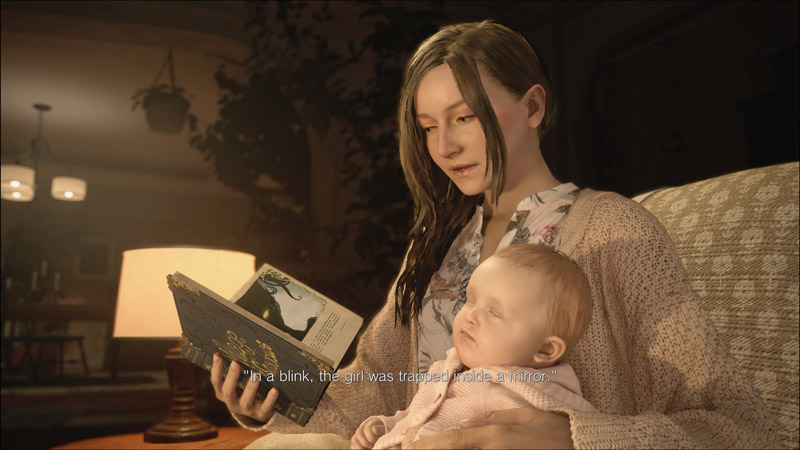 Resident Evil Village is a direct sequel to Resident Evil 7, picking up Ethan Winters’ story three years after his traumatic experience with the psychotic Baker family in Louisiana. He now lives peacefully with his wife Mia and six-month-old daughter Rose. After this domestic bliss gets interrupted by the violent reappearance of one boulder-punching Chris Redfield, Ethan finds himself torn away from his family and thrust into the cold, harsh unknowns of a Gothic European village suffering a monstrous epidemic.

As this is a spoiler-free review, I refuse to touch the finer details of Village’s story - save for what the trailers have already revealed. Ethan’s journey pushes him into encounters with the village’s four governing forces, one of whom is the tall, vampiric and frighteningly alluring aristocrat Lady Alcina Dimitrescu. If you were captivated by Lady D like many others, you should know that she is by no means the main villain of this story - just another bloodthirsty roadblock on a very long, very dangerous journey. If you purchased Resident Evil Village hoping for more facetime with the tall sexy vampire lady, you might actually come out disappointed.

Thankfully, this wasn't the case for me. I’m really surprised at the level of restraint Capcom have displayed in marketing this game, as a good chunk of it (maybe 50-70%) was never shown to the public before release. Dimitrescu is actually one of the first characters you meet, so every new environment and villain introduced after her was a delightful surprise to me. I loved that. Without spoiling anything, Resident Evil Village's story is best described as a carnival of horrors. Ethan Winters bounces from one spooky attraction to the next, each one focusing on a new genre of horror that delivers scares in unique ways. 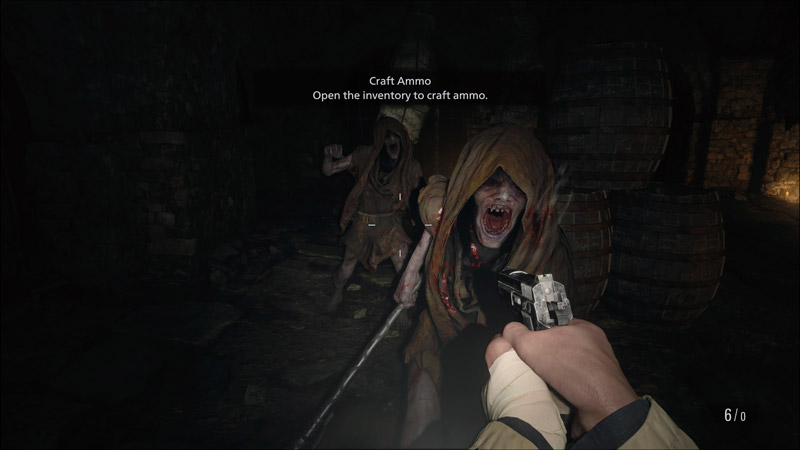 Resident Evil 7 unfolded the same way - you essentially go from Evil Dead to Texas Chainsaw Massacre to Saw homages and more, but Village is operating on an entirely different level. Ethan’s journey is harrowing and mind-numbingly scary at times (one section of this game was undoubtedly the scariest thing a Resident Evil game has ever put me through), but it’s also consistently throwing new stuff at you to keep you hooked. My only complaint is that a lot of the game's levels focus on just one particular enemy and the area they control, and they can skew really short. This means that you’ll encounter some of the franchise’s most fascinating villains yet, only to spend a paltry 20 to 40 minutes with them before bidding adieu forever.

Village refuses to be one thing for too long, and that can work both for and against it. The sheer breadth of environments and scale of this story is wonderful, but it is also rife with beats that felt like they needed more time to breathe amidst all the chaos. There’s also the fact that despite what Capcom thinks, making Ethan whine a whole bunch doesn’t make him a compelling protagonist. He simply lacks personality, especially compared to Chris Redfield. It's actually hilarious how much Redfield steals the show whenever they share the same screen.

The larger mystery of what this village is, who these people are and why Chris did what he did are all eventually dealt with in a mostly satisfactory way, but you could poke more holes in this story than Swiss cheese. Some characters’ actions flat-out don’t make sense, and the game’s more emotional moments don’t land well - resulting in a fantastic story that spirals into an underwhelming conclusion. The game's big climax really relies on you connecting to Ethan and his struggles, but all of its efforts to that end fell flat for me.

Lycans and vampires and strange merchants, oh my! 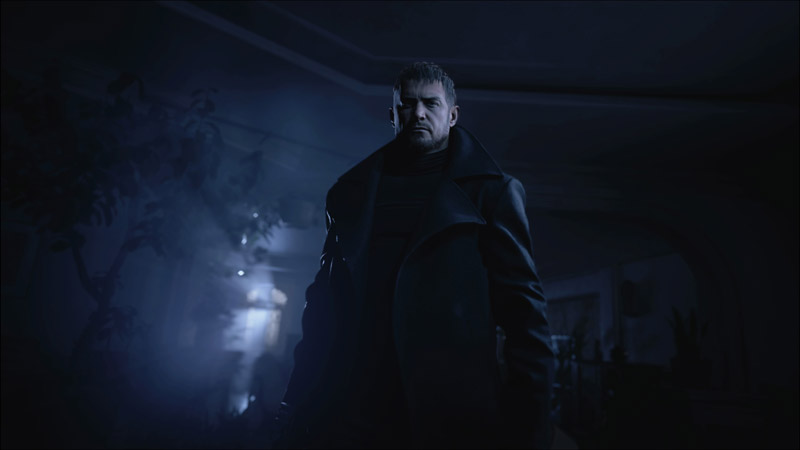 The Resident Evil gameplay formula has evolved a whole lot over the last decade, but Village takes the best lessons from previous entries to polish it up even more. Sure, it’s a first-person shooter like Resident Evil 7, which means it naturally feels a lot closer to that game than, say, the recent third-person Resident Evil 3 Remake. Taking inspiration from Resident Evil 4 however, the game has a new merchant that sells Ethan weaponry and resources, plus a new Tetris-like inventory system. In fact, the whole game is one massive love letter to Resident Evil 4 - to the point that you can even predict seeing certain enemy types before they're introduced due to their similarities.

Helping Ethan on his adventures is the Duke, an enigmatic travelling merchant with tons of goodies for sale. When you kill enemies and sell Treasure to the Duke, you get a new currency called Lei - which can in turn be traded to upgrade your weapons, add new weapon attachments, gather ammo or snag other handy resources. You’ll be constantly trading away your weapons for newer and better ones, as Ethan starts encountering harder and spongier enemies. This system is seamlessly implemented and particularly towards the end of the game, presents you with really interesting choices on where your Lei might be better spent. The weapons themselves feel fantastic to use as well, and it always feels like you’re trading up in a meaningful way no matter where your Lei goes.

It really feels like Capcom wanted to bring Village closer to the quote-unquote ‘ideal’ way Resident Evil games should feel to play. The new Tetris-like inventory system is a fun method of making players pick between hoarding resources or leaving something behind, and key items being separate from the inventory removes the problem of players having to constantly run back and forth because they’ve run out of space for a puzzle piece. A revised inventory menu also allows players to simply tap a button to craft items, rather than click on one item and randomly guess what happens when it’s combined with something else. Little quality-of-life improvements like these will make it very hard to go back to Resident Evil 7, and that’s how sequels should feel to play. 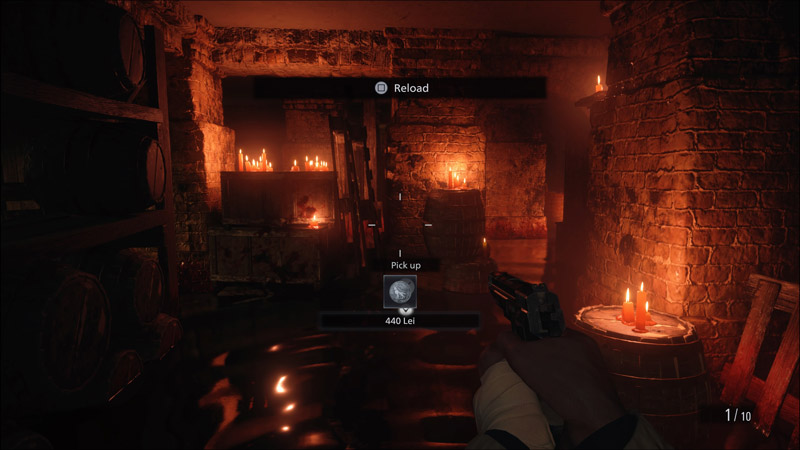 It’s really incredible how much ingenuity continues to be pumped into this franchise, going on its eight mainline entry now with tons of spin-offs under its belt. These environments are fantastically well-designed, both from visual and gameplay standpoints. They feel completely different and separate from one another, but fit together in the larger narrative so well. Big areas like Dimitrescu’s castle feel so massive and lived-in, to the point that you feel nervous to break pots and crates because its inhabitants could be just around the corner. You bounce from one place like this to another, and each area introduces all-new enemy types for Ethan to face. This immediately addresses one of Resident Evil 7’s biggest criticisms - its dull lack of enemy variety. You’re definitely not going to feel that way about Village.

Here’s the thing - Village feels great to play, right up until you get to its bosses. Most of them work better as dazzling, action-packed setpieces rather than actual threats that provide an interesting challenge. They’re just way too easy. Resident Evil bosses tend to mutate and pose more of a challenge throughout different phases that introduce new attacks and weaknesses to focus on, but these felt like a collection of obviously-scripted sequences where you just let loose a spray of bullets and wait for the fight to end. The final boss, in particular, disappointed me in this aspect. I’ll put it this way: there are a couple of normal enemy encounters that challenged me way more than the bosses after them.

That being said, these bosses have a lot more personality than past Resident Evil games. You actually end up caring about these creatures, getting invested in their origins and motivations, and the epic scale of their one-on-one fights with Ethan serve up some of the game’s most thrilling moments because of that. 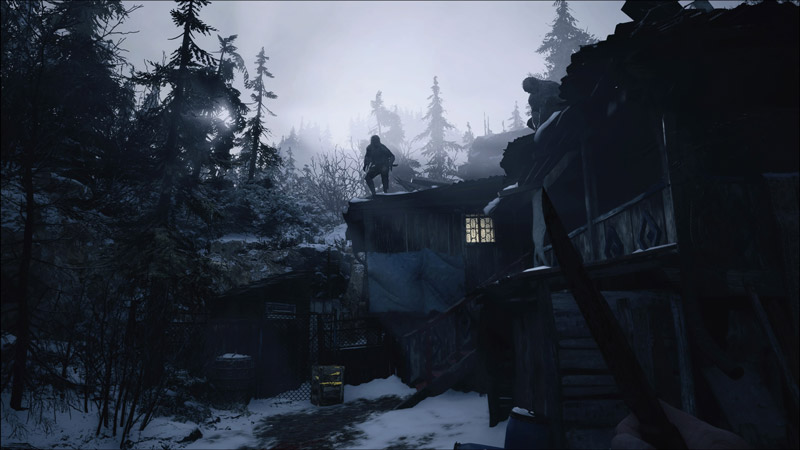 It’s funny. I have a lot of problems with Resident Evil Village - particularly in its story - but I also don’t see how anything could top this as my 2021 GOTY. It’s still early in the year, sure. However, this game knocks so much out of the park that most of its flaws end up feeling like small, insignificant nitpicks. The visuals are drop dead gorgeous, taking full advantage of Capcom’s brilliant RE Engine to paint environments with vivid lighting, realistic character models and enemies with grotesque levels of detail. Every environment Ethan has to navigate drips with atmosphere, one that either chills you to the bone or excites you enough to keep going and find out what the game has in store next.

The small quality-of-life changes to gameplay (like easier item crafting) stack up well next to bigger updates like the merchant system, and all of this provides Village with a modern but unmistakably unique Resident Evil flavour. Unfortunately, the game’s breakneck pace worked to the detriment of its main cast. This story tried its damn best to get me to care about Ethan Winters, but he continues to be one of the franchise’s most underwhelming protagonists yet. The main villain is one of the best examples of this game’s stellar art design, but like many other side-villains bursting at the seams with potential, they end up feeling underdeveloped in the relatively tiny amount of time they spend in the spotlight.

As far as value for money goes however, this is the most replayable Resident Evil game we’ve gotten in a long time. Not only is there an infinite New Game+ mode where you can carry over Ethan’s weapons, upgrades and Lei to a new save file - but an amazing Mercenaries mode throws you into frenzied races against time across familiar environments with remixed enemies and bosses. There’s even a bonus content shop using points earned from completing challenges where you can unlock special weapons post-game, giving you yet another reason to replay the story.

In summary, Resident Evil Village absolutely blew me away - but do not get me started on the story unless you want a two-hour rant.

Write a Review
Compare This | Specifications
Diverse enemy variety
Gunplay is great
Revised inventory and crafting system is great
Story is filled with enough mystery to keep you hooked throughout
Tons of environmental variety, and it's all gorgeous
Mercenaries mode is addictive
Big chunks of the story don't make sense and some of its more emotional moments fall flat
Most of the bossfights are underwhelming
Ethan is a really bland protagonist
Our articles may contain affiliate links. If you buy through these links, we may earn a small commission.
Sponsored Links