The multiplayer component and a verdict

It’s really short but at least it’s got multiplayer 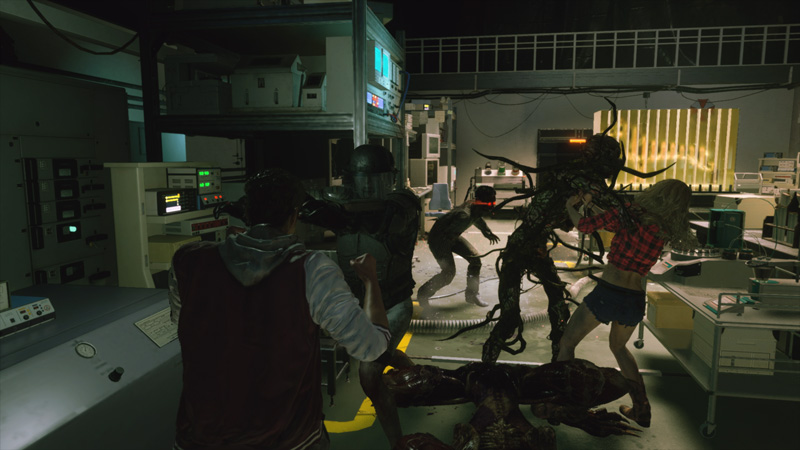 The biggest disappointment with this game by far, is that it’s shockingly short. My first playthrough ran for just shy of six hours, which is ludicrous for any game with this price point. I really took my time with it too, so I suspect that veterans of the franchise will finish the campaign much quicker. Like any Resident Evil game, the campaign does have a ton of replayability. An in-game store also allows you to buy bonuses for repeated playthroughs - such as extra weapons and higher melee damage. Currency is earned by simply playing through the campaign.

This game comes with a multiplayer component as well, titled Resident Evil: Resistance. Resistance is an asymmetrical multiplayer experience - pitting a Mastermind against three Survivors. Survivors have to go through a map while completing objectives to get to the end and escape within a time limit. These objectives include puzzle solving and destroying equipment - and successfully doing so gives them more time. Special abilities and good teamwork is key for success here. 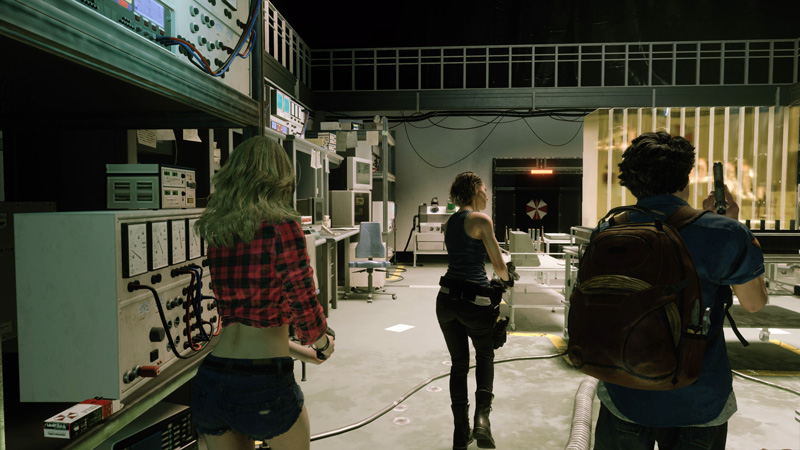 The Mastermind’s sole mission is to slow the Survivors down. Masterminds have plenty of tools to accomplish this - they can track players through environments using cameras, and spawn enemies such as zombies, lickers and dogs to slow them down or kill them. Killing Survivors takes out a chunk of the time they have left to escape, and to that end, Masterminds can choose to control the monsters they summon as well. They can play as iconic bosses from Resident Evil 2 such as Mr. X/Tyrant and William Birkin, or just a regular ol’ zombie.

As far as online multiplayer modes go, this is one of Resident Evil’s better efforts. I encountered a ton of latency issues and poor matchmaking times, but the matches I did get were exciting enough. To its credit, playing as both the Mastermind and a Survivor feels equally fun in different ways, which lends the mode replayability. I’m sure it’ll find a fanbase of its own, but it still doesn’t add enough value to the game to justify its price tag. 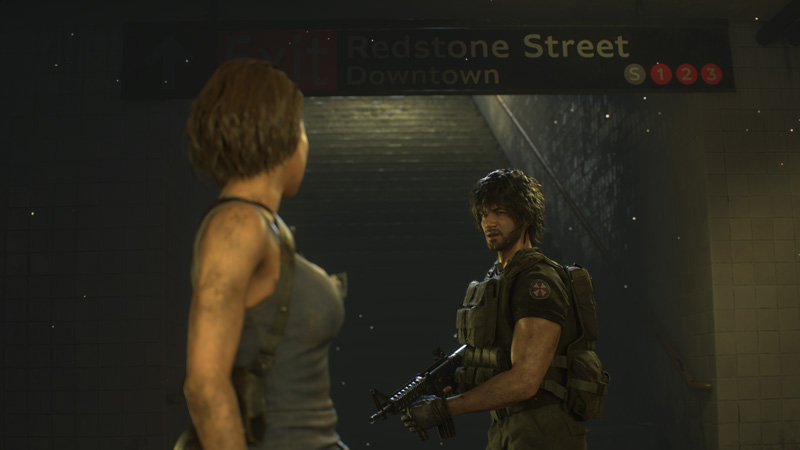 Despite many of my grievances with this game, I still find Resident Evil 3 Remake to be one of the best games in the franchise. It’s just structured badly, even as an action game. Flying through one action setpiece after another might feel exciting at first, but it quickly loses its lustre as the game goes on. Nemesis, an absolute beast of an enemy and one of the franchise’s very best, disappoints here. He doesn’t feel like the constant threat he should be (save for one area), and only pops up whenever he needs to take a beating.

Don’t get me wrong - I adored Resident Evil 3 despite its faults, and I have plans to play through it many more times. It boasts incredibly detailed environments, great characters and a fun villain to top it all off. However, it’s hard to say that I don’t also feel cheated out of what could have been.  Many of the game’s environments feel like they could’ve been greatly expanded on, and feel disappointingly limited as a result.

This game is woefully overpriced, but if you’re a hardcore fan with plans to attempt multiple playthroughs - you’ll definitely want to pick this up anyway.

Write a Review
Compare This | Specifications
New enemy types are great
Exploring Raccoon City feels amazing
Visually spectacular
Characters are brought to life well, especially Jill and Carlos
Slightly builds upon the lore of the original in interesting ways
The Resident Evil formula doesn't necessarily work well in an action-oriented format
Story is lacklustre
Game is far too short for its price point
Nemesis is underused
Multiplayer mode doesn't make up for the lacking campaign
Feels very unambitious
Weaker than its predecessor
Our articles may contain affiliate links. If you buy through these links, we may earn a small commission.
Sponsored Links