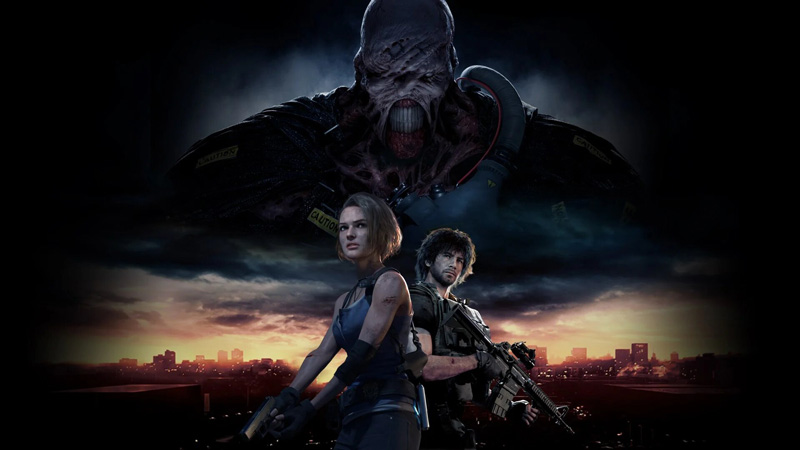 A game about a pandemic infecting an entire city? What is this, a crossover episode?

Resident Evil 3 Remake is a blessing. Its predecessor near-flawlessly remade a classic horror game for newer audiences everywhere, while paying homage to its fans by reintroducing iconic moments from the original with touched up visuals and polished gameplay. I think most of us who finished Resident Evil 2 Remake immediately prayed that Resident Evil 3 would get the same treatment - and boy, did Capcom answer that prayer quickly.

Unfortunately, Resident Evil is a real mixed bag. It introduces some of the best moments the franchise has enjoyed to date - but it’s also vastly inferior to Resident Evil 2 as a whole. Instead of presenting Nemesis as a stronger, faster, better Mr. X, the iconic flamethrower-wielding monster is relegated to chase scenes and more than one disappointing bossfight.

The story so far 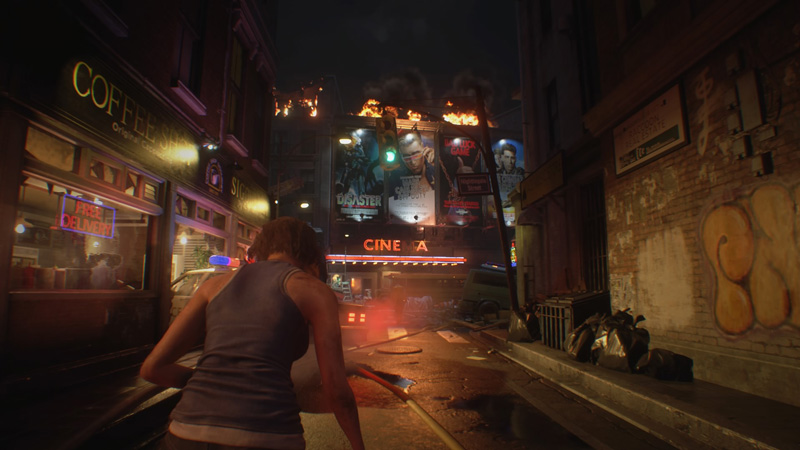 Resident Evil 3 starts out as a prequel to the game before it. Jill Valentine - S.T.A.R. officer and protagonist of the first Resident Evil game, has come out of a traumatic zombie outbreak in Spencer mansion with nothing but nightmares and questions. She knows that the Umbrella Corporation was behind the event somehow - but lacks the knowledge and power to take them down. Now stuck in a city she hates, she finds herself in the middle of yet another zombie outbreak. Poor Jill just can't catch a break.

Most of the city’s occupants have devolved into bloodthirsty monsters, and a massive beast is out to kill her at all costs. This is Nemesis - a hulking, virtually unkillable Tyrant that haunts Jill’s every step in this zombie-infested city. What I’ve described is just the first ten minutes of this game, but it does no justice to Resident Evil 3’s opening segment. It completely blows away the opening of Resident Evil 2 and kicks off Jill’s terrible, no good, very bad day with aplomb. 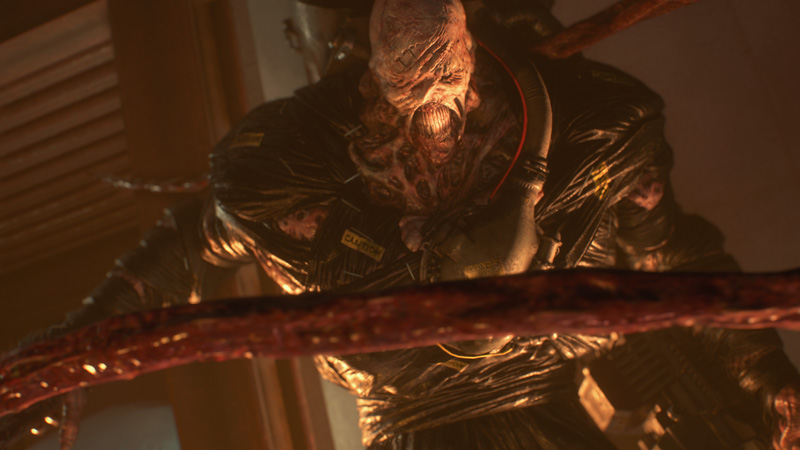 Afterwards, you’re introduced to the story’s key players - the most important of which are several members of the Umbrella Biohazard Countermeasure Service, including the one and only Carlos Oliveira. Carlos and Jill’s relationship in this game provides some of its best moments, blossoming from a place of distrust (after all, why would Jill ever trust an Umbrella-hired mercenary?) to something else entirely in a very natural way.

Jill’s biting one-liners and general frustration with Umbrella’s shenanigans lead to more than a few memorable moments, and I was honestly surprised by how much I ended up liking Carlos as well. The rest of the story is really nothing to shout about, however. It’s really thin, and mostly comprises three locations with a bunch of action sequences sprinkled in between them. I noticed a lot of lip sync issues as well, even in big story cutscenes. It’s a small issue, but it might take you out of the already-average story at points.

Action-packed to a fault 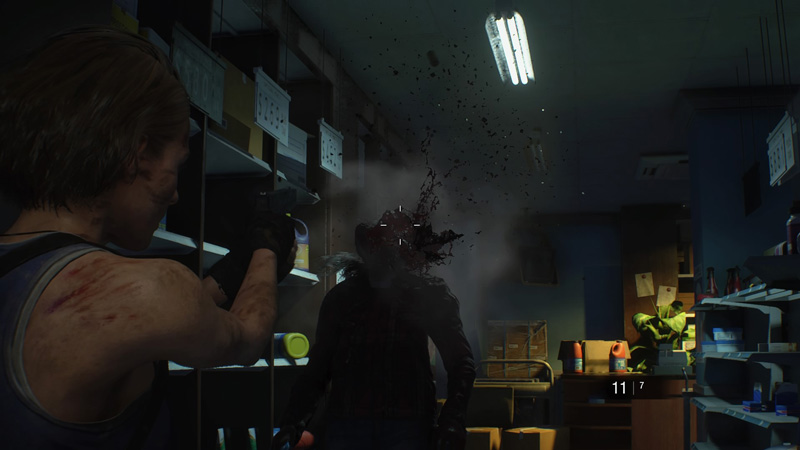 Resident Evil 3 almost feels like Capcom looked at Resident Evil 6 and said, “You know what? Let’s give that action game thing a shot again. We’ll get it right this time!”

While this game blows Resident Evil 6 away with ease, it does have an Uncharted-like frantic quality that actively works against it throughout. That being said, it’s only because the original was meant to be an action game as well, so this might not bother older fans so much.

There are moments in Resident Evil 3 that feel amazing to play through. The first part of the game takes you through a breathtaking realisation of post-apocalypse Raccoon City, for example. These open-ended areas adopt the best parts of the Resident Evil formula, and fully deliver on what I wanted this game to be: a deeper dive into the world its predecessor built. I loved picking up notes and absorbing the lore and world-building Capcom wrote into this game. I loved exploring Raccoon City, and all the locations that came thereafter. When the game actually gave me the choice of going at my own pace, seeing the sights and taking the occasional knee - I adored it. 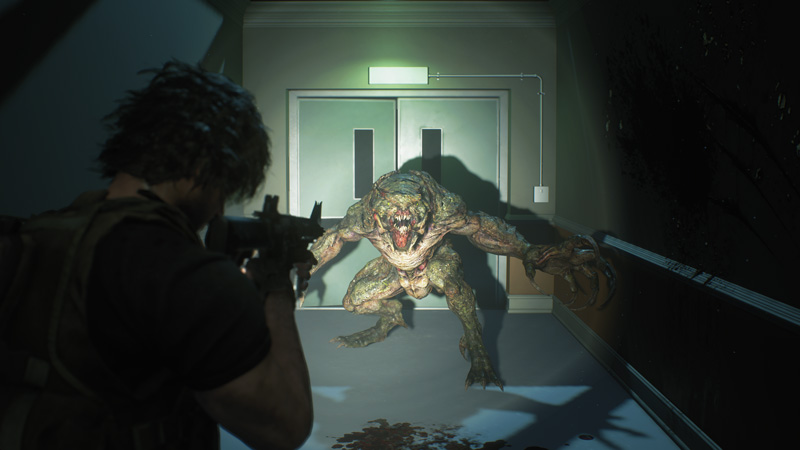 It’s the rest of the game that’s problematic. Jill and Carlos are forced into one action setpiece after another - which take turns being either a Nemesis chase scene or a Nemesis bossfight. It feels incredibly linear, and claustrophobically so. Chase scenes rarely require anything more from the player than tilting the left stick forward, making them feel like glorified quicktime events. Bossfights (though there was one in particular that I loved) lean on being too easy, and absurdly cheesy.

On the whole, this game is much less ambitious than its predecessor. Where Resident Evil 2 Remake delivered some of the franchise’s most terrifying moments, this one just fails to reach those heights. Unfortunately, most of these issues are very much by design. It’s meant to be more action-oriented than its predecessor, which ironically makes it easier and unexciting. I finished my first playthrough with a whole bunch of unused healing items and around 30 shotgun shells, which says a lot about this game’s difficulty.

Write a Review
Compare This | Specifications
New enemy types are great
Exploring Raccoon City feels amazing
Visually spectacular
Characters are brought to life well, especially Jill and Carlos
Slightly builds upon the lore of the original in interesting ways
The Resident Evil formula doesn't necessarily work well in an action-oriented format
Story is lacklustre
Game is far too short for its price point
Nemesis is underused
Multiplayer mode doesn't make up for the lacking campaign
Feels very unambitious
Weaker than its predecessor
Our articles may contain affiliate links. If you buy through these links, we may earn a small commission.
Sponsored Links