Review: Predator: Hunting Grounds is a hot mess, but it's great for nostalgia

Introduction, and how gameplay goes for humans and Predators alike 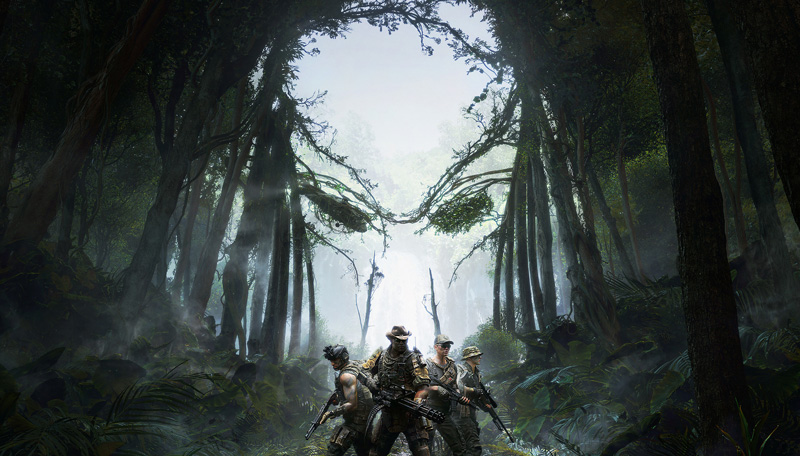 Get to da console!

The Predator franchise has spawned an innumerable amount of comicbooks, videogames and movies despite very little of them actually being any good - or even financially successful. The fact the franchise continues to keep chugging along however, is testament to how much that first movie nailed its portrayal of the iconic alien hunter.

Predator: Hunting Grounds takes advantage of the Yautja’s cult following, throwing players into an asymmetrical multiplayer experience where a team of four hapless soldiers have to fend off a jungle full of enemies - along with a skull-collecting alien hiding in the branches above them. While Hunting Grounds comes pretty close to the schlocky B-movie fun of the 1987 movie, it’s also rife with technical issues and off-kilter balancing problems. 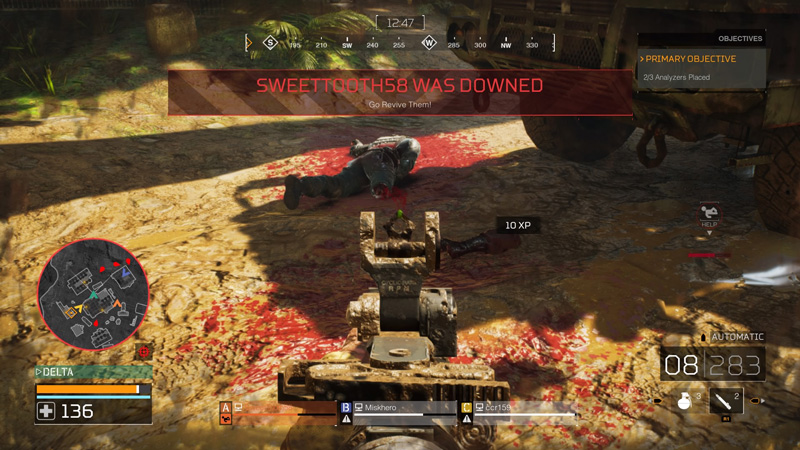 Predator: Hunting Grounds does well in taking Predator (1987) and milking it for fun moment-to-moment gameplay - though its execution is a little inconsistent. Players can choose to be either one of four soldiers in a Fireteam, or the Predator that hunts them in an open environment. The Fireteam goes into a map with a specifically non-Predator-related set of objectives - such as taking down a drug lord, searching for artifacts or scrubbing data from a computer.

Though these missions seem quite different at first glance, every game you play as a member of the Fireteam will usually play out the exact same way. You head to a marked objective, hold a button to complete a task, fight off A.I. enemies and then move on to the next place. You do this over and over again, and once you complete your mission, you’ll be given the all-clear to - as Dutch so famously says - get to the chopper. 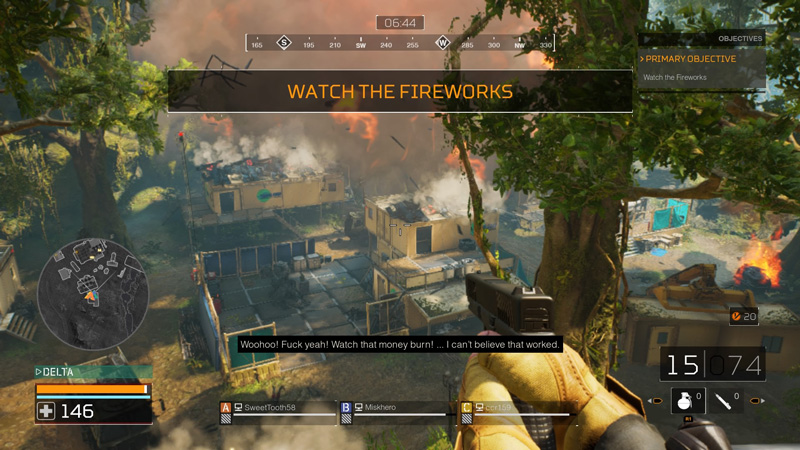 All of these objectives, while incredibly repetitive, serve their purpose: to turn you into sitting ducks for the Predator, patiently waiting for an opportunity to strike. Playing as the Fireteam is clearly the weaker choice in Hunting Grounds. It would be one thing if you were actually playing as fleshed-out characters from the franchise, but this game puzzlingly forces you to play as incredibly generic soldiers who constantly spout forced one-liners from the films.

Enemy A.I. presents absolutely zero challenge, and gunplay is nothing like what you’ll experience in games like Call of Duty or Battlefield, but it’s serviceable. As you play through the game, you'll find yourself doing the same things again and again - all of which just boil down to filler while you wait for the Predator to show up again. The most fun here actually comes from that delicious sense of anticipation, as you tick off your list of objectives while waiting to hear that unmistakable chittering come from the treeline. 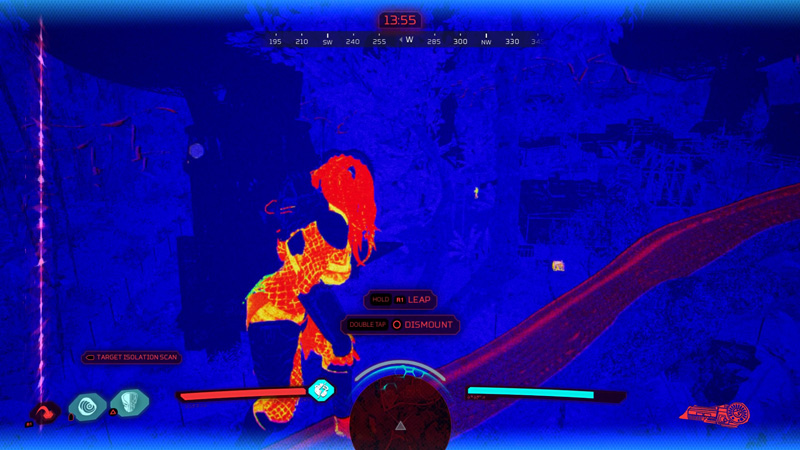 If you’re not playing as part of the Fireteam, you’re playing as the Predator. The Yautja comes fully equipped with all the various weapons and gadgetry seen in multiple other movies - not just the shoulder cannon and wristblades, but the shuriken, netgun and razor-sharp disc as well. You don’t get access to all of the Predator’s arsenal at first, however. The really good stuff is saved for after you’ve levelled up and gained experience in the Hunting Grounds.

The Predator starts off on the opposite side of the map from the Fireteam. You’ll have very little to go on at first, since there are no floating names in the distance to alert you to your prey’s location. You’ll have to keep an alien ear out for distant gunfire, and switch to thermal vision (which feels great to use) to seek them out. 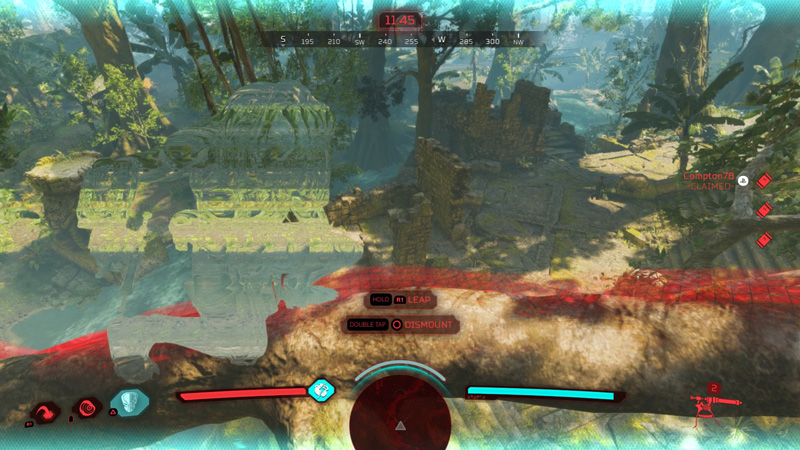 Fortunately, moving around the jungle is a whole lot more fun for the Predator - making use of what the game winkingly calls ‘Predkour’. This mechanic allows the Predator to run up giant trees, and hop from one branch to another as they hone in on their prey. You can get around the jungle really quickly this way, which is a relief considering how far away the Fireteam can often be.

Once you spot them, it’s killing time. You can fire off a couple shots from the treeline, but it’s only a matter of time before you’re spotted and dealt with - even if you’re invisible. The Predator annoyingly lets out a chittering noise wherever it goes, while making heavy thumping footsteps to boot. It’s impossible to not be noticed by the enemy, so the solution here is to play aggressively.

Write a Review
Compare This | Specifications
Decent amount of cosmetic options
Levelling up is speedy, and you progress and unlock things at a good rate
Great for nostalgia
Horrifically imbalanced weaponry (such as the knife)
Terrible framerate drops and game freezes
Horrible anti-aliasing
Generic mission objectives
Way too few maps
Matchmaking times are awful for the Predator
Human A.I. is really bad
Our articles may contain affiliate links. If you buy through these links, we may earn a small commission.
Sponsored Links