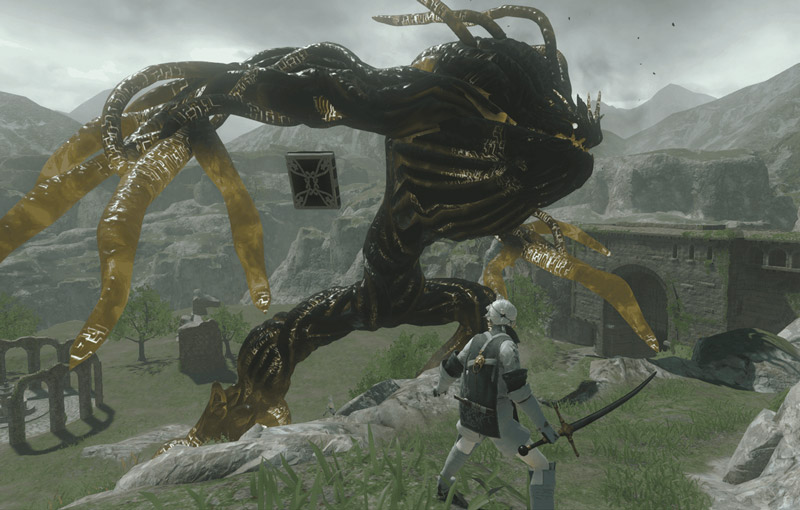 Bringing back an 11-year-old game with style.

Square Enix’s remaster of the 2010 game Nier is called Nier Replicant ver1.22474487139…, referring to the fact that the game’s creators see this game as something in between a remaster and a remake. You see, Nier Replicant touches up its visuals for a more seamless transition between it and its newer sequel Nier Automata. Categorically, that would make it a remaster. On the other hand, the game’s combat has been redone and lots of new story content have been added, including an entirely new ending sequence. Thus, it’s less of a remaster and more of a… version update?

We actually asked Nier Replicant’s development director Saki Ito how he would define the game, and here’s what he had to say:

I would say, maybe something like a restored classic car. A nostalgic, beautifully polished frame. The ride is exactly as you remember it. But in reality, it’s a car that has been customised to be driven comfortably on modern roads by modern drivers, a car that recreates ‘beautified nostalgic memories’. This game is based on the data from the PS3 version of NieR Replicant, and has been upgraded so that the core of the game remains the same or even better, while replacing or adding parts that now seem old-fashioned. 11 years have passed since the original game was released, but we believe that today’s users will be able to experience the same, or even better, excitement that they did back then.

Okay, so Nier Replicant is neither a remaster nor a remake, but a car. Well, I’ve taken this car for a spin and as a fan of Nier Automata who hadn't touched the rest of its surrounding franchise, I have to say, I’m really impressed with how it purrs today. 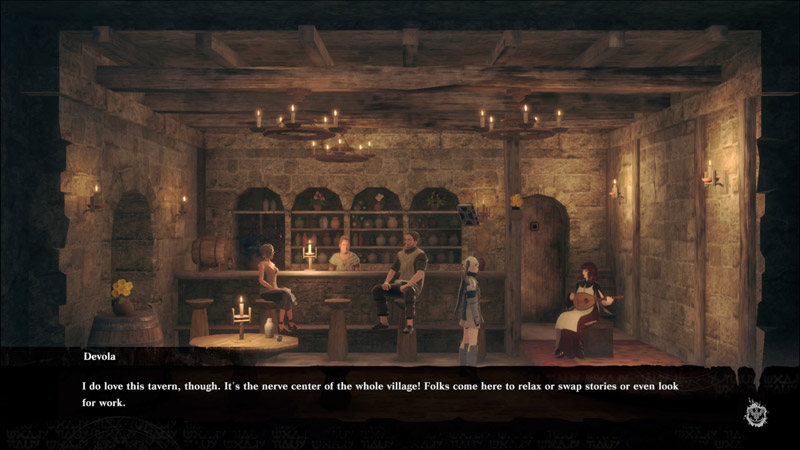 As if things weren’t complicated enough, you should know that 2010’s Nier came in two versions, titled Nier Gestalt and Nier Replicant respectively. Both followed the same story beats in the same settings, but they had different protagonists. In Gestalt, you played as the father of a young girl thrust into danger. In Replicant, you play as her protective older brother. This is a remaster of Nier Replicant, so you’ll be playing as a boy instead of the older man fans fondly refer to as ‘Papa Nier’. Square Enix’s executive producer Yosuke Saito told us that this decision was made because, “there were less people that played Nier Replicant, so we decided to go the way that we did.”

This means that if you remember playing Nier back on the PlayStation 3 as Papa Nier, you’re about to experience the game a little differently in Replicant. I had no experience with either version of Nier however, so I never felt like I was cheated out of an adventure with Papa Nier. The relationship between Nier (the main character and older brother) and his sister Yonah drives the early humdrum hours of the game. In fact, the biggest criticism I have to levy against this game are its astonishingly slow-moving first few hours, wherein you’re introduced to this post-apocalyptic world and its characters at a glacial pace.

When Yonah comes down with a sickness known as the Black Scrawl, Nier has to search through a broken world to find her a cure. This mission provides Nier’s first half the emotional heart it desperately needs, because the story otherwise unfolds lethargically. You’re sent off on errands to various dungeons to kill monsters and bring something back for the nearby townsfolk, but Yonah remains bedridden for most of this, so the game doesn’t even try to flesh out their relationship much as they’re separated for hours at a time. Fortunately, the story starts picking up when you’re introduced to a couple of other characters, such as the magical flying book Grimoire Weiss, or the mysterious white-haired girl Kaine, who tackily only ever wears lingerie. 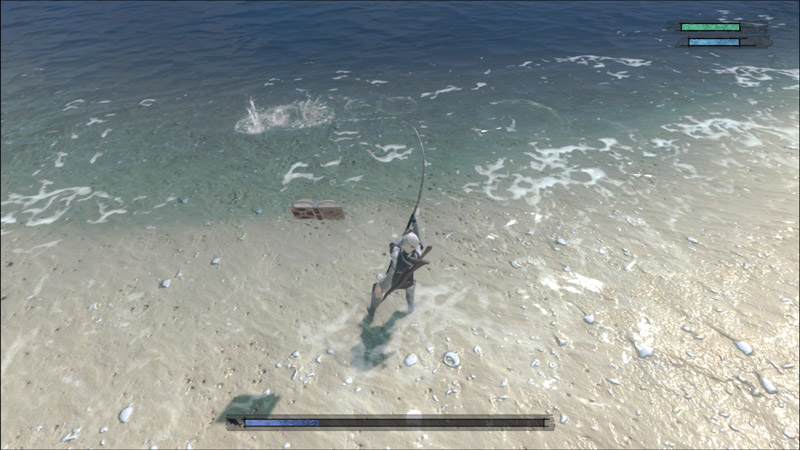 Nier Replicant is a game you have to stick with. It’s like one of those TV shows that doesn’t quite get good until you’re a season or two in. The melancholy, Breath of the Wild-like atmosphere of exploring a barren world has its charms, but the story offers nothing compelling for players to really sink their teeth into until a good chunk of it is over. That’s because the game is undoubtedly character-driven, but takes its sweet time getting to the heart of these characters. Grimoire Weiss is the exception as he’s your constant companion from the beginning, and you eventually get used to his grumpy whinging. Kaine is another exception. Though she carries plenty of emotional baggage you'll eventually dig into, her first few appearances as a foul-mouthed, hot-tempered badass fighter were enough to cement her as my favourite character - even if the game never justifies her half-nakedness in any way better than Metal Gear Solid V's Quiet and her (incredibly stupid) photosynthesis.

However, the raw themes and emotions the game explores via characters like Kaine and Emil still resonate today, and you eventually get that from almost every member of the main cast. It takes time, but they all grow on you, and after that? They might just never leave you. The second half of the game started to wear me down gameplay-wise as it involved Nier backtracking through environments I’d already explored previously, but these characters pulled me through to the end. The music deserves special mention for driving home this game’s atmosphere with aplomb, too. If you thought Keiichi Okabe had peaked with Nier Automata’s incredible soundtrack, you need to play this. 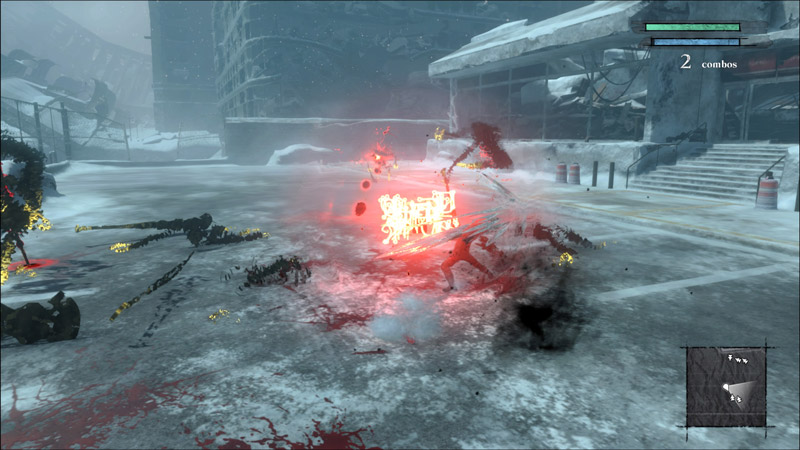 Nier Replicant is a hack-and-slash third-person RPG. If you’re bouncing from Nier Automata straight to this, you’re going to experience a fairly seamless transition as they’re quite similar in gameplay. Replicant’s combat has been touched up by the developers, allowing players to mix and match Nier’s swordfighting with the arsenal of magic that Grimoire Weiss provides. This sassy talking book floats around following Nier, and unleashes a breadth of magical attacks ranging from giant fists that give enemies a good walloping to spears that act like ranged missiles when needed.

Saki Ito told us the gameplay was touched up to bring the game closer to Nier Automata:

The reason for these changes is that Nier Automata was a great game that lets you enjoy a fast, free, and three-dimensional style of action. We thought it was essential that this game, which is part of the same series, had the same kind of feel. In order to create a sense of immersion in the heartbreaking story that is one of the most appealing aspects of NieR, we created a combat system that allows you to synchronise with the main character, so that you feel as if you are naturally using the sword and magic.

The extra work put into remaking these combat systems definitely shines through. Even before you unlock all the extra magical spells and upgrades available later in the game, fighting against monsters as Nier feels fluid and responsive, especially at 60fps (we played the PlayStation 4 version on the PlayStation 5). You can bind different spells to different triggers, which means you could be rapidly tapping the attack buttons to execute sword combos while holding down the magic button to have Grimoire Weiss spray bullets at other enemies for crowd control. It’s not Nier Automata-levels of greatness, but it feels damn good for a remaster of a 2010 game.

In addition to all that, enemies also drop crafting material that you use to upgrade your weapons, of which there are many to find throughout the game. Enemies also drop ‘words’, which can be applied to your weapons and magic spells to buff up their stats. Both of these systems definitely felt a little underdeveloped, though. There was no clear way to find out which crafting materials dropped where, so I ended up upgrading very little throughout the game without feeling underpowered. It’s a little tedious to cycle through these outdated menus to figure out which words should be applied to which weapons, so I always just let the game decide where those words should go for me. It’s no dealbreaker, but I came away feeling like more could’ve been done with these two RPG elements. 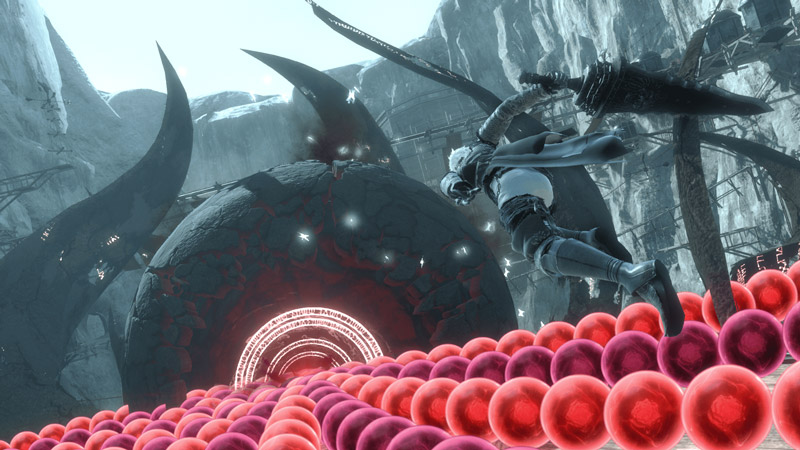 The worst bit of gameplay comes down to the enemy types. They're a lot like fighting the Molded in Resident Evil 7 here, in that they all kind of look the same and attack in predictable patterns. They’re goopy black creatures that look like monsters, move like animals and you’ll be fighting them enough times to get sick of them halfway through the game. Other enemies, like the robots that would later pop up in Nier Automata, do show up but fighting them only feels fun and exciting because of the fluid combat and not because they pose any significant challenge. Some of the bosses shake things up both visually and mechanically, but a lot of them boil down to targeting the same weak spots repeatedly to take them out, which doesn’t feel very fun to execute.

The last thing I want to touch on are the dungeons. When you’re not fighting enemies in the open-world or talking to villagers in small towns, you’re probably spending most of your time crawling through dungeons. The first few dungeons are standard JRPG fare - lots of corridors filled with enemies, and tons of items to collect. After that though, each dungeon starts throwing something new at the player to keep things interesting. One dungeon has an on-rails shooting section. Another is a mini Diablo-like top-down dungeon. One of my favourites was just a text-based adventure, where you just end up clicking through lines of dialogue. 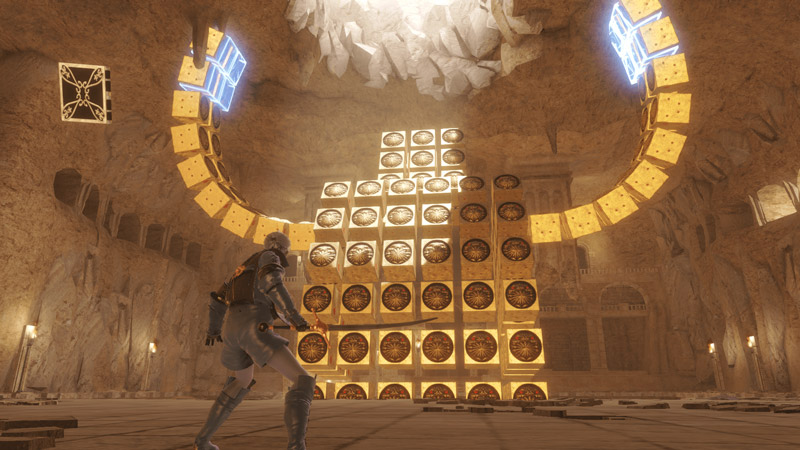 If you adored Nier Automata, I’d be hard-pressed to not recommend Nier Replicant. Though it remains the lesser of these two games, its storytelling still possesses the same level of earnest poignancy that made the sequel such a hit years later. The central cast of characters take time to fall into place, but their story arcs go in meaningful directions you’ll never see coming. Couple that with a unique post-apocalyptic setting that teems with life and the sweet, sweet tunes of Keiichi Okabe, and you’ve got a winner.

However, it’s also easy to see why Nier Replicant was considered the ugly duckling of this series for so long. Its side quests are many and equally terrible, largely boiling down to fetch quests that grant rewards you could easily ignore. The story takes an almost unforgivable amount of time to actually ‘get good’, and then has you backtrack through the same levels again just when things are getting interesting. Enemy design is uninspired, and certain parts of the game - such as Grimoire Weiss’ casual misogyny and a tactless trophy for Kaine - could’ve been done away with altogether.

You have to take the good with the bad, and Nier Replicant has much more good that outweighs the bad. I love games with heartfelt stories like these, and I appreciate Replicant’s ability to break out of the mold and do something fun with its dungeons. The game also has a ton of endings to unlock similar to Nier Automata, including a brand-new one specific to this remaster, so fans of the franchise might want to check it out for that reason alone.

Write a Review
Compare This | Specifications
Great visuals
Great characters
Good enough combat
Soothing atmosphere
Story takes way too long to get going
Some parts of the game definitely feel outdated
Enemy variety is pretty bad
Lots of backtracking
Our articles may contain affiliate links. If you buy through these links, we may earn a small commission.