Review: Minecraft Dungeons is a solid, but simple gateway into Diablo-like games 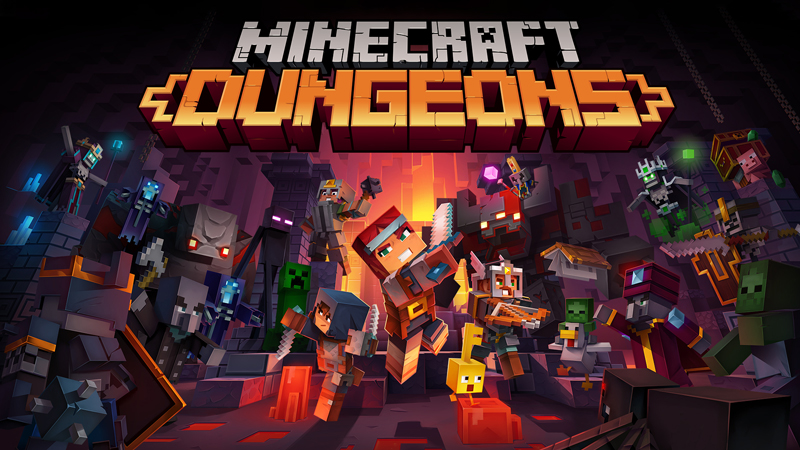 Setting aside Minecraft: Story Mode, Minecraft Dungeons is the franchise’s first foray into an all-new genre of gameplay: dungeon crawling. In beautifully rendered environments, players will have to hack and slash their way through mobs of familiar enemies, fight bosses, pick up loot drops and suffer through the game’s banal attempt at a story.

Minecraft Dungeons isn’t a bad game - it’s just a simple one. It stands on the shoulders of much better titles in the genre such as Diablo and Path of Exile, and doesn’t bring much originality to the table in comparison. It is a great deal simpler than these games however, serving as little more than a ‘baby’s first action-RPG’. If you’re new to the genre, or looking for a casual game to play with the kids - this is actually a surprisingly great option.

Behold, the Orb of Dominance 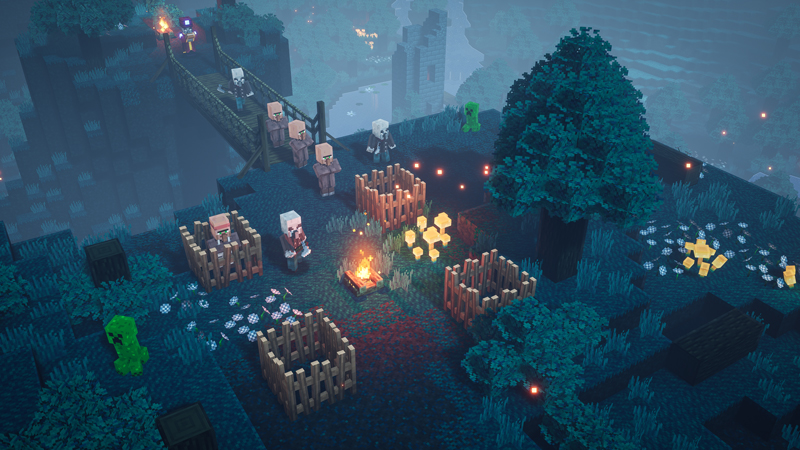 Minecraft Dungeons’ simplicity is especially evident in its story. The events of the game kick off when we meet the Arch-Illager - a homeless Illager shunned by society, who comes upon a mystical artifact: the Orb of Dominance. The Orb corrupts the Illager, giving him enough power to exact his revenge on those who once ignored him, and the rest of the world for good measure.

As far as the story goes, it has as much depth as the average Saturday morning cartoon - entertaining enough, in a forgettable kind of way. I imagine it’ll appeal to kids more than adults, but most will want to skip past these plot-heavy moments to get to actual gameplay anyway. If nothing else, it creates a good enough reason for you to fight through endless mobs of your favourite Minecraft monsters.

You’re going to have to wait for good loot drops 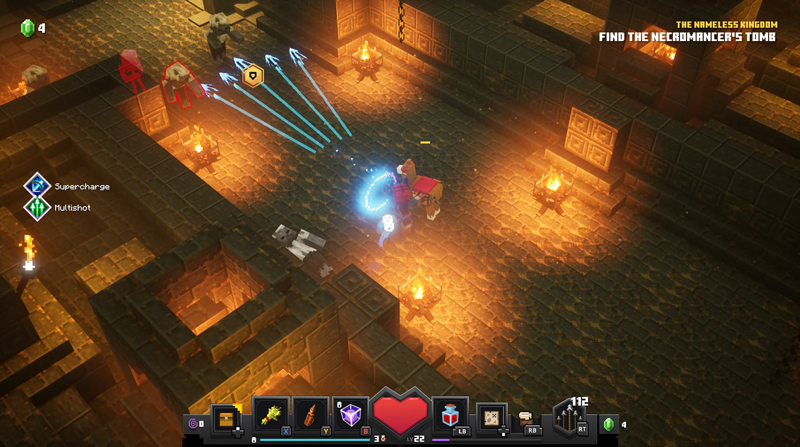 Instead of picking specific character classes and abilities, Minecraft Dungeons allows you to build your characters in any way you choose by making use of various loot drops. For example, you could build a melee-focused character using swords and defensive armour. Enchantment points are given to you as you level up, and they can be used to upgrade weapons you might have grown attached to. There’s enough variety to make you reconsider dropping a weapon entirely when something else with better stats comes your way.

Minecraft Dungeons’ Artifacts can really make or break your character builds. These nifty items can be picked up as loot drops, and function as special abilities for your character. For example, you could pick up a pair of boots that grant you a movement buff, or a fishing pole that pulls in distant enemies for a final blow. Others are decidedly more satisfying to use: huge area of effect attacks to counter overwhelming numbers, or passive healing.

If you’re like me, you’ll find a couple artifacts worth building around. Passive healing means that you might worry less about wading through enemies with a simple sword, and area of effect attacks make it easier to smash through them. It’s pretty fun creating character builds in this game, but it seems like a rather watered-down system. Other issues in combat also bring the fun factor down a notch.