Review: The Last of Us Part 2 is a worthy successor to Naughty Dog's masterpiece

Gameplay is pretty dang good too 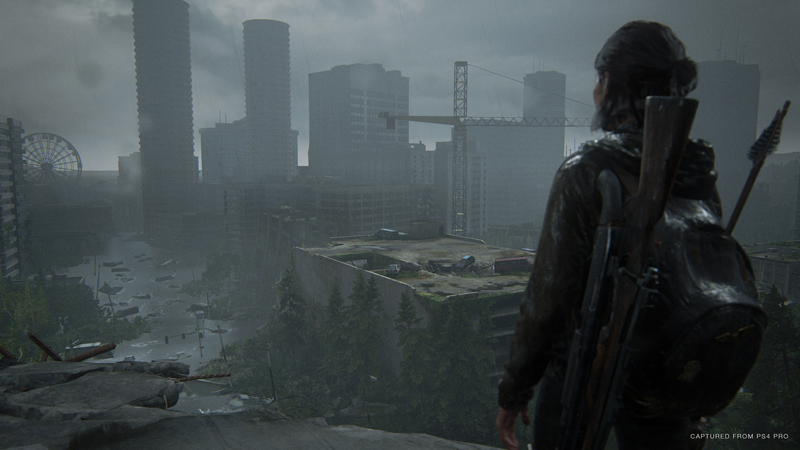 All this history makes Seattle an absolutely fascinating place to explore. Every environment you explore is eye-poppingly gorgeous. The earth has continued to reclaim its land undisturbed, which means that almost every area Ellie visits is covered by large swathes of foliage. Enemy factions have taken over various parts of the city, and Ellie will unfortunately stumble upon many of them during her travels - whether it’s gun-toting militia in a coffee house or hood-wearing cultists in a park at night.

In typical Naughty Dog fashion, environmental storytelling is heavy everywhere you go, making exploration a much more enticing affair. Levels are huge and sprawling compared to the first game’s tendency towards linearity, with massive open-world environments peppered throughout the game. These areas are extremely well-designed, and encourage you to wander off the beaten path - even if it’s just to follow a chain of letters between a husband and his sick wife. As you might imagine, that story doesn’t end well for either of them. 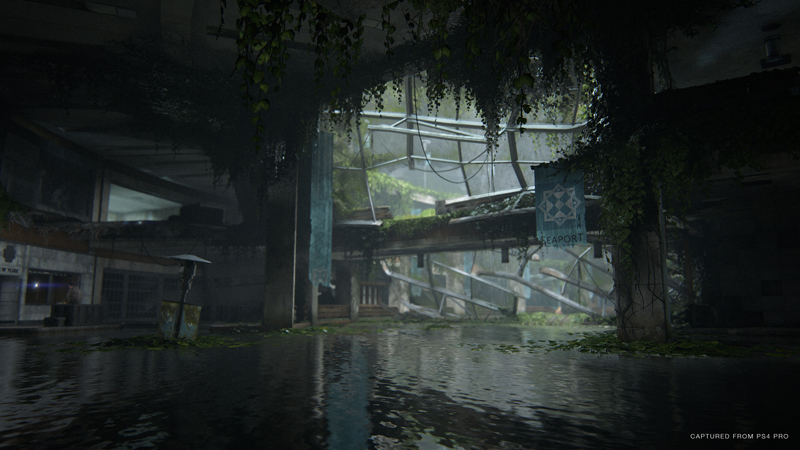 These are the bits I loved the most. This world is so rich and full of history at every corner, and I would constantly walk into ramshackle cabins or streets littered with bodies and wonder, “What happened here?” The developers have done a fantastic job of fleshing out each environment, almost always including little notes and letters that add to their lore.

Exploration in the previous game always felt like breathing room in between the story’s most tense moments, but it’s a lot more complicated here. A Runner might be hiding behind any door you open, and enemy patrols might stumble upon your scavenging activities. These events are clearly scripted, but they keep you on your toes as you move around the game world. You never know what’s lurking around the next corner, after all. 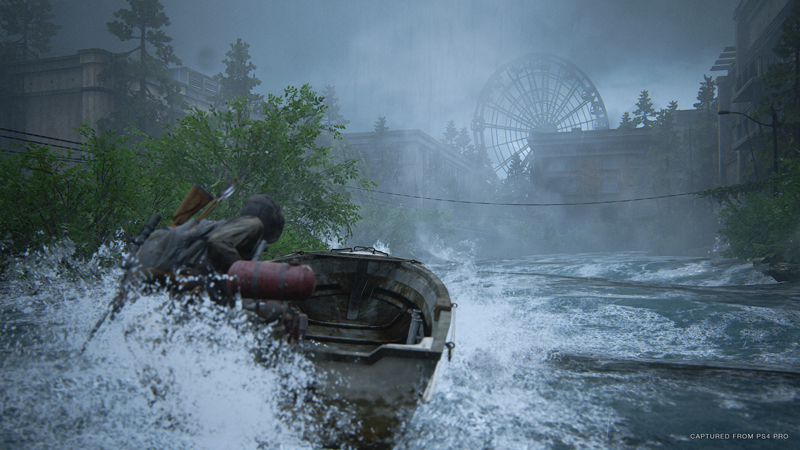 As a playable character, Ellie is a clear upgrade from Joel - with a nimbleness that allows her to navigate environments in entirely different ways. For example, she can go prone and crawl under vehicles, or squeeze through cracked walls and fallen bookshelves.

Other small additions help diversify gameplay, allowing you to maneuvre through environments in many different ways. Almost every sheet of glass you find in the game can be shattered to pieces, which means that Ellie can break windows and glass shelves. Ropes are carried over from Uncharted 4, but players will now have to aim them at specific objects to solve puzzles. Exploration in the previous game boiled down to unlocking a hundred different doors with shivs - but those days are long gone.

All of these new mechanics translate to some very, very interesting combat scenarios. Enemy-filled levels can now be stealthed through in what seems like a hundred different ways, with Naughty Dog giving players a level of agency they never had before. I'll say this: I ended up replaying multiple parts of the game not for the story, but to re-do combat sections in different ways. It's so much fun!

As if Clickers weren't bad enough... 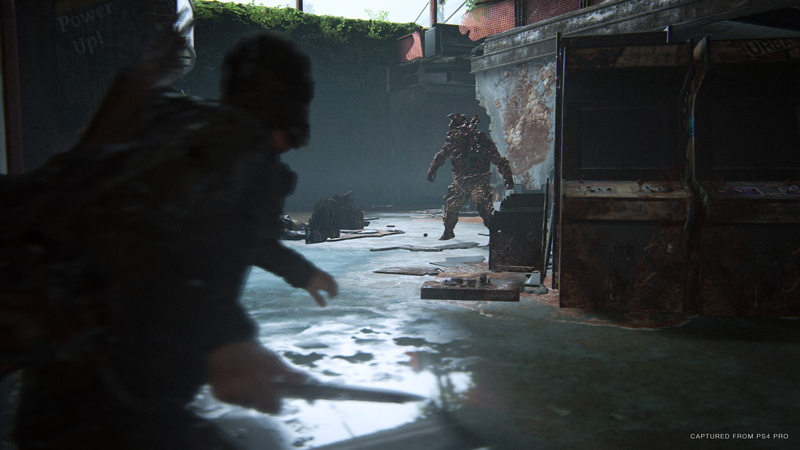 Enemy AI has been given quite the upgrade as well, posing a challenge that only ramps up as you make your way through the story. Human enemies can be almost annoyingly alert on higher difficulties, noticing you in a matter of seconds if you wander out into the open. They call out your position to others, bark orders to flank you and bum-rush you when you’re out of bullets. It can be really intense, but the new Dodge button helps out with those close melee encounters.

Infected such as Runners and Clickers remain as dangerous as they’ve always been, but this sequel sees the introduction of multiple new enemy types - such as the Shambler. The Shambler essentially functions as a minituarised Bloater, spraying clouds of corrosive acid at you if you get too close, and tanking more bullets than you might have to spare. 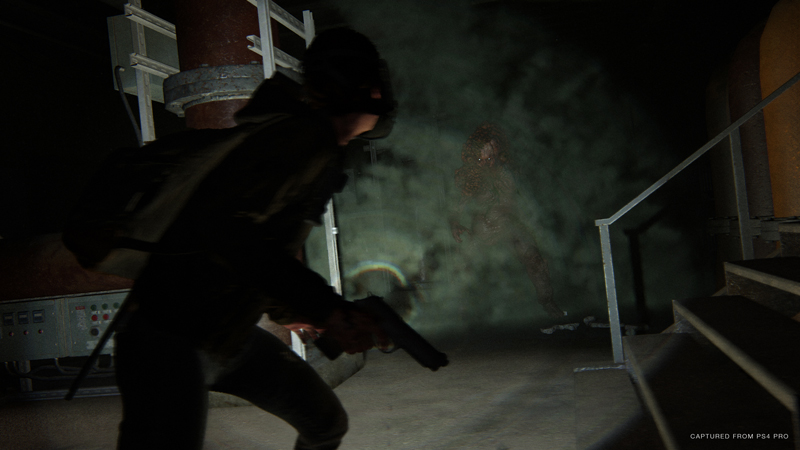 Weapons feel even better than the previous game, and the crafting system has undergone a huge upgrade to accommodate that. Scavenging parts allows you to physically change how your weapons look, and add to their strength in combat. Where Joel only had six skills in total to unlock using pills, Ellie has multiple rows of upgrades which offer new crafting options and upgrades to gunplay - and much more.

This is categorically the biggest and longest game Naughty Dog has ever made. To keep things fresh, it constantly throws new things at you at an often-breathless pace. Every time I felt like the game had outdone itself with a certain level, it just outdid itself again. A part of me is still in disbelief at what they’ve accomplished here.

The most accessible PlayStation game yet? 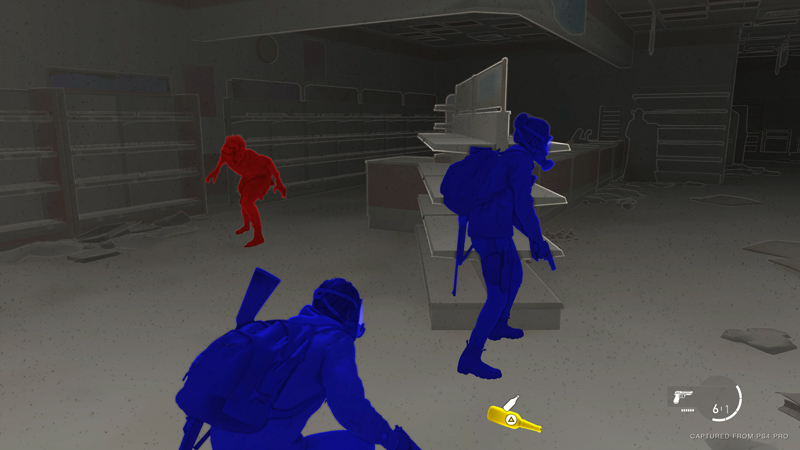 Perhaps the most impressive thing about The Last of Us Part 2 is its diverse list of accessibility options. The long list of options are almost overwhelming at first, because Naughty Dog has specifically included settings for players of all abilities - focusing on fine-motor skills, low vision and impaired hearing. Theoretically, you could play through the entire game with your eyes closed, which goes to show how far development has gone on these settings.

For example, difficulty options don’t just range from easy to hard anymore. Players can now finetune how much damage Ellie takes, along with the behaviour of enemy AI, how involved her companions are in combat, how stealth works and the availability of resources in the game world. The options go this deep on every aspect of gameplay - be it HUD colour or text-to-speech options. I’ve never seen anything like it. It’s truly industry-leading stuff.

A lot of effort has clearly gone into sound design as well. While it was raining, I stepped under a satellite dish and could hear the realistic pitter-patter of rainwater on the dish above me. Outstanding foley work is noticeable in equally small moments, such as Ellie wiping dust off a guitar and plucking at its strings. On the topic of audio, those who loved the first game’s music won’t be disappointed. Mac Quayle’s intense combat music will have you gripping the controller a little too tightly, reminiscent of his great work on Mr. Robot. Gustavo Santaolalla’s sombre score is beautiful as always, bringing depth to the story’s softer moments. 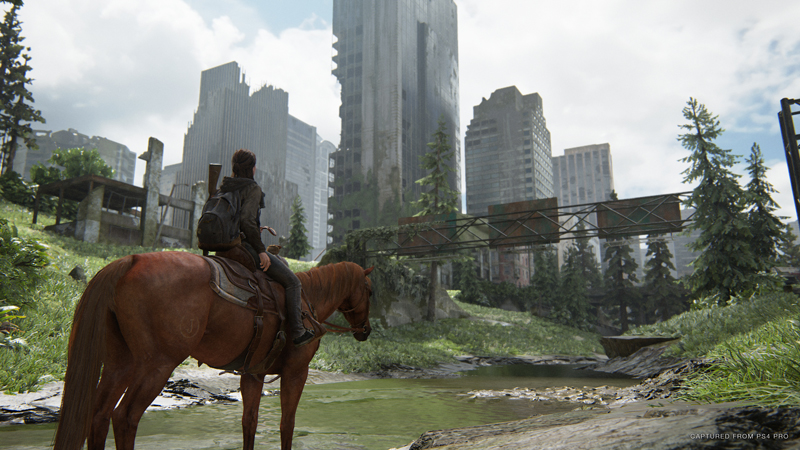 Yes, The Last of Us Part 2 is worth playing. Much like the first one, it’s a game I think everyone should play - if they can stomach its subject matter. Its core gameplay loop of fighting enemies, exploring a fallen world and going through story beats is downright addictive, and as close to perfect as gameplay can get. Visually, it’s spectacular - running laps around every other PlayStation game with ease.

As a continuation to Ellie and Joel’s journey, it’s also the only way forward that makes sense. Inconsistent pacing and fairly predictable story beats might marr the experience, but everything still flows cinematically - a roughly 30-hour playable movie dripping with drama. One that will keep you hooked from beginning to end. One that challenges the thin grey line of morality - and where we thought Joel and Ellie stood on it.

One that might even challenge where you stand on it.

Write a Review
Compare This | Specifications
Great writing, memorable characters
Fantastic visual detail
Breathtaking in size and scope
Horror moments work incredibly well
Incredibly strong cast
Weapons and upgrades feel great, and enemy AI is suitably challenging on higher difficulties
Fantastic exploration and wide-open environments
Eye-popping amount of accessibility options
Will be controversial among fans
Certain open-ended segments could have been more spread out throughout the game
Story pacing is inconsistent
Our articles may contain affiliate links. If you buy through these links, we may earn a small commission.
Sponsored Links