Review: The Last of Us Part 2 is a worthy successor to Naughty Dog's masterpiece

How does this story measure up to the first game? 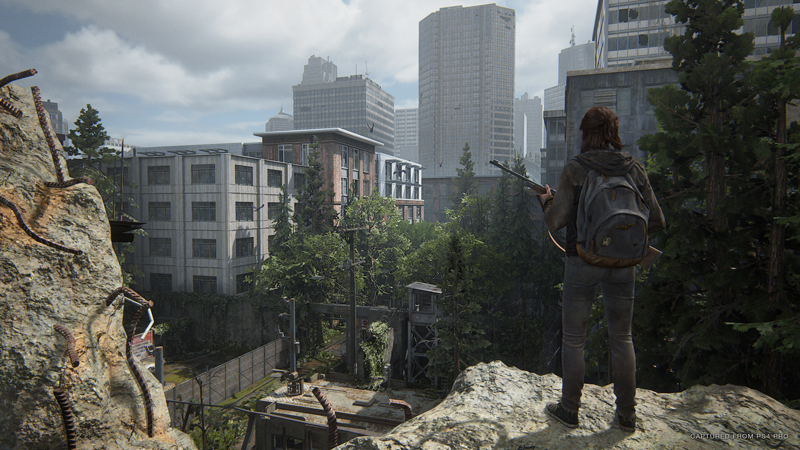 Seven years ago, Naughty Dog released a game about a roadtrip in the zombie apocalypse. Set against the backdrop of a fallen America that never recovered from Outbreak Day, a smuggler and a young girl immune to infection embarked on a cross-country journey to save the world. The Last of Us was about the lengths people would go to for love. In The Last of Us Part 2, Naughty Dog explores how far they would go for revenge.

On almost every level, this game is a massive improvement upon its predecessor. While The Last of Us painted a rich portrait of this broken, zombie-infested world, its sequel fleshes things out with a greater degree of nuance and detail. Gameplay and exploration feel familiar, but polished to a sheen. As always, Naughty Dog presents us with a colourful array of memorable characters - though the journeys they take are bound to spark no small amount of controversy.

Before I go on - The Last of Us is one of my favourite games of all time, and it would pain me to spoil its continuation for anyone else. This review will contain no story spoilers for The Last of Us Part 2 - but I will go into detail while describing its many mechanical features. Let’s dig in. 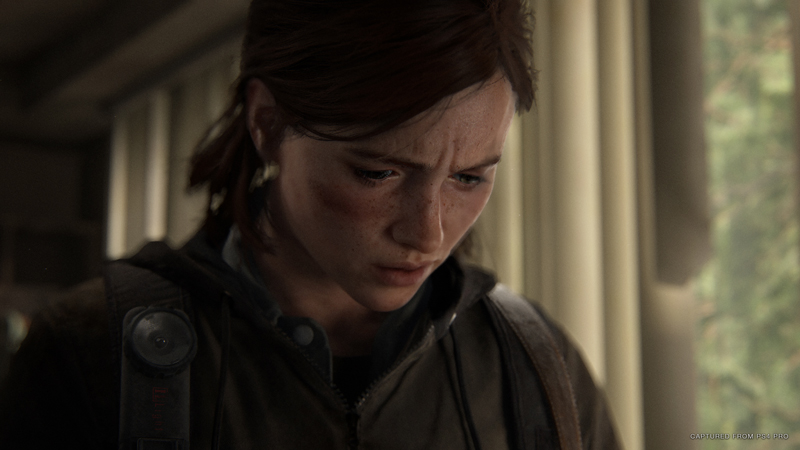 Let’s rewind the clock a little to the events of The Last of Us. After a long and tumultuous journey, Joel and Ellie found themselves at a hospital filled with Fireflies - the end of the road. These people could produce a cure for the widespread infection that had plagued the world for so long. The only catch? They’d have to kill Ellie to do it. Joel didn’t hesitate - he saved Ellie’s life by ending dozens more in that hospital, and escaped safely with her.

After lying to Ellie about these events, the duo settled down in a town called Jackson, run by Joel’s brother Tommy and his wife Maria. Fast-forward five years, and The Last of Us Part 2 begins. Jackson is now an established community full of life, and has been for years. Ellie has grown up and found friends, having built a new and full life in this town.

But nothing lasts forever. After a horrifically violent event sends Ellie spiralling and those in charge are reluctant to give her justice, she decides to make her own. On a quest for revenge, she sets out into the sprawling city of Seattle - a broken place where several warring factions struggle for power, and the Infected roam free. 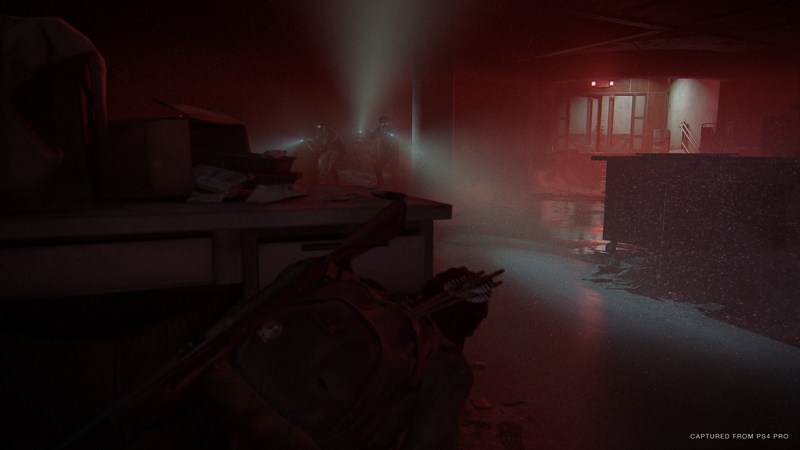 Tonally, The Last of Us Part 2 is worlds away from the first game - constantly filled with a deep sense of dread that only swells as Ellie inches closer to her destination. While the first game at least allowed for small moments of levity as Ellie and Joel got to know each other, this game mostly has her in a state of unbridled hate.

The people who accompany her on this journey have been close to her for years. You’ll meet several characters shown off in previous trailers - such as Ellie’s love interest, Dina and Jesse, one of their shared friends. While we don’t get to see the bonds between them slowly form like in the first game, Naughty Dog does a great job of making their relationships feel as lived in as possible. It's a joy to explore areas with them in tow, and learn about their lives as they make small talk. 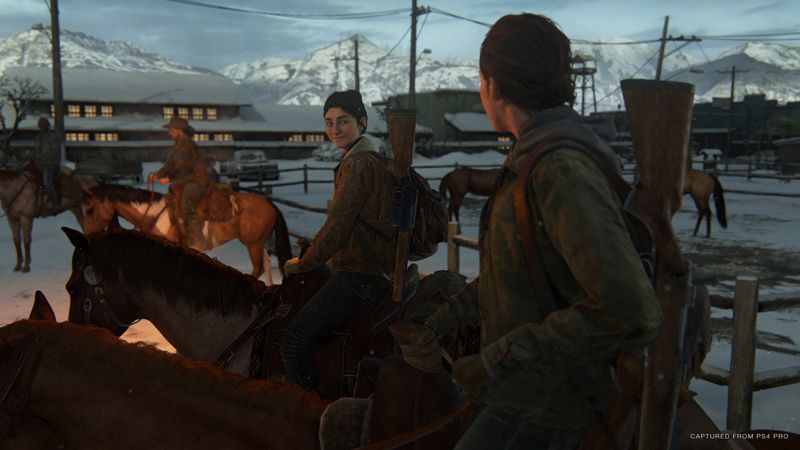 Jesse and Dina constantly reference their messy romantic history together. Ellie references a night at the bonfire, while serenading Dina to the guitar-strummed tunes of A-ha’s Take On Me. Joel and Ellie go to a pretty special place for the latter's birthday. Jesse talks about his mother, and how supportive she's always been of him. These character-building sequences are exactly what Naughty Dog games excel at - making us fall in love with these characters during the smallest, most fleeting moments in their lives.

Make no mistake, however - The Last of Us Part 2 is still a vicious game. Tonally, it resembles a twisted revenge thriller - forcing players to get uncomfortably close to Ellie’s barbaric murder-spree across Seattle. She does desperate things to survive, and even worse to pursue her misguided sense of justice. As someone who adored the first game through and through, even I had to take sanity breaks every once in a while - because this isn’t the fluffiest game to spend your weekend playing.

How does the story stack up against the first game? 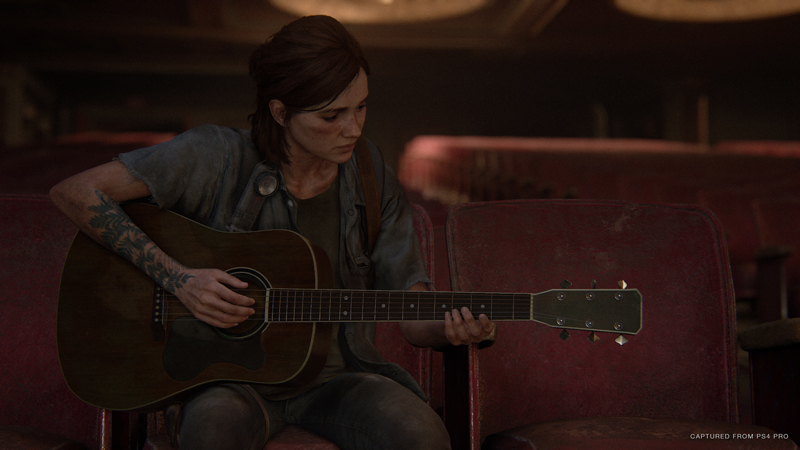 As a sequel to one of the most beloved games of all time, it’s admirable to see just how far writers Neil Druckmann and Halley Gross were willing to go in its writing. The story is almost The Last Jedi-esque, with a brazen confidence to take familiar characters in extremely unexpected directions - directions that longtime fans might not necessarily like.

Since finishing The Last of Us Part 2, almost all my time has been spent puzzling over its story, and how it serves as a continuation to the 2013 game. I have issues with the way it’s paced - the story seems to haphazardly slow down at parts, and then drag on elsewhere - but strong gameplay pulled me through those moments with ease. The ending will likely be discussed with a lot more vitriol than the first game’s, but I personally loved it.

It would have been so easy to pump this game full of fanservice. Most of us would have settled for more of Joel and Ellie adventuring together, but that’s exactly what this game is avoiding: more of the same. In musical terms, Part 2 almost feels like a beat switch halfway through a song. Both games are radically different in theme and tone, but manage to compliment each other in a really satisfying way. 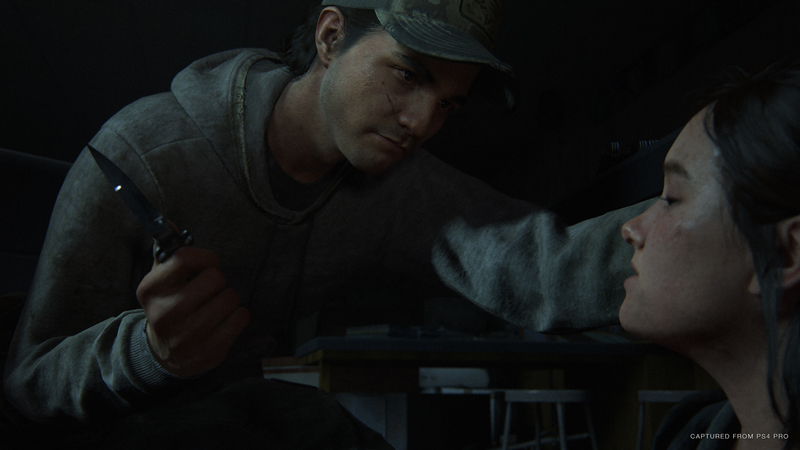 Naughty Dog’s unbelievable tech only further enhances this story. Cutscenes ooze with cinematic realism, straight out of a movie - and that applies to character models as well. The studio’s updated engine clearly boasts even fancier motion capture tech, resulting in facial expressions that are head and shoulders above their previous game, Uncharted 4.

This wow factor isn’t just present in story cutscenes. During gameplay, you can see enemies' faces physically contort with grief after finding fallen friends, or in pain when attacked. Once in a while, when all but one enemy was wiped out, they would fall to their knees and goad me forward, whereupon Ellie would slaughter them with a brutal finishing blow. The level of detail really shines in these small moments - when you’re forced to confront the amount of violence you’re visiting upon others. 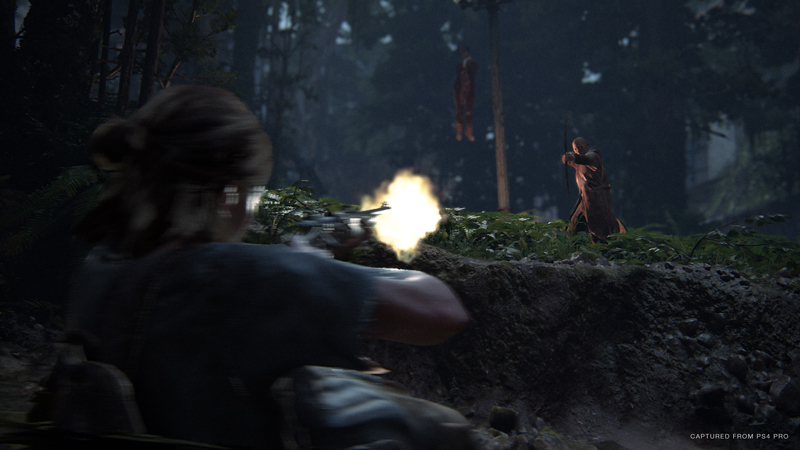 Naughty Dog wants you to feel bad for all the blood left in your wake. They have succeeded, by making every human being’s presence in this game felt. Enemies call out to each other by name during combat - hell, they even do the same to their dogs. The people you kill writhe and scream in pain as they die. They do not go gentle into that good night. And all the while, Ellie believes her violence is not only justified, but necessary - creating a disconnect between her beliefs and hopefully, the player’s.

It almost feels like Naughty Dog is making a statement on violence in videogames. A fairly big turnaround for them, after the Uncharted series had Nathan Drake slaughter armies of people in foreign territory without so much as a whoopsie-daisy.

Finding beauty in a broken world 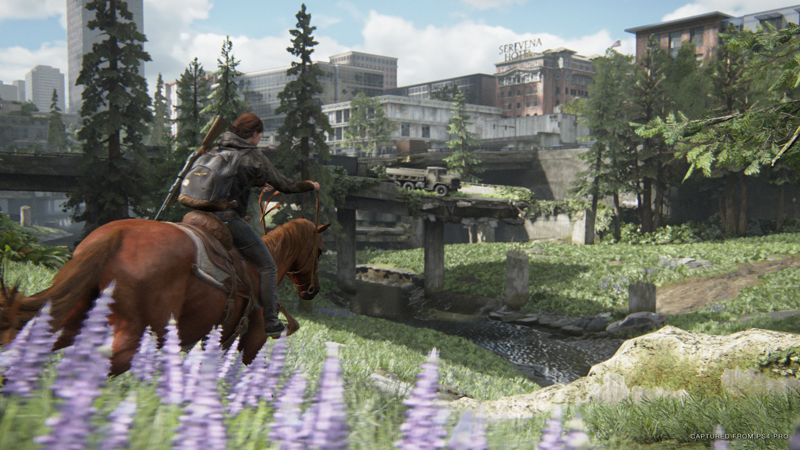 Just as Naughty Dog pushed the limits of the PlayStation 3 with The Last of Us, The Last of Us Part 2 does the same with the PlayStation 4. At the tail end of this console generation, it’s hard to even think of a game that looks as good as this - only God of War (2018) and Final Fantasy 7 Remake come close. It’s not just the game’s graphical beauty that is staggering, but the level of intricate detail weaved into its environments.

One of the first places Ellie visits in-game is the town of Jackson, Wyoming - a small slice of civilisation that has been revived in this long-dead world. Jackson has come a long way since the events of the first game. Electricity is now freely available throughout town, which is immediately clear due to all the warm Christmas-like lights draped over its buildings. Children chase each other around, make snow angels in the ground and build snowmen in the streets.

It's a bustling place filled with life, and packed with people just going about their everyday routines. In contrast, Seattle is a city in a dire state, even by this world’s standards. There, the Federal Disaster Response Agency (a government-ruled militaristic force seen in the first game) has been usurped by a new faction - which in turn, is waging war against another group of cultists. It’s absolute chaos, and you can bet that the Infected aren’t watching from the sidelines either.

Write a Review
Compare This | Specifications
Great writing, memorable characters
Fantastic visual detail
Breathtaking in size and scope
Horror moments work incredibly well
Incredibly strong cast
Weapons and upgrades feel great, and enemy AI is suitably challenging on higher difficulties
Fantastic exploration and wide-open environments
Eye-popping amount of accessibility options
Will be controversial among fans
Certain open-ended segments could have been more spread out throughout the game
Story pacing is inconsistent
Our articles may contain affiliate links. If you buy through these links, we may earn a small commission.
Sponsored Links