Review: Dyson’s Supersonic is a superior hairdryer in every way (including price) 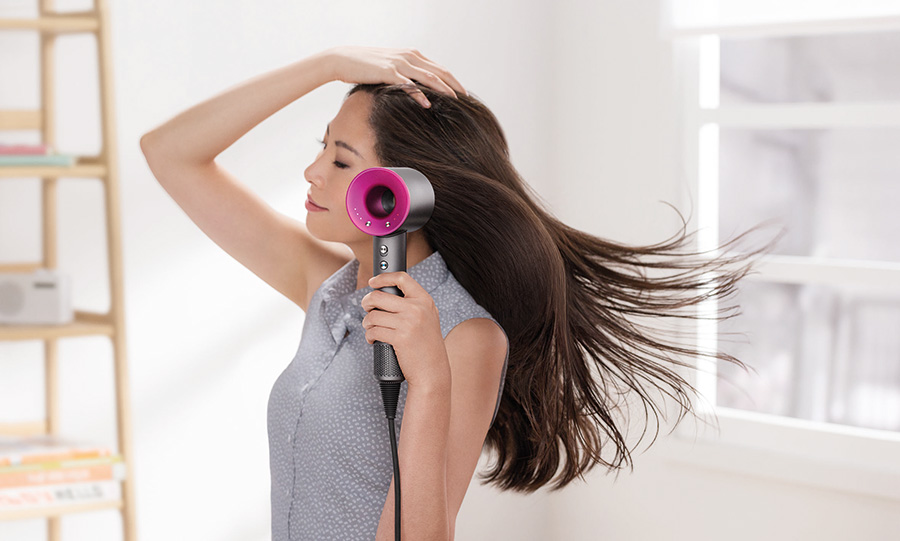 Dyson wants to make a better hairdryer with the Supersonic. Yes, Dyson the company better known for its bag-less vacuum cleaners and blade-less fans.

A hairdryer sounds like the oddest Next New Thing to make; the category hasn’t exactly been calling out for reinvention. But it’s a logical evolution for Dyson when you think about it. After all, the company has built a multi-billion dollar business with its expertise in moving air.

Hairdrying is the most boring thing to do

Now, I hate drying my hair and hairdryers. I find the entire process is slow and tedious. But I’ve been using the Supersonic for the last three weeks, and it’s really something different. The Supersonic sports some real tech.

The Supersonic sports a new V9 digital motor, which is Dyson’s smallest (and is manufactured here in Singapore). The V9’s 13 impeller blades spin at up to 110,000 revolutions per minute, moving 13 liters of air through the diameter of a $1 coin every second. The Supersonic also shares the Air Multiplier technology from Dyson’s blade-less fans, which draws in air from the back of the hairdryer and amplifies it by three times, creating a high-volume, high-velocity jet stream of air. 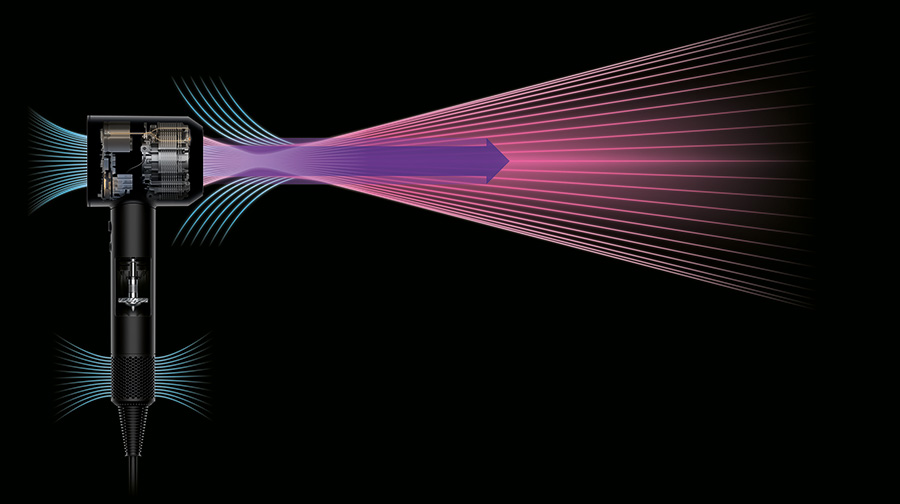 All this tech combines to make you feel some serious air when you use the Supersonic. It blasts air currents that are so strong at full power, I can mess up my wife’s hair while standing a meter away. What’s more fun than that is how the Supersonic solves the four pet peeves I have with hair drying and hairdryers.

First, it’s not slow. The Supersonic dries my hair in record time, making my $70 hairdryer look and feel like a vintage antique. 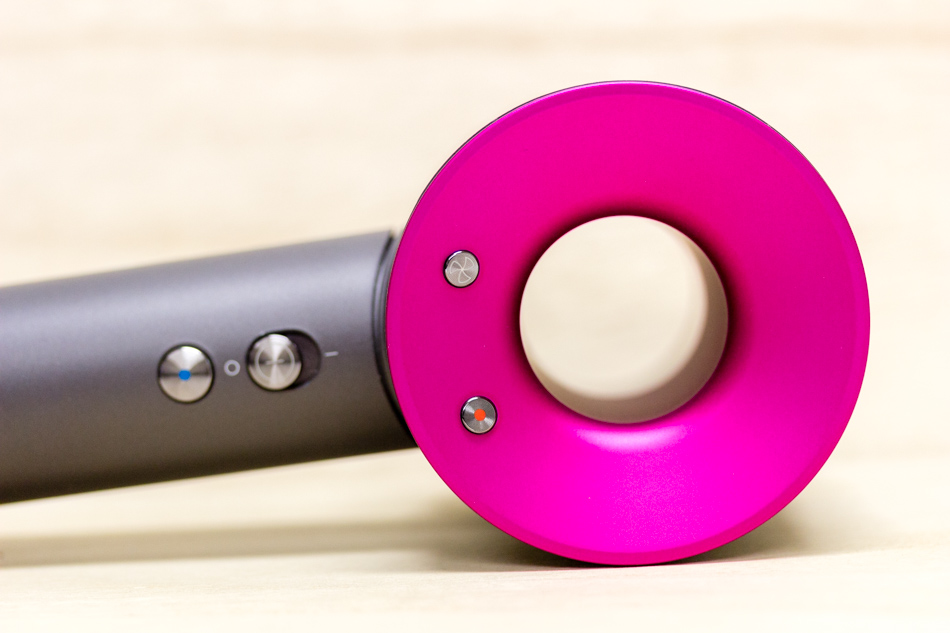 Second, the Supersonic doesn’t scorch my scalp. It has a glass bead thermistor that measures the temperature of exiting air 20 times per second, a microprocessor then uses this data to regulate the temperature so the air never gets too hot.

Third, the Supersonic doesn’t feel like I’m holding an unwieldy pistol. Instead, its form makes me feels like I’m holding a light hammer. The weight is cleverly concentrated in the handle, instead of the top part like most hairdryers, so the center of gravity rests neatly in my grip, making it easy to swing around. 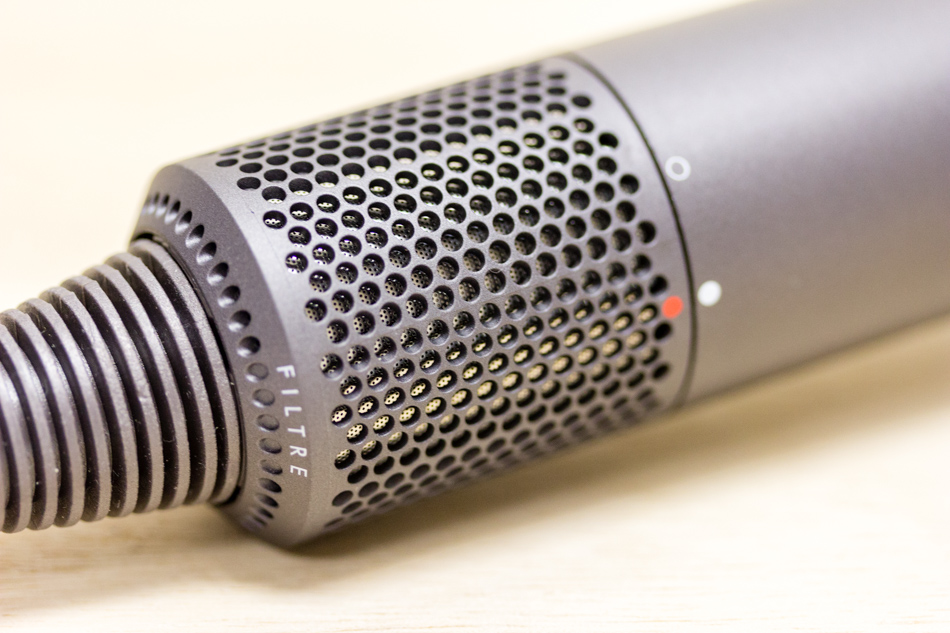 Lastly, the Supersonic doesn’t kill all conversations and wake up everyone in the house. By using 13 impeller blades in the motor instead of the usual 11, the tones it makes are pushed to higher frequencies that humans can’t hear. The Supersonic isn’t whisper quiet, but you can still manage a few sentences over its high-pitched whine.

I’m no hairdryer expert, but the women in my family have been using hairdryers their whole lives, so I made sure they all tried the Supersonic. My mom, my wife and my brother’s girlfriend all agreed it was a better hairdryer, but they also balked when I told them the price. 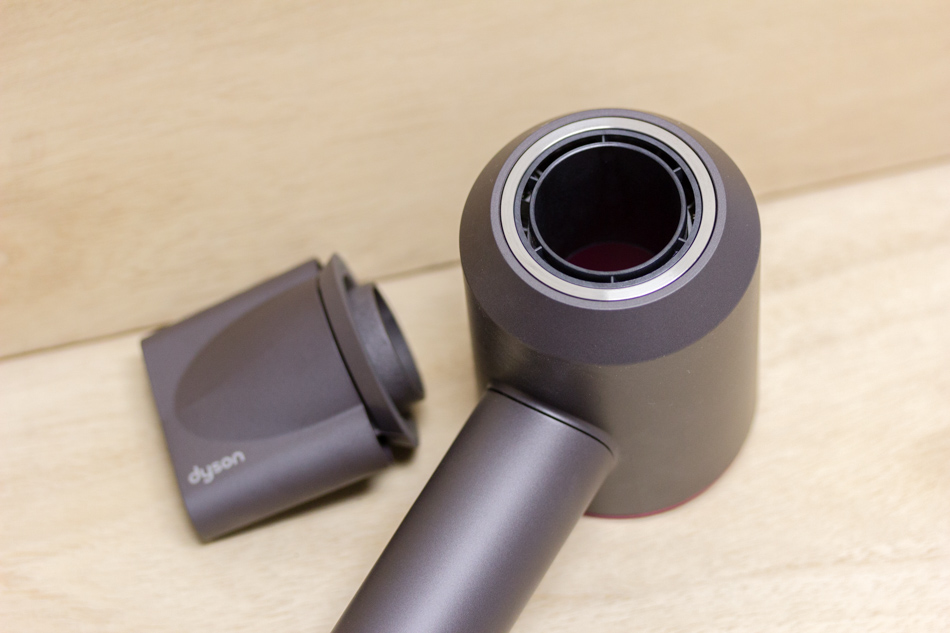 Because you’re worth it?

There’s no question that the Supersonic is a superior hairdryer. But is it worth the substantial price tag?

Well, I can best put it this way: when it comes to unique products like the Supersonic, expensive becomes subjective. If I made twice my salary, I’d probably buy it, because it makes a daily chore more pleasant and done with in less time. But unfortunately, I don’t make double my salary, so I won’t be buying one.