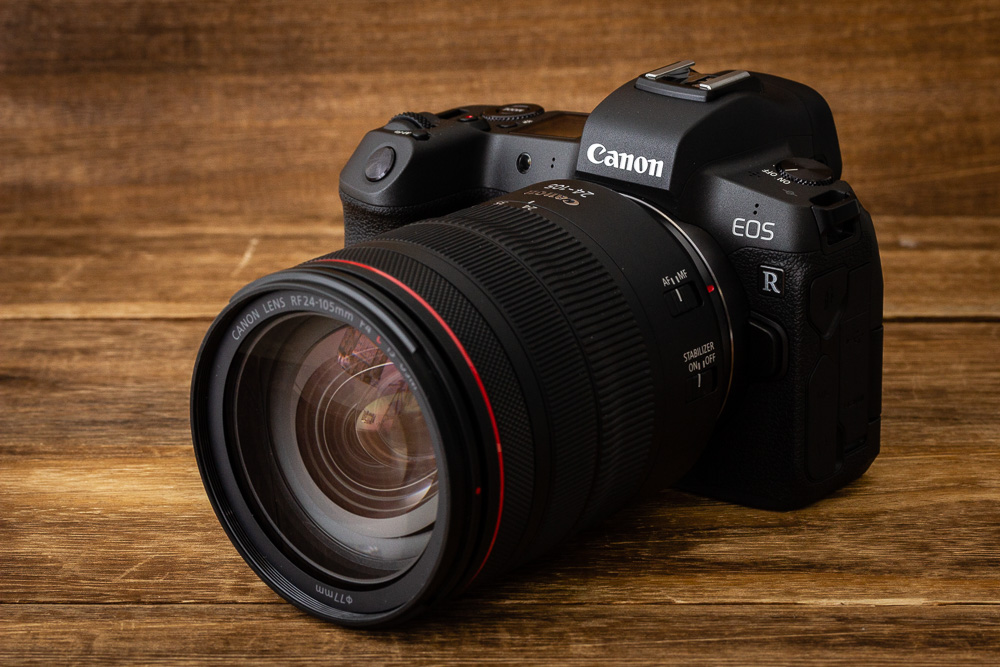 After years of waiting for Canon to release their full-frame mirrorless camera, the EOS R was announced to much angst. It wasn’t the camera that people were expecting.

While the EOS R carries the same 30.3MP full-frame sensor as the 5D Mark IV, it also shoots 4K video with a 1.8x crop. It features Canon’s proprietary Dual Pixel AF system, which can focus down to an impressive -6EV (with a f/1.2 lens). But it also lacks in-body image stabilization (IBIS).

The lack of IBIS wouldn’t have been so bad — Fujifilm shooters can commiserate — if not for the fact that Nikon’s inaugural full-frame mirrorless cameras, announced in the same time frame, do come with 5-axis IBIS. Canon’s executives were candid about the EOS R’s limitations: they just couldn’t find a way to include in-body image stabilization (IBIS) and full-frame 4K video.

Yoshiyuki Mizoguchi, a group executive from the Imaging Communications Business, also said that the EOS R was made for the ‘high amateurs.’ I’ve mulled over that phrase as I used this camera. Because everything about the EOS R makes sense if you think of it as an advanced EOS M. 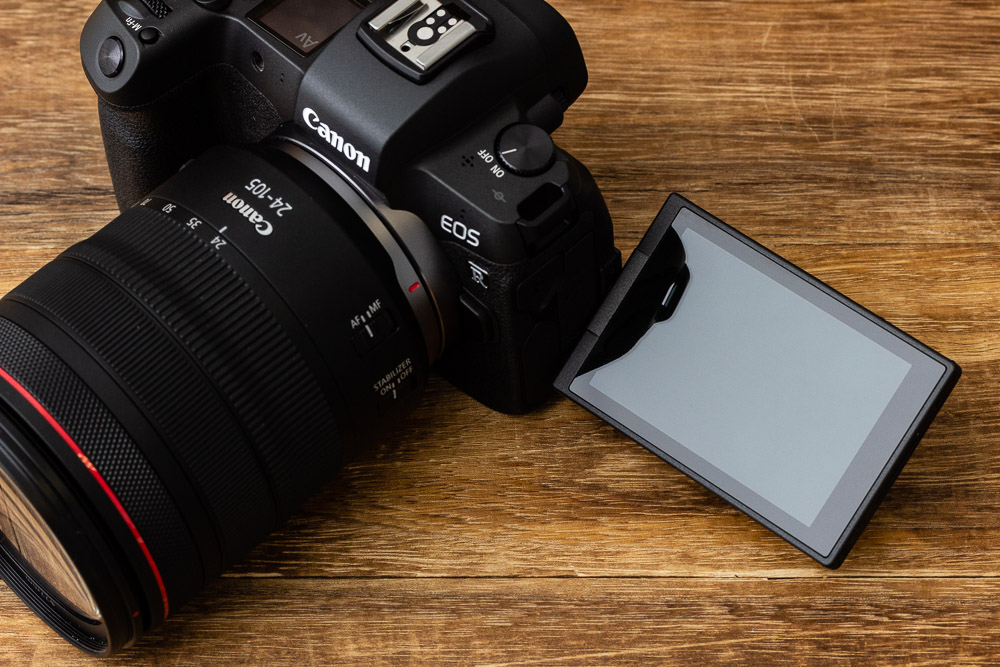 Nearly everything works better if you use the EOS R like a consumer camera  — like Canon’s EOS M mirrorless series. That means shooting from the monitor, tapping on settings on the monitor, and touching the monitor to set focus.

If you try to use the EOS R like a pro DSLR with the electronic viewfinder (EVF), it unravels. There’s no AF joystick to change focus points. The quick control dial to scroll through settings is gone. There isn’t even a Mode dial, the EOS R has a Mode button. 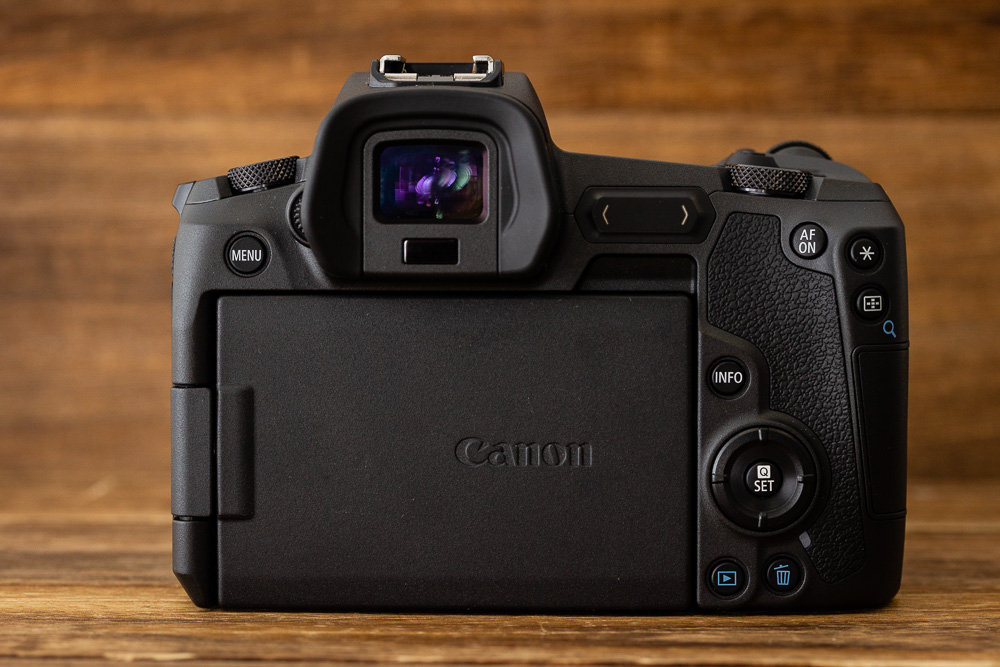 The Mode button is a clear clue about how the EOS R wasn’t designed for professional use. Pressing it takes you to a mode selection screen, which takes over the entire view, even when you’re using the electronic viewfinder. Photographers hate taking their eyes off the scene to fidget with settings, and this essential command deletes the scene from your eyes. 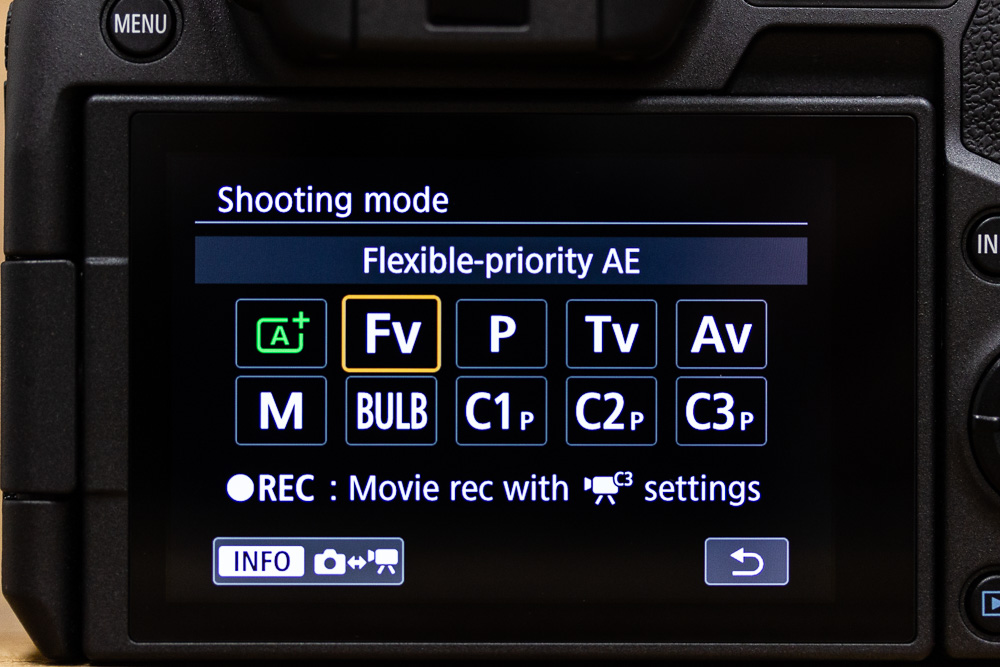 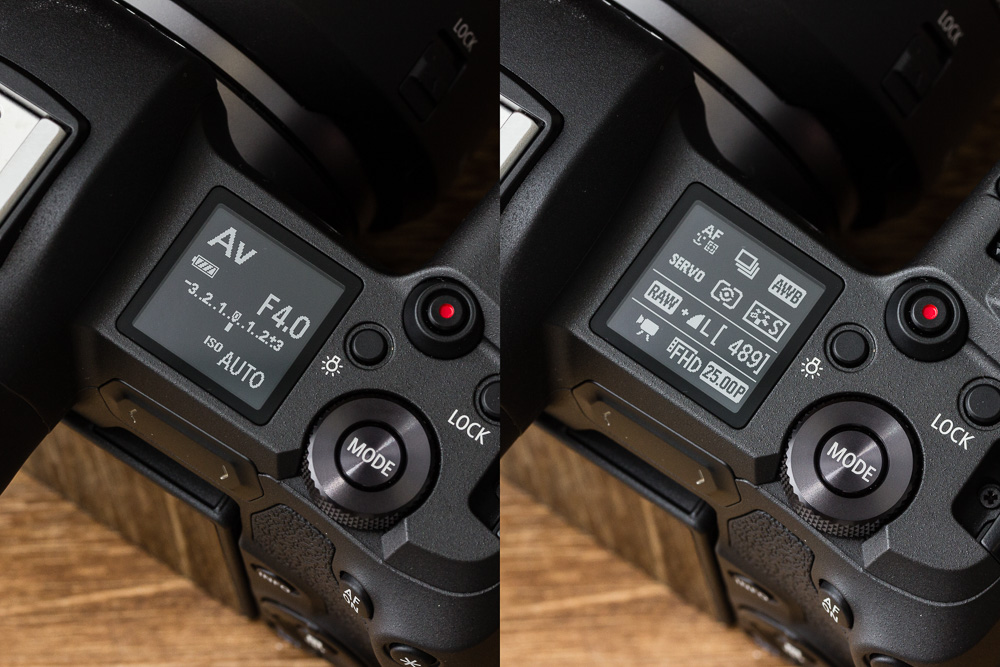 It’s not that Canon doesn’t try. The EOS R makes up for the lack of an AF joystick, for example, by letting you use the monitor like a touchpad when shooting with the electronic viewfinder (EVF). But my nose always triggers the screen and inadvertently shoves the AF point.

Use the monitor to shoot, however, and everything works again. But it would be a pity if you only use the monitor because the EVF is brilliant. I was shooting in a dark room and the bright EVF was showing me details I couldn‘t possibly see with an optical viewfinder. 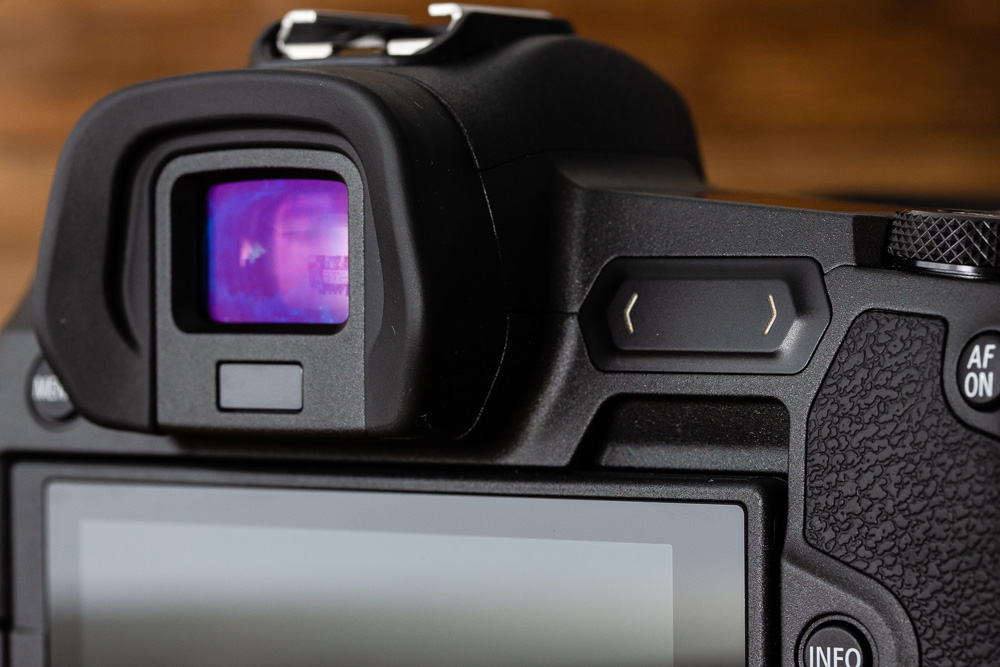 The M-Fn pad is a new idea that feels underdeveloped. The touch-sensitive stripe is next to the EVF and can be customized with some commands. But the commands are limited, and some aren’t available in certain modes. A control ring on the RF lenses is also new for Canon, but not a new idea. Customizations are also limited, and I never found a good use for it. 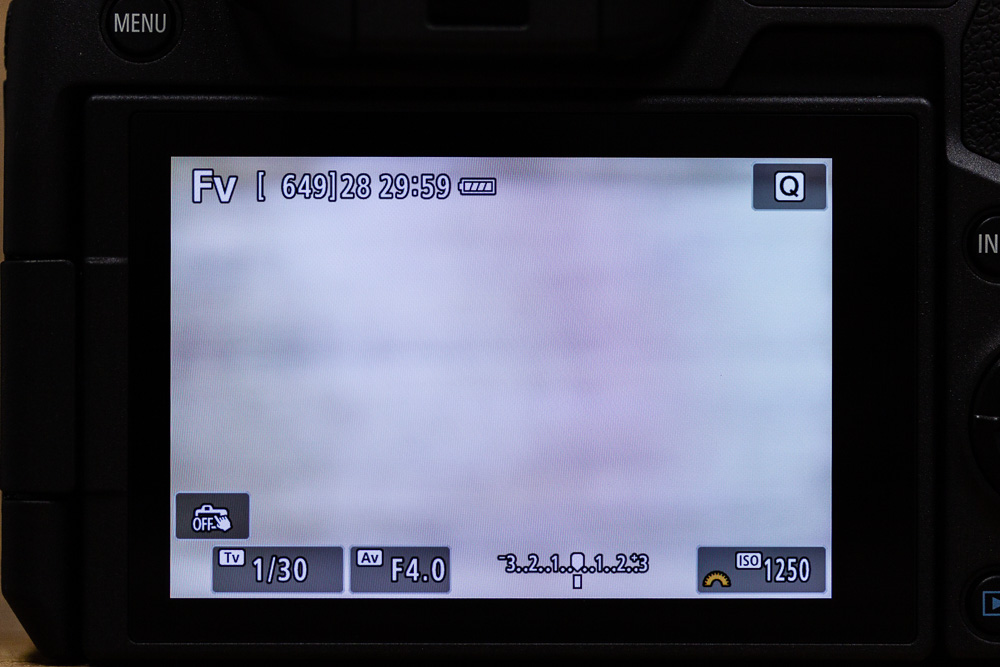 Once again, however, Flexible-Priority AE mode works best when shooting with the monitor. Turning the Quick Control dial to select a control takes too much time. It’s easier simply to tap the setting on the screen and tune it in with the Main dial.