Call of Duty: Modern Warfare (PS4) Review: You get to draw your own lines

It's not pulling any punches 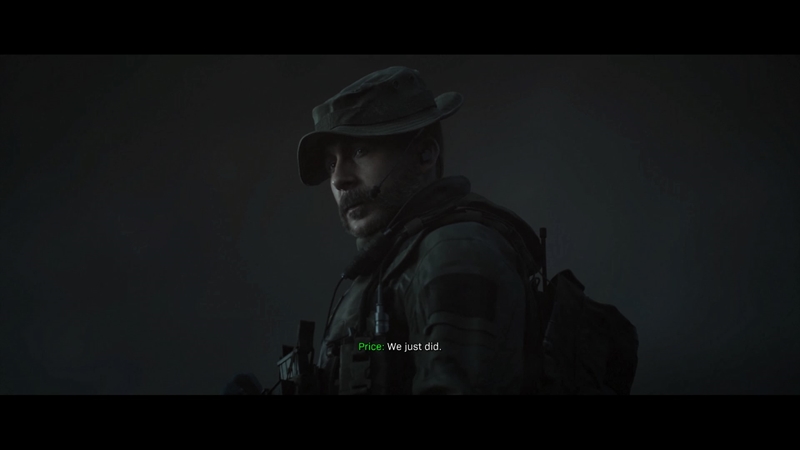 No Modern Warfare review, much less a reboot, would be complete without talking about the man himself: Captain John Price. Previously introduced to us as the leader of the peerless Task Force 141, the reimagined Captain Price has already seen his fair share of combat in this prequel.

Also, I would amusingly suggest that he's the real protagonist of the game, and not the player.

The decisions that he makes and the lines he draws...they're on a whole new level from those of the man we thought we knew. Players get a front row seat to all of this, watching how the developers expand and flesh out this iconic character. He does have his usual moments of sheer decisiveness and badassery as we would expect, but he's also more of a mentor to the player than he ever was. He teaches the player's character many lessons about the harshness of the world, about how "we get dirty, and the world stays clean". 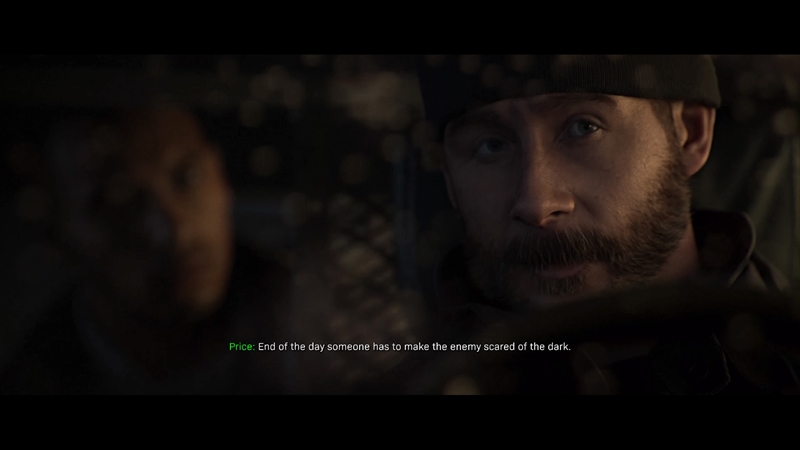 Of course, he isn't without a shred of humanity. There are several points where he offers the player an "out" from an ethically challenging situation if they so wish, and this degree of compassion, no matter how small, helps set him apart from just being a cold-blooded killer.

On the whole, I really loved what Activision has done with him, and by the end of the campaign, had developed a whole new tier of respect for the character. Taking such an iconic character down a similar-yet-different road is no easy feat, especially if he's already somewhat established, but I felt the folks at Activision have pulled it off flawlessly in this regard. My hat's off to them.

You're not playing a game

No; you're living an experience. Modern Warfare's gameplay offers so much more than just grizzled soldiers hunkering down, shooting terrorists and saving the world.

As mentioned at the start: you do whatever it takes to survive, and win. 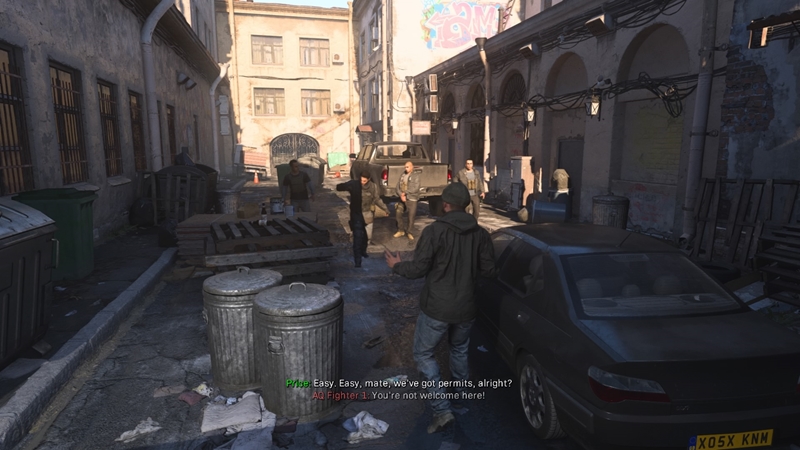 Minor spoilers here, but there's no other way to make this point. MW makes you wear so many different hats throughout the game. From having young children murder an intruder in their home, to threatening a terrorist by using his family, you do everything in your power to get the job done. Hiding in flowerbeds, playing dead amongst corpses, shooting out the lights to avoid being seen - "all is fair in love and war", so they say. To be frank, some parts of the game are eerie, frightening experiences quite akin to a horror title, where you know the slightest misstep could very well get you killed.

In a word, you feel vulnerable, and manipulating the flow such that players have no choice but to embrace it - I would consider that Modern Warfare's greatest claim to fame.

Now that the campaign is over and done with, let's talk about the other end of the gameplay spectrum: Multiplayer. For players like me who haven't really "hunkered down" and played since Modern Warfare 3, it might be quite difficult to adapt to the medley of new customisation options, although this can be remedied with some (read: a lot of) practice. More specifically, the interface is called the Gunsmith now. 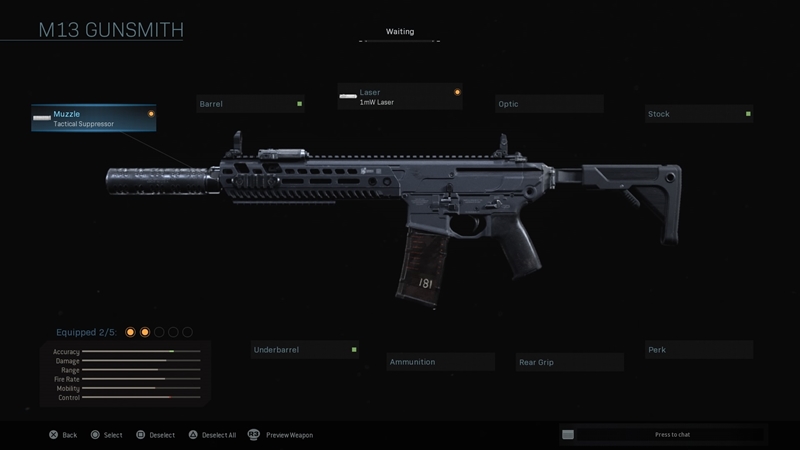 Apart from the name change, this bit hasn't seen much change from the preceding Black Ops 4, with one exception. With every action and movement in-game slowed down to more realistic levels, the game will actually make you sweat the small stuff now, like "time to Aim-Down-Sights (ADS)". Equipping some attachments will sometimes mean you take that little smidge longer to ADS, and as we all know - even the briefest of delays is punished heavily in PvP matches, especially those of FPS titles.

There's a silver lining though. While the lower ADS speed means the game is generally more punishing if you mistime it, it also means players can't really cheese out kills by "quickscoping" anymore, and I thank the heavens for that. There's now a lot more focus on actually picking your battles properly, and that's more tactical, instead of just barging into random houses and massacring enemies with some janky shots that don't exactly make sense. 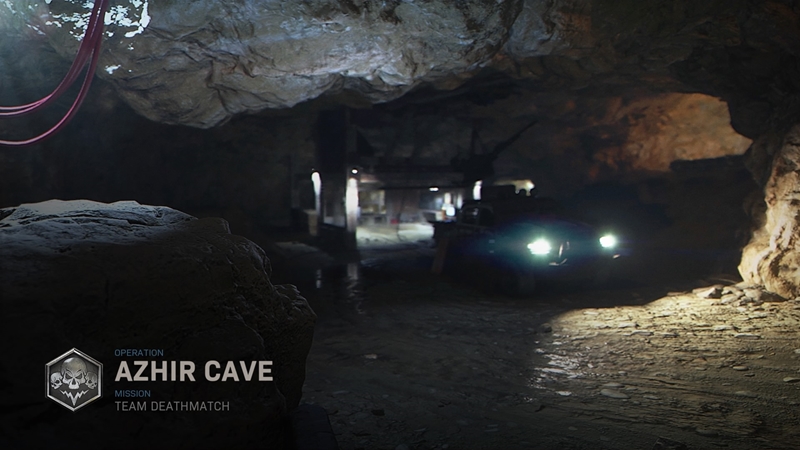 Weirdly enough, even with everything being slower per se, the matches are still as fast-paced as you would expect from a Call of Duty title. Usual stuff like Team Deathmatch, Domination and suchlike are already frantic, but it gets even crazier with the new 20-player modes. It's like airdropping into a highly populated area on Apex Legends - everyone is scrambling around in a frenzy - for the entire match, that is. All that, and I haven't even started talking about the night maps. Those are twice as nuts, where everyone runs about with night vision goggles, but it was amazing fun. On a side note, I would have killed a lot of my teammates had friendly fire been on. Just goes to show how rusty I am.

There's also the predominant "camping" problem, where people hole up in one corner for the entire match and just prey on passing players - that nut is one they haven't cracked since the very start, and probably never will. But as expected, the Modern Warfare subreddit has picked up on that too. So, if you got a bit of time to kill, we've compiled some amusing entries you can check out. Bring some popcorn.

Copy that. We're moving out. 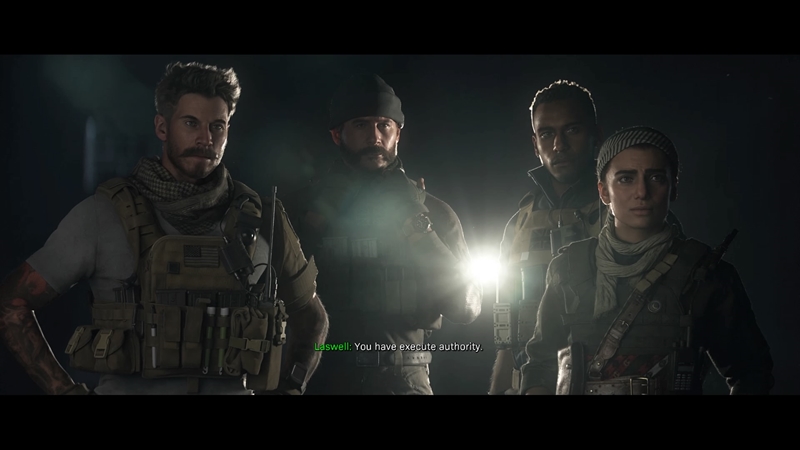 With that said, it's about time we brought this to an end. In a nutshell, Call of Duty: Modern Warfare has very few flaws, and even the ones that we can identify, like the slow, time-consuming movement speeds, might actually be there on purpose. Granted, the campaign still doesn't offer much replayability beyond the first playthrough - but hey, Multiplayer becomes the main attraction after clearing it anyway.

On the topic of realism - oh, MW is "real" all right, such that it is scary to some degree. Playing it gave me the chills sometimes, and it wasn't because of the room temperature. The multiplayer plays a similar game, keeping players on their toes even with movement dialed down, making for a refreshing, but still uniquely-Call of Duty experience. Long story short, the game has well earned its right to be called a prequel to the masterpiece that was the original Modern Warfare. So, if you're still on the fence about buying it, go pick up a copy.

Because, as Captain Price quips, "You wanted the gloves off? They're off.".