Review: The Bosch Unlimited cordless vacuum costs more than a Dyson. Is it better?

The Bosch Unlimited vacuum cleaner costs more than a Dyson. Is it better? 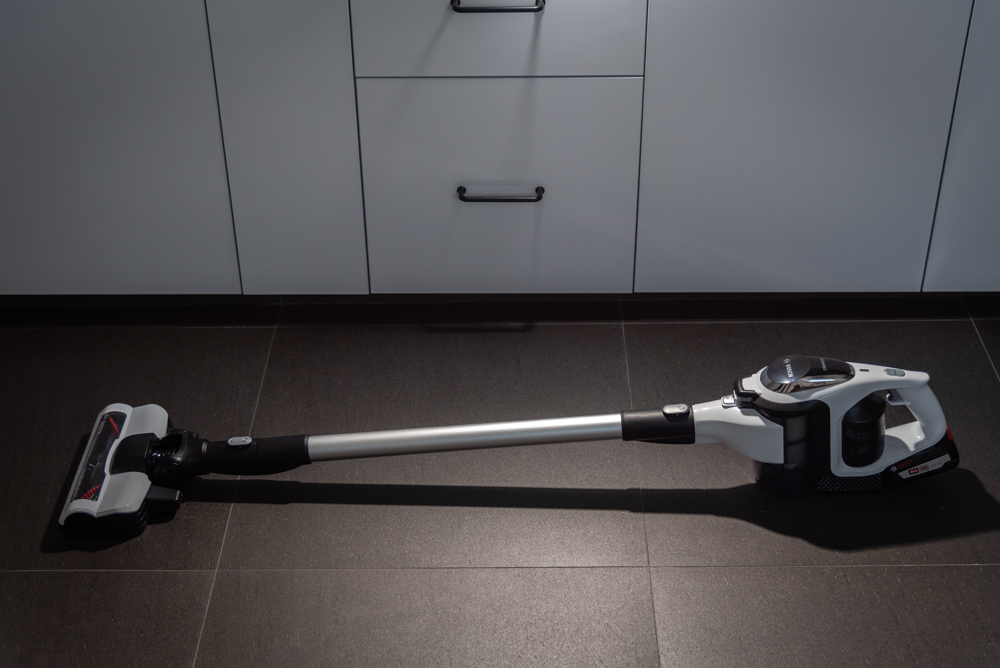 If you want to blow a thousand dollars on a vacuum cleaner, you now have another option besides Dyson. The Bosch Unlimited vacuum cleaner costs a pretty S$1,399, even more than the flagship Dyson V10 Absolute+, which costs S$1,199.

Something that money will buy you is elegance. If the Dyson V10 looks like a Japanese sports car with its exposed innards and bright highlights, the Bosch looks like a European luxury sedan. It’s white, minimalist, and tasteful. It also has a glossy coat, which appears to protect it from smudges. 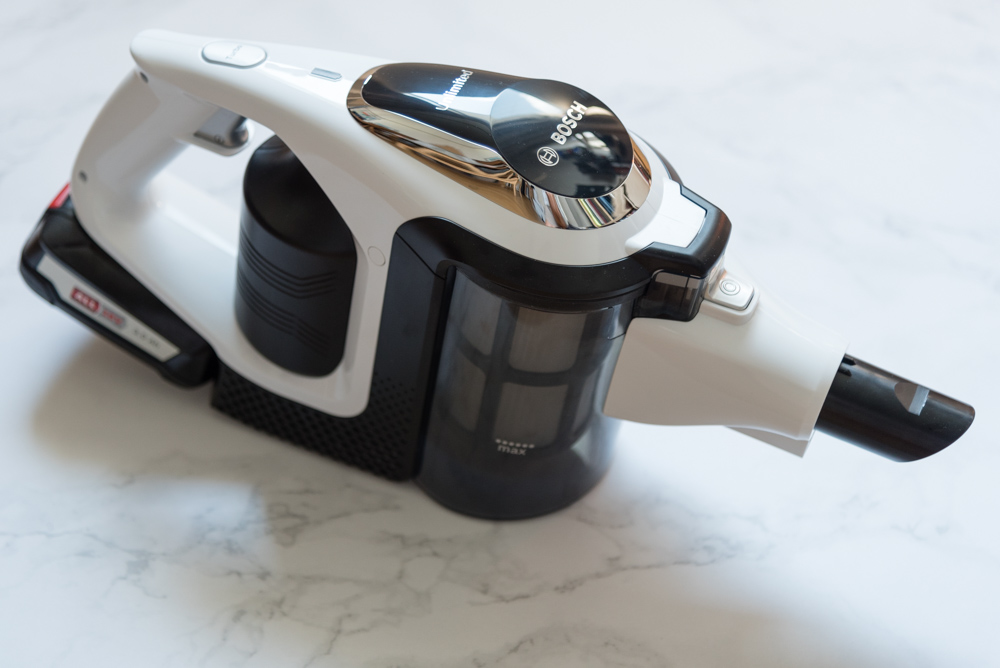 In comparison to the vacuum’s heaviness, the Unlimited’s roller cleaner head is delightfully dexterous. The head glides gracefully across the floor, thanks to four wheels on the bottom. It twists and turns into corners as deftly as a dancer. Until it meets a carpet. Then it stumbles and gets stuck. 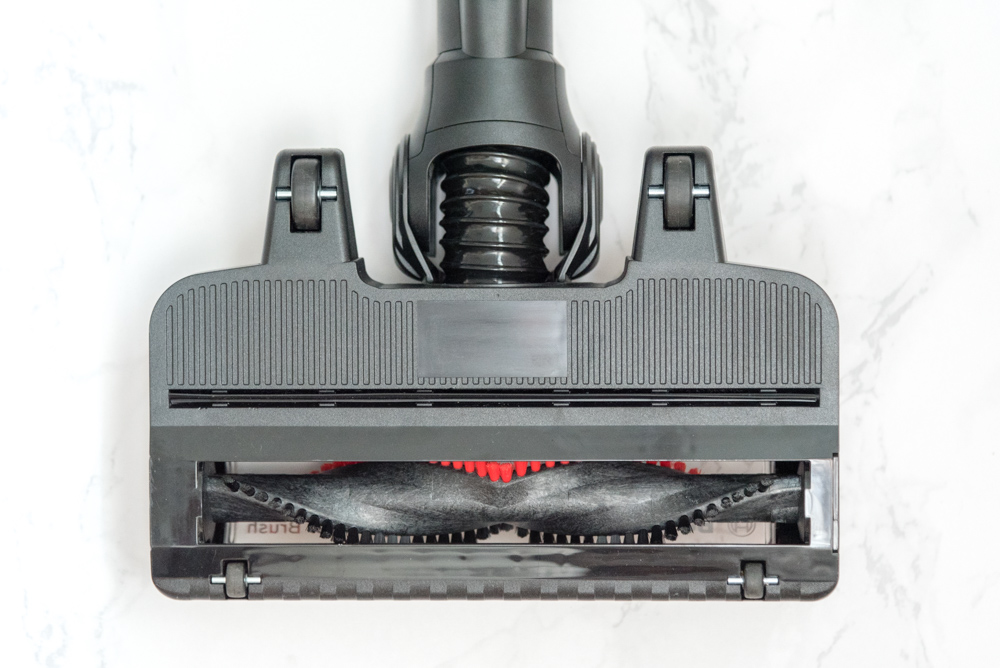 You’ll find the Bosch Unlimited a quiet worker. While the Dyson sings in a diminutive high-pitched voice, the Unlimited does a sort of soft whirring hum. My wife, who hears better than I do, prefers the Unlimited’s sound to the Dyson’s.

The Bosch Unlimited has other advantages over the Dyson. Unlike the Dyson, the Unlimited’s trigger can be locked down so you don’t get finger fatigue. You can also clean without any accessories attached, something the Dyson can’t do.

The battery can also be swapped out, so you can keep cleaning for longer. The Dyson’s battery is built-in and can’t be removed. A removable battery also means that when it eventually dies, you won’t need to bring the vacuum into the shop — just buy a new battery. The Bosch Unlimited shares the same battery pack as Bosch’s 18-volt home and garden cordless tools. The charger is pretty hardcore. It’s big, and an internal fan spins as the battery charges. And it only takes 60 minutes to top up a flat battery. 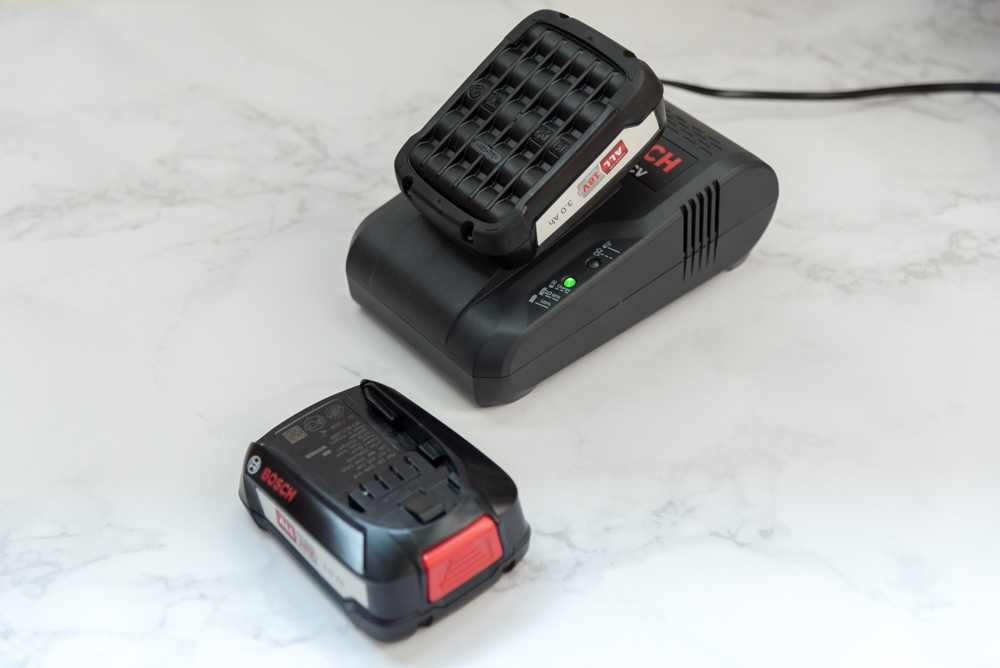 It’s nice to be able to swap batteries and extend battery life, but you might not even need to do that. I got an average of 50 minutes from the Bosch Unlimited on its Standard setting, and about nine minutes on Turbo. This is comparable with the Dyson V10’s run-time.

But there are two things about the Bosch Unlimited that make me hesitate to recommend it. The first is that it’s inconvenient to empty the Unlimited’s bin. First, you have to separate the vacuum into two, then you have to twist open the bin, which you overturn to empty. On the Dyson V10, you remove any attachments you have and simply push a lever to open the canister’s lid. 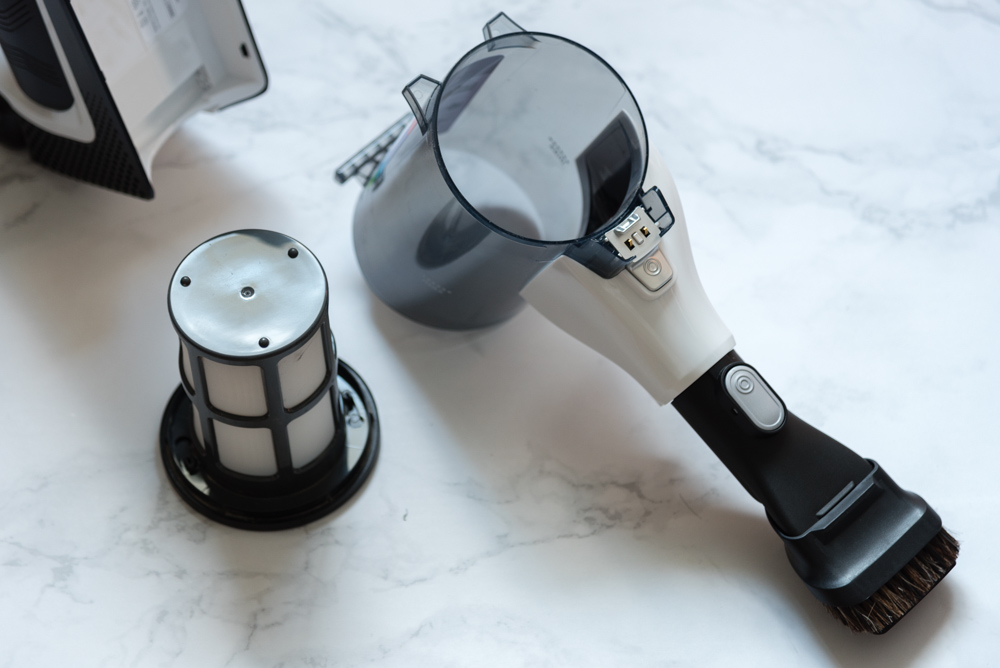 The second is that Bosch is measly with the extra attachments. For S$1,399 you get a combination nozzle and a crevice nozzle, besides the roller cleaner tool. Granted, you also get two batteries and a docking station. But for S$1,199, the Dyson V10 Absolute+ comes with seven extra accessories, in addition to a soft roller cleaner head. Dyson even throws in a tool bag.

The Bosch Unlimited is a good machine. It’s beautifully made, quiet, and has excellent run-time. And it’s useful to swap and extend battery life for a longer day of cleaning. But to cost even more than a Dyson, I’d expect its bin system to be as easy to use as Dyson’s, and its attachments to be as generous. 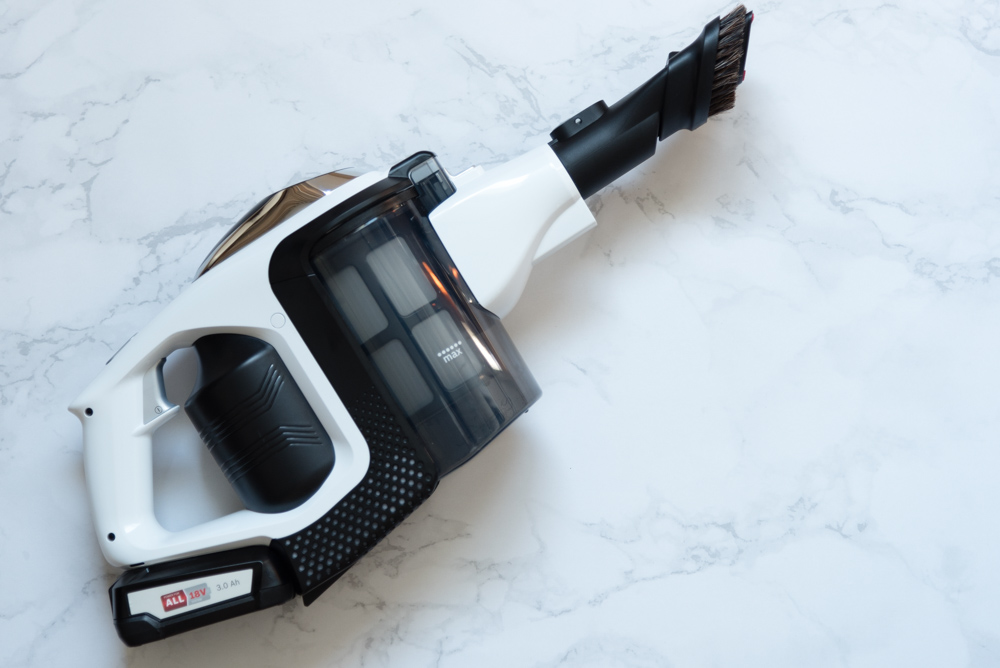