Review: Be the best and beat the rest with the Tokyo 2020 Olympic Games 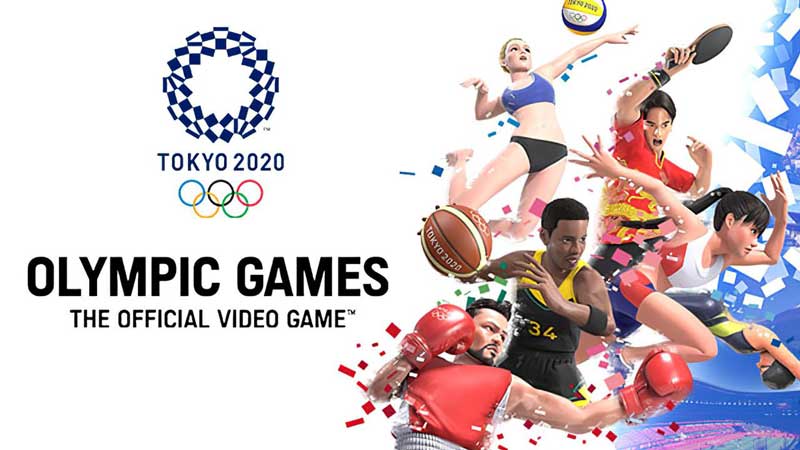 Ah, the Olympics. A time when professional athletes battle it out in the big leagues, and newspapers’ sport sections pull out their best puns for the occasion. It’s also time for Sega to dust off that Olympic Games license and finally put it to use, after skipping the 2016 Olympic Games in Rio.

I have to admit, this was my first time playing an official Olympic video game, despite the series having a long history of releases that dates back to Hyper Olympic ‘84 in 1984. I wasn’t expecting too much from this as a result, but it turned out to be a neat surprise. This is a wholesome good time, with slick arcade-style gameplay that gets the job done. 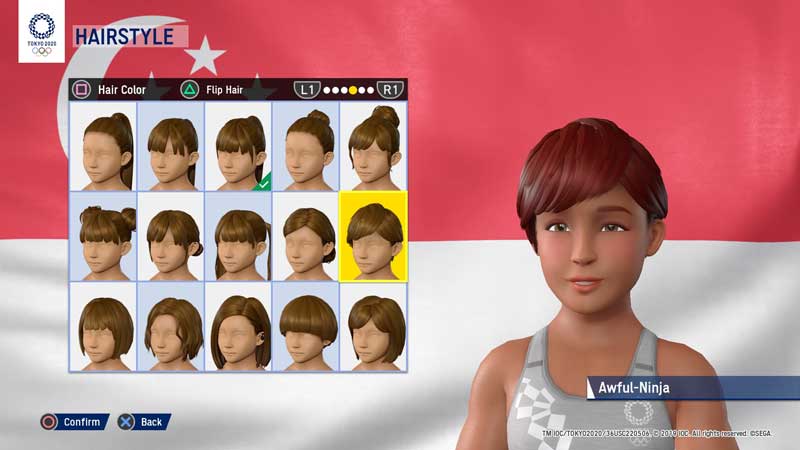 One thing I want to quickly highlight is how amazing the customisation in this game can be. Right off the bat, the game delivers almost a hundred different options for how you want your character to look, from different body sizes, genders, hair styles and eyebrow colours.

You can also change how your character looks at any point in the game, and even unlock additional pieces of clothing via points awarded by playing through all the sports mini games. The best part of it all is that this game allows all this customisation into the mini games as well. You want to go swimming in a steampunk suit, cape and all? Why not? Perhaps you want to do long jumps in a bikini? Sounds painful, but go for it! 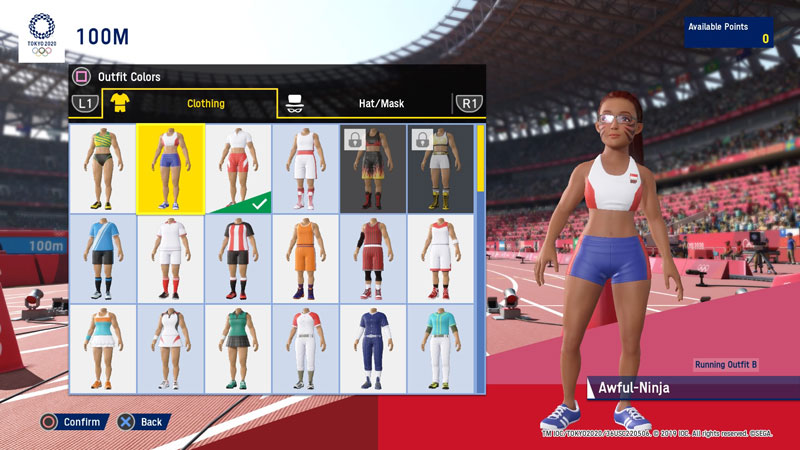 You can pretty much take all the customisation in this game and run with it, and that’s half the fun. You’ll meet all sorts of types in online mode and maybe that sacrifices some sense of serious realism in the gameplay, but this isn’t a serious or realistic game anyway.

Take me to the ball game 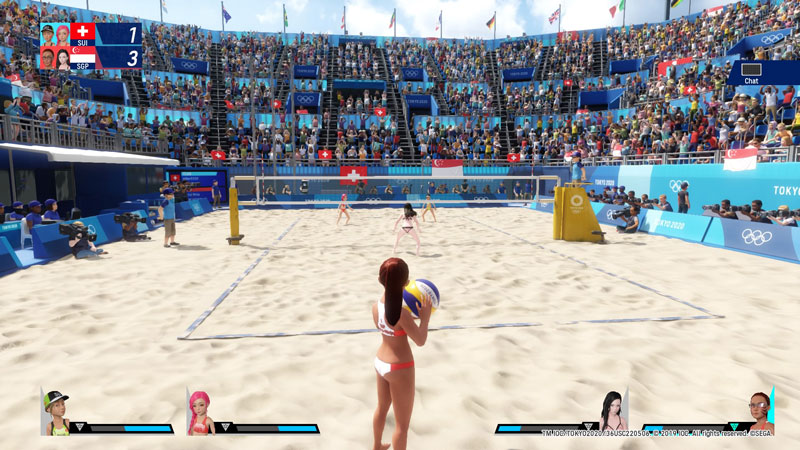 Olympic Games Tokyo 2020 has an impressive variety of mini games to play through. Just a couple of the sports games available are 100m and 200m track, long jump, boxing, beach volleyball and tennis. Not all of them are equally fun (looking at you, long jumps), but they provide enough variety gameplay-wise that you’ll never have to feel like you’re doing the same thing over and over again.

Each mini game plays differently, and you can compile different games into a custom medley to play through for points and medals. Some games are simple fun, like BMX racing, which simply requires you to mash the X button and flick your left stick up every once in a while to perform jumps. 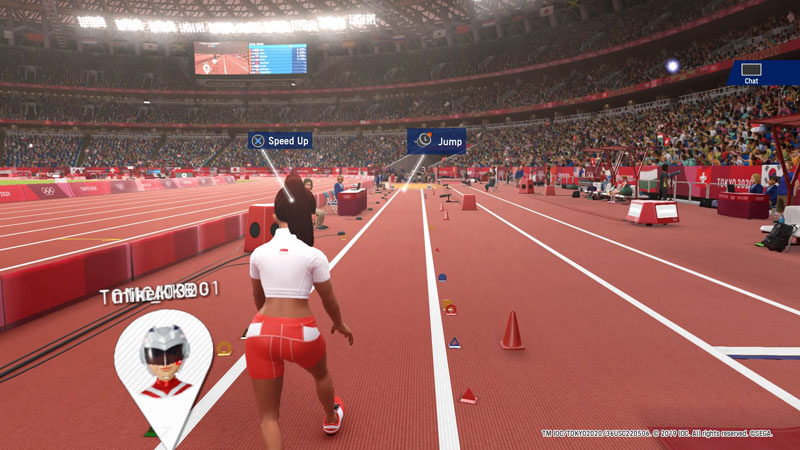 On the other hand, games like baseball can be a little more complicated, and actually frustrating because the controls don’t quite work the way you want them to. For example, long jumps require you to mash X while running, and then flick your left stick in a 45 degree angle to nail a good jump. Why, just why? It’s endlessly frustrating to not be able to get that perfect 45 degree flick. Why can’t I just press a button to jump instead?

Some games take more getting used to than others, but practice makes perfect, after all. Eventually, you’ll master those long jumps (even if those controls aren’t great) and get a couple gold medals out of it. It’s shallow fun with shallow controls. 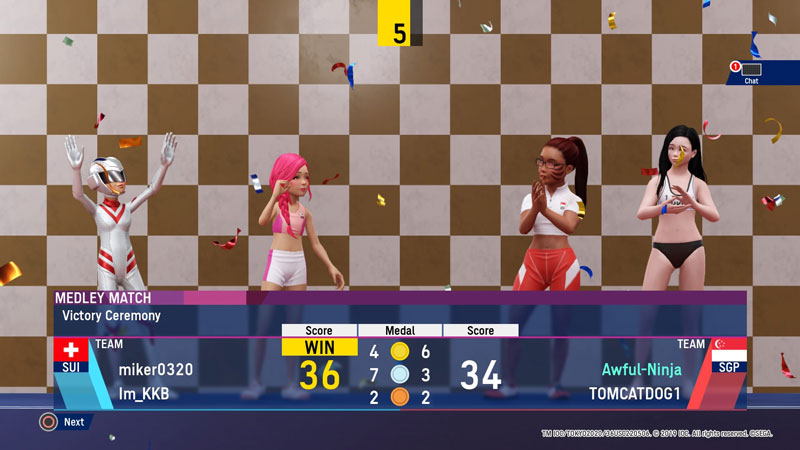 Honestly, if you’re thinking of getting this game and playing it solo, you might want to hold off. Olympic Games Tokyo 2020 might give you a couple of hours of fun, but it can’t really offer you much more than that.

Where this game shines in particular, is in its multiplayer (online or local co-op). That’s where the spirit of competition kicks in and things get a whole lot more fun. Mini games like soccer and baseball are nowhere near as deep or complex as their FIFA and MLB The Show counterparts, but therein lies the fun of it all.

There’s no deep thinking here, no winning meta or strategy. Whoever mashes X the quickest, wins the game. Games like Mario Party thrive on this type of arcade-y gameplay for a reason, and this game knows it. It’s just too much fun to shout at each other on the couch mashing X, or going online to see if you can stand amongst the best. 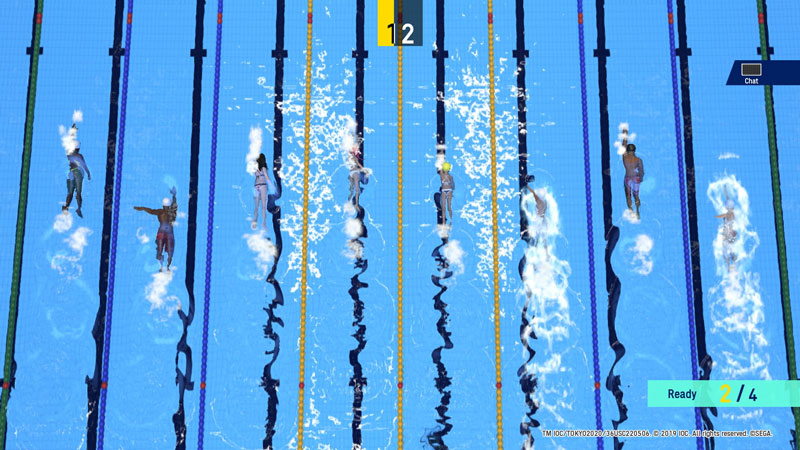 Olympic Games Tokyo 2020 is not exactly as serious or complex as I expected an ‘official Olympic video game’ to be. It’s simply a lot of Mario Party-esque mini game-playing fun, with an extensive customisation system tacked on to boot. It won’t keep you playing for the year leading up to the Olympic Games Tokyo in 2020, but it will give you a couple of hours of amusement here and there. For S$59.90, though? Maybe you’re better off waiting for a sale.

Write a Review
Compare This | Specifications
Extensive customisation
Great mini games
A lot of fun in local co-op
Mini games are quite shallow
Does not have much content besides the mini games and customisation
Playing solo is boring
Our articles may contain affiliate links. If you buy through these links, we may earn a small commission.
Sponsored Links