Building an island paradise from scratch 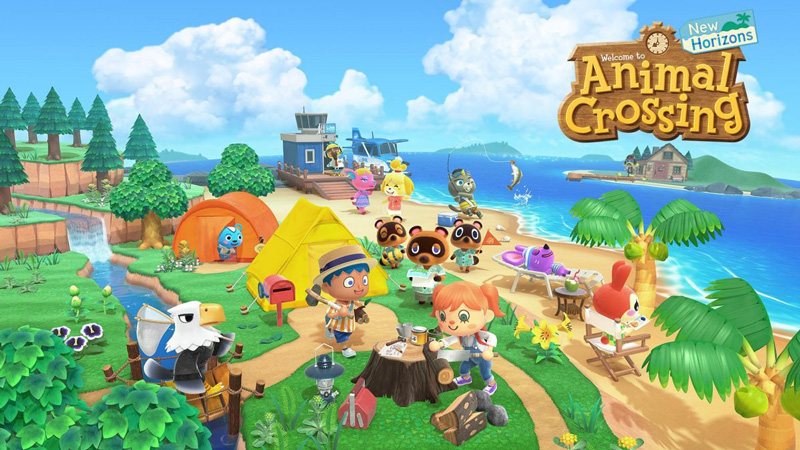 If I were to describe Animal Crossing: New Horizons in one word, it would be cosy.

This is the cosiest, comfiest warmest ray of sunshine you will ever enjoy. This game is a hot cup of cocoa on a cold rainy day. This game is a fuzzy blanket after a long day of work. It’s a hot plate of your mother’s cooking. It is every dewdrop on a field of grass in the morning. It’s the opposite of the Game of Thrones finale.

Animal Crossing: New Horizons is a lovely game that’s hard to dislike, despite several flaws that are equally hard to ignore. The game does feel like it was dragged kicking and screaming into 2020, due to an awful implementation of online multiplayer and a couple of frustrating quality of life problems. Regardless, none of these issues kept me from coming back everyday to live my fullest virtual life on Tom Nook’s debt-ridden island getaway.

I don’t understand how this game works. Where are the guns? 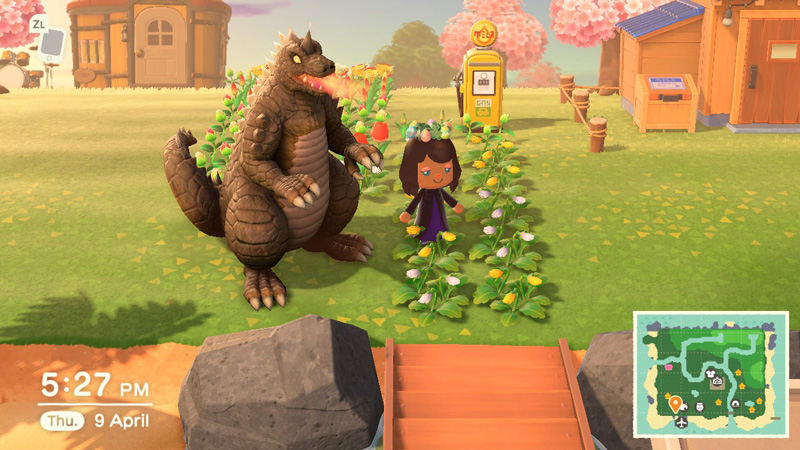 Animal Crossing is a life simulator similar to games like Stardew Valley, Harvest Moon, Rune Factory, and The Sims. You basically just spend your days doing chores and decorating your island in imaginative ways while time passes by in real time. Each real-life day brings new resources, new things to do and potentially new villagers moving to your island - depending on whether you actually want them or not.

At first, your goals are laid out clearly before you. You play as someone who got sick of city life and moved to a tropical paradise for a lengthy vacation. Almost immediately, you find yourself in debt to the money-grubbing but extremely adorable raccoon Tom Nook, and his two ambiguously related partners, Tommy and Timmy. You’re now on a lovely island with two other villagers, and quickly get put in charge of cleaning the place up and making it the paradise you know it can be.

If you’ve played the Sims and Harvest Moon, you know the deal with life simulators. You start small and messy, and build up to something big, beautiful and entirely of your own creation. Here, you build up a small island to a bustling little village filled with cute animal characters, shops, houses and furniture. That begins with a humble tent and an island full of weeds and resources to mine for. The game feels heavily scripted during its early hours - handing you one goal after another with no rest in between. Collect some Bells and pay your moving-in debts. Collect some wood and make some tools. Mark spots for neighbours to move in. Perform tasks to get new shops built on the island. You get the idea.

Build the island paradise of your dreams 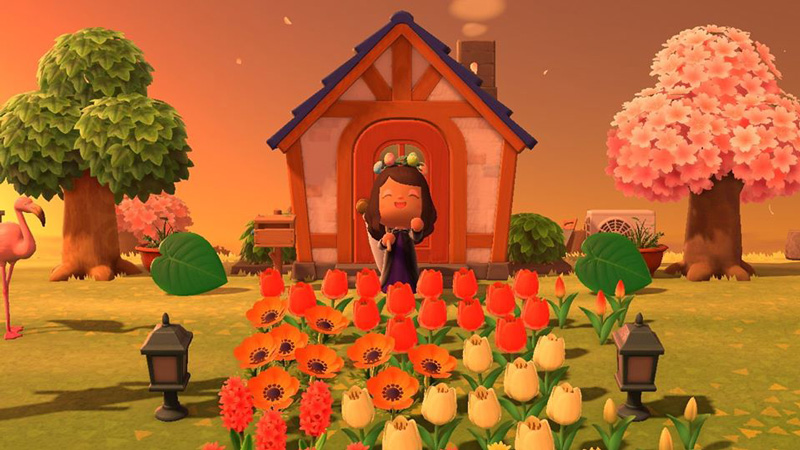 These goals help you along the tutorial sections of the game, giving you a straightforward path through all the nooks and crannies of New Horizons’ mechanics. Eventually however, the credits roll and the objectives stop coming (maybe a month or less into the game) - but you’ll quickly realise that your adventures have just begun.

Animal Crossing: New Horizons puts you in a literal sandbox, with an entire island to shape however you want. Doing menial chores like digging up fossils and watering plants might seem exhausting at first. However, the game not only manages to make these activities fun, but a deeply addictive and fundamental part of gameplay to boot. Toss in gorgeous visuals, eye-catching animations and satisfying rewards into the mix, and you’ve got yourself a game you simply can’t put down.

I found myself running out of things to do on my island every once in a while, only to come back later just to walk around and fish for an hour. That’s how addictive this game's wholesome atmosphere is.

Write a Review
Compare This | Specifications
Villagers have tons of personality
Beautiful visuals
Lovely art style and warm atmosphere
You could literally play it forever, redesigning your island however you want
Might be the cutest game ever?
Online mode is horrifically antiquated
Local co-op is badly implemented
Has a ton of quality of life issues, such as having to craft one item at a time and clicking through the same speech bubbles dozens of times
Bunny Day
Our articles may contain affiliate links. If you buy through these links, we may earn a small commission.
Sponsored Links