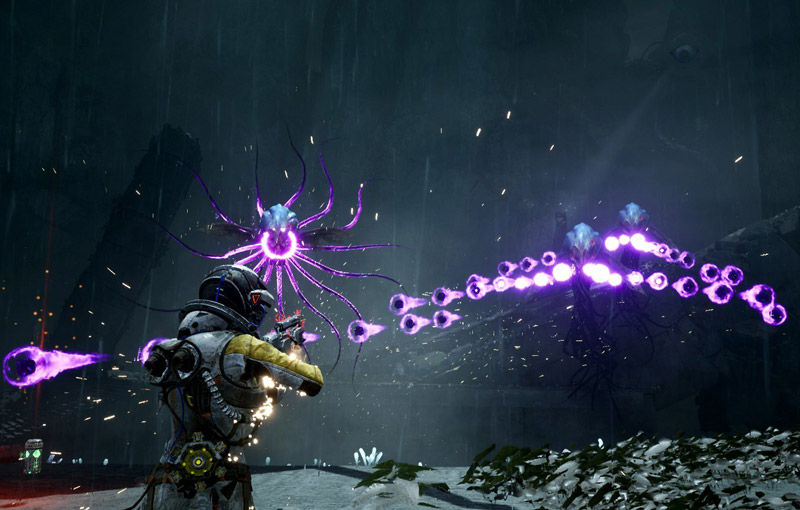 This is like a videogame version of Prometheus, except that it's actually good.

Sony’s latest PlayStation 5 exclusive is Returnal, a sci-fi game that takes players on a tour through a strange extraterrestrial planet, where monsters crawl out of eldritch horror to greet them with some friendly murder. I wasn’t totally sure what to expect going into this game - I’d only seen a couple of enigmatic trailers beforehand - but this ended up being one of my favourite gaming experiences in a long time. The sum of its collective parts feels so fresh and unique in Sony’s tiny current-gen library of exclusives.

It’s also brutally difficult, which would be totally fine if it were an issue of skill, but it's more of an issue of luck.

Yesterday was Tuesday, right? But today is Tuesday, too! 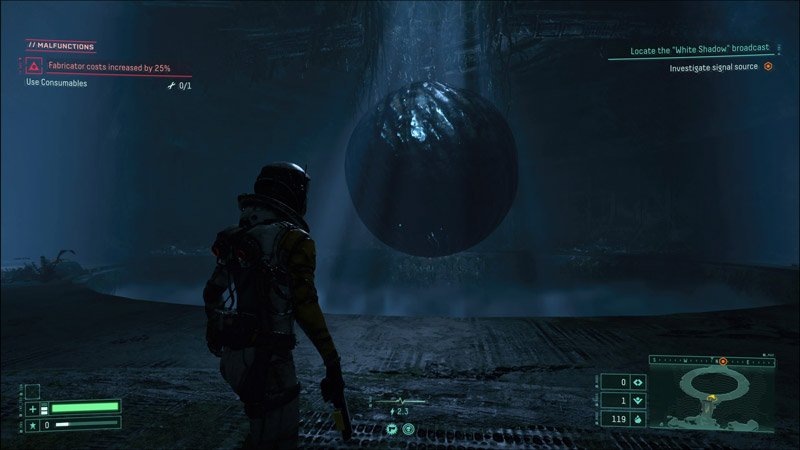 Returnal puts you in the spaceboots of ASTRA Scout Selene, an explorer and scientist who crash-lands on a foreign planet called Atropos. Alone and armed only with a pistol, she ventures out from her downed ship to explore new surroundings only to encounter a colourful variety of flora and fauna, most of which are hellbent on ripping her to pieces. She dies eventually - because believe me, no one’s good enough to beat this game on their very first try without dying at least once - and suddenly awakens at her ship again. Time has been reset. It’s a Groundhog Day time loop situation, but in outer space!

The first thing you need to know about Returnal’s narrative is that it unfolds extremely slowly, thanks to the roguelite genre this game is nestled into. Every time Selene dies and awakens next to her ship, she loses all of her weapons, progress and upgrades - essentially starting from scratch with each new life. Atropos also has an annoying habit of rearranging itself everytime you die, so getting to an objective is never so simple as following the same route you took last time. A simple point of comparison is Hades, another roguelite game that came out recently and became a smash success - but even that game let you upgrade weapons and Zagreus’ abilities in between runs. Returnal is not so merciful.

Because of this gameplay structure, you’re most often fed new chunks of Returnal’s story every time you travel to a new biome in Atropos or beat a boss - and obviously, that gets progressively harder the more you play the game. I beat Returnal’s first boss in my first five or so runs, at which point I finally got to enter the game’s second biome (there are six in total) and then promptly died. I didn’t end up advancing the story until my 12th or so run when I beat the second biome’s boss, and there was an even longer gap between that and the third biome’s boss. 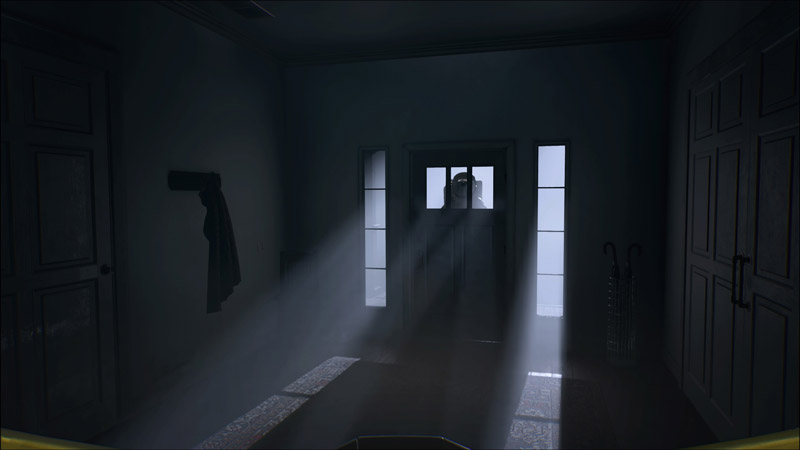 You get the idea: Returnal’s story is drip-fed to you in the form of compounding mysteries and in-game lore regarding Atropos and its machinations, and it’s all fascinating enough to keep you going - but it can be frustrating when you realise the next portion of the story is probably six or seven hours away, and you spend those hours making runs through Atropos that ultimately amount to nothing. I’m not knocking it, though. That’s the nature of this genre. Despite its frustratingly slow pace, Returnal’s narrative tugs you along with key mysteries regarding Selene’s background and how she ended up on the planet.

In the first biome, you might end up stumbling upon a 21st century farmhouse - which looks eerily out of place in the unearthly, H.R. Giger-like visuals of these environments. You’ll explore the house over a number of bone-chilling first-person sequences, which are an absolutely brilliant way of unearthing Selene’s origins and how she came to be a part of ASTRA in the first place. My only complaint is that despite all the anticipation Returnal builds up to answering the questions it raises, the story doesn’t conclude in a very neat, or even remotely satisfying way. It reminds me of Control - perfect atmosphere all the way through, only for the narrative to fall apart at the very end.

Selene is one of the few recent game protagonists that really stood out to me, though. You don’t often play as a middle-aged, scientifically trained woman in a big sci-fi game like this, so watching her fearlessly traverse Atropos was a real treat. Of course, you can’t discount Jane Perry’s fantastic performance as Selene. Hers is the only voice you’ll hear for most of the game, but she injects so much personality into the role, so one could hardly complain. Whether Selene is discovering voice recordings of her past selves scattered throughout the planet, or curiously making note of a new kind of fauna she’s stumbled upon - Perry makes this character come alive.

Caution: do not touch the flying blue balls 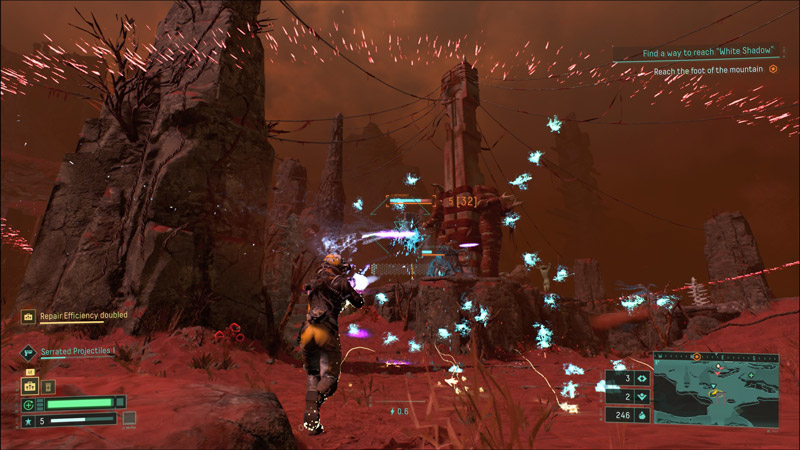 Atropos is a hostile planet through and through, and it doesn’t take long for Selene’s chase after an enigmatic signal broadcast in Atropos to become fraught with danger. Animal-like aliens with writhing red tentacles will bound towards Selene for an attack, while others spew energy bullets in patterns of all shapes and sizes from a distance. In terms of combat, Returnal is a third-person bullet hell shooter - and quite possibly the best I have ever played in that niche. The game’s third-person shooting is an addictive loop of juggling alt-fire cooldowns, active reloading (where you have to time a button press at just the right moment to reload faster), and unleashing absolute mayhem across diverse environments.

The weapons feel fantastic to use as well, thanks to one of the best implementations of the DualSense controller in a game I've seen yet. When you’re walking about rainy environments, you can feel the gentle pitter-patter on your controller and hear those droplets via the little speaker. There are even little rumbling cues to remind you that your alt-fire cooldown has ended, or when you’ve run out of ammo. There’s so much to keep track of in combat - from dodging and sprinting to Selene’s powerful melee attack and the many perks and attributes that come with each weapon. The intensity of these combat encounters requires you to learn new attack patterns and weapon types on the fly without much preparation, but none of them feel insurmountable.

That’s saying nothing of the bosses! These foes present huge challenges and little combat puzzles to solve, but Returnal tees them up very well in each of their preceding biomes. 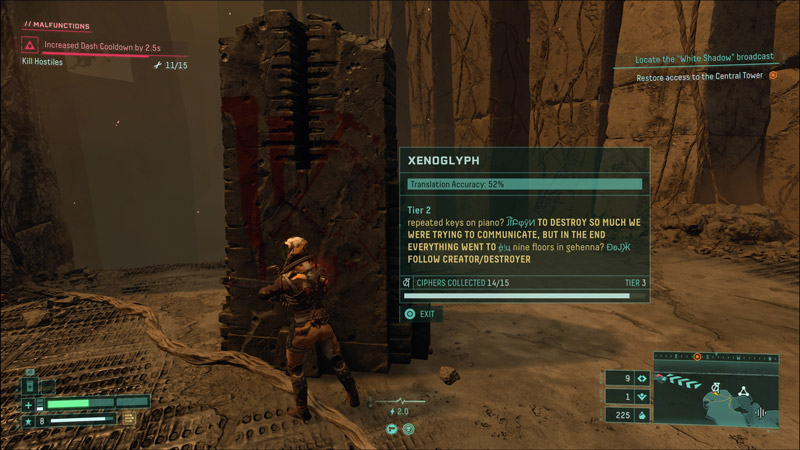 As I’ve mentioned before, Atropos is made up of six different biomes. If you’d like to win the game, all you have to do is traipse from one biome to the next, eliminating each of their bosses as you go until you reach the end (though there is a secret ending too). Biomes take different forms, taking Selene to wildly different parts of Atropos. Progress usually boils down to going down the ‘main path’ doors to reach the next biome. Alternatively, you could explore the ‘side path’ doors, which lead into special rooms housing items that might prove vital to a successful run.

Yes, these biomes are procedurally generated - but enough treks across Atropos will make you realise that the rooms themselves more or less stay the same, mixed and matched behind different ‘main’ and ‘side’ doors. Knowledge is power in Returnal, and you’ll notice yourself getting further in repeated runs because you recognised a certain corridor that was foreign to you last time, or learned exactly when to dodge a specific enemy attack.

I think Returnal’s biggest triumph are these biomes, and how radically they can alter the way gameplay feels depending on which biome you’re in. The first biome Overgrown Ruins for example, captures a creepy sci-fi horror feel with its claustrophobic, seemingly unending maze of corridors and tentacled creatures. The second biome Crimson Wastes is an immediate departure from this, being a Mad Max-like infinite red desert with much more open levels and environments, with more flying enemies and lots of space to move around.

I don’t want to spoil the third biome as it’s one of my favourite sci-fi game environments possibly ever, but I will say that one of the last few biomes felt like a disappointing repeat of something that came before. It really stuck out like a sore thumb, lacking the visual ingenuity Housemarque stuffed into its siblings. Middle child syndrome, I suppose.