They say an elephant never forgets and a leopard never changes its spots. So it should come as no surprise then that NVIDIA, so fond of renaming, rehashing and rebranding their products, has gone back to its old ways. And we are disappointed. Before CeBIT, rumors were rife about a new NVIDIA SKU and many speculated that the graphics giant has finally managed to scale its high-end GTX 200 down a notch to create mainstream, entry-level variants of GTX 200 cards. On the other hand, there were also rumors that they were going to rehash one of the older SKUs so that, you know, it'll appear to be new?

Unfortunately, NVIDIA has once again decided to opt for the easy way out. The latter rumor proved to be true and the brand 'new' GeForce GTS 250 that you see here has a GeForce 9800 GTX+ GPU core at its heart.

If you've already forgotten, the GeForce 9800 GTX+ was launched last year in June and it was itself a quick fix solution to ATI's Radeon HD 4850. In fact, the GeForce 9800 GTX+ is a refresh of the even older GeForce 9800 GTX based on the G92 and only differs from the latter in that it is manufactured using a 55nm process and is therefore able to accommodate higher clock speeds. One can hence trace the roots of this GeForce GTX 250 back to the venerable G80 architecture that debuted in the GeForce 8800 GTX in 2006. 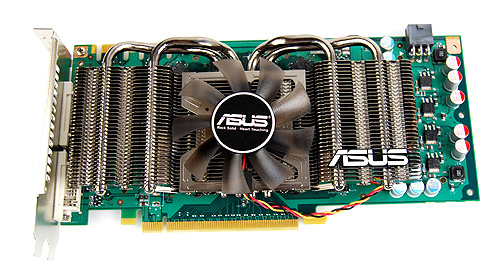