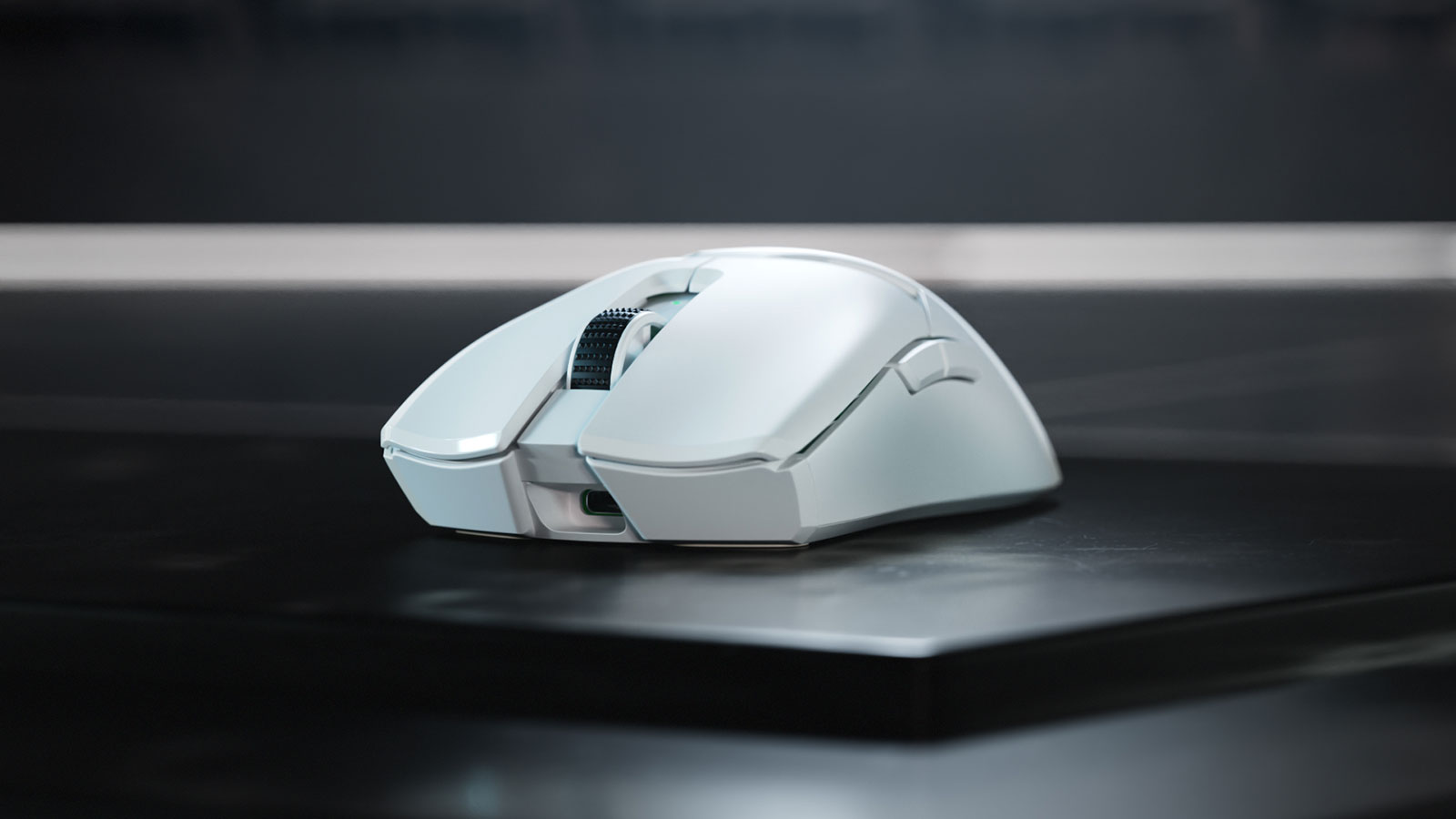 As light as it gets

The Logitech G Pro X Superlight finally has competition. Razer's Viper V2 Pro adheres to a very similar design philosophy as its rival, shedding features like RGB lighting in the interest of keeping the weight down.

Interestingly enough, both mice also have incredibly popular predecessors that arguably packed more features like ambidextrous side buttons, but something has got to go when you're aiming to make the lightest mouse you can.

The Viper V2 Pro weighs a mere 58g, just edging out the 63g G Pro X Superlight. Compared to the 74g Viper Ultimate, the difference in weight is immediately noticeable. The mouse feels far nimbler in hand, almost flying across the surface of your pad.

The pure PTFE feet that come with the mouse are an absolute delight, gliding smoothly with no scratchiness whatsoever. This is one mouse where you won't be hankering after any third-party feet, at least not before they begin to wear down. 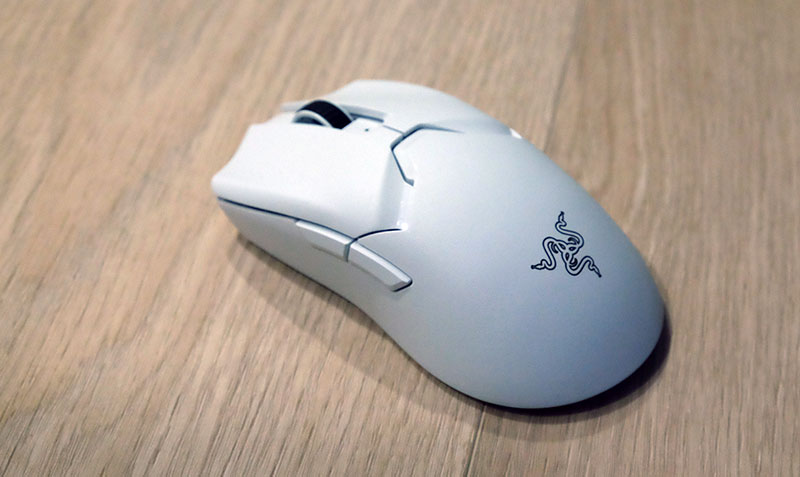 That aside, the mouse shares the exact same shape as the Viper Ultimate. It is long and with a low-profile, better suited to the palm grip than the claw or fingertip grips, especially if you have smaller hands. Nevertheless, this is a safe shape that shouldn't result in any too polarising opinions.

However, it is missing the rubber side grips on the Viper Ultimate, but the matte plastic now sports slightly more texture than before. Left-handers may also miss the side buttons on the right side of the mouse, but for the vast majority of gamers, this probably won't be an issue.

The mouse still feels as solid as ever, with no flexing or creaking anywhere. The scroll wheel uses spokes to further reduce weight, but it still feels pleasantly tactile with no wobble whatsoever. The optical switches sport minimal post-travel and have good feedback, and the same goes for the side buttons. Razer has paid attention to detail here, and the last thing you want is for the side buttons to completely sink into the side of the mouse.

The third-generation optical switches are rated for 90 million clicks. Unlike traditional mechanical switches, they rely on infrared light for actuation instead of metal contacts. This means that they are not susceptible to double-clicking issues further down the line, and also actuate quicker because there is no need for a debounce delay. Having said that, don't expect to see any tangible difference in-game. 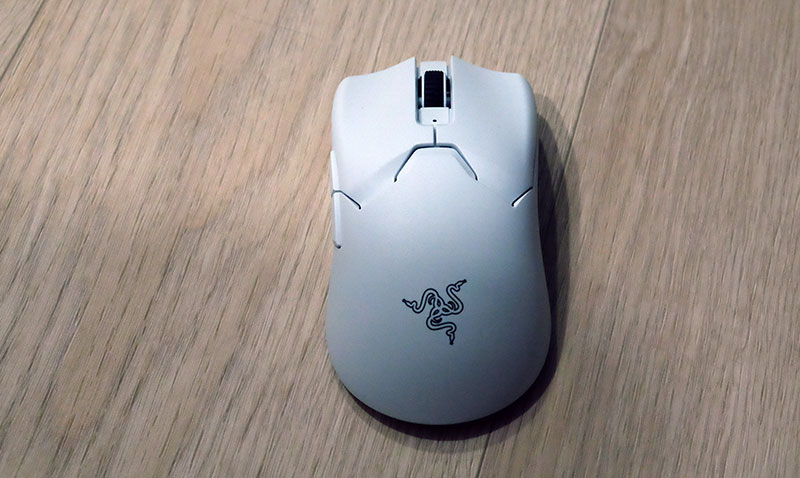 The Focus Pro 30K optical sensor is flawless as expected, with no skipping, acceleration, or jitter. Razer is clearly intending to stay ahead of the DPI wars here, although few folks will utilise the full 30,000 DPI. The sensor offers several advanced features that let you further customise things like the lift-off distance.

Asymmetric Cut-off now offers 26 granular levels of adjustments, so you can really fine-tune the lift-off distance. At the same time, Motion Sync syncs its signals to the exact intervals your PC extracts information, supposedly ensuring the most up-to-date reporting of your mouse position for more consistent tracking.

Battery life is rated at 80 hours, 10 more than the Viper Ultimate. Razer has also managed this with a smaller and lighter battery, a pretty impressive feat. It charges via the USB-C Speedflex cable, which is designed to be supple and flexible. That said, it is still quite a bit stiffer than one of those third-party paracord cables.

An included USB-C adapter lets you bring the dongle closer to you should you need a signal boost. The good news is that wireless performance has so far been excellent, with no dropped connections at all. The only thing missing is a compartment on the mouse to store the dongle, like on the G Pro X Superlight.

Razer has also decided to forgo the charging dock that came with the Viper Ultimate, so the charging isn't quite as fancy as before. 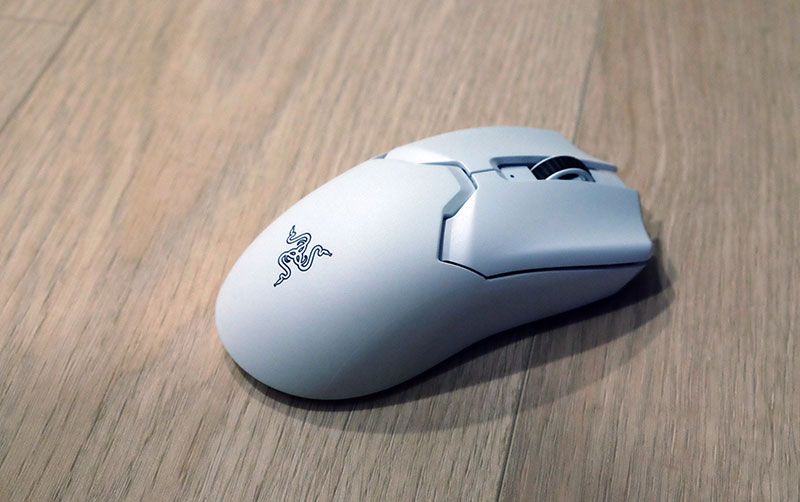 The Viper V2 Pro has split some segments of the community. On the one hand, Razer appears to be charging the same amount for fewer features, with the mouse costing a hefty S$229.90. On the other, this is still probably one of the lightest and best wireless gaming mice you can buy.

The lighter weight comes with a few tradeoffs, but I'm more than willing to sacrifice RGB lighting and a couple of buttons for a featherlight rodent. If you're in the market for a new wireless gaming mouse, this should be at the top of your list.

Write a Review
Compare This | Specifications
Exceptionally light
Comfortable shape
Lasting battery life
Impeccable wireless performance
Expensive
No charging dock included
No RGB lighting and ambidextrous side buttons
Our articles may contain affiliate links. If you buy through these links, we may earn a small commission.
Sponsored Links